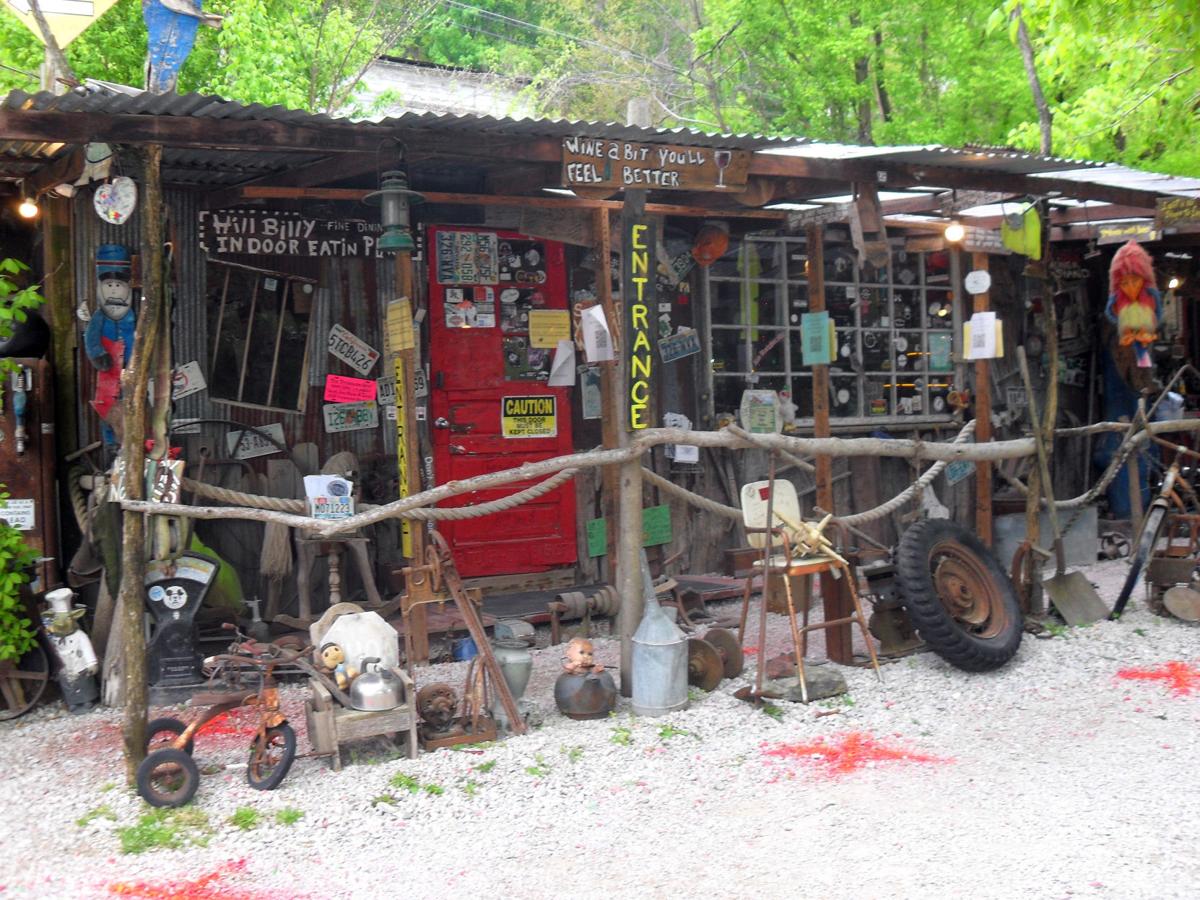 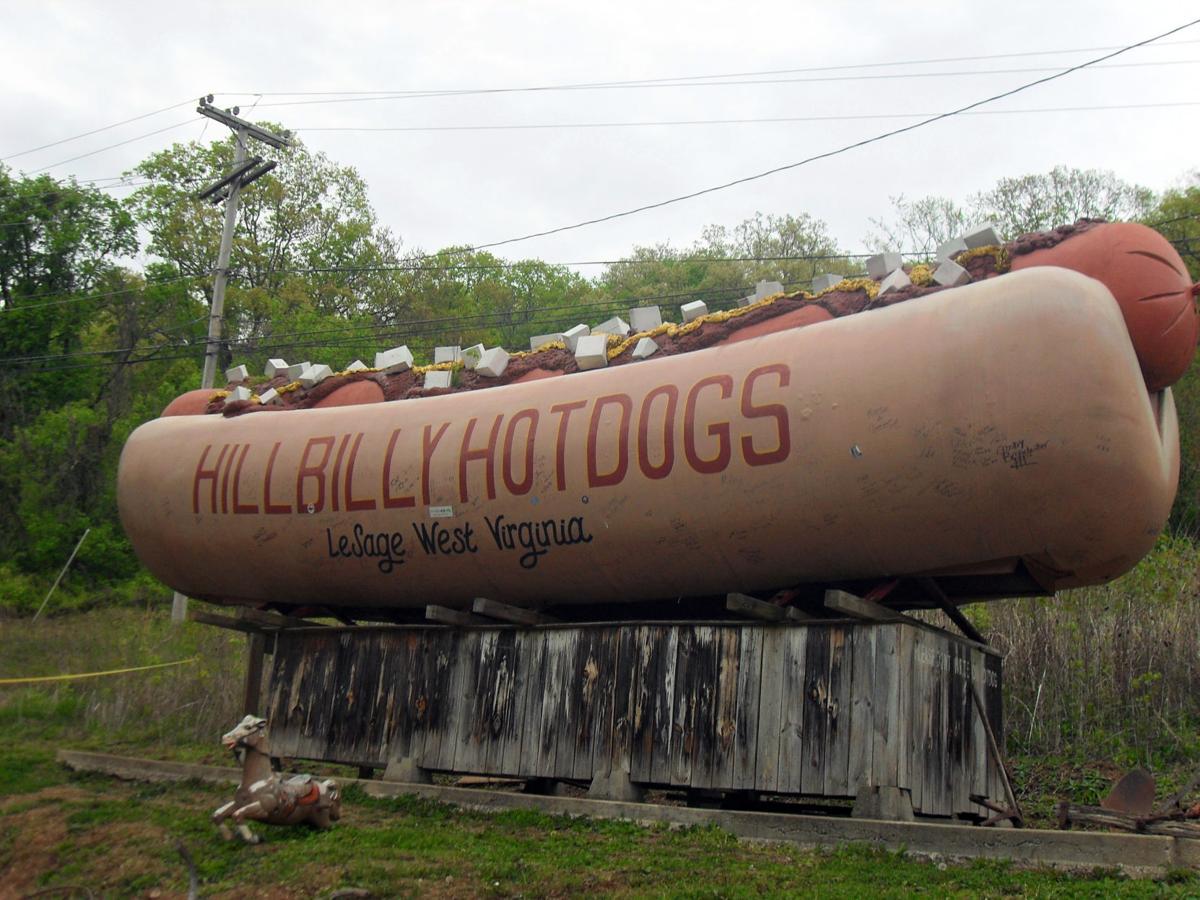 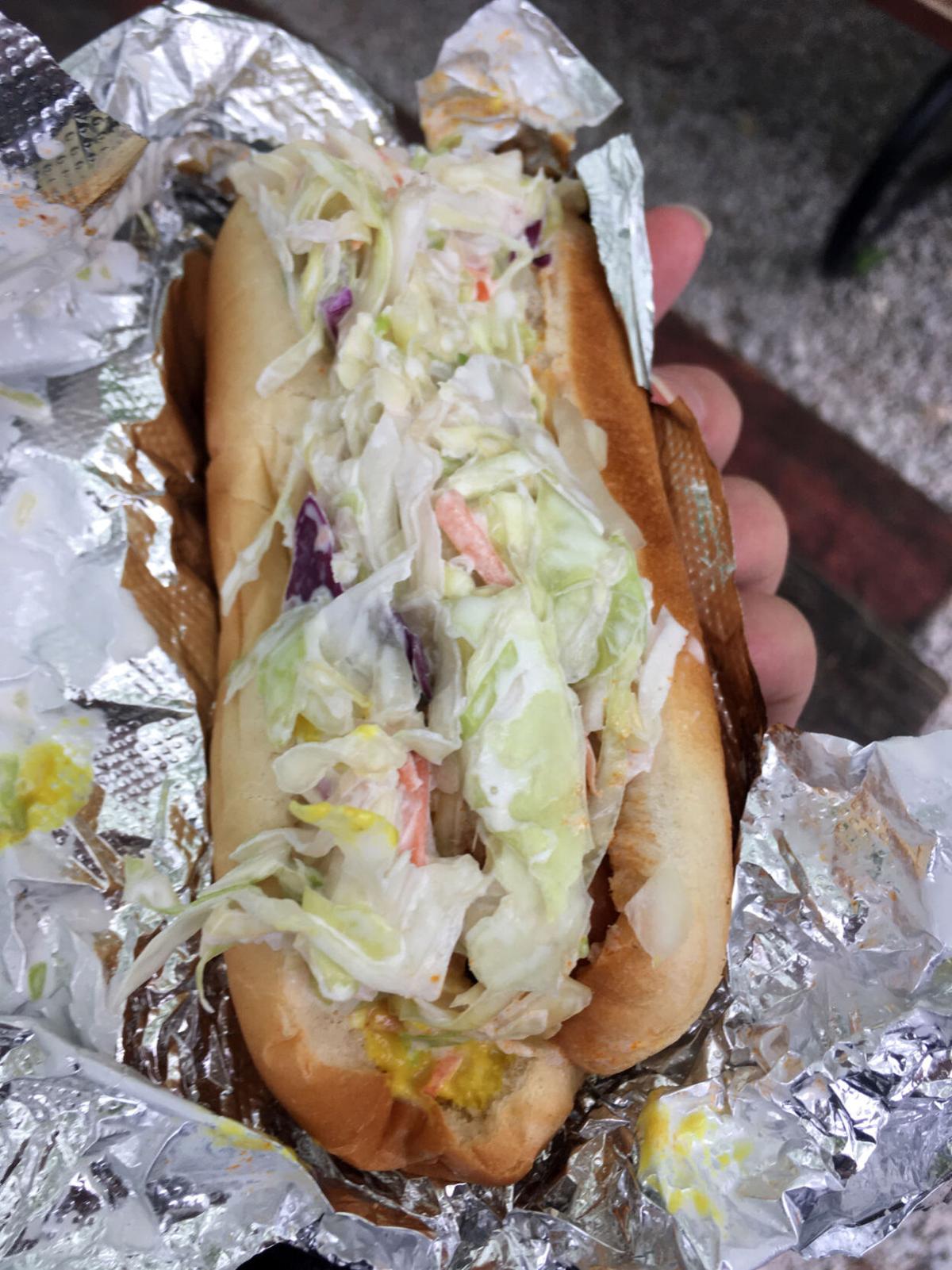 The West Virginia Dog -- with chili, mustard, onions and coleslaw -- is a classic at Hillbilly Hot Dogs in Lesage.

The West Virginia Dog -- with chili, mustard, onions and coleslaw -- is a classic at Hillbilly Hot Dogs in Lesage.

LESAGE — Coming up on its 22nd anniversary, one of West Virginia’s wildest restaurants is still going strong.

In September 1999, Sonny Knight returned to his hometown of Lesage with his wife, Sharie. Initially opening in a modest 12x16 building, Hillbilly Hot Dogs would expand to include two refurbished school buses, a massive collection of kitschy memorabilia and even a wedding chapel. The restaurant would receive national attention when featured in a 2007 episode of Food Network’s “Diners, Drive-Ins and Dives.” While the hours have been cut back due to COVID-19, Hillbilly Hot Dogs is continuing to serve up some of the Mountain State’s most unique wieners with a healthy dose of down-home charm.

“We decided to open up this place when Sonnie moved back to West Virginia so we could work together and not have to go to separate jobs. When we first opened, we had the kitchen — that was it. But over the years we kept growing and adding to the decor. Sonny kept adding to the collections of stuff outside,” said co-owner Sharie Knight.

Over the years the restaurant has added several new items. According to Vance Swallow, general manager and the Knights’ son, there’s been a push for some healthier options.

“My wife is a vegan, funny enough,” Swallow said. “So we added a number of vegetarian options, which is great because we have a lot of customers who want to eat healthier or may be becoming vegetarian. We have a Don’t Have a Cow veggie burger and a Portabello Dog. We also serve beer now. We have a ton of different IPAs and local beers. We are trying to support the local industries as much as we can. We also have a newer dog called the Ala Cheesy Beefy Weenie, which is becoming our top seller.”

“We have our own bottled water now. It’s bottled locally in Lesage at the Green Acres Regional Center right up the road,” Sharie Knight said. “They have some of the best water in the world; it’s won some accolades. They came by and said that their people could make some labels for us. Most of the places that you try to do water with make you have to buy pallets and pallets of water. We don’t have that much storage space. So they were able to do smaller quantities for us, and it’s a great seller.”

Perhaps most surprising is the restaurant’s addition of a wedding chapel.

“I am licensed to do weddings in the state of West Virginia. This Saturday we did our 178th wedding. We do weddings and renewals. It’s very affordable — we can do a wedding for $50 and $25 for a renewal of vows,” Sharie Knight said. “Our chapel isn’t a particularly large building. I like to say we can fit 26 skinnies. It’s been wonderful, and I love it.”

Hillbilly Hot Dogs is located at 6951 Ohio River Road. It is currently open from 11 a.m. until 4 p.m. Thursday through Monday. Plans are being made to extend hours later this year. Cash and all major credit cards are accepted. For carryout order or more information, call 304-762-2458. You follow them online at https://www.facebook.com/hillbillyhotdogs.