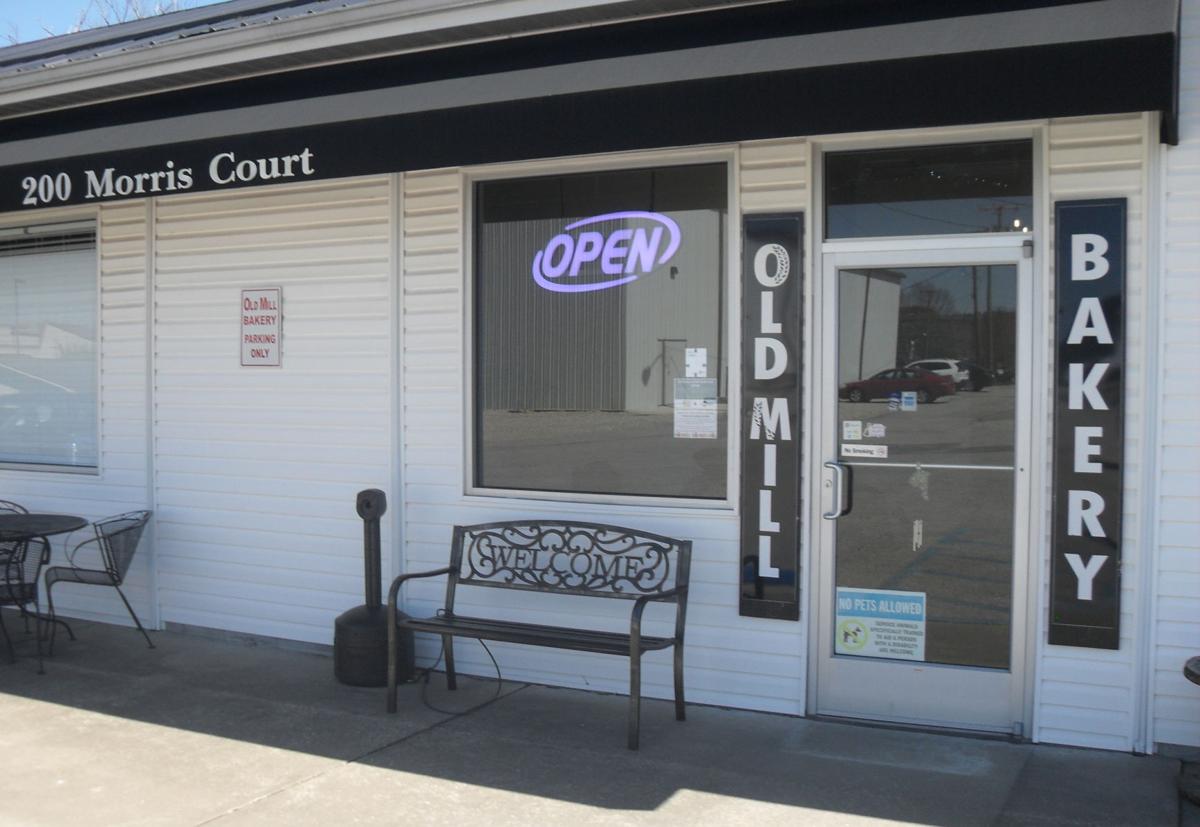 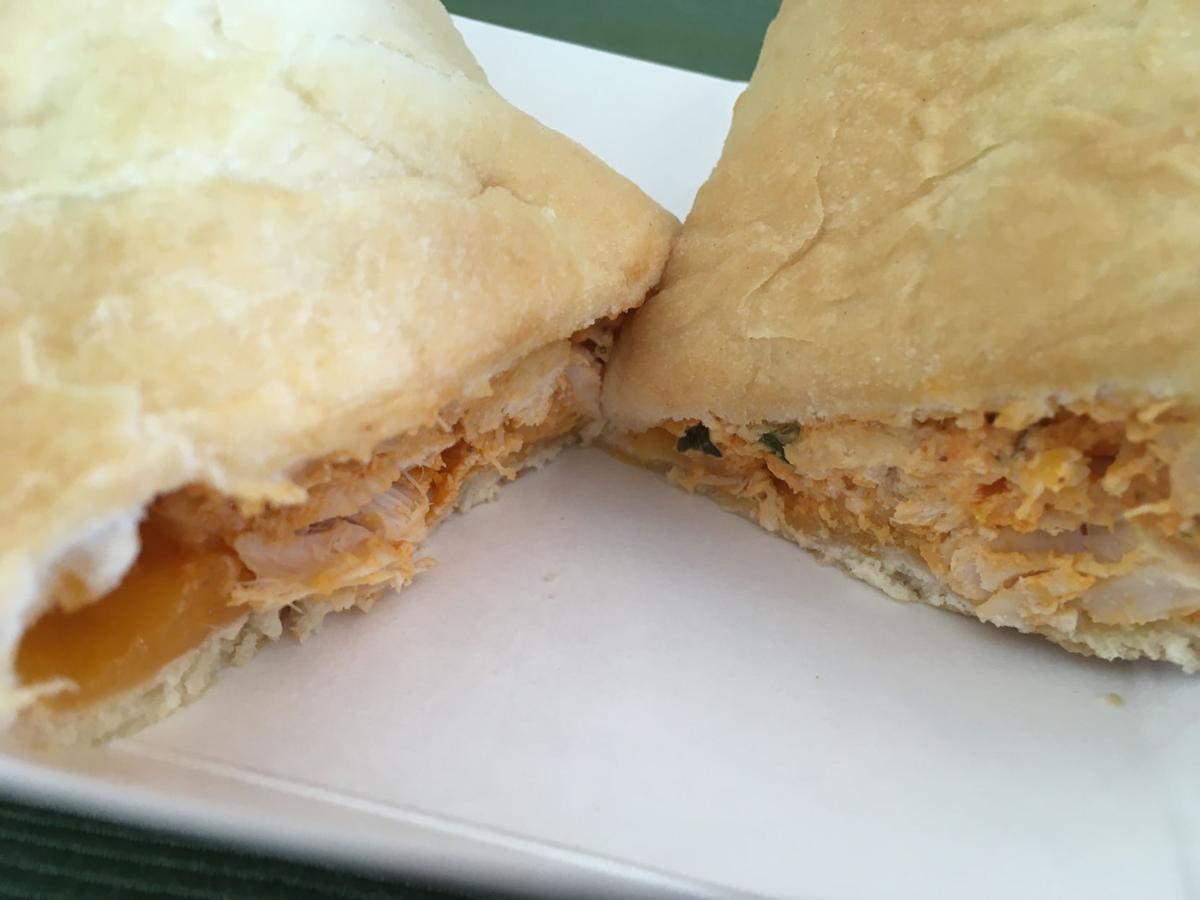 The Buffalo Chicken Roll is a new item available at the Old Mill Bakery in Hurricane, West Virginia.

The Buffalo Chicken Roll is a new item available at the Old Mill Bakery in Hurricane, West Virginia.

HURRICANE, W.Va. — A small bakery with a big down-home charm, The Old Mill Bakery has been serving up cookies, cinnamon rolls, pepperoni rolls and scones in Hurricane, West Virginia, for two years. The bakery is the brainchild of Lynn Bright, the self-described owner/baker/dishwasher/vacuum cleaner.

“I studied parks and recreation at Marshall. I worked for the Army at Fort Hood Texas, then I worked for the Federal Bureau of Prisons. Then I went home and worked for the City of Charleston before transferring to the Fire Department and working as their secretary. I then went to China and taught English as a Second Language as part of Marshall University’s Appalachian’s abroad program for four years. I returned to West Virginia again and started working for the Mail Room in Teays Valley and worked there for 14 years,” Lynn Bright said. “After all of those years it was time for a change. I’ve baked since I was 11 or 12, and it was always a hobby. Because I was only a home baker, I had no concept how much space I actually needed. So this space at Morris Court, which used to be a church, opened up, and it was perfect. We opened in January 2019. So, COVID hit after one year. We had a very good first year. I was thrilled, but when the pandemic hit, the second year was hard.”

The Old Mill carries a variety of cookies every day, including Brookies ($3), Blondies ($3), Chocolate Chip ($1.50) and Coconut Macaroons ($1.50). There are also Scones in flavors like Lemon Blueberry and Cranberry Orange ($3.75). If you would prefer some savory treats, there’s Focaccia Bread ($4-$5) and Pepperoni Rolls ($5), which are served Wednesdays through Fridays. Cinnamon Rolls are available only on Saturdays.

“The reason I started doing Pepperoni Rolls is because I thought ‘Hey, it’s West Virginia,’ but it’s not something I grew up with. So I went to Go-Mart, bought a Pepperoni Roll and dissected it to see how it was constructed. I then started doing research and experimenting to get the dough just right. The acid test for true pepperoni roll eaters is they turn it upside down to see how much pepperoni oil is in the bread. We use 22 slices of pepperoni in each roll,” Bright said. “We are also trying out our own spin-on it with a Buffalo Chicken Roll, which has diced chicken breast, Frank’s Red Hot Sauce, cream cheese, herbs and spices, plus sharp cheddar cheese.”

“The only reason I don’t do Cinnamon Rolls every day is I’m unwilling to get up at 4 a.m. every day. It’s a yeasty dough, and it takes a long time to rise. ... It’s best to pre-order the Cinnamon Rolls because otherwise it’s first come, first serve. So if the person ahead of you just bought 12, you will have to wait,” Bright said. “When I first opened, I was doing tea parties here by reservation once a week. I figured we needed scones, so I had to learn to how to make them. They’ve been a hit, so we have them all the time. We’ve done a variety of flavors including Orange Cranberry, Maple Bacon, Apple Cinnamon, Pumpkin Raisin.”

The Old Mill Bakery is located at 200 Morris Court in Hurricane, West Virginia. It is open 10 a.m. to 6 p.m. Tuesday through Thursday, 10 a.m. to 4 p.m. Friday and 9 a.m. to 2 p.m. Saturday. They are closed on Sundays and Mondays. Customers looking to make a custom order should call at least 48 hours ahead. Cash and all major credit cards are accepted. For carryout or custom orders, call 304-933-8075. You can follow them at https://www.facebook.com/OldMillBakeryWV/.