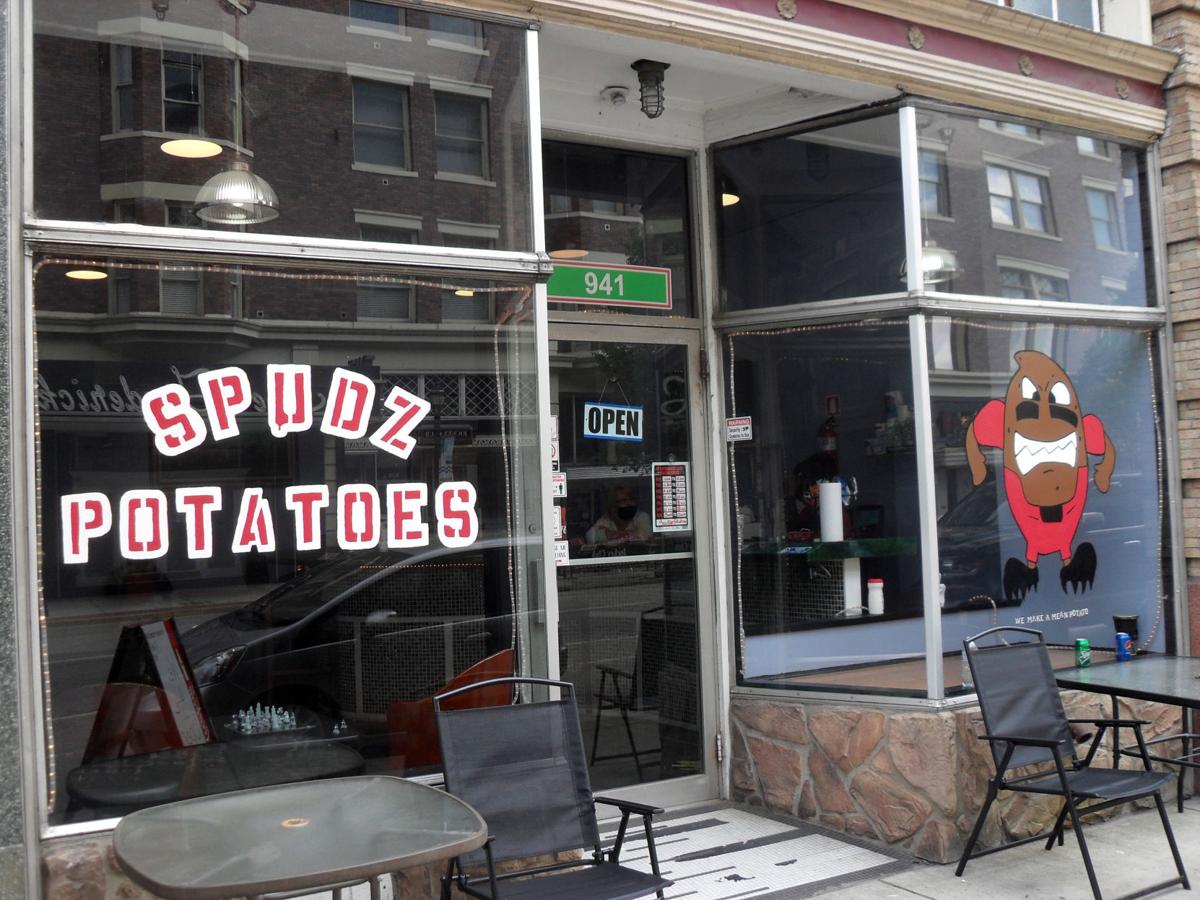 Spudz Potatoes is located at 941 4th Ave., in Downtown Huntington. 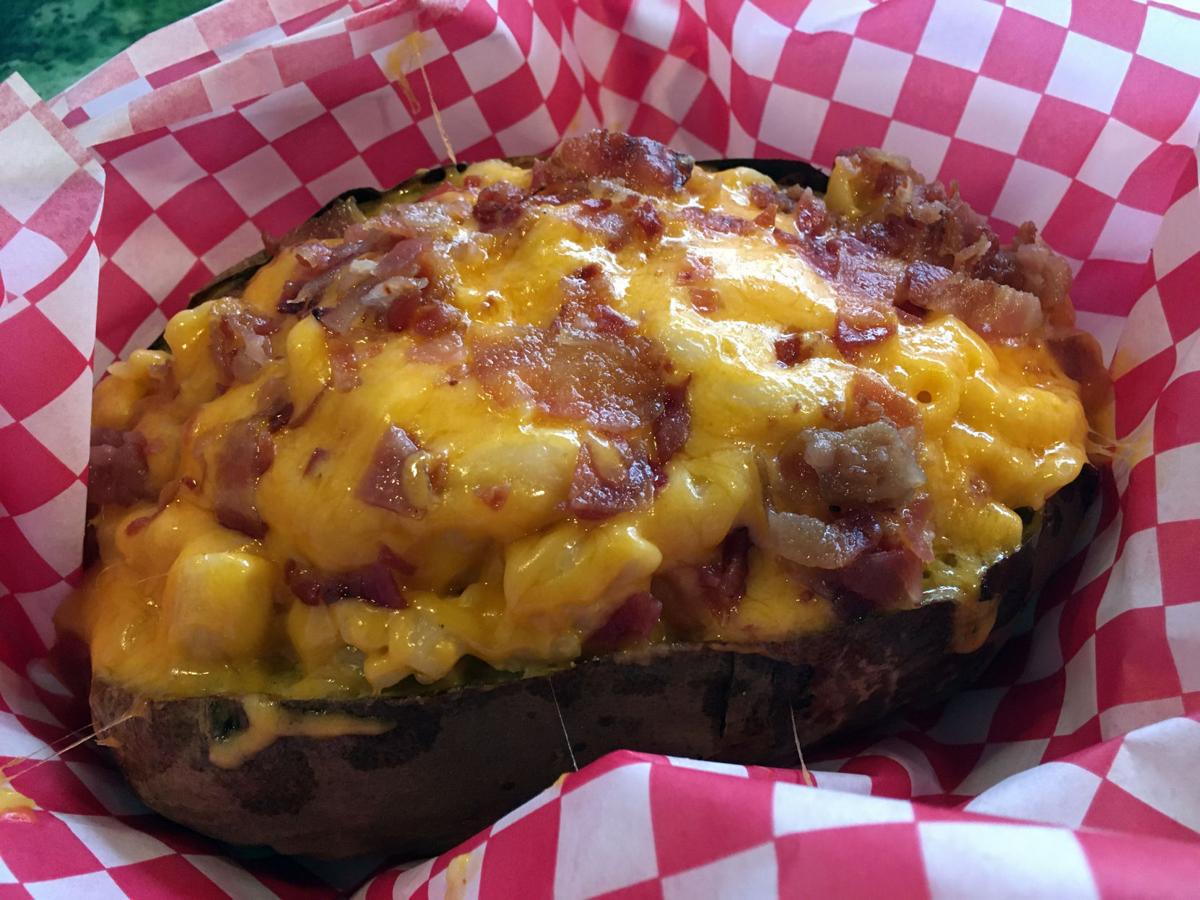 The Lil' Lemont at Spudz Potatoes comes with macaroni and cheese, cheddar cheese, bacon and a side of sour cream.

Spudz Potatoes is located at 941 4th Ave., in Downtown Huntington.

The Lil' Lemont at Spudz Potatoes comes with macaroni and cheese, cheddar cheese, bacon and a side of sour cream.

HUNTINGTON — For some truly massive taters, take a look at Spudz Potatoes on 4th Avenue. The new restaurant specializes in a variety of loaded baked potatoes including a Steak and Broccoli Potato, a Chili Potato and a Spinach and Artichoke Potato. The restaurant also sells a small selection of groceries and convenience goods.

“I was born and raised here in Huntington, and I remember when this location was The Peanut Shop. I used to get my peanuts here, and they had the best candy,” said owner Tracy Phillips. “This location became available about six months ago, but I ran into a lot of red tape with the city opening up. It seemed like every time I got something done, something else came up.”

Phillips did some remodeling on the location, including paint and kitchen work.

“This restaurant’s been a dream for 10 years now. I just never had the finances to do it. I always wanted something different from what we already have in town,” he said. “I grew up around here then moved to Cincinnati, where we owned a sandwich shop called Upper North Sandwiches. Moved back here in 2008, where I ran a car wash. Then moved again to North Carolina in 2015. I came back here around three years ago. I’ve been back here since 2017.

“I wanted to bring something different to this city because I love this city. I want to help build this city. That’s part of the reason we sell convenience goods, so the people who live nearby downtown don’t have to drive all the way to Kroger or Walmart just for toilet paper or something like that.”

The restaurant offers 20 different loaded potatoes. These include the Beefy BBQ Potato ($8.50) topped with shredded BBQ beef, coleslaw, a side of pickles and your choice of cheese. There’s a Pizza Potato ($10.50) with pizza sauce, mozzarella cheese, black olives, mushrooms, green peppers, banana peppers and a choice of pepperoni or sausage. The Chili Potato ($8.50) comes topped with chili with meat and beans, shredded cheese, sour cream and onions. Lil’ Lemont comes with macaroni and cheese, cheddar cheese, bacon and a side of sour cream. Any of the options is also available with a sweet potato. Other options include a House Salad ($4.50), a Mediterranean Salad ($5.50) and Potato Broccoli Soup ($5.50).

“I basically sat down and thought of things that could be put on potatoes,” Phillips said. “The Taco Potato is all the stuff that you would typically put in a taco on a potato. The Greek Potato is like a gyro served on top of a potato instead of flatbread, etc. We are also going to try and have weekly specials like a Red Beans and Rice Sausage Potato.”