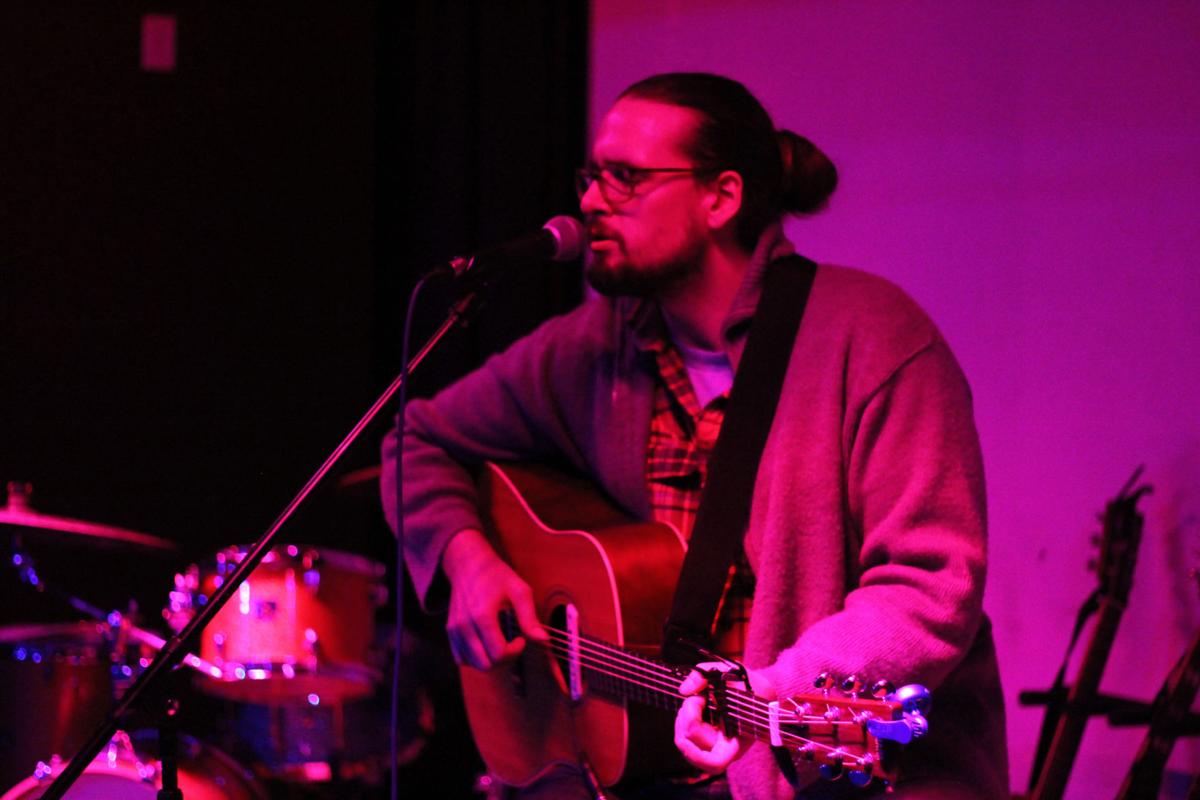 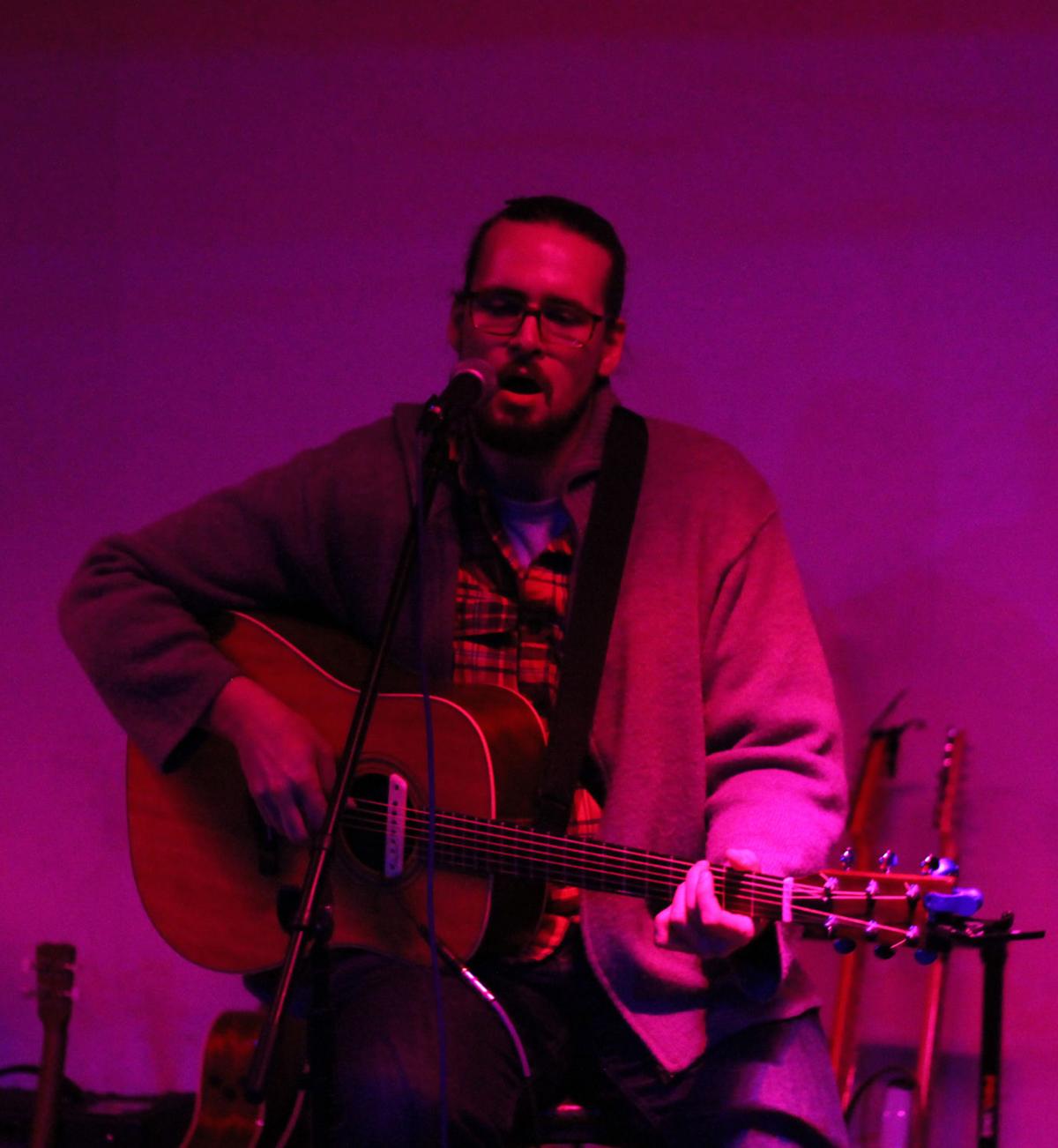 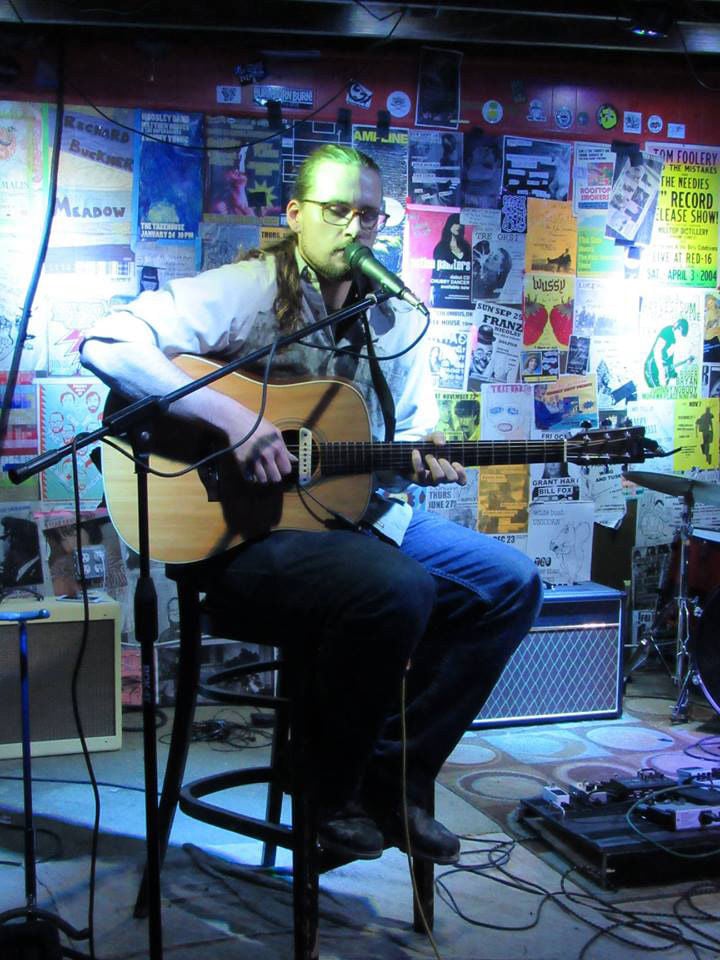 Jonathan Hawkins is a diverse musician from Point Pleasant, West Virginia, who is finally pursuing a solo career.

A guitarist since he was a teenager, as Hawkins' talent increased, he found himself hired on as a part of the live bands in high profile national touring companies that brought Broadway to the rest of the U.S. That has led to collaborating on a nightly basis with many very talented people while traveling all over the country. Now, under the stage name Little Lawnmowers, Hawkins has embarked on an ambitious solo tour that will include a stop in Huntington.

On Saturday, April 20, Little Lawnmowers aka Jonathan Hawkins and New York singer and songwriter, Thayer Naples, will perform at the Black Sheep Stage venue located at 279 9th Street. The show begins at 9 p.m. and the cover is $5.

Hawkins' solo concerts are based on his impressive ability to play fingerpick-style guitar.

"I tell people that I play original songs along with a couple of covers, mostly fingerpick-style blues covers," said Hawkins. "My sound is inspired by American roots music, early jazz and blues and world music groove. That is my general description. Now, if I were sitting around and talking to friend or something, I'd describe my sound as I play fingerpick-style guitar and I sing and I have a little suitcase drum that I play at the same time. So, in a way, my music is about being a singer and songwriter. I try to keep it emotional, like a musical landscape with highs and lows with energetic spots and calm spots. Basically, I play tunes that I have written that are inspired by life or things that I've seen."

Being a part of nationally-touring companies who bring the best shows that originated on Broadway to the rest of the world has proven to be an invaluable experience for Hawkins.

"I had heard about those jobs and met some people that had worked on some of those tours," said Hawkins. "They told me that the way to get into that world was to contact the agents that hire the musicians and then keep giving them the information that they need and hope for an opening. Every two or three months, when I added another job to my rsum, I'd send them another updated version of my rsum with videos. At one point, an agent got back to me and said that they had an opening in the band of a touring company. So, I sent in some videos and did a Skype audition and got the job. I played the guitar in the musical Flashdance, I played the banjo, ukulele and guitar in the show Bullets Over Broadway, and I played the guitar in Mamma Mia!"

When it comes to playing the guitar in a fingerpick-style, Hawkins was influenced by his father, who played the instrument, by a guitar teacher in Point Pleasant named Larry Roush, and by his visits to Rock and Roll Hall of Fame musician Jorma Kaukonen's Fur Peace Ranch located near Athens, OH.

Jorma Kaukonen became famous for being in the classic rock bands Jefferson Airplane and Hot Tuna.

"I admire Jorma's Fur Peace Ranch facility and his view of being a musician and a businessman," said Hawkins. "He is a musician entrepreneur and that is really inspiring. I am impressed when I hear of somebody who takes the fame and fortune of their career and re-channels it into music. Jorma not only opened up a concert hall that brings in acts that probably wouldn't come here if it wasn't for that spot, he also created a workshop where people come in and teach music to others. Jorma is also one of the people that I draw from when it comes to being an influence in fingerpick-style guitar. So, from the business side to the lifestyle to the actual music that he plays, Jorma has inspired me in many ways."