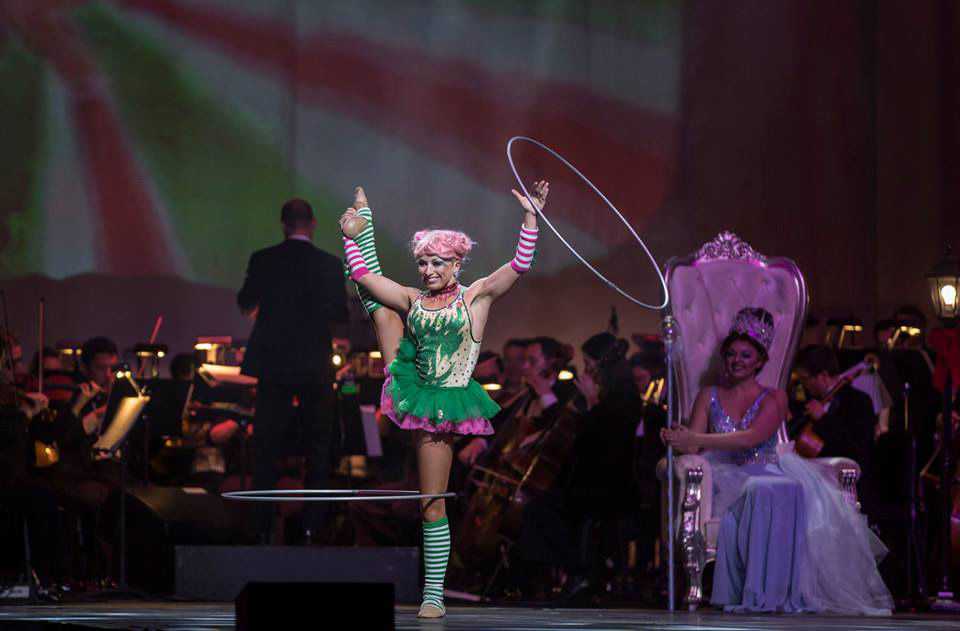 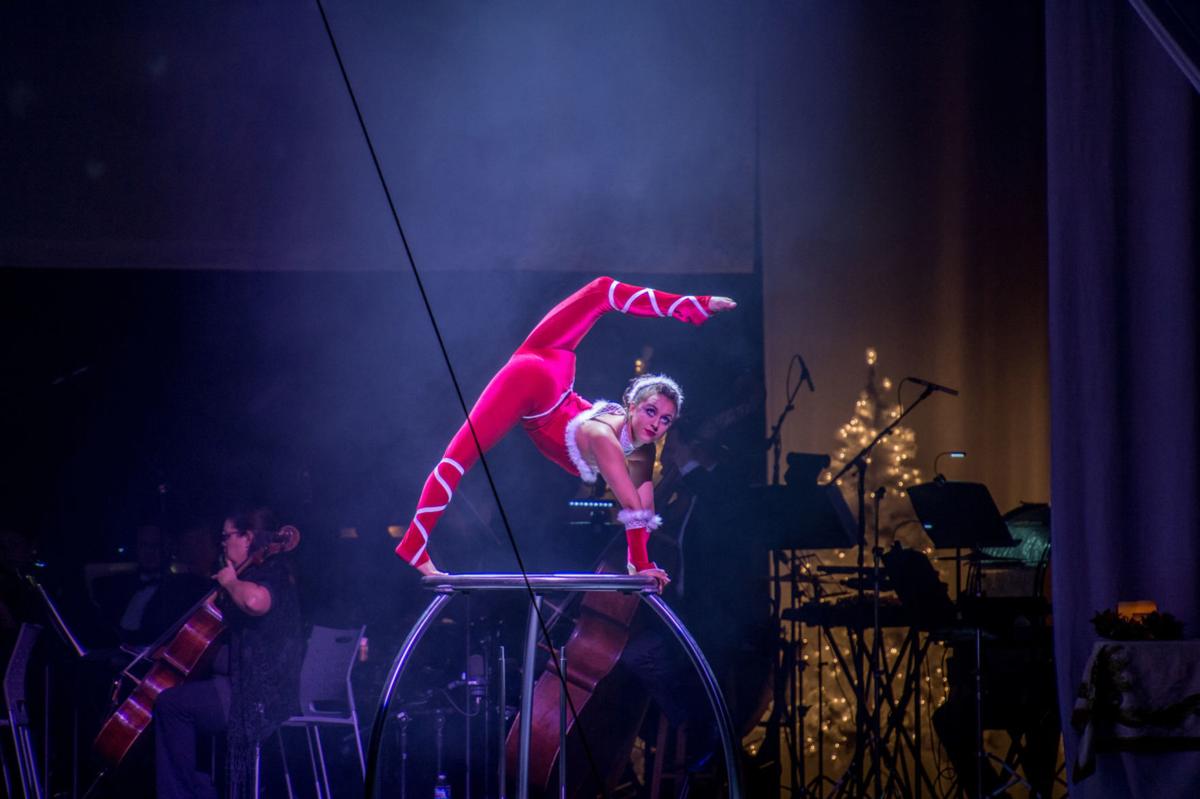 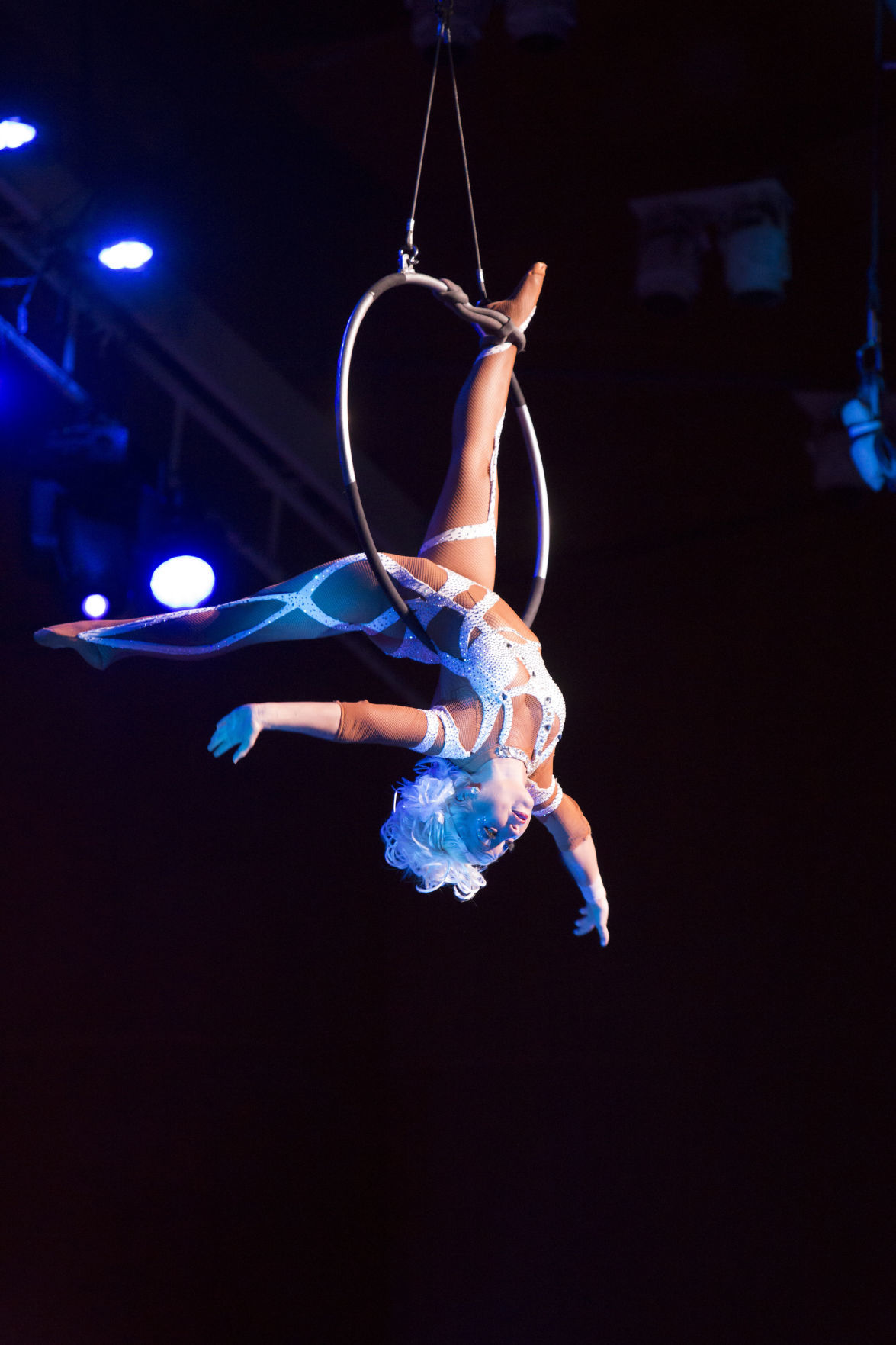 HUNTINGTON — The Marshall Artists Series finishes out the 2019 portion of their schedule with the “Cirque Musica Presents Holiday Wishes” show at the Keith-Albee Performing Arts Center on Dec. 9.

Billed as “a full sensory, live holiday event for the whole family,” the “Cirque Musica Presents Holiday Wishes” show brings together the best circus acts found around the world, combined with singers, dancers and holiday music played by a live orchestra.

The creator of the “Cirque Musica Presents Holiday Wishes” show is Stephen Cook, who is the president and CEO of TCG Entertainment Co. Cook previously worked for the Dallas Symphony and the Barnum & Bailey Circus before its demise after 146 years in 2017.

“I went to Florida State University, and right out of school I began to work for the Barnum & Bailey Circus on the marketing end of the business,” Cook said. “I worked there for over 20 years, and I have had this company for 10 years. Cirque Musica has been touring for about nine years. My work has meant a lot of travel, but we love to entertain people and I enjoy it.”

“It is how I learned the business,” said Cook. “You learn how to work with arenas and venues, and it was a great learning environment. But we were sad when it shut down. We had a lot of friends that worked in that show, and it was the end of an era. I think that in a lot of ways, Cirque Musica has taken that spot … although we don’t utilize animals or anything like that. But we are definitely keeping the circus tradition alive. A circus is a lot of moving parts. As for Cirque Musica, which is coming to Huntington, we have over 40 performers from all over the world traveling with us.”

Seeing movies and watching digital videos is a pastime for youngsters in this modern age. But experiencing acts performed live onstage is a whole other experience of a lifetime.

“A live circus is a very different experience,” said Cook. “My kids are 8 and 10, so our family-oriented shows are very important to us. With Cirque Musica, we play a lot of the same markets over and over again, so every year we produce a different show. Our shows are made up of three different elements. We combine theater with singers and dancers and Broadway with elements of circus, which is all combined with a live orchestra. ‘Holiday Wishes’ is about a family that is stuck with technology all around it, like all of our kids are these days, and they are transported to this different world where they lose all of their technology. There, they discover what the holidays are all about, which is family and friends, and the audience gets to go on that journey with us.”

Every year, Cook enjoys looking for circus performers based overseas and auditioning acts in the U.S. as well.

“We pride ourselves on presenting the best acts in the world,” said Cook. “We have circus artists in our shows that come from Colombia, Spain, Russia and Hungary and from all over the globe. We seek to bring in acts that you can’t see anywhere else. It is literally the best of the best circus acts. So the audiences that come to Cirque Musica will see things they have never seen before in an atmosphere that is a great way to get into the holiday spirit. We have one group called the Russian Bar Act that features two guys and a metal bar that is about 6 inches wide, and they throw each other over 20 feet in the air with the bar. It is crazy stuff, but that is what makes it cool.”

The world of circus is a hard life as there are a lot of things to deal with on a daily basis with such a large troupe of performers and crew traveling from town to town. But, according to Cook, it is rewarding when everything falls into place.

“Cirque Musica began as an idea in my head, and we built that idea into a multi-show production that travels all around the country and the world,” said Cook. “To do that, it takes a lot of time and a lot of driving and a lot of effort. Anyone who owns a company or who has started a business can relate to that. You start it and then you build and build and build, and that is what we have done with this show. All of that is very hard. But on the other end of it, what is rewarding to me is sitting in the back of the arena or the theater and seeing the kids with their parents and everyone is laughing, having a good time and they are looking at each other and reacting to what the performers are doing onstage.”

When hard work turns into entertainment magic, is becomes the pure essence of show business.

“The audience is building up memories and time spent together that they do not soon forget,” said Cook. “I still remember when I went to the circus and other shows when I was a kid. To be a part of that is humbling and important to us. It is really cool to be involved with that experience, and the performers and the crew feel the same way. We get to create memories for people, and that thrills us. We take it very seriously, and that is why we try to put on the best show we can every single day.”