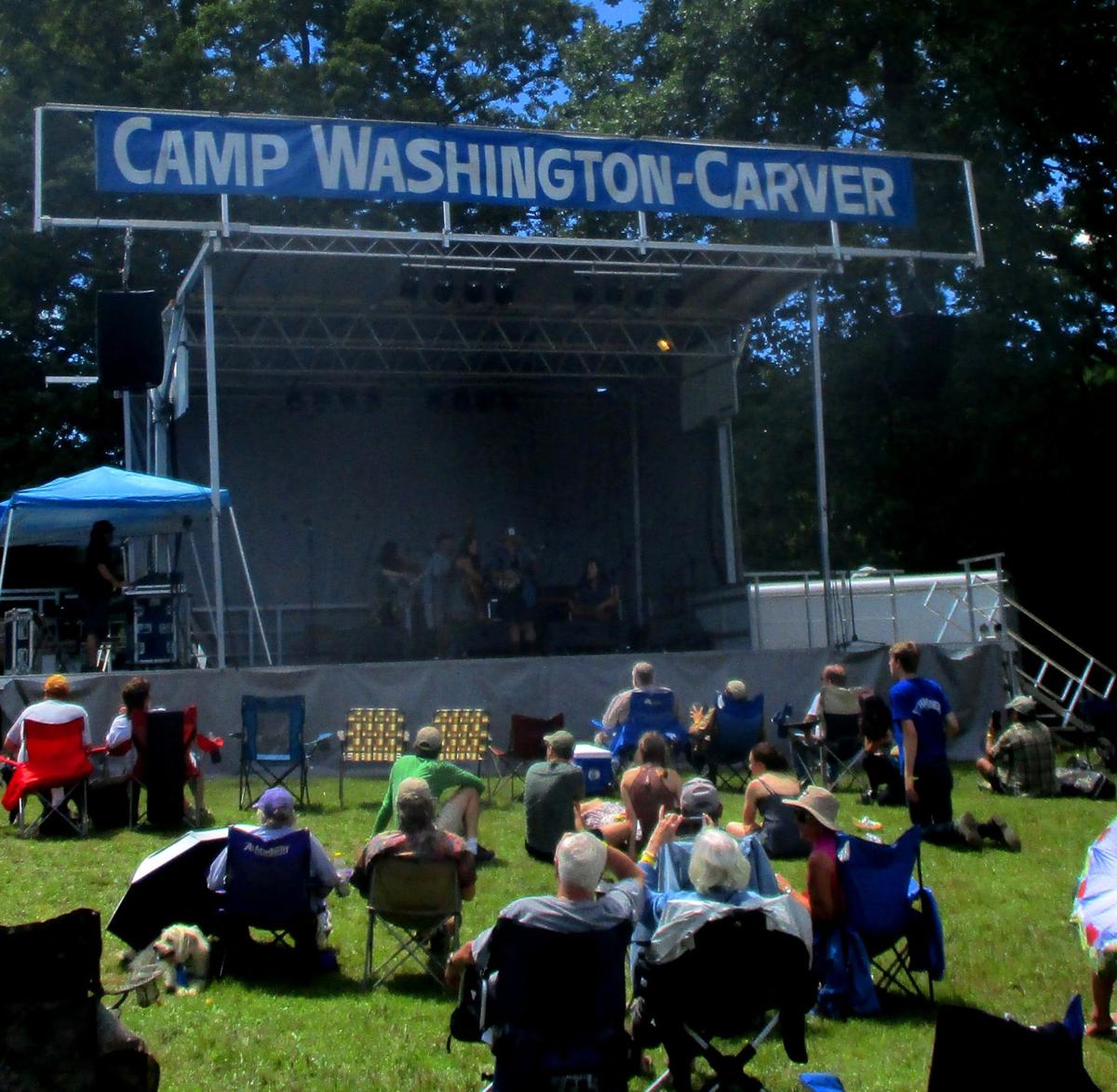 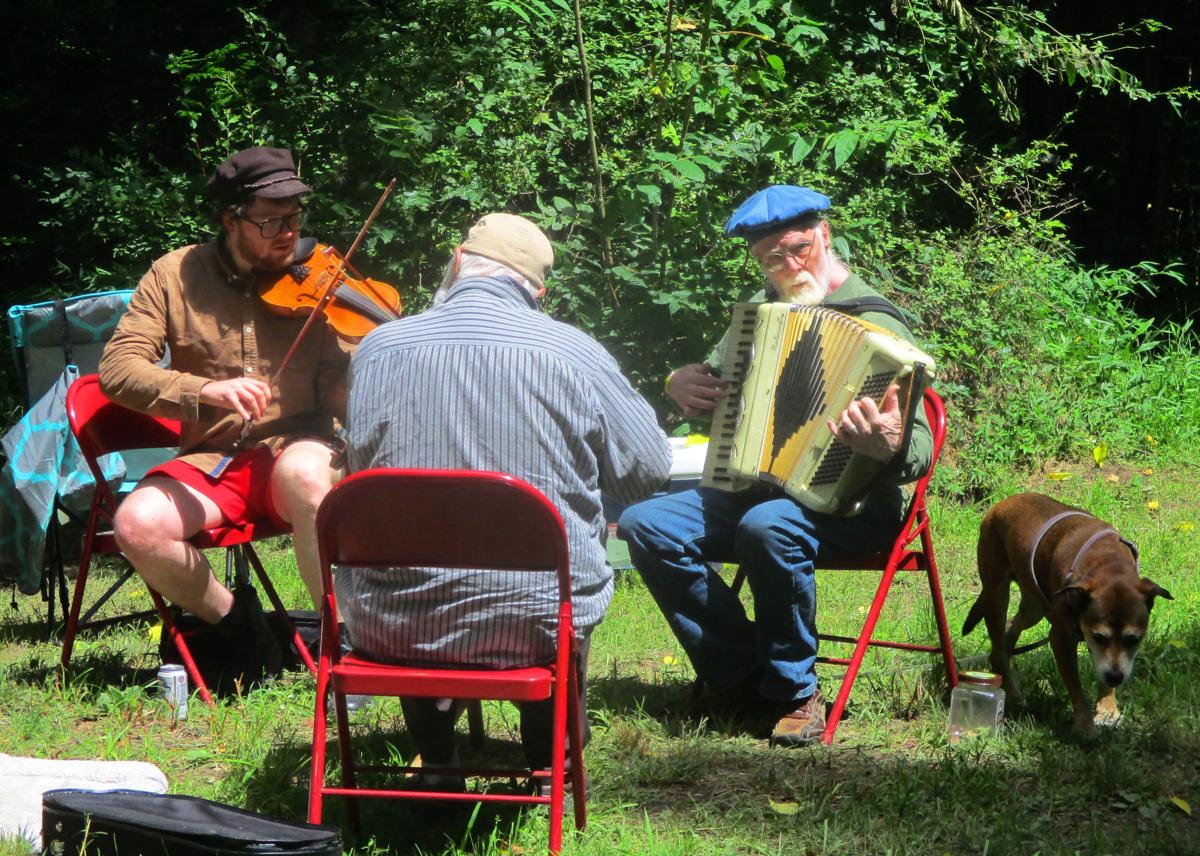 Courtesy of Derek Halsey Appalachian String Band Festival is a camping musician's haven as much as it is a festival. Dancing, arts, and instument-making are some the activities featured at the festival. 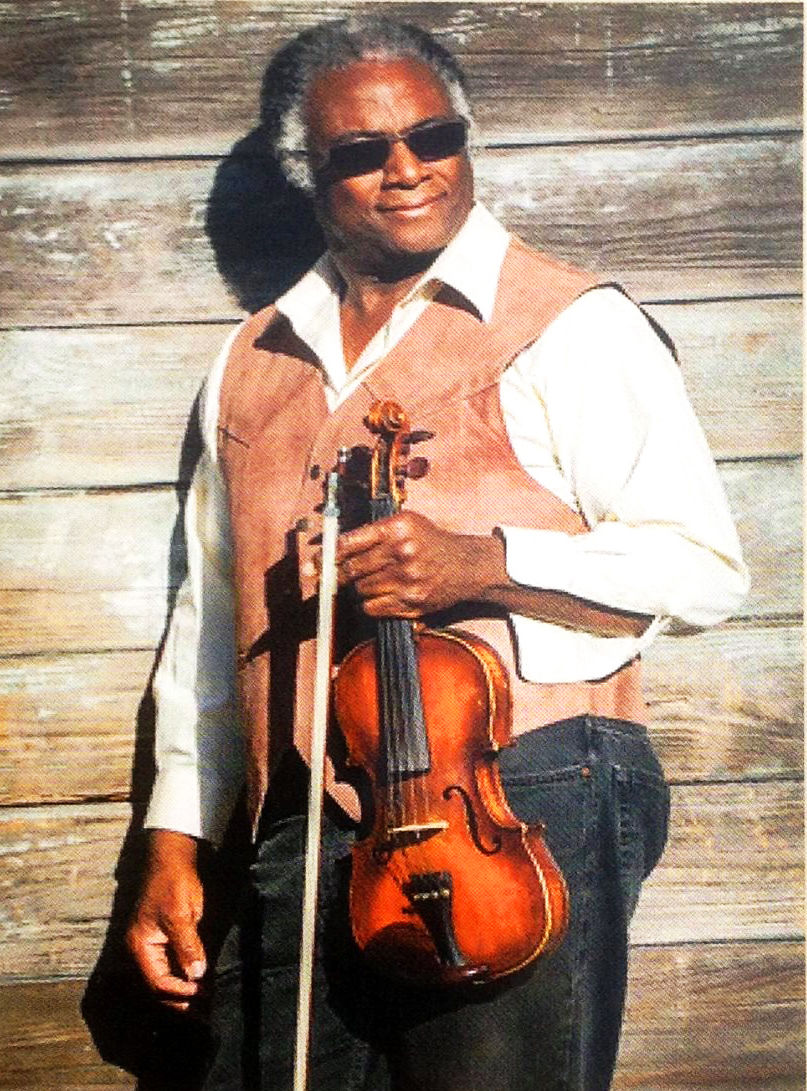 Courtesy of Earl White Earl White, a Master Fiddler, will be one of the performers playing at the Appalachian String Band Festival. Known as "Clifftop", the festival will open Aug. 1 and last until Aug. 5.

Courtesy of Derek Halsey Appalachian String Band Festival is a camping musician's haven as much as it is a festival. Dancing, arts, and instument-making are some the activities featured at the festival.

Courtesy of Earl White Earl White, a Master Fiddler, will be one of the performers playing at the Appalachian String Band Festival. Known as "Clifftop", the festival will open Aug. 1 and last until Aug. 5.

Happily referred to as simply 'Clifftop,' the Appalachian String Band Festival has become a gem in the West Virginia music calendar. Taking place at Camp Washington Carver on top of the New River Gorge near Clifftop, West Virginia, the festival is as much a camping musician's village as it is an onstage presentation.

The official beginning to this week's Clifftop Festival is Wednesday, Aug. 1 and it will last until Sunday morning, Aug. 5.

During these days, Camp George Washington Carver will be filled with musicians who play the centuries-old mountain roots music known as old-time. Fiddles, guitars, basses, mandolins and clawhammer-style banjos will be prevalent as folks from around the world gather in our Mountain State to share and expand on old traditions.

There will be plenty of old-time music played this week, but a stroll around the campground will allow you to also experience more modern-day, evolving versions of the genre.

Some of the events to look for in the days ahead at the Clifftop Festival include nightly square dances beginning on Wednesday, which cater to beginners as well as experts.

Thursday brings the individual fiddle and banjo competitions followed by the boundary-stretching and very unique Neo-Traditional Ban Contest on Friday. Ending the week will be the annual Traditional String Band Contest on Saturday.

The Clifftop Festival will also feature flat foot dancing workshops, yoga, Art For Fun and storytelling for kids and families. On the agenda as well is an open New Music Song Contest hosted by musician extraordinaire Jane Rothfield, and family movie showings in the Chestnut Lodge. Instrument making demonstrations and various Master's Showcases by great old-time musicians is set to be part of the festival's features.

Earl White will be one of the Master's Showcase artists to perform at Clifftop this year. He is an African American old-time fiddler who is carrying on the tradition of Black string bands. These were popular in the 1700s and 1800s before fading away in the early 1900s. In recent times, however, Black string band musicians have resurrected the tradition, including modern day artists such as the Carolina Chocolate Drops, Rhiannon Giddens, Dom Flemons, Otis Taylor, the Ebony Hillbillies, the late Joe Thompson and more.

White grew up in the urban center of Newark, New Jersey, but thankfully had grandparents that owned land down south. His summers spent there turned White around to rural life and introduced to him the music he's making today.

"My grandparents had a farm in eastern North Carolina so I spent all of my summers with my grandparents," White said. "It was a change from life in Newark that I welcomed every year. When the time came to actually go back from to the city, we would hide in the barn in the hay and try to stall that trip back for as long as we could get away with it. It was a great experience and those times lend itself to my current passion of getting back to the land and to try and do a little bit of farming now ourselves. I play at music festivals more these days, but I also moved to Floyd, Virginia, about a year and a half ago after retiring as a respiratory therapist and we have opened up a bakery on my farm (facebook.com/bigindianfarm/). We make organic sourdough breads, bagels and pastries and the response to our products has been great."

In the early 1970s, White went to college at Eastern Carolina University to be closer to his grandparents. While there chasing a Psychology major with a Drama minor, he met a fellow from Connecticut named Dudley Culp, who had traveled to the Galax Old Fiddler's Convention in Virginia where he learned the dance form known as clogging. Culp taught the rest of his friends in school how to do the dance and White was hooked. Within a few short years, White would become a founding member of the famous Green Grass Cloggers, who would go on to perform around the world.

At first, the Green Grass Cloggers used bluegrass bands as a musical accompaniment at their shows, including memorable times when legends such as Bill Monroe and Jimmy Martin performed with them. But after the troupe made their own pilgrimage to the Galax Old Fiddler's Convention, they realized the old-time music found there fit their performances in a better way. Once ensconced in the Appalachian roots music world, White began to take up the fiddle and soon became one of the best in the genre.

One year, an encounter with a policeman combined with a not-so-bright idea of playing music while driving in a car changed his fiddling style forever.

"While driving long distances, I used to play my fiddle while driving with my knee," White said. "One day, I was driving down from New York to Virginia to see my kids and I was going about 85 or 90 miles an hour on I-81 and I had my music blasting. If I had my car window down, it was hard to hear the music. So, because I had the window up, I had to shorten my bow stroke. That changed my bowing style. As I was flying down the highway fiddling a tune, a patrolman had been following me with his siren and lights on, but I didn't hear it because I was rocking out. He pulled up beside me and told me to pull over. At that point I had my fiddle in my hand and I thought, 'Oh my God, he is going to put me under the jail.'"

Obviously, the policeman could barely believe what he was witnessing.

"Instead of trying to hide it or shoving my fiddle back in the case, I just laid it on my seat," said White. "He walked up and said, 'Please tell me that I didn't just see you playing the fiddle.' I was not going to lie about it so I said, 'Officer, yes, I was playing the fiddle.' He said, 'I've been driving this post for some 40 years and this is a first.

I've never seen anything like this before. Get out of the car, grab your fiddle and come with me because nobody is going to believe this.' He took me to his police car and said, 'I want you to play me a tune.' He then opened his intercom to all the other patrolmen who could hear and I played 'Devil In The Strawstack,' which I learned from fiddle great Tommy Jarrell off of one of his albums. When I was done, I could hear all of the other patrolmen cheering on the radio."

White caught a break that day that he will never forget.

"Then, the patrolman said, 'I'm going to do you a favor,'" said White. "'Because you were honest about it, and because I don't know how to write this up, I'll give you a ticket for defective equipment. But, if I ever see you playing your fiddle on my post ever again, I'll make sure you sit in this jail for a while.'"

WHAT: The West Virginia Department of Arts, Culture and History's 29th annual music festival 29th annual Appalachian String Band Music Festival, featuring some of the best fiddlers and banjo pickers in the world. The five-day camping experience in the heart of West Virginia also includes music contests, dancing, arts and crafts and games for the whole family.

WHERE: Camp Washington-Carver in Clifftop, Fayette County. Camp Washington-Carver serves as the state's mountain cultural arts center. The facility nurtures the cultural heritage embodied in the site since its dedication in 1942 as a 4-H and agricultural extension camp for West Virginia's African Americans. The camp is located in Fayette County next to Babcock State Park, just off Route 60 (Midland Trail) on Route 41 south.

THE CONTESTS: Contests include fiddle and banjo on Thursday, Aug. 2, neo-traditional band on Friday, Aug. 3 and traditional band and flatfoot dance on Saturday, Aug. 4. Senior (60 and over) and youth (15 and under) categories are available in the fiddle and banjo contests. A youth award is available in the band contests for groups with all members 18 years old or younger. The neo-traditional band contest also provides an award for best original song and tune. The flatfoot dance contest makes awards in four age categories.

FEATURED ARTISTS: Grand masters Jim Costa of Talcott, West Virginia; James Leva of Lexington, Virginia; and Earl White of Willis, Virginia, will be featured in showcase workshops/performances at the festival.

DANCES: Nightly square dances in the historic Great Chestnut Lodge from Wednesday through Saturday and outdoor concerts on Friday and Saturday evening are popular attractions. Highlights for children and families include arts and crafts, basket making, daily yoga sessions, family films, and more.

ON THE WEB: For more information about the Appalachian String Band Music Festival or a complete schedule of events, visit the department's website at www.wvculture.org/stringband/index.html,or call Camp Washington-Carver at 304-438-3005.