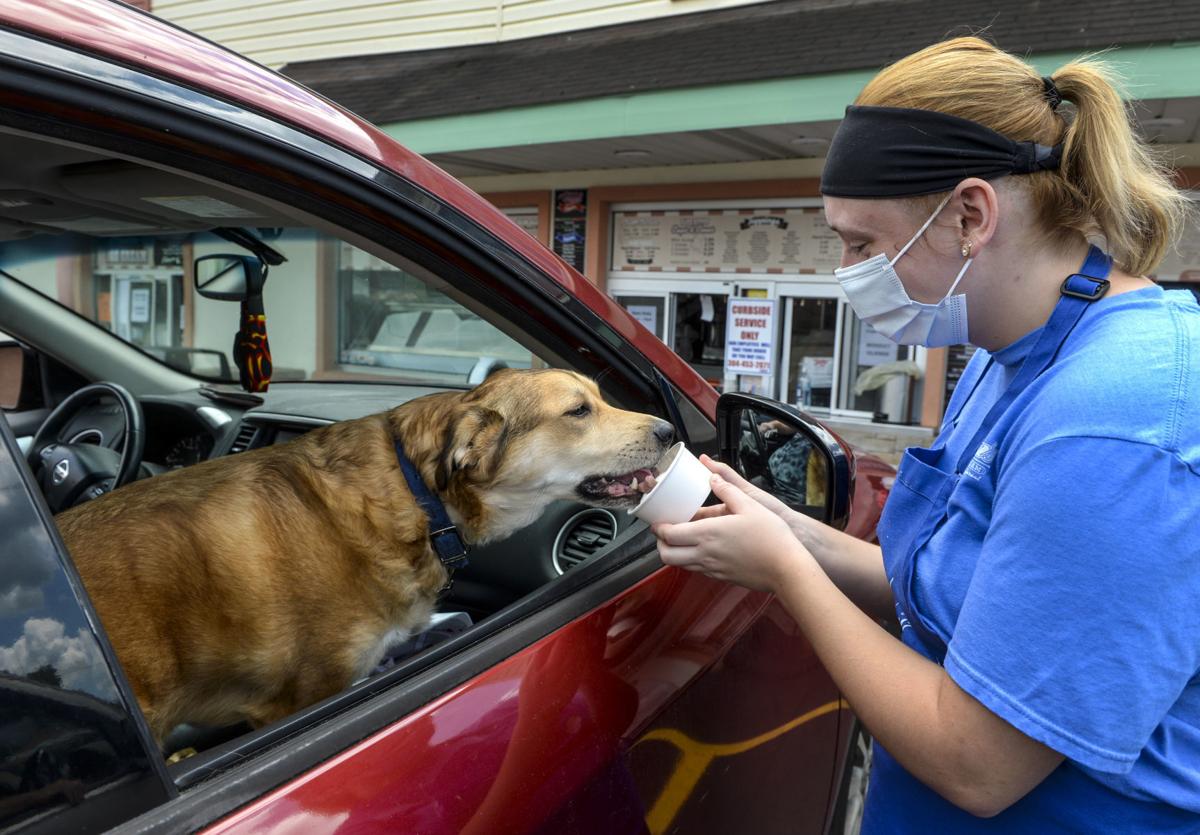 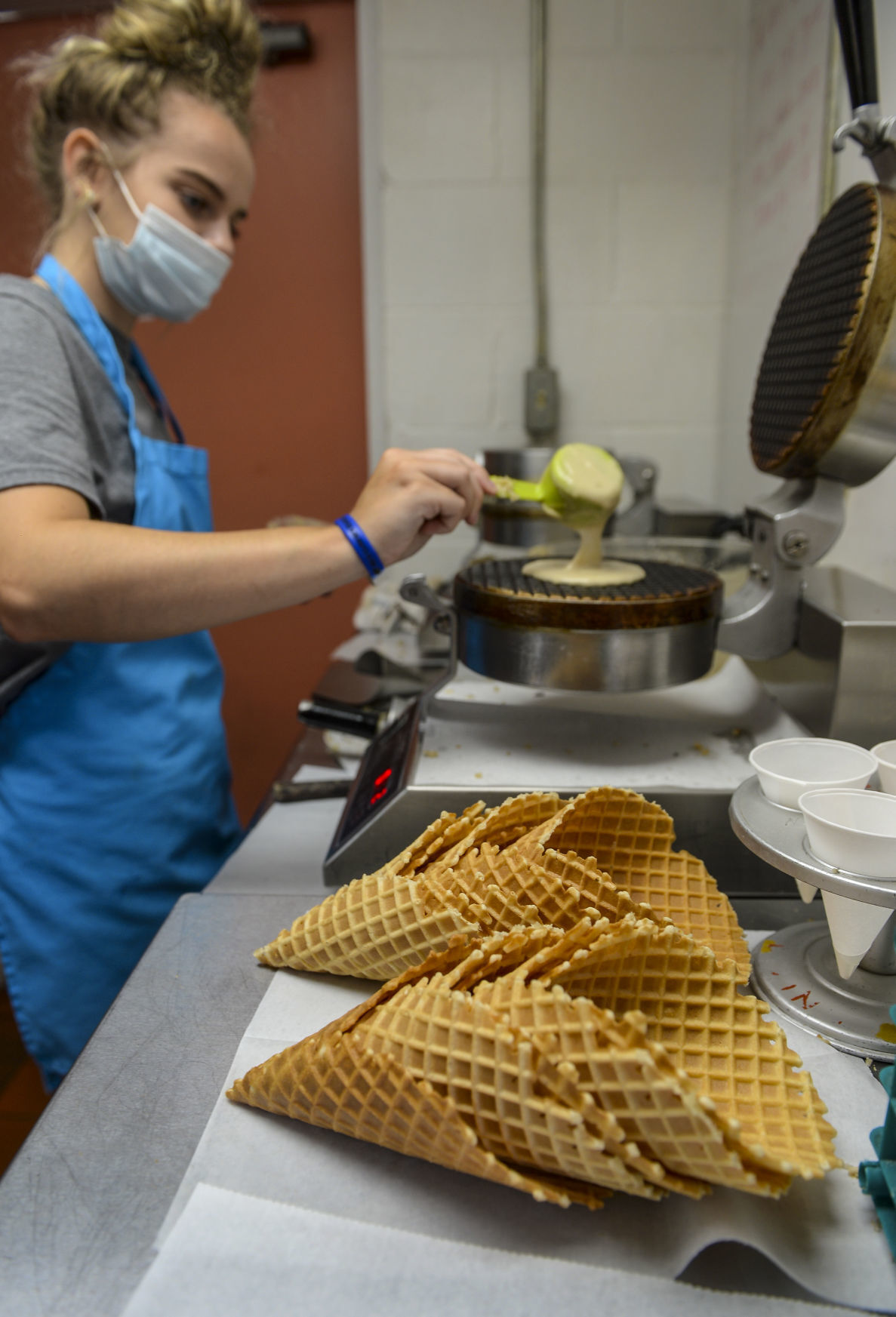 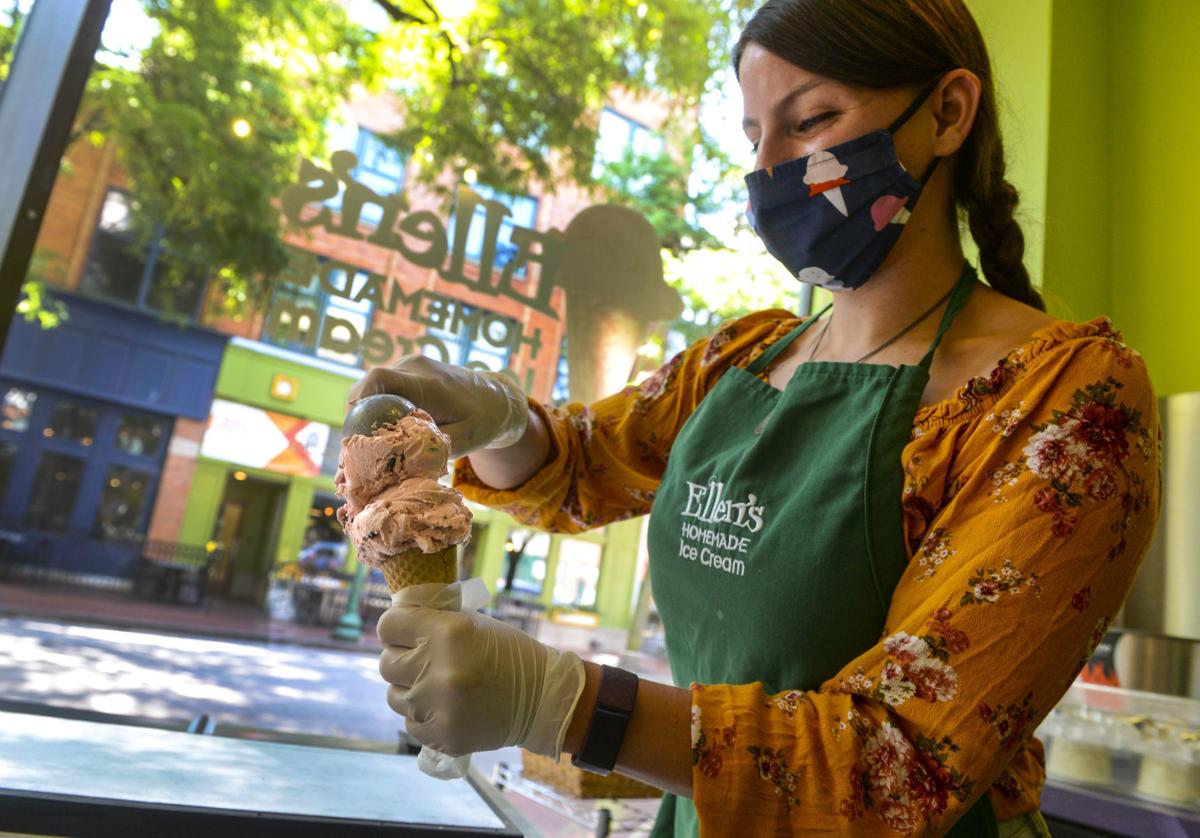 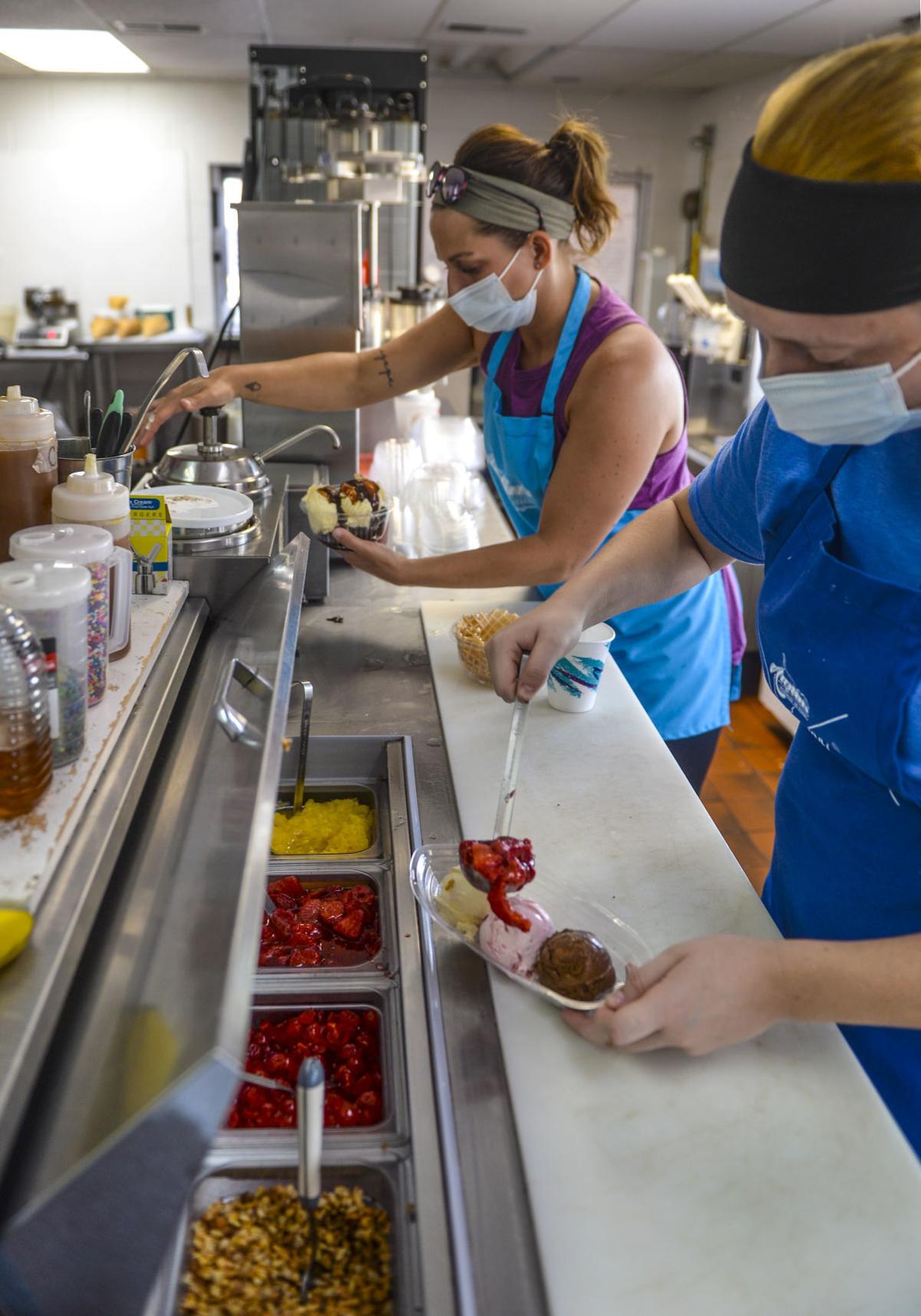 Laynie Ruff (back) makes a Hot Fudge Sunday while Destiny Potter builds a banana split at Austin's in Kenova. 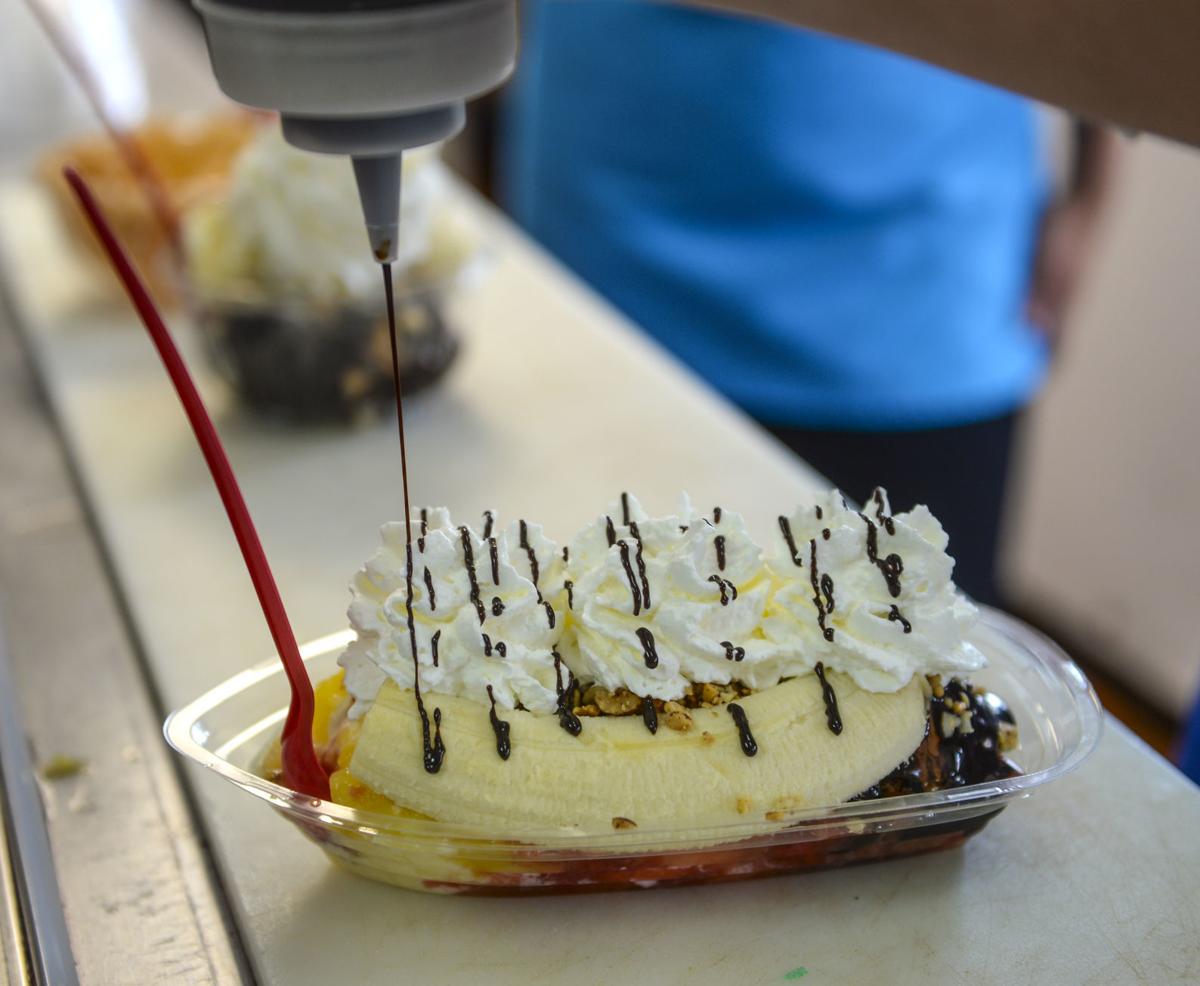 Making a Banana Split at Austin's in Kenova. 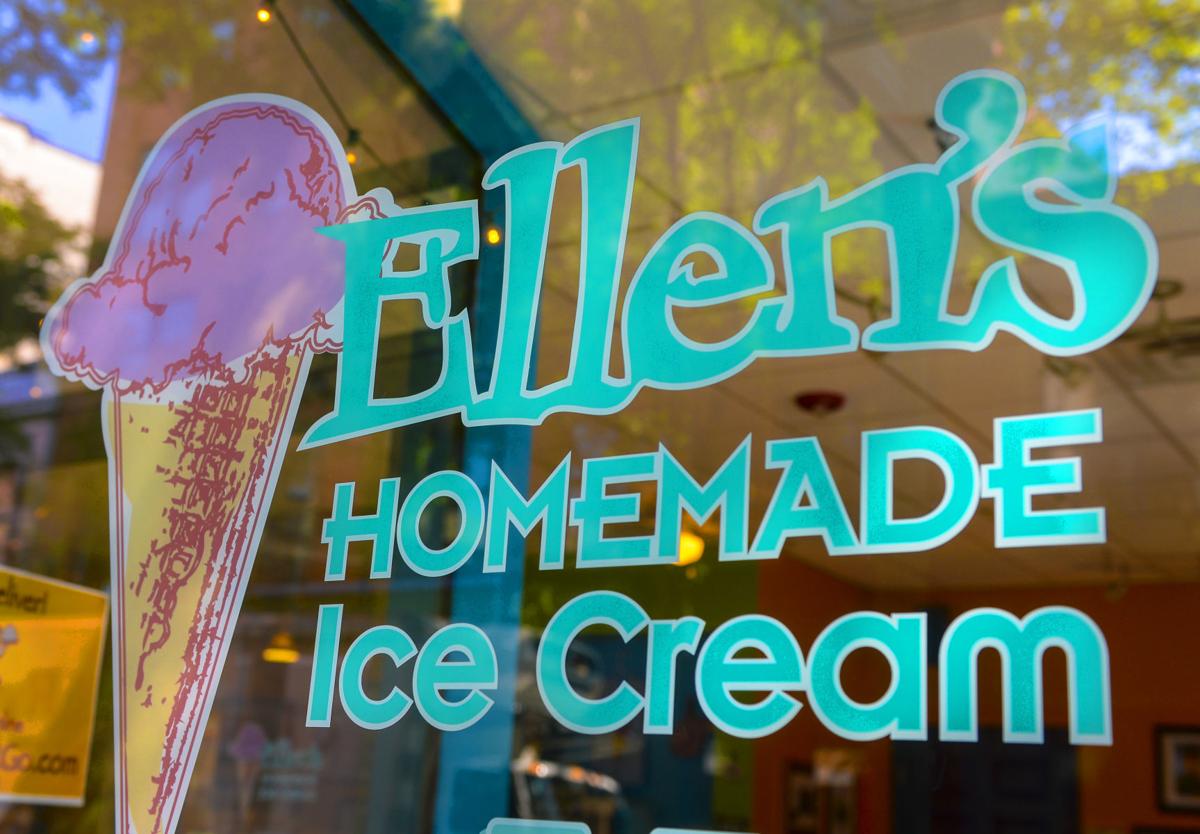 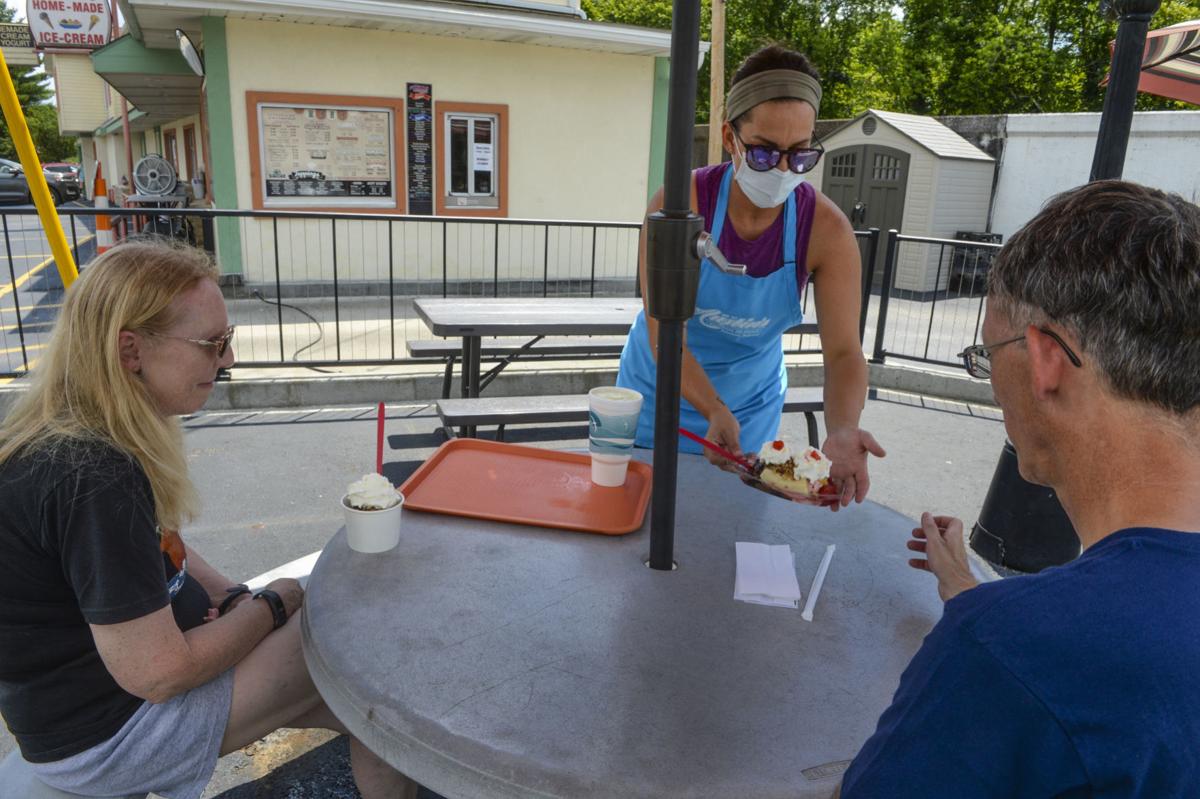 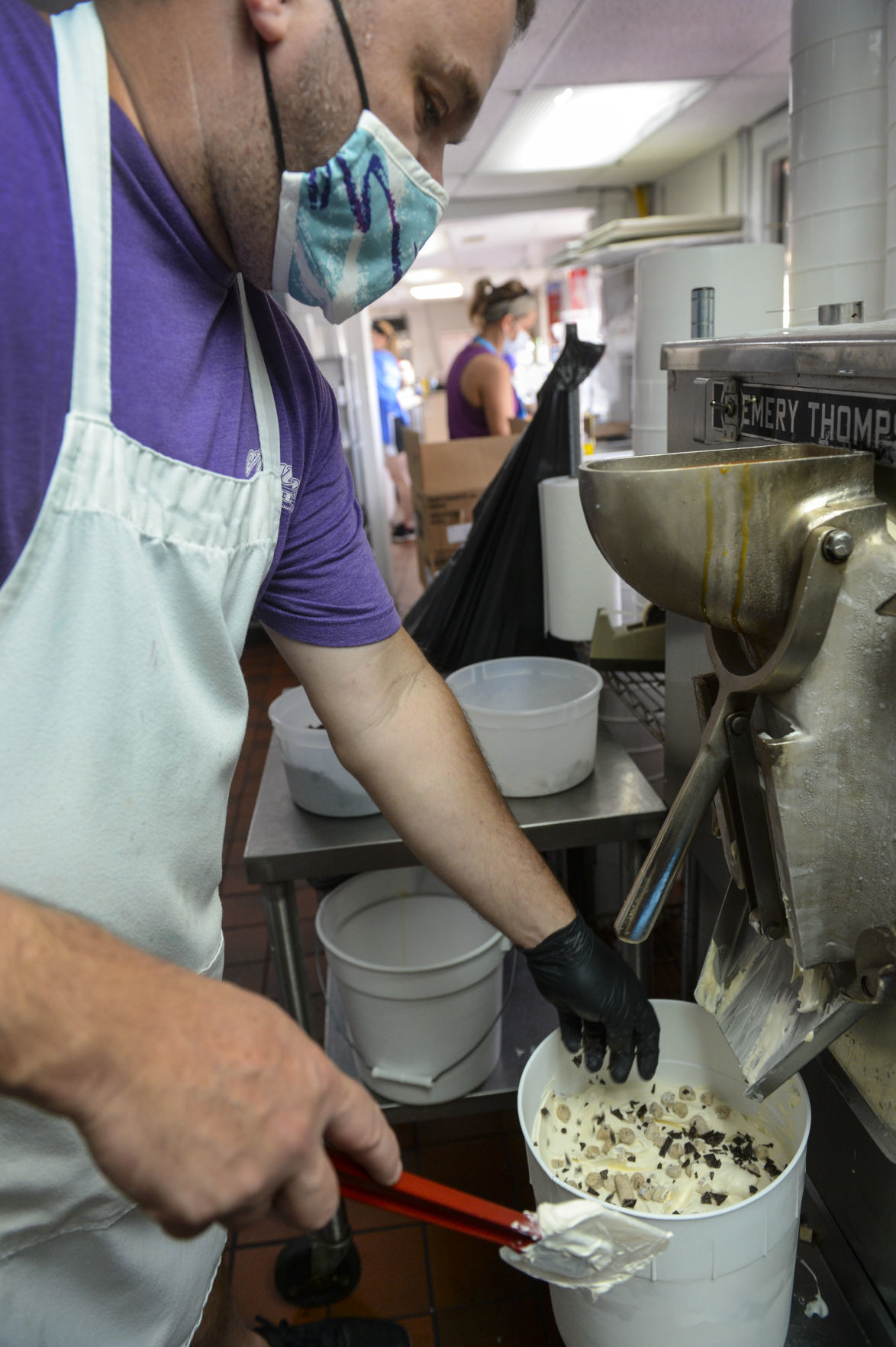 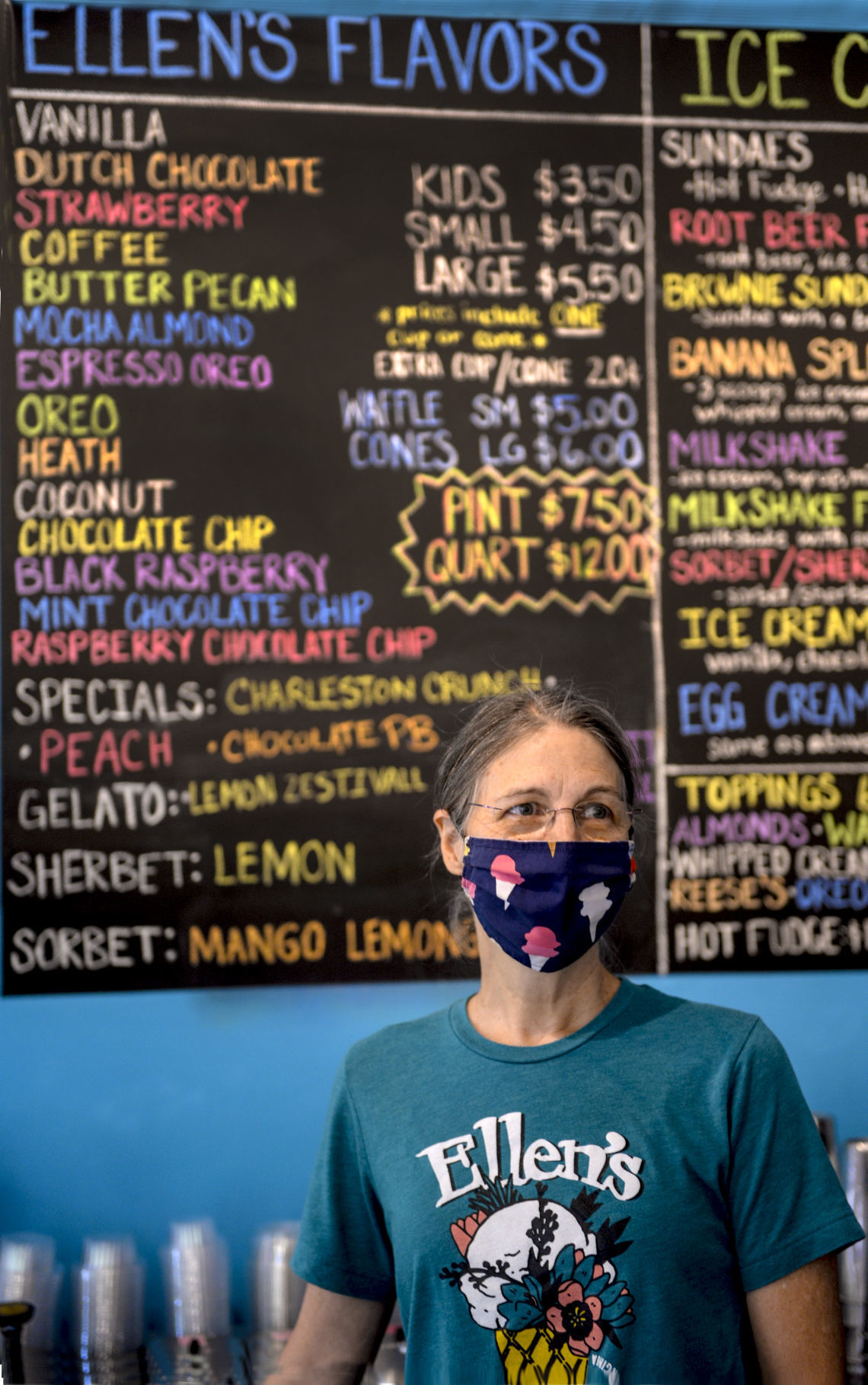 Laynie Ruff (back) makes a Hot Fudge Sunday while Destiny Potter builds a banana split at Austin's in Kenova.

Making a Banana Split at Austin's in Kenova.

And now for a sweet bit of relief from the heat of summer or the fear of fever from the coronavirus: Today is National Ice Cream Day, the high holiday of a month celebrating America’s favorite frozen treat.

Both the month and the day were only intended for the single year. Famously, Reagan was a big jellybean fan, but the celebration proved so popular with ice cream shops and ice cream makers that it became part of their calendar forever.

The rest of America just sort of went along with it.

When ice cream was invented is anyone’s guess.

There are stories of fruit sorbets being served to the Roman emperor Nero, in the courts of ancient Persia or on the steppes of Mongolia, but the basics for the ice cream we know and love began turning up in European cookbooks during the 17th century.

The Quakers brought their recipes to America and the country’s Founding Fathers were supposedly big fans of the cold treats.

George Washington is said to have spent $200 on ice cream equipment and recipes one summer.

To help honor the world’s favorite frozen dessert, HD Media checked in with a couple of ice cream institutions to see how they were faring during National Ice Cream Month in the midst of the COVID-19 pandemic.

Standing in front of a bulky ice cream maker the size of a gas pump, he layered vanilla ice cream mix into tubs, while stirring in blobs of cookie dough and chocolate shavings.

“I make the ice cream for us and for our store at The Market in Huntington,” he explained.

COVID-19 has hurt a lot of businesses, forced them to close dining rooms or severely limit service, but not Austin’s.

They don’t have a dining room. Their business has mostly been walk-up, drive-thru or limited outdoor seating.

The ice cream shop added curbside service during the pandemic, which Ruff said they were still getting used to. The long lot that borders the rectangular building is hard to monitor, though he said his staff has been keeping up.

Austin’s is a family business. Along with Ruff working in the kitchen, there’s his mother, an uncle and Ruff’s wife, Layne.

Austin’s began in 1947, but Ruff’s family didn’t start it. Ruff’s grandmother Joyce Snyder bought the shop in 1983, when Ruff was 3 years old.

Changing it after 35 years didn’t seem to make a lot of sense and neither did completely changing the menu.

Ruff said that when the family took over Austin’s they kept a lot of the original flavors, including their signature grape-pineapple ice cream, which is very sweet and very purple.

“Some people can’t stand it,” Ruff said. “Other people say it’s the best thing we do.”

“Those are shakes made with breakfast cereal,” Ruff explained.

A few years ago, one of the fast food chains offered up shakes mixed with sugary kid’s cereal. It was a kind of novelty.

Ruff said they looked pretty popular to him, so he developed his own line of shakes.

The serving sizes are generous. Austin’s doesn’t skimp on the toppings or the whipped cream. The brownie used as the base of their hot fudge cake is a dense, chocolate brick.

But people really just come for the ice cream — or the non-dairy treats.

“That’s really kind of sky-rocketed. A lot of people are interested in that,” Ruff said. “We used a coconut-based mix. It’s very good.”

“They’ll get mad if you call it ice cream,” he said and shrugged. “We call them ‘No Moo.’”

In happier times, Ruff said Ice Cream Day would be a time for celebration. Over the past few years, Austin’s has offered a special dollar dip day and set off fireworks out back, behind the flood wall.

But not this year.

Ruff said they’d be open, but no fireworks and no dollar dips.

“The line last year was all the way down to the traffic light,” he said and pointed toward a stoplight about 60 yards away. “There were people everywhere, plus cars. It was our busiest day.”

That kind of crowd would be hard to control or keep safe with social distance, so maybe next year.

Ellen’s Homemade Ice Cream in Charleston is one of the anchors of Capitol Street and an almost routine go-to for something sweet and cool on a hot day.

Now in its 23rd year, owner and ice cream chef Ellen Beal said she still serves the same 14 flavors she started with.

Few is an understatement.

Throughout the course of the year, the ice cream shop rotates in and out a dizzying array of treats, including several that are one of a kind like Paw-Paw, made with locally grown paw paws; Smooth Ambler Vanilla, made with a hint of the Greenbrier County distiller’s finest; and the very dense and nutty Charleston Crunch.

Yes, there was a flavor called “Baracky Road.”

Beal adds new items to the flavor board sporadically. Some of them are her personal celebrations. There are ice creams flavors celebrating the weddings of her daughters. The peanut butter and chocolate is for a son-in-law — his favorite.

“We make our own peanut butter syrup,” Beal said.

Beal keeps her attention where it matters.

“I like to focus on the ingredients,” Beal said. “We make a lot of our own stuff — like our cookie dough. We make the cookie dough nuggets that go into the ice cream from scratch.”

Beal experiments and tries different combinations of flavors occasionally. While she refuses to say that any batch has been a complete failure, she smiled and said, “There aren’t any mistakes with ice cream, just new flavors.”

But not all of them make it onto the menu board.

Beal loves the ice cream and her shop, but she really just loves Charleston.

“One of my favorite things about my store are the high school students I hire,” she said. “I love working with teenagers.”

Beal said she likes their energy, she likes watching them grow and mature as people. For some of them, scooping cones of raspberry chocolate chip is their first job. They have a lot to learn.

“I like when they work for me as high school students and then come back through the door as lawyers,” Beal beamed.

Traffic into Ellen’s is somewhat seasonal and occasional. Not as many people want ice cream in January. She said demand drops by around a third. Not everyone needs a scoop every day at lunch, either — whether they want it is a different matter, of course.

“Everything in moderation,” Beal said.

“A lot of it is vegan or vegetarian,” she said.

It makes a good balance for the ice cream.

Like a lot of other small businesses, the pandemic has hit Ellen’s Homemade Ice Cream hard. Sales are down and there were weeks when the shop wasn’t open, but she has high hopes. Customers have been coming back. People need ice cream.

Out of curiosity, we asked Kroger what West Virginia’s favorite ice cream flavors are, according to their records.

The results — well, see for yourself.

“West Virginia Kroger shoppers are big fans of some of the more traditional ice cream flavors, including vanilla, chocolate and Neapolitan, which come in first, second and third place, respectively. When it comes to toppings, caramel and hot fudge also are top choices among West Virginians.

“We’re proud of our Kroger branded products, including ice creams, and our West Virginia shoppers agree — Kroger brand ice cream is our bestseller.