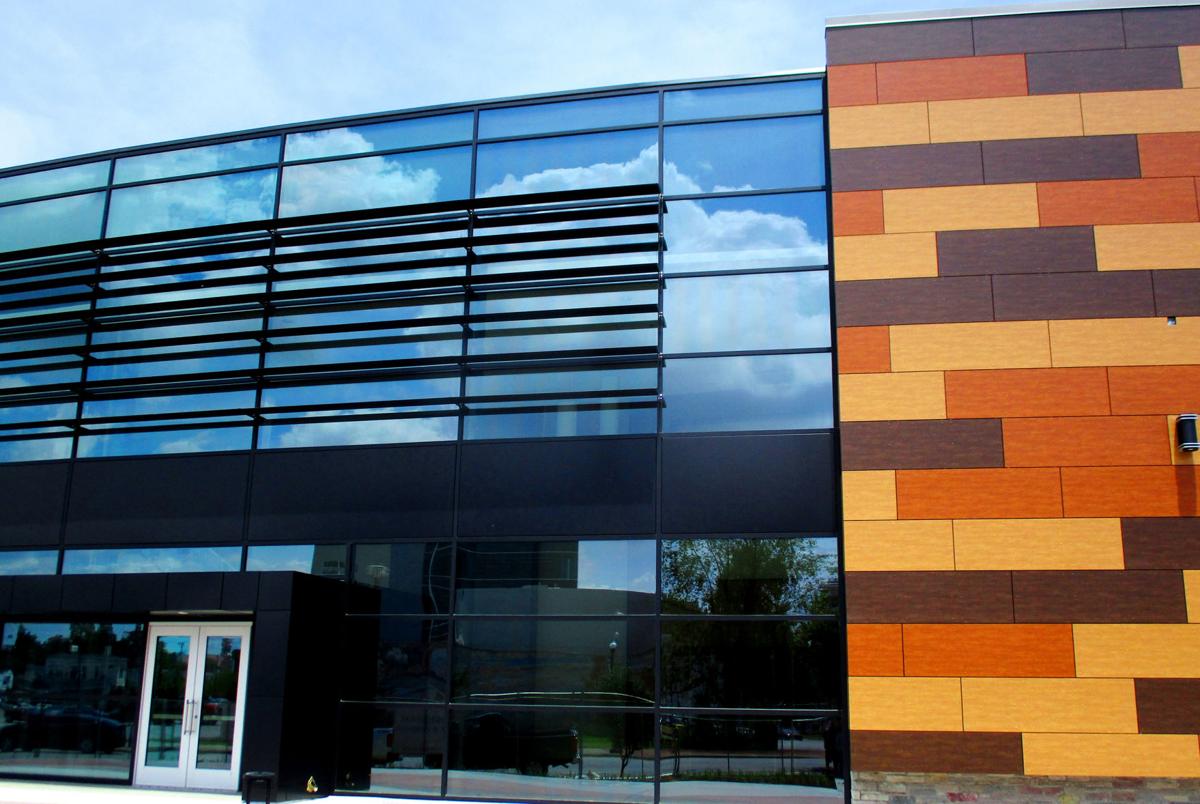 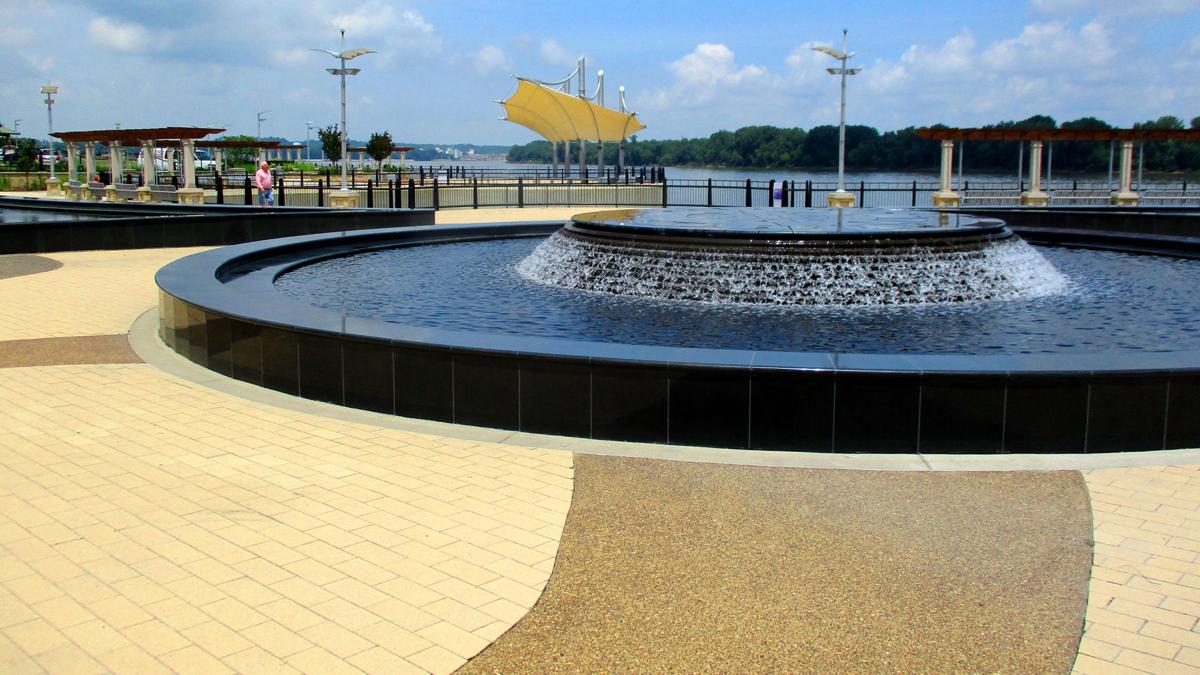 The Ohio River has always been a drawing card for the many towns and cities that exist along its banks. One such place, however, has stepped up and changed its look and groove in a big way.

Located about 300 miles from Huntington via Interstate 64, Owensboro, Kentucky, was forever known as an out-of-the-way river city on the other side of Louisville that at one time hosted the first-ever International Bluegrass Music Association conventions. But, the bluegrass world soon left Owensboro behind, even though it is located just 29 miles from the birthplace of the father of bluegrass music, Bill Monroe. Now, a $40-plus million dollar restoration has turned this city into a new and impressive destination.

Owensboro became the birthplace of the IBMA organization in 1985, and it has been the home of the separately-run Bluegrass Music Hall of Fame and Museum since 1991. Along the way, however, the annual IBMA convention and Awards Show left the ageing Executive Inn hotel in Owensboro and moved to Louisville, then to Nashville, Tennessee, and finally to Raleigh, North Carolina, where it has been held for more than six years now.

Less than 10 years ago, a move was made to revive Owensboro. The beginning of that renewal began with the federal government granting millions of dollars to protect the city from the ravages of the mighty Ohio River. Once it was known that construction would begin to save the riverbank, the city powers came up with a plan to create a brand new riverfront - and the results are amazing.

With a combination of funds from local businesses, entrepreneurs, city government and state government, Owensboro now touts a sparkling new riverfront that features a state-of-the-art 169,000-square-foot Convention Center, new high-end hotels, six music stages that augment large gathering spaces, a big and impressive 3D playground for kids and a Performing Arts Center, all on a mile-long stretch on the banks of the Ohio River.

Another important anchor to the resurrection of the riverfront area of Owensboro is the soon-to-be-open $15 million Bluegrass Music Hall of Fame and Museum. Yes, you read it right - $15 million dollars was raised to create this modern 50,000-square-foot museum, concert venue and event space dedicated to the great uniquely-American creation known as bluegrass music.

The official opening of the Bluegrass Music Hall of Fame and Museum is Oct. 18 with a special concert and presentations that will kick off a series of live shows to last well into the fall.

The Bluegrass Music Hall of Fame and Museum will be a multimedia facility featuring a Hall of Fame dedicated to the music genre's founding fathers and mothers, the beautifully adorned 450-seat state-of-the-art Woodward Theater built for concerts and events, an outdoor stage facing the Ohio River, top-of-the-line dressing rooms for entertainers and event spaces to be rented out that showcases the splendor of the Ohio River. In one section of the museum, there will be a jam room with a wall full of top-of-the-line instruments donated by some of America's best instrument makers that will be available for impromptu jams by the talented bluegrass fans who drop by.

Owensboro is about the same size as Huntington with a population roughly of 60,000, with surrounding Daviess County hosting about 100,000 citizens. Huntington has a population of around 48,000 with Cabell County featuring 97,000 people. What the assigned committees in Owensboro did was to travel to a city that had already found success with a riverfront revitalization so they could look it over and see what worked and didn't work in the process, and they chose Dubuque, Iowa. Located along the Mississippi River not far from where the Ohio River joins it, Dubuque turned around its riverfront a few years ago and now it is a destination location.

The creation of the Bluegrass Music Hall of Fame and Museum was a joint effort among Owensboro business owner Terry Woodward, who was instrumental in the creation of the IBMA years ago and for whom the new Woodward Theater is named, local and regional business people brought in by Woodward, Bluegrass Hall of Fame and Museum director Chris Joslin, Owensboro Mayor Ron Payne and then-Kentucky Gov. Steve Beshear. IBMA executive director Paul Schiminger has also been an enthusiastic supporter, working with everyone in Owensboro to connect the dots.

Mark Calitri and Dave Kirk work for the Owensboro Daviess County Convention and Visitors Bureau, which is tasked with spreading the news on the exciting transformation of Owensboro.

"Our riverfront is incredible," Calitri said. "I had a pretty high-profile job in Cincinnati. While there, I could go out to eat and to the store and everything else, and never see somebody I knew. But here in Owensboro, it is different. In the summertime, every Friday we have what is called 'Friday After Five' on the riverfront, and it blows your mind how many people come to this free event. And, we just opened a new bourbon distillery, which is now on the official Bourbon Trail, which is visited by over a million people a year here in Kentucky. Our job is to rebrand this city. All roads lead to Owensboro."

With access to nearby Interstate 64 and Interstate 65 and the four-lane, 70-mph William Natcher Parkway, which is a direct shot to Owensboro, good times await in this river city.

"The whole theory behind this riverfront-wide renovation was place making," Kirk said. "Once this city built places that people wanted to go to, we have built things around it. 'Friday After Five' in the summer months is a perfect example as it is literally a mile of live music from the Convention Center past the Bluegrass Museum to the RiverPark Center for the Performing Arts. There are six stages of music every Friday between Memorial Day and Labor Day with food trucks, adult beverages and stuff to do for the kids, and it is all free. People have this idea in their head that Owensboro is tucked away somewhere in northwestern Kentucky, but it is all four-lanes of highway that lead here. Because of ease of access and what is going on in the city, people are booking conventions and road trips in line with Friday After Five, the Bourbon Trail and now the Bluegrass Music Hall of Fame and Museum."