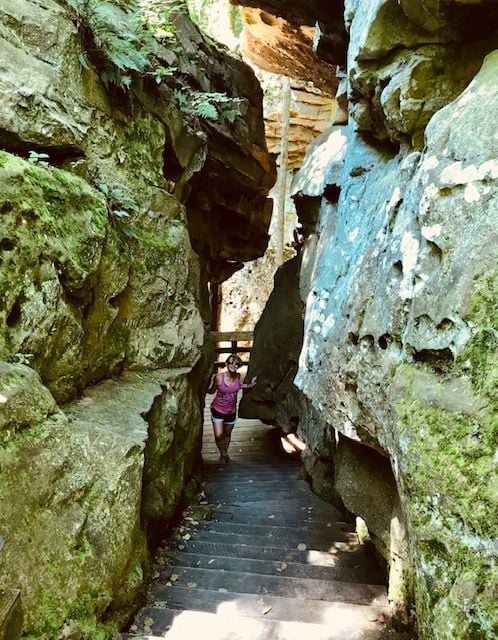 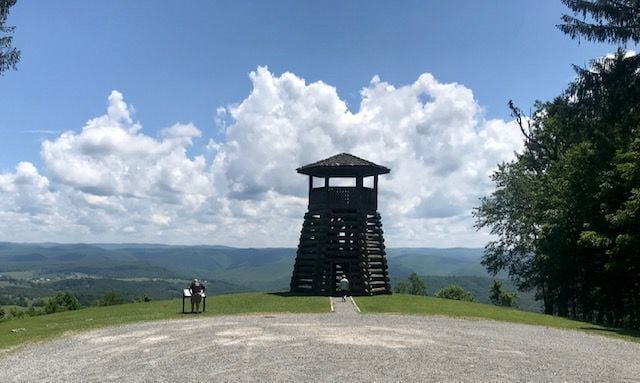 “Afoot and lighthearted I take to the open road, healthy, free, the world before me.” — Walt Whitman

In the face of COVID-19 travel warnings and headlines of superspreader events, it may seem impossible to plan a summer getaway. However, for those of us living in the Appalachian Region, a 205,000-square-mile area that covers all of West Virginia and parts of 12 other states, including Ohio and Kentucky, travel destinations abound as the wonders of Mother Nature are all around. Therefore, if you’re willing to rethink what travel can mean and look like, a world of outdoor adventures awaits — all within an easy drive.

Recently, John and I did just that. We took off toward the Greenbrier River Valley area and explored parts of Greenbrier and Pocahontas counties.

Whether you’re planning a day trip, camping, or cottage/cabin excursion — this area offers plenty to see, do, and experience while safely maintaining social distancing. These types of adventures are affordable and family friendly.

On this most recent trip to the GRV area, we once more stayed in Lewisburg in a cottage called, “Stone Throw Retreat,” which we found on Airbnb. During our first full day, which I described in a previous piece, John and I explored Cranberry Glades, the Falls of Hills Creek Scenic area, and stumbled across the birthplace of author Pearl S. Buck. On our second day, we took the same approach as we had taken on our first — no itinerary. We just hopped onto US 219 and began traversing this scenic and meandering road.

The first place that struck our fancy was Beartown State Park. When John and I first arrived at the 107-acre natural area, we discovered, much to our surprise, that this park has a connection to Huntington, West Virginia! The land that is now known as Beartown State Park, according to a marker found inside the park, was made possible, in part, through a donation by, “Mrs. Edwin G. Polan of Huntington, in memory of her son, Ronald Keith Neal, a former student employee of the West Virginia State Park System who lost his life in the Vietnam War on April 21, 1967.”

Beartown State Park derived its name from residents local to the area because the land is filled with numerous cave-like openings that look like perfect winter dwellings for black bears. These rock formations, with their narrow passageways that look like streets, date this ancient “town of rock” to over 300 million years ago!

The park itself is simple, with a half-mile boardwalk, zigzagging in, through, and around the rock, as the singular point of interest. It was clearly built with the idea of preserving the integrity of the land while still allowing visitors to enjoy the natural rock-like garden. The walk, in fact, is so spectacular, that I would think it is possible to visit repeatedly and still notice something new each time. If you’re looking for an opportunity to hear the whisperings of God, John and I highly recommend a trip to Beartown State Park!

Continuing our drive further northeast along US 219, we came to Droop Mountain Battlefield State Park. With full knowledge that monuments to the Civil War are currently under high levels of scrutiny, our decision to visit this mountain had to do more with our genuine desire to experience the view from the top of the mountain, named for its drooping appearance, especially with regards to the perspective from the tower overlooking the GRV. Little did we know that the park also included eight hiking trails, two picnic shelters, and an old-time playground that harkens back to the type John and I once enjoyed in the late ‘60s and early ‘70s!

Droop Mountain is considered one of West Virginia’s smaller mountains, rising 3,597 feet above sea level. Nonetheless, the view from the top was nothing short of spectacular! The day we visited was bright and clear with abundant sunshine blessing the valley below. The wind whistled through the trees and a feeling of peace settled in our bones as John and I surveyed the numerous mountain tops surrounding the valley through which we were traveling. Gaining a different perspective of the landscape from the Droop Mountain tower, at least to me, was awe-inspiring as I tried to comprehend the passage of time the mountains and the river valley represented — not to mention the greatness of Divine Providence’s hand in forging such magnificence.

We ended day two with a four-mile walk along the Greenbrier River Trail at Renick.

In the shade of the GRT, the temperatures were much more moderate with a continuous gentle breeze. Along the trail, we saw several people kayaking the river, flowers blooming, and listened to birds. Toward the end of our walk, John and I encountered a couple of fishermen who recommended we explore the other Renick entry point to the GRT in order to see an eagle’s nest. We decided to make that our first priority for day three.

Thus, our third day began with John and I driving through Renick proper and seeing what must have been, at one time, a thriving farming community. The streets were quite narrow, and most of the homes reflected the bygone days of another era. It was a peaceful, but short drive as it ended right at the Greenbrier River’s edge as the fishermen from the day before had said it would.

Stepping onto the GRT from this point of entry, John and I trekked four more miles in the opposite direction from the previous day, moving more northward. Walking in this direction, we were indeed able to spy the eagle’s nest just past an old swinging bridge that was, unfortunately, locked up — or I would have climbed upon it and crossed to the other side for sure! The nest was located on the opposite side of the river, but even from our vantage point, we could view the vast size of this majestic bird’s nest. While taking pictures, a biker drove past, then stopped to chat at a socially appropriate distance to share his experiences of pedaling the GRT. We then finished our walk, and decided to head toward Marlinton, West Virginia, the seat of Pocahontas County, and attributed as being another excellent location for GRT exploring as recommended by the same fishermen from the previous day.

Back in the car, traveling US 219, we put our sites on Marlinton in hopes of another adventure. After a longish drive, we stopped by Appalachian Sports, a business we recognized from our previous day’s conversation, to learn more about their bike rentals as a potential experience for a future visit to GRT. While there, we learned that Marlinton is home to the Roadkill Cook-off and Autumn Festival that began in 1991, but has, unfortunately, been cancelled for this upcoming fall due to COVID-19. However, good news for roadkill lovers, it’s already slated for a return on Sept. 25, 2121 — just in time for my birthday!

While in Marlinton, we drove through parts of Watoga State Park, the largest in the state. Covering 10,000 acres, WSP offers camping, cabin rentals, an 11-acre lake for paddle- and row-boating as well as fishing, 15 miles of roads for biking, and 40 miles of hiking trails. There is also a lodge with a restaurant. Our navigation through the park was filled with wooded beauty, ample dappled sunlight, and wildlife wonders.

Our exploration of Greenbrier and Pocahontas counties was a wonderful, grounding experience. We were safely able to vacation while still maintaining social distance.

What better way to get away than in wild and wonderful West Virginia — where an adventure awaits around each curve of its mountainous roads!

From our home to yours, John and I wish you safe and healthy travels!

Stephanie Hill is a freelance writer and a teacher at St. Joseph Catholic School in Huntington. She is also a lifelong resident of Lawrence County. She can be reached at hill992@zoominternet.net. Or you can check out her website, stephsimply.com.