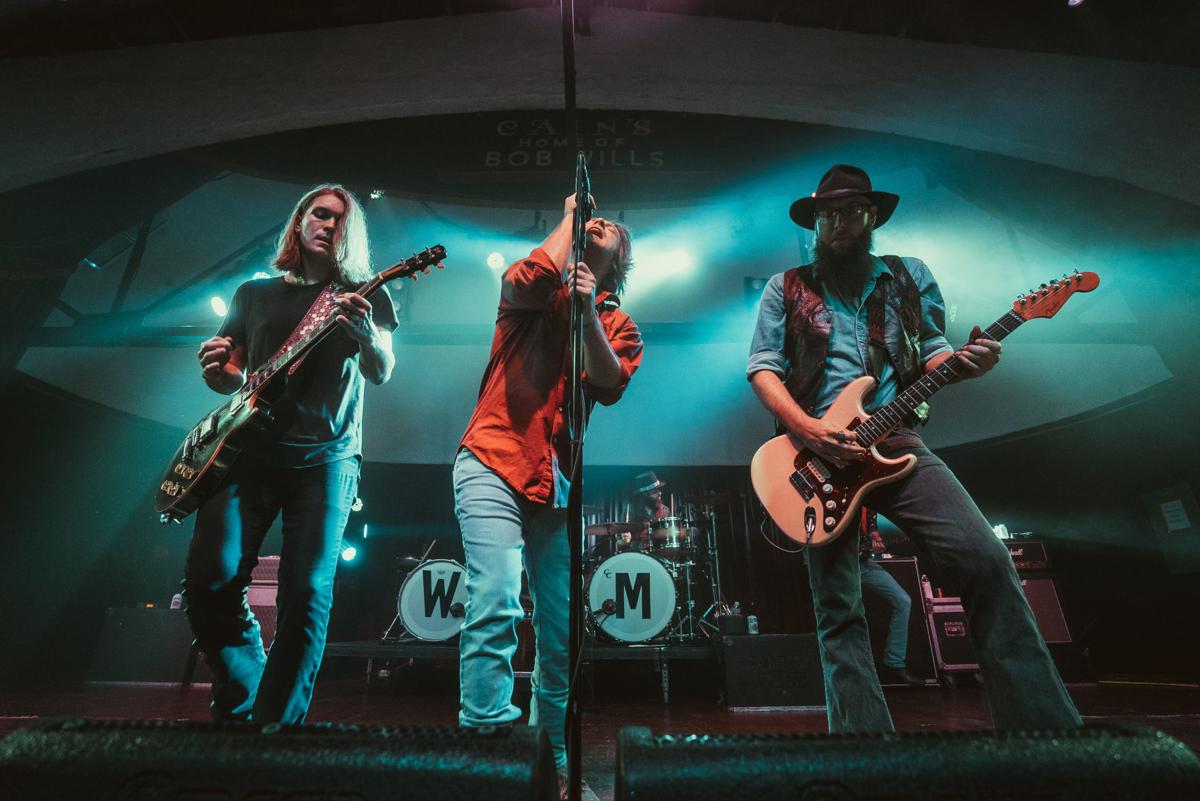 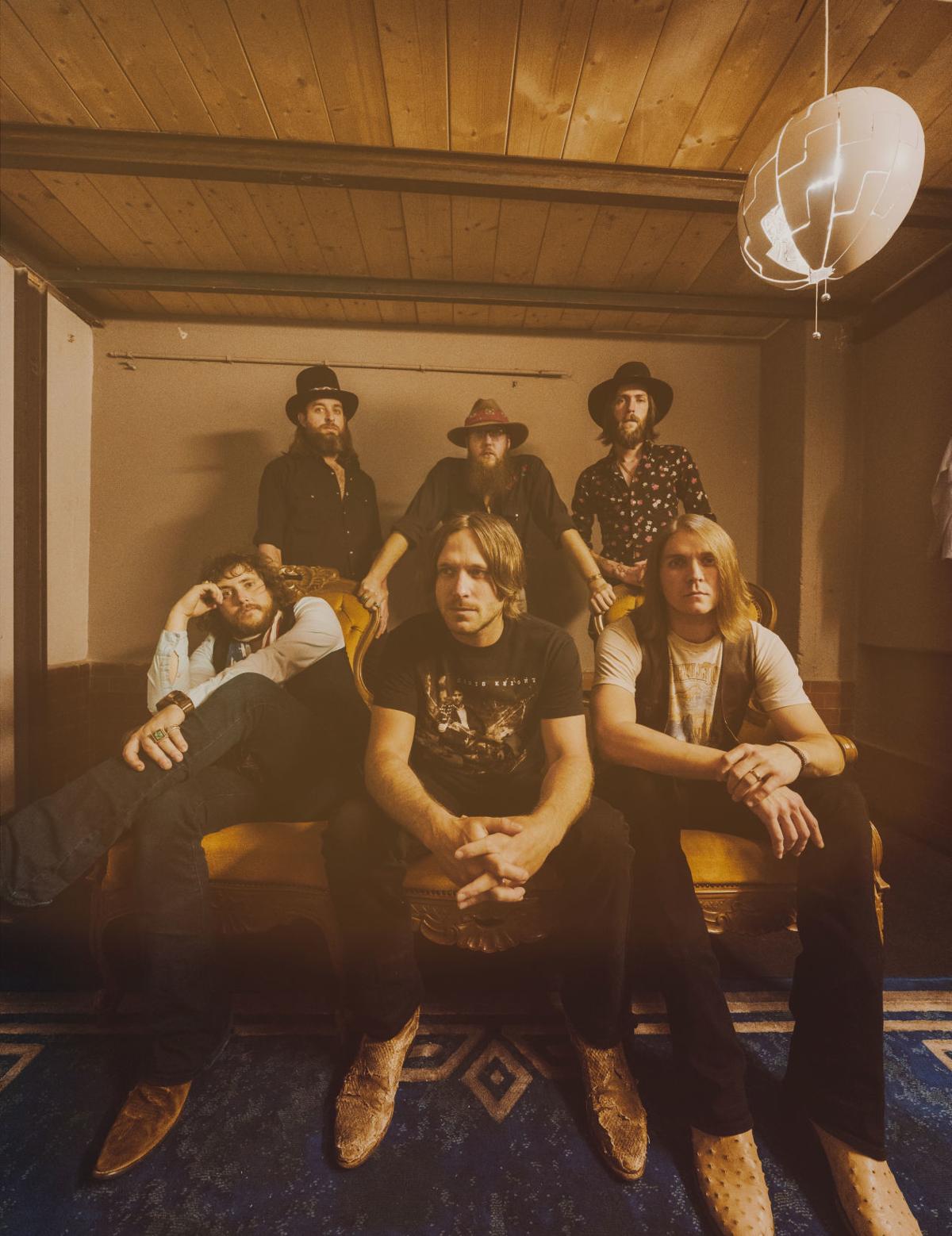 It has been 12 years since the members of Whiskey Myers released their debut album. Hailing from the red dirt area of Palestine, located in East Texas, the band set out to first conquer the music scene in their native Lone Star State before going national.

While country music has overly flirted with a harder southern rock sound in recent years, Whiskey Myers is blatant about their electric guitar-driven style. Influenced as much by Lynyrd Skynyrd as Waylon Jennings and the Rolling Stones, the band’s all-out approach to music makes for a fun show.

Success finally came for the hardworking band when they were tapped to appear in multiple episodes of the hit streaming TV show “Yellowstone” in 2018. Then, last summer, the group was asked to open for the Rolling Stones in Chicago, and that was followed by the release of their fifth self-titled album in September 2019.

Now, this Saturday night, Jan. 11, Whiskey Myers will headline a show at the historic Paramount Arts Center in Ashland, with opening act The Steel Woods. The concert begins at 7:30 p.m. and more information can be found at paramountartscenter.com and whiskeymyers.com.

Whiskey Myers is made up of a group of musicians that have been all-in from the start, determined to make it as a group in a digital age when their income is made predominantly from live touring more than album sales.

“We have always lived in East Texas, and everybody in the band is from Palestine,” said Cody Cannon. “Music is a big thing down here. There are musicians that have toured their whole lives just in Texas and have only been played on regional radio stations in the state, yet they have made good careers for themselves. There is a lot of good music down here and bars and festivals to play at, and the fans are great. So, we have always been a working band and have stayed on the road a long time. Touring changes from year to year and after a few years, you do it a different way. We probably handled it differently when we were younger.”

The group began to tour regularly while barely out of their teens.

“Touring is second nature to us as we have been doing this for a while,” Cannon said. “Music is the only thing that any of us has ever done as far as a career goes. We’ve been on the road full time since we were about 20 years old. It is what we know and it is what we are used to, although we travel in a lot nicer ride these days in our bus. Back in the day, we did our time traveling for a couple of years in a Chevy Suburban and we did two or three years in a van as well. We’ve done it all and we’ve earned where we are now.”

When Whiskey Myers appeared on “Yellowstone,” things changed quickly for the band.

“I think being on that show was one of the biggest factors in our career,” Cannon said. “It was life-changing. We had been recording albums and playing on the road for years by then and just going for it, but then our fan base doubled and tripled almost overnight and it was due to that show, for sure. We were selling out most of the places we were playing at that time, but our appearance on that show doubled all of that instantly. It was cool being on that sound stage, although there was a lot of sitting around, kind of like being in a band. But it was cool and a good experience.”

About a year later, Whiskey Myers found themselves standing onstage in Soldier Field stadium in Chicago, opening for the Rolling Stones.

“The Rolling Stones are definitely my favorite band, so that gig was great,” Cannon said. “We got to meet them and take pictures with them. Our bass player Jamey summed it up like this, saying, ‘Man, we could headline Soldier Field and sell it out and it still wouldn’t be as cool as opening for the Rolling Stones.’ They were super cool and hospitable and really nice.”

Whiskey Myers has developed a good following in Kentucky and the Tri-State area. The group has also been influenced heavily by the Kentucky-based singer and songwriter Chris Knight, who has developed an impressive following in Texas in his own right.

“There have been a lot of good musicians that have come from Kentucky, and I like the people there as it has a good vibe about it,” Cannon said.

“Talking about influences, Chris Knight is from Kentucky, and I am a big Chris Knight fan. When growing up in Texas, a lot of people down there listen to Chris Knight, so he is kind of a legend to us. He played in Texas a lot and we opened up for him. We played a lot of shows with Chris, and our paths have crossed a lot.”

As Whiskey Myers pulls into Ashland to set up on the stage of the historic Paramount Arts Center this weekend, their goal will be the same as always: to rock the house and keep it real.

“We’ve never tried to put our music in a box or genre or anything like that,” said Cannon. “We just do our own thing and that is how we are. There is no reason to be something fake and BS your way through stuff. You have pressure to do things a certain way sometimes, but you have to stick to your guns and do it your own way. If you go out, at least you went out doing it how you wanted to do it.”