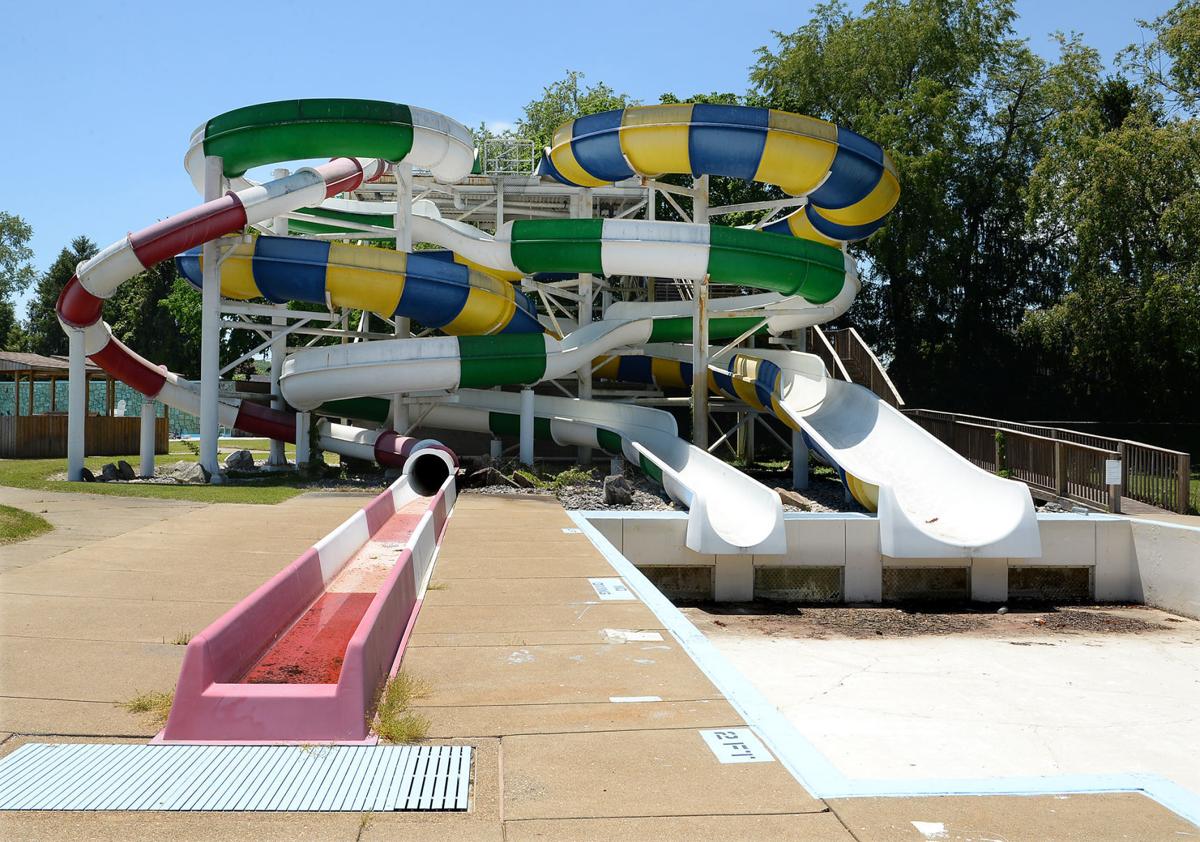 Waves of Fun slides are closed for the season because of structural damage. They could be temporarily repaired, but could also be replaced. 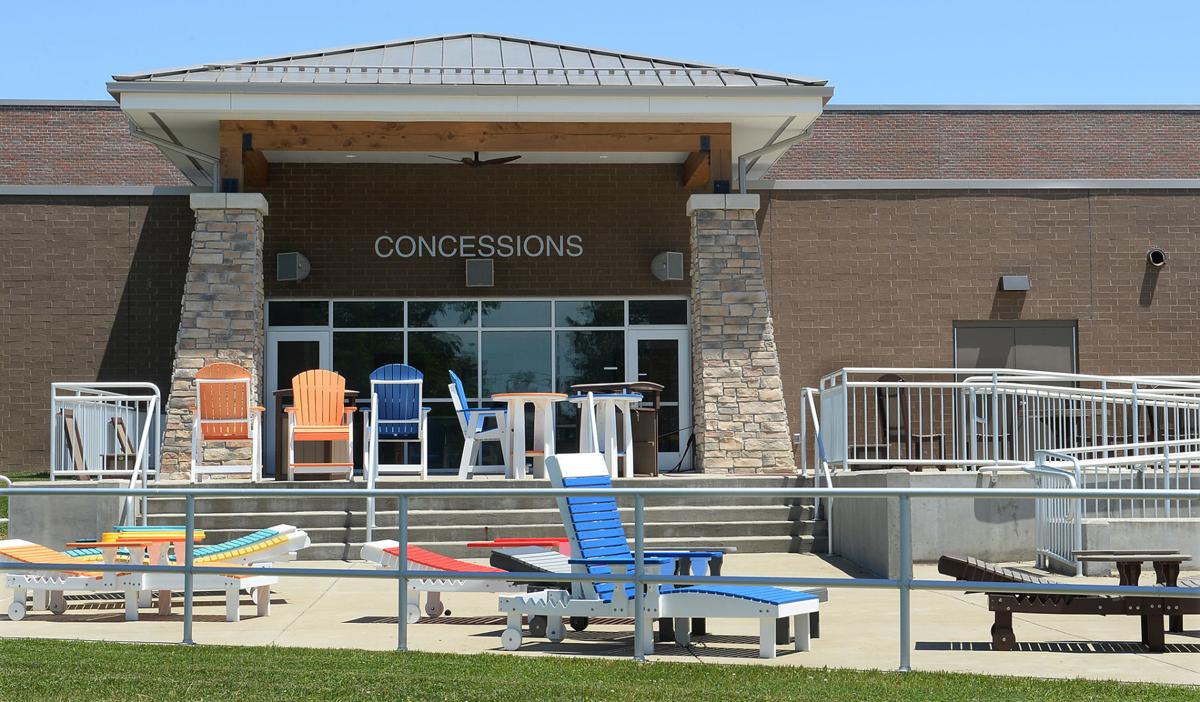 The Waves of Fun concession stand and pool deck are cleaned, polished and ready for crowds. Like most area pools, Waves of Fun opened last weekend. 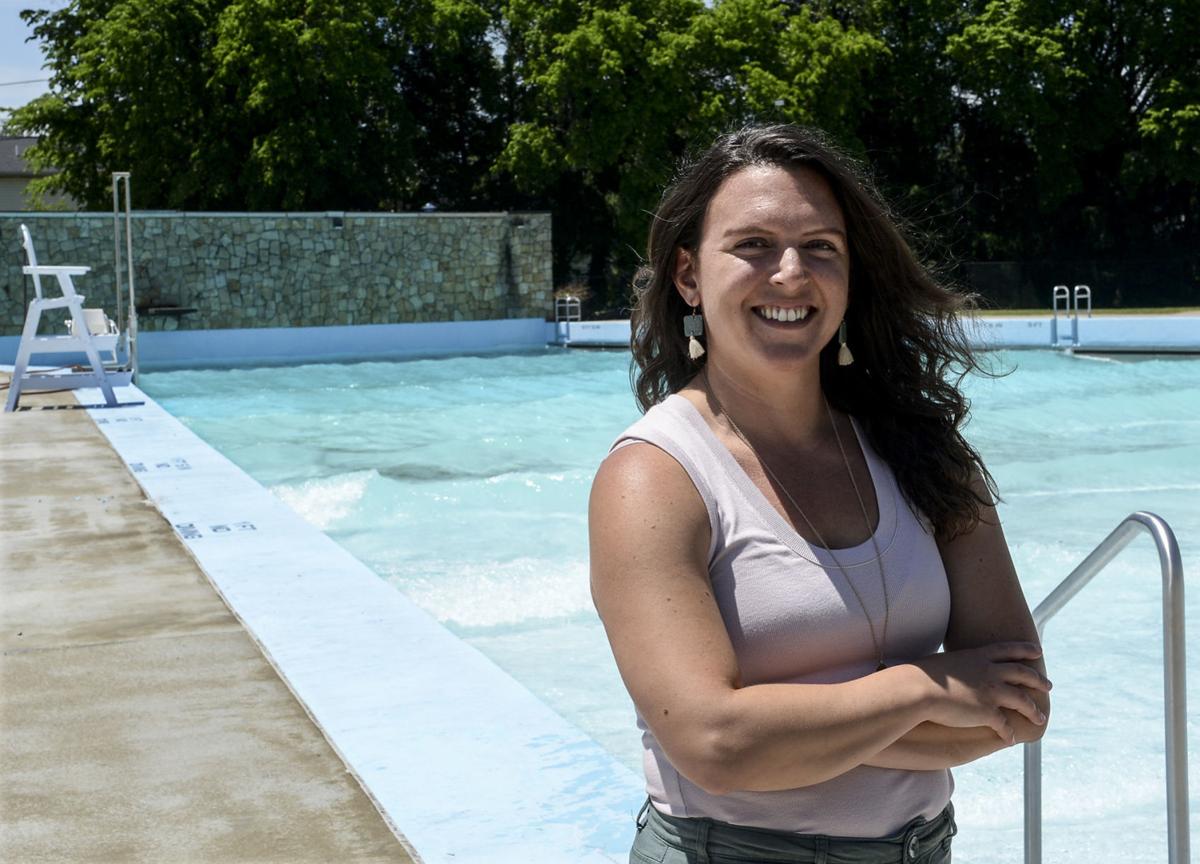 Waves of Fun co-director Ashley Deal said after a year off because of the pandemic that the pool was looking forward to seeing guests again for the summer.

Waves of Fun slides are closed for the season because of structural damage. They could be temporarily repaired, but could also be replaced.

The Waves of Fun concession stand and pool deck are cleaned, polished and ready for crowds. Like most area pools, Waves of Fun opened last weekend.

Waves of Fun co-director Ashley Deal said after a year off because of the pandemic that the pool was looking forward to seeing guests again for the summer.

HURRICANE, W.Va. — A week before Memorial Day and the start of the summer season, the staff at Waves of Fun were readying for the swimsuit-clad crowds to return.

Out front, at the welcome desk, rumpled stacks of multi-colored T-shirts leaned precariously.

The staff shirts had been picked over the night before when the wave pool had met with this season’s incoming concession stand workers and lifeguards.

In back, at the pool, waves swept from the far, deep end to the shallow side in a steady pulse that you could almost dance to.

The blue water sparkled beneath the sun. The grass was lush, green and ready for the acres of beach towels that would cover it.

Co-directors Ashley Deal and Justin Williams were excited about opening and welcoming back the community after being closed since 2019 — but they weren’t entirely sure what kind of crowd they would get just yet.

While the water looked inviting and there was plenty of space to soak in the sun, the park’s water slides are out of commission and will be sitting this season out.

During an inspection in April, severe structural problems were discovered.

Deal said, “We have a 1-inch-wide vertical crack on one of the main beams. The top deck was also recommended to be replaced, as well as another beam.”

The pool was built in 1980. The slides are decades old and other problems could emerge. Neither Williams nor Deal was sure how much that would cost, but it wouldn’t be cheap.

“Whatever repairs and renovations we do here need to be part of a multi-step project,” Deal said.

Bringing back the slides or adding other attractions will take some time — at least one season, maybe more. Nevertheless, they said, even without the slides, people still wanted Waves of Fun to open.

It’s not just a local summer hangout. It’s a leisure destination for people from all over the area, and after a year spent in isolation, a lot of people want to come anyway.

Deal said they would’ve opened last summer if they could’ve made it work.

“There were guidelines set up for places like us to open,” she said. “But our maximum capacity was capped at 100 people and we just couldn’t do that.”

A 100-person day at Waves of Fun would be a very bad day.

“You’ll get a day like that, sometimes,” Deal acknowledged. “But most weekdays, we’re seeing around 400 people.”

On the weekends, primetime, that number can balloon to a thousand or more.

And at the beginning of last summer, nobody was going out. A hundred people in the park might have been a stretch.

“We just couldn’t afford to do it,” she said. “So, it was better for us to stay closed.”

With the slides out, Waves of Fun is putting more emphasis on its programming. They’re doing poolside fitness classes, having story-time for smaller children, hosting team trivia and showing films over the summer.

Prices have also been reduced by $2 for the season.

The situation with the slides is regrettable, but they didn’t want to spend another season closed. People were counting on them to reopen, Deal and Williams said.

A lot of work always goes into getting ready for summer.

Before the first wave can cross the pool, the collected water, dead leaves and sludge has to slowly be pumped out.

The brackish mess is a playground for turtles and huge frogs. Some of the tadpoles can be as big around as a man’s fist.

Then the pool has to be scrubbed, sanitized and checked for damage.

Then the water has to warm up to something comfortable. That takes days, maybe longer, depending on cloud cover and spring temperatures.

The pool loses about an inch of water every day. People running in and out of the pool take some of it with them, but Deal said they lose about 5,000 gallons a day just to evaporation.

“We get started the first of May, but it’s something we’re always working on,” Williams said.

Last year, with the pool closed, they didn’t really have to keep track of the water, the chlorine levels or the speed of kids moving along the deck (walk, don’t run).