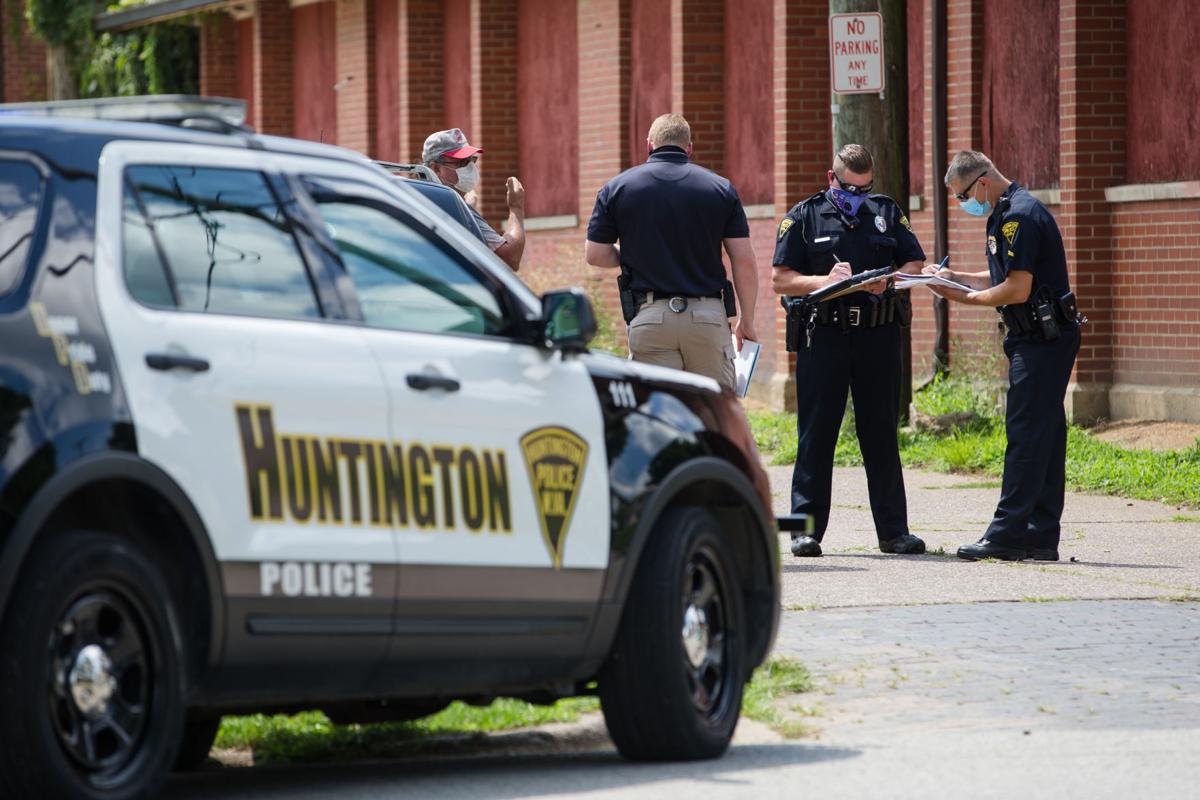 Huntington police officers respond to an incident on West 10th Street on Aug. 4, 2020, in Huntington. 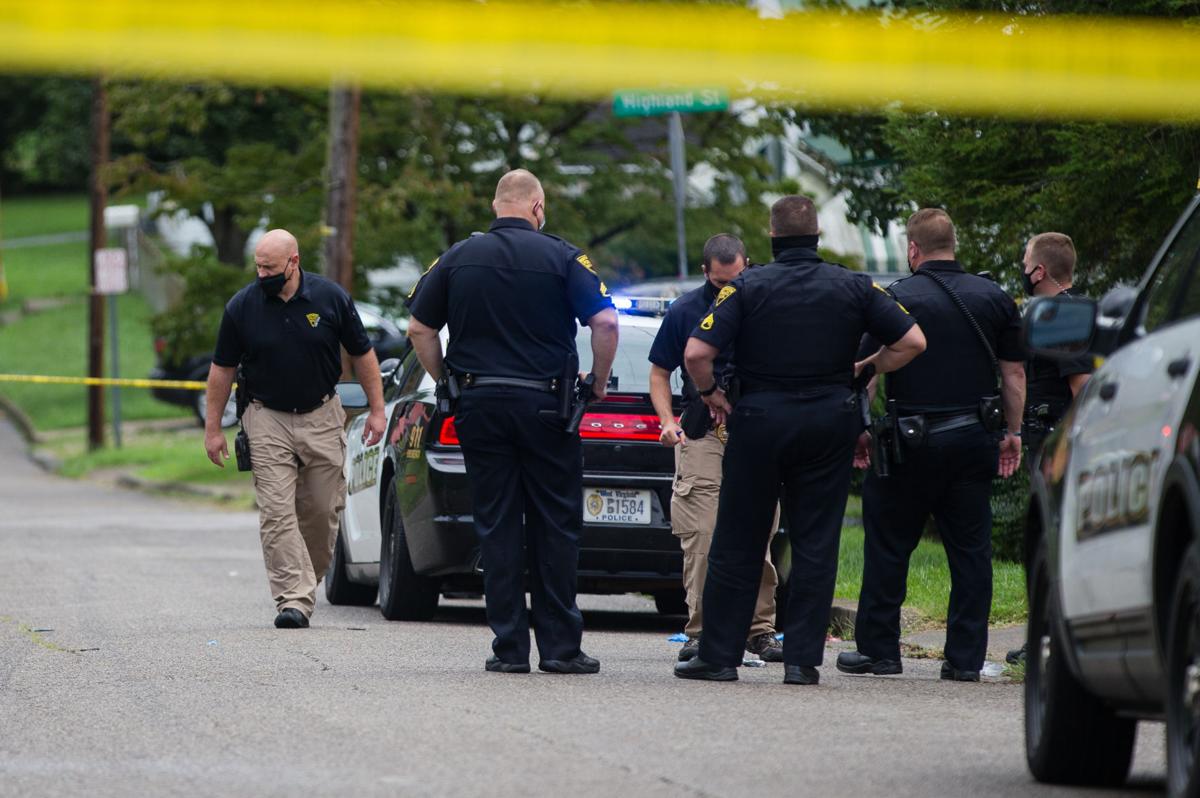 Huntington police officers respond to a shooting along Oney Avenue on Sept. 3, 2020, in Huntington. 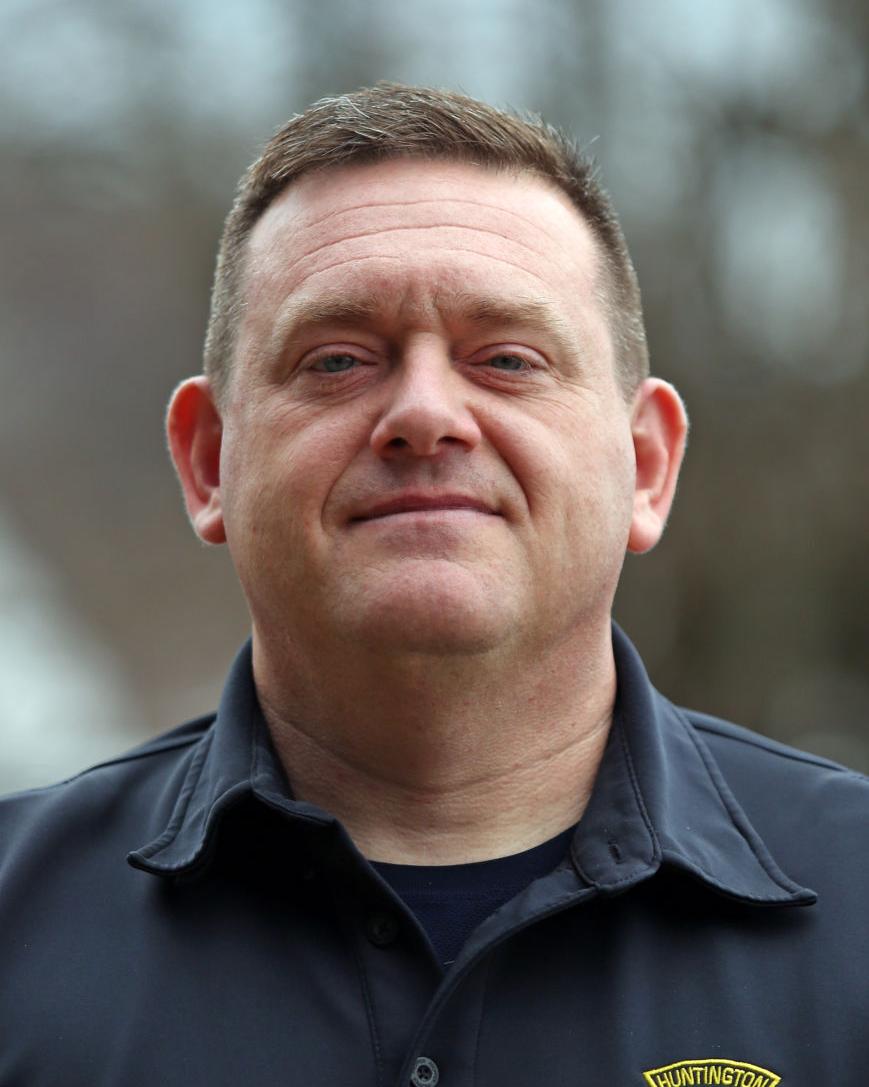 Huntington police officers respond to an incident on West 10th Street on Aug. 4, 2020, in Huntington.

Huntington police officers respond to a shooting along Oney Avenue on Sept. 3, 2020, in Huntington.

HUNTINGTON — For the first time in years, the city of Huntington saw a decrease in all categories of violent and property crimes in the first six months of this year, three years after both peaked.

Although the city could see an increase of homicide investigations by the year’s end, it reported just two in the first six months. In addition, reported arsons and forcible rapes have decreased by more than 40%.

While the city saw about a 9% decrease in dispatched calls for service, Huntington Police Chief Ray Cornwell believes the percentage drop in crimes reflects actions of officers still being on the streets, despite navigating uncharted waters due to the COVID-19 pandemic and social unrest over calls for police reform.

“I would give all the credit here to the hard work and men and women of the Huntington Police Department. They haven’t slowed down. They haven’t stopped,” he said. “We listen to the public and we listen to the community and we try to give them guidance and focus, but they’re out there doing the work every day.”

As the numbers continue to reach a more manageable rate, Cornwell hopes to put some new attention on “quality of life” criminal issues — such as sex workers and squatters — that annoy Huntington residents.

While the department’s drug unit has executed two fewer search warrants this year compared to last, it has seized 51 illegally possessed firearms, compared to 11 in 2019. The amount of drugs seized so far this year was not available.

Cornwell said police have been averaging about six drug raids a month, which he thinks is a good pace.

“We haven’t been quite as vocal about it because, you know, because the time is generally anti-police, but we are still going out there every day doing our job,” he said. “We’re following up, we’re investigating these cases, we’re hitting our search warrants and we’re shutting these places down.”

Cornwell said not much has changed at the department since he took over at the end of 2019 when former police chief Hank Dial left to become Huntington’s city manager. The focus is still on the Violent Crime Initiative (VCI) and helping violent crime numbers decrease three years after its creation at the height of violent crime in Huntington.

The VCI focuses on conducting rapid, thorough drug investigations targeting violent drug offenders and quickly charging them to get them off the streets, rather than months-long investigations.

“I have to believe that’s what’s affecting those numbers going down,” Cornwell said.

Even with the VCI, Cornwell said some categories are difficult to impact. Aggravated assault is typically caused because of personal issues between people, which police cannot prevent.

“A lot of the time, those are a ‘crime of passion that happens in the moment’ kind of things,” he said. “We just can’t physically be everywhere all the time. That’s a difficult thing.”

Cornwell said the high number of arsons recorded in 2019 could be contributed to one perpetrator. Police were not sure if the person was criminally charged, but once they were caught, the number of arsons went down. The decrease could also be the result of HPD proactively dealing with squatters, he said.

Forcible rape, defined by the FBI as “the carnal knowledge of a female forcibly and against her will,” is another category police find difficult to control. It has decreased by more than 41% compared to the first half of last year. Cornwell said he hopes it’s because fewer offenders are committing rape after being educated via public anti-rape campaigns, but it could also be because fewer people are meeting in person because of COVID-19.

Federal and local partnerships have also helped — the federal court promised an increase in prosecutions of drug offenders at the federal level and followed through, Dial said.

Cornwell and Dial said they don’t believe people have been driven to crime because of job loss and other effects of COVID-19. Crime really has never been based on someone in need of money; it’s more based on drug culture, Dial said.

“Since the beginning of the Dial era, the results have shown for themselves,” he said. “He may have moved to City Hall in December 2019 as the city manager, but he is serving as a de facto public safety commissioner over our police and fire departments.”

Community policing not new for HPD

Cornwell said he believes the size of the community and the police force allows for a more intimate and better relationship with residents and businesses.

Cornwell said after gaining facts about each police incident witnessed across the country, HPD incorporates it into its own training, which is constantly changing. As an example, he said he made sure each of his officers watched the video of an officer arresting George Floyd in Minnesota.

“We sit down the command staff and the training staff, look at it and we go to roll calls and we talk about it,” he said. “We don’t just send out emails or memos. We sit down and talk and explain why this was wrong and why we don’t do that.”

A focus on ‘quality of life’ issues

Cornwell hopes if the numbers in the eight crime categories continue to decline, police can focus on more “quality of life” issues, such as sex workers and squatters.

While those issues might not be at the top of Huntington police’s list because they are outweighed by violent crime, it’s something Huntington residents said via Facebook interviews affects their lives daily, to the point they dread leaving their homes.

Russell Harshbarger, a Jackson Avenue resident, said he sees sex workers on the sidewalk around his house constantly and witnesses a lot of drug activity at a house near him.

“We barely see any police down through here. Something needs to be done. A lot of our neighbors don’t even want to let their kids outside to play anymore,” he said. “I just really hope they do more stings, and not just the prostitutes. If they bust the johns, too, then that removes their business as well.”

For a woman like Alex Bowen, a Madison Avenue resident, it’s more violent. She said she can’t go outside and has to carry pepper spray and a knife because she is accosted by men who mistake her for a sex worker. Once, she was chased by a man until she reached a business for safety, she said.

However, Bowen said she felt encouraged that police may be able to focus on those issues in the foreseeable future.

“I barely see any police in the West End, to be honest with you. I see them downtown and at the Sheetz down in the West End, but not anywhere near Speedway or down the back streets where they need to be,” she said. “I just want the police to know that I am thankful (for) what they have started to do and hope to see even more progress in the coming months.”

An anti-trespassing ordinance calling for jail time that is expected to be proposed to City Council on Monday could also help. It would allow the city to post a no-trespassing notice on a building if the owner does not within so many days of being told of the issue, which would give police more ground to stand on in proving their case in court.

Trespassing is a crime that involves a victim and, without the owner, there is no case.

Cornwell said the police department has hired eight new recruits — the largest hiring class since seven in 1996 — who will help make these goals possible.

He said the department has shifted its hiring method by scooping up recruits as soon as they are approved after an interview process, rather than waiting until the academy is about to start another term.

Another round of testing for the department is taking place Sept. 26.