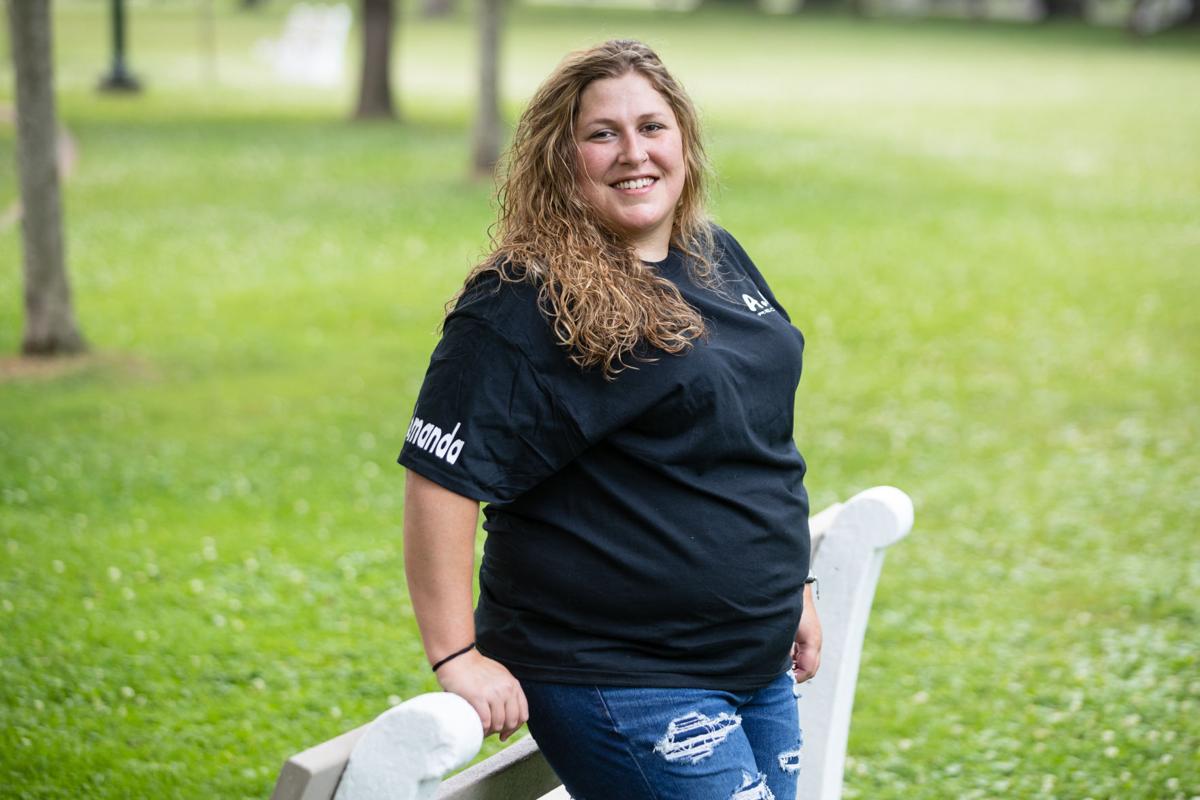 Amanda Woodrum is pictured on Tuesday, July 6, 2021, at Ritter Park in Huntington. Woodrum is in recovery for opioid use disorder. 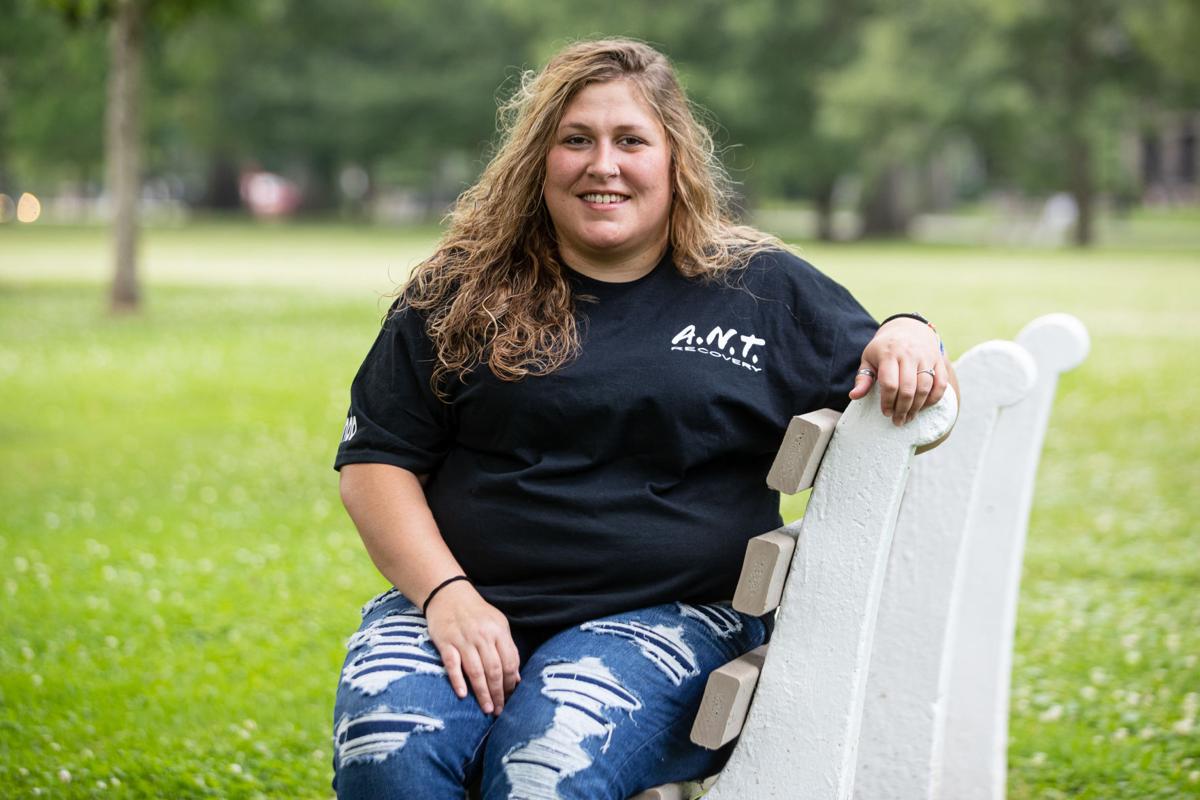 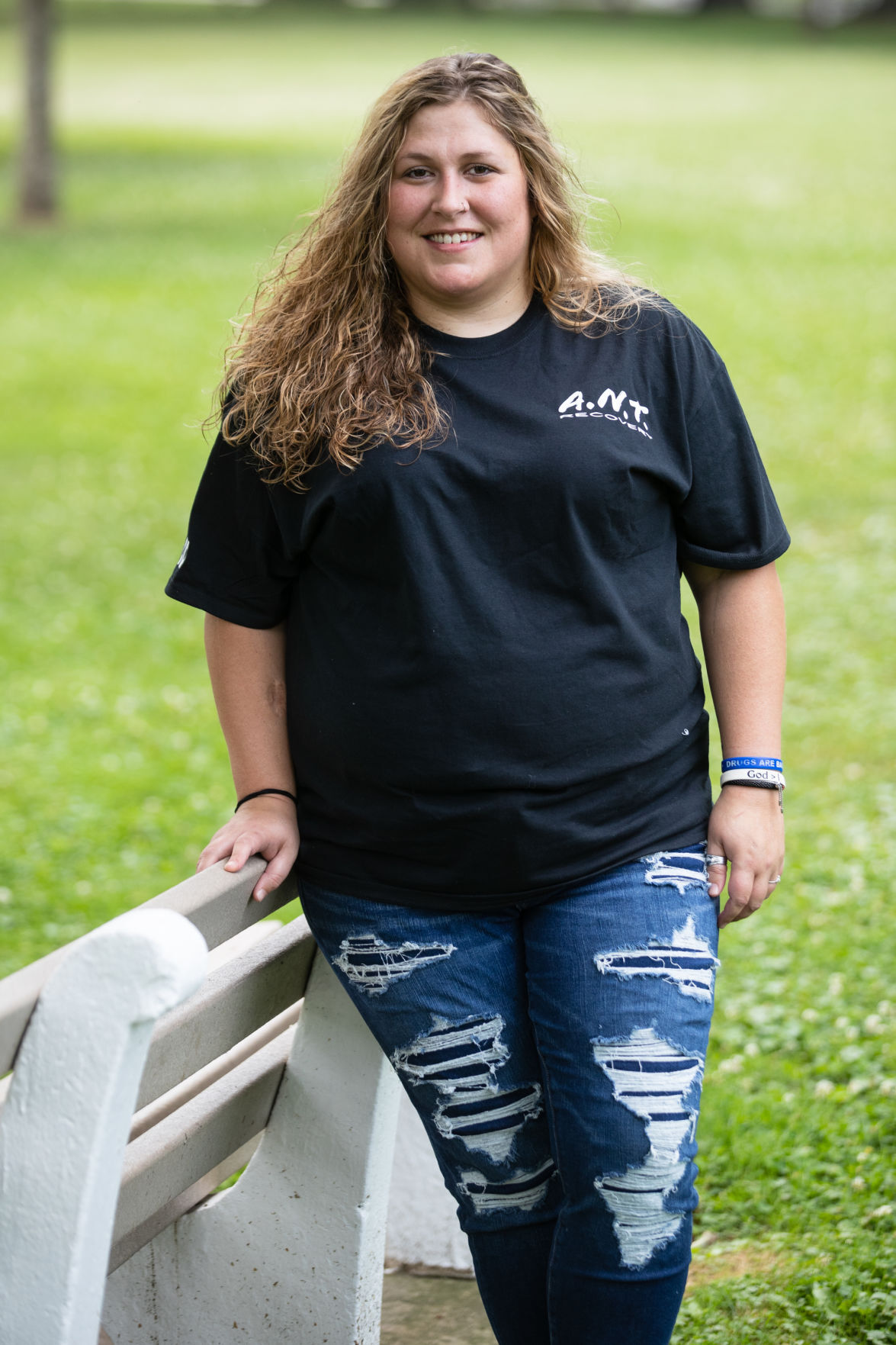 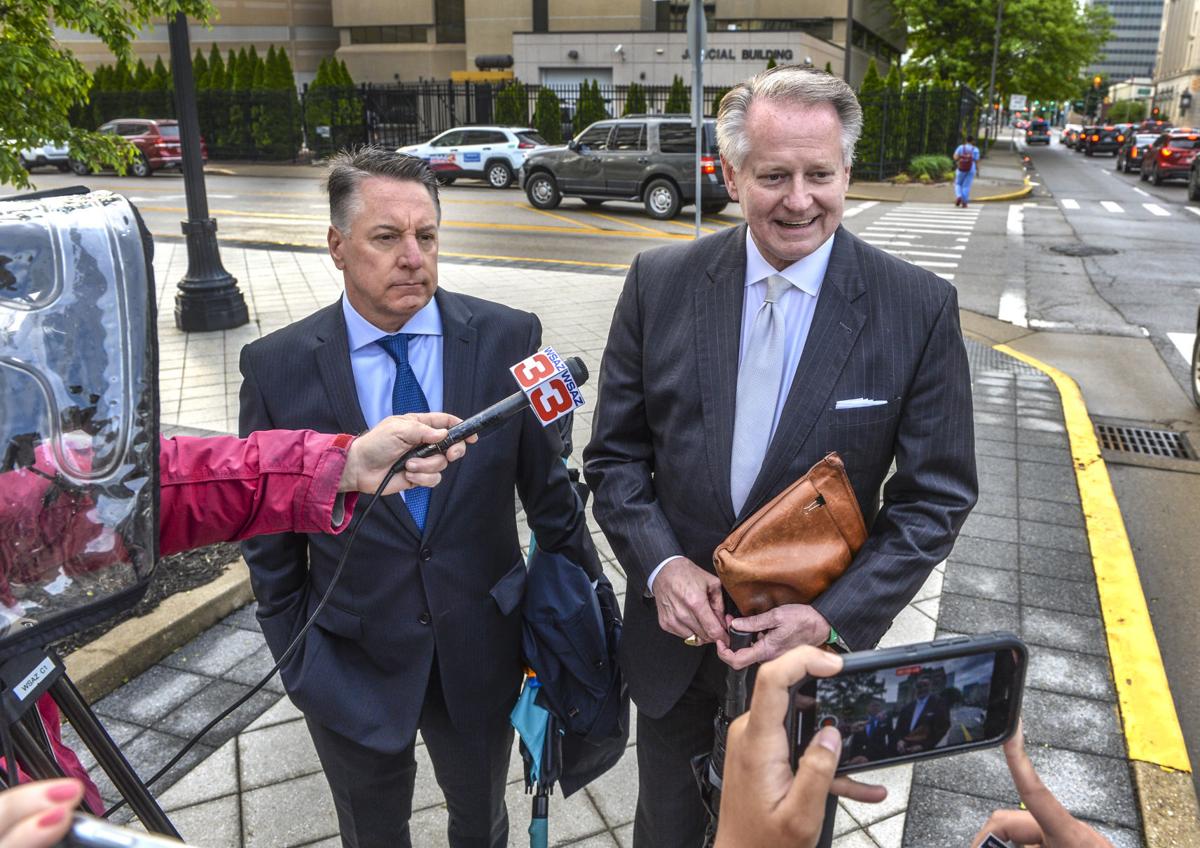 Huntington Mayor Steve Williams, right, and lawyer Rusty Webb meet with media before entering the federal courthouse in Charleston for the opioid trial on May 3.

Amanda Woodrum is pictured on Tuesday, July 6, 2021, at Ritter Park in Huntington. Woodrum is in recovery for opioid use disorder.

Huntington Mayor Steve Williams, right, and lawyer Rusty Webb meet with media before entering the federal courthouse in Charleston for the opioid trial on May 3.

HUNTINGTON — Nearly 500 miles northeast of Huntington sits Centralia, Pennsylvania, a once-booming coal town that collapsed practically overnight after a coal seam caught fire 300 feet underground, possibly due to a fire set in a landfill in the 1960s.

Its residents were sitting ducks, expected to take the burden someone else’s actions brought until the fire burned itself out. As the years passed, the population dwindled from about 1,000 after studies showed the fire could burn for centuries. Only a dozen remain.

Although they are stories in different books, Huntington’s opioid crisis tells a similar one. Huntington, a manufacturing town built by the coal miners of southern West Virginia, has a figurative fire burning — the opioid epidemic — and its residents are expected to ride out the consequences of someone else’s actions until it burns out.

Enter Cabell County and its county seat, Huntington, which over seven weeks of testimony have presented a case to a federal judge in Charleston that asks him to force those they believe responsible to abate the problem before Huntington’s story ends like Centralia’s.

They said a systematic failure of their suspicious ordering monitoring system combined with company executives seeking to make as much profit as possible led to an unnecessary amount of pills being shipped. A dramatic decrease of shipped pills cut off supplies and left people searching for opioids in the illicit market.

The distribution firms hold the federal Drug Enforcement Administration, doctors and West Virginia’s history of poor health as the reasoning for the shipments. They said their conduct was not direct enough to have caused the crisis. But left out of the weeks of testimony have been personal stories of the people who have been most affected by the crisis: those with opioid use disorder.

Amanda Woodrum was raised in Poca, West Virginia, by her mother, grandmother and brother, Scott Banister, in an average West Virginia family. School was her outlet, and she did well, even when, like many teenagers, she started to explore alcohol and cannabis around the ages of 13 and 14.

She graduated around 2005 with high honors and a scholarship to the University of Charleston, where she had hopes of becoming a nurse, but she had to drop out when she got a simple possession of marijuana criminal charge.

Despite her dreams being squashed by what she calls a simple mistake, Woodrum said she was still doing well until she was introduced to opiates. First it was Lortabs. She said they started popping up out of nowhere, and they were everywhere.

“If you would go to get some pot or something, the people would always try to offer you some opiates,” she said. “Once I tried them, I don’t think I ever stopped.”

She said opiates took her completely out of herself, making her feel invincible and on top of the world. She did not have a care in the world.

Woodrum said she kept diving deeper into opioid use disorder (OUD), moving to OxyContin and Roxicodone, searching for more powerful opiates to give her the high she sought.

She said at some point, regular OxyContins were not available and she moved to Opanas, which sent her into a downward spiral. She also said the Opanas made her withdrawal symptoms worse. Around 2012, they were remanufactured into a gel, which led her to becoming an intravenous drug user.

Woodrum is the second cousin of attorney Rusty Webb, an attorney for Huntington in the opioid trial. While he was a bit older than her, he said she was a quiet, intelligent and subdued girl. Webb said he was close with her brother, who died of an opioid overdose, with whom he would go on hunting trips with the leading men in their family.

“You read these statistics, 80 million pills (shipped to the county) and hundreds of people dying and thousands of people dying around the country, and you don’t put a face on it,” he said. “The fact is, in my experience, everyone in West Virginia has been affected by it in some way or another.

“We’re losing this, and we’re losing an entire generation, and it’s really, really sad,” he said.

Just 15 years out of school, there are two of Woodrum’s five-person friend group left, she said. She said a lot of them have died of an overdose or by suicide related to the “pain and misery” of OUD.

She said in 2005 she lost a friend to a methadone overdose and was shocked. By now, it is a weekly occurrence and is normal.

“At first, with my brother and stuff, it affected me so much that I wanted to use,” she said. “Today I’ve become pretty numb to it. Like, it’s sad, but, you know, I’ll get a call like, ‘Hey, so-and-so died.’ And I just go on about my day.”

She said she worked for a doctor around 2009 in Cross Lanes, West Virginia, who was shut down because he was a cash payment pain clinic. Looking back, she understands factors that led to the crisis.

“He would write you whatever you wanted. He actually got shut down,” she said. “I know a lot of people that were, you know, making trips to the doctor, to different doctors — doctor shopping.”

It wasn’t until 2014, two years after she became an IV user, that Woodrum entered her first rehab, located in Raleigh, North Carolina, at The Healing Place.

She said she still has scars from the track marks. She was miserable and hated life. Her first rehab stint was unsuccessful.

She came back to West Virginia, where she relapsed. But by this point, pain pills were difficult to find and expensive. Her friends encouraged her to commit burglaries and other crimes to support their opioid use disorder.

But through connections made during her first rehab stint, she learned of Alcoholics Anonymous and the Lifehouse in West Virginia. She joined Lifehouse in 2015 and did well until her brother, Banister, whom she credits with helping to raise her, died of an overdose in 2016.

Once again she spiraled, this time on heroin because it was cheaper during a time when prescription opioids were difficult to find. For the next few years, she was in and out of rehab and struggling to make it.

On her last run, she broke into a house to get money because she was sick. Her want to feed her need for opioids did not outweigh her criminal offense, and she became a convicted felon after that, she said. She was placed on probation and did well for six months before relapsing again and being sent to Recovery Point and jail.

Eventually she landed at A New Thing in Huntington and has been sober since Sept. 17, 2019.

Opioid crisis not over

She said since her brother’s death, she has grown in maturity and strength. Now she wants to fight for those she’s lost. She said she will not say she is sorry for her actions, because she does not think that would cut it, especially for family members, like her grandmother.

She said she will spend her life trying to right her wrongs, but she wants to show those in active addiction there is hope and a better life.

She said looking back now, she wants answers.

“I feel like a lot of us were robbed of our life and a chance at a future,” she said. “All the opiates flooding areas are still affecting so many families today.”

While plaintiff attorneys have been pushing a $2.6 billion plan they said will cut the opioid crisis in half in 15 years, Woodrum is pessimistic.

“I still only see it getting worse,” she said. “Especially because a lot of the people that were on opiates, like pills, are now heroin addicts, and now you’ve got fentanyl in the mix,” she said.

Have you noticed increasing prices on everyday items as a result of supply chain issues or pandemic-related shortages?