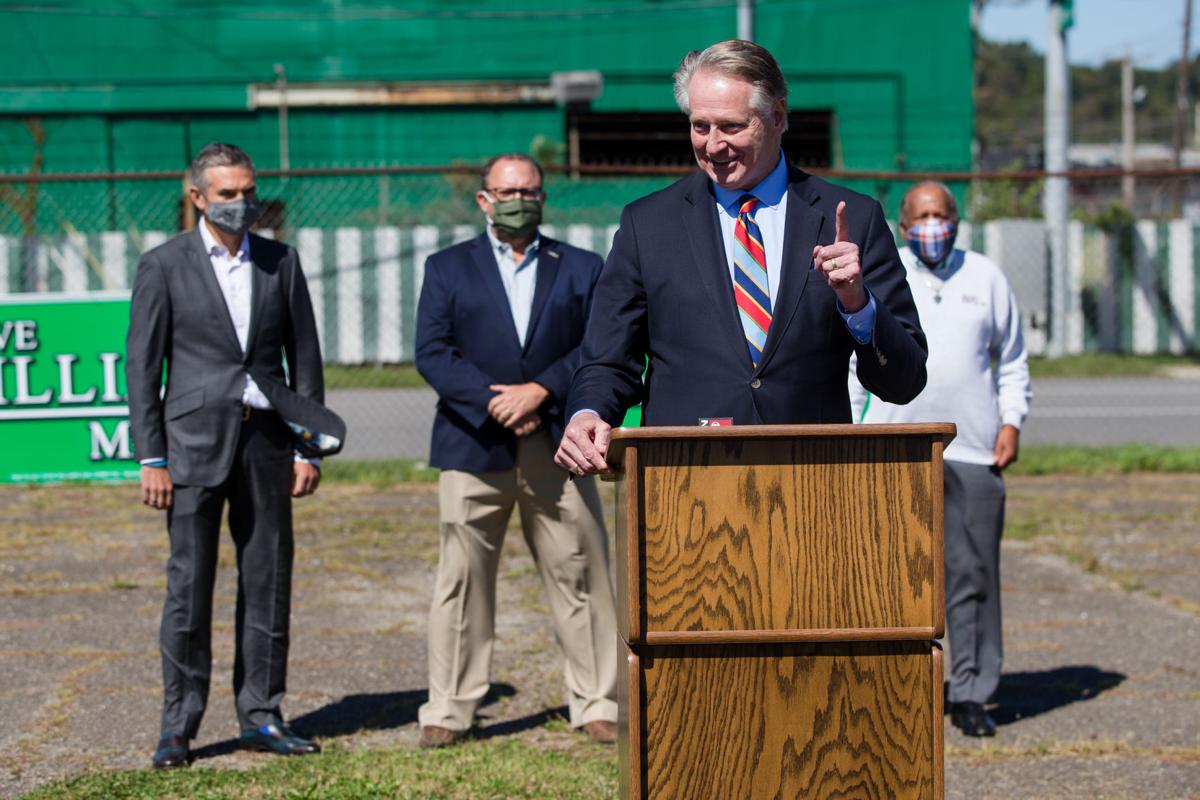 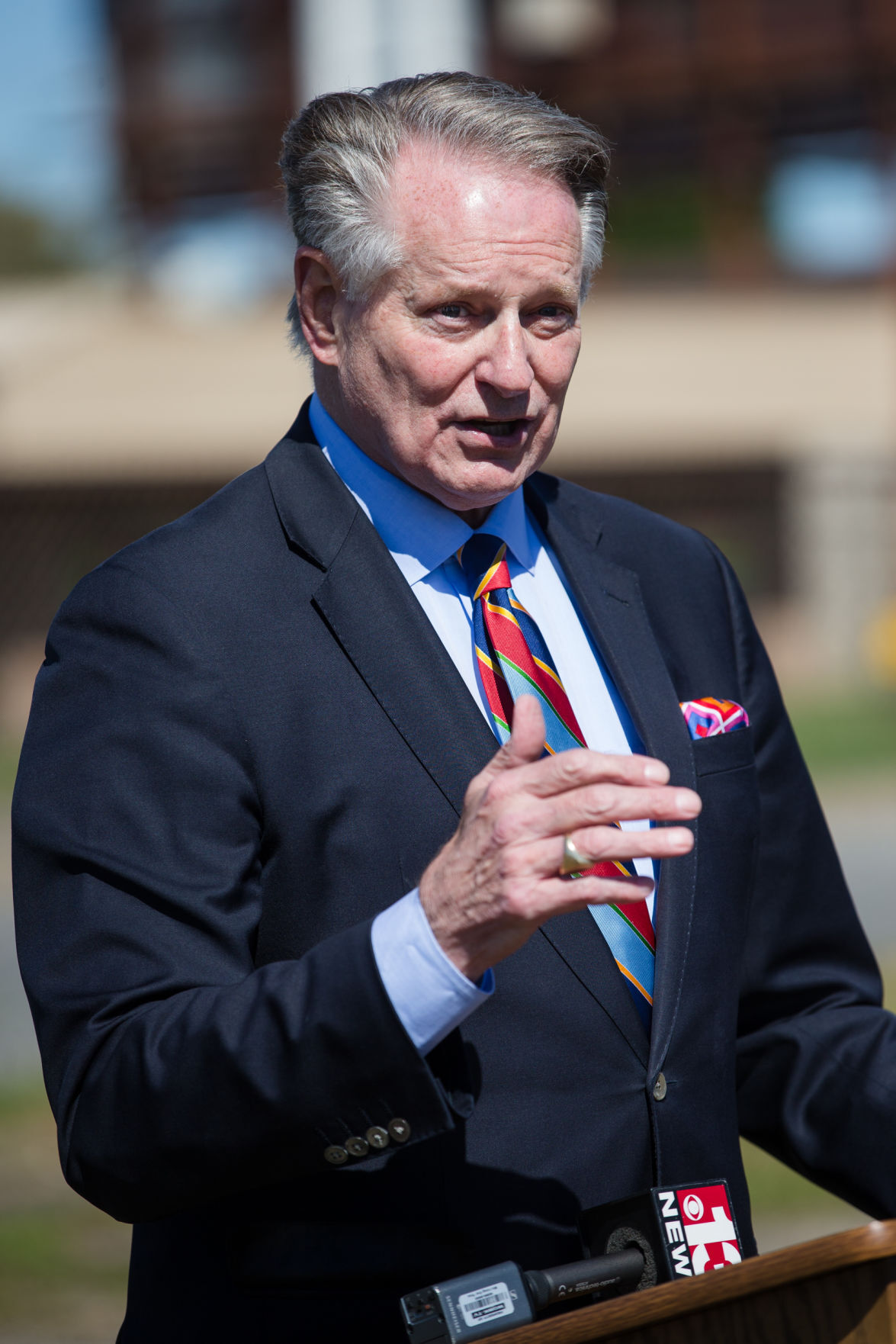 HUNTINGTON — “Promises made, promises kept” was the theme of Huntington Mayor Steve Williams’ re-election campaign event at the ACF industrial site on 3rd Avenue on Wednesday.

Pointing to the long-shuttered industrial facility, Williams said, “This is an example of a promise made and a promise kept.”

Williams said he previously pledged to revitalize the dormant site and make it a part of Huntington’s redevelopment.

“When I was running for mayor in 2012, this site was one of the very first promises I made,” he said. “This is nearly 100 acres that is being prepared for development.”

Williams said the property is part of the Highlawn Business Innovation Zone that will house a new baseball stadium for Marshall University, as well as other initiatives on the site.

Williams was joined at the event by former Huntington Mayor Joe Williams and Huntington Regional Chamber of Commerce President Bill Bissett, who both endorsed the mayor for re-election.

“I’m proud to be supported by both business and labor, and by so many people who are committed to making Huntington the best that it can be,” he said.

Williams said this would be his final term as mayor if elected, and he was running “to finish the job.”

“Before I was elected mayor, the city’s fiscal house was a mess,” he said. “They were laying off workers and switched to a four-day work week to balance our budget. Our pension funds were not fully funded, and we weren’t keeping up with essential city services. Now, our budget is sound, we’ve been able to raise the pay of our police and city workers by 24%, we’re spending $2.6 million a year on city streets and we’ve cut taxes to encourage economic growth. We have gone from the epicenter of the opioid crisis to being the epicenter for the solution to the opioid crisis. I’m proud that we’ve eliminated more than 265 nuisance properties and are working hard to eliminate the rest.”

Williams said while he believes that much has been accomplished, there is still more to do.

“I’m running for re-election to finish the job I started,” he said.

The Alliance for Retired Americans, representing more than 4.4 million retirees, older Americans and community activists, including 51,973 members in West Virginia, has endorsed Cathy Kunkel, candidate for the 2nd Congressional District, based on the campaign’s commitment to making sure West Virginians have the secure retirement they have earned.

“In this time of crisis, Congress needs to be working to strengthen and expand Social Security and Medicare and protecting them from cuts. Our campaign believes in health care for all, lower drug prices, pension security and quality long-term care,” Kunkel said.

“As someone who worked for the West Virginia Department of Agriculture and is familiar with this important agency, I can say with great confidence that Commissioner Leonhardt is doing excellent work and deserves to be re-elected,” said Bill Bissett, president and CEO of the Huntington Regional Chamber of Commerce. “While the role of the West Virginia Department of Agriculture does include helping to maintain the family farms of the Mountain State, their work in protecting human, plant and animal health is vital not only to our economy, but also our way of life. Commissioner Leonhardt has served well in this position, and we look forward to working with him in his next term as West Virginia’s commissioner of agriculture.”

Leonhardt thanked the Chamber for its support.

“West Virginia agriculture represents good health for West Virginia: We promote good health for our citizens, boost our economy and protect our environment,” he said. “I look forward to continuing to build on everything we have accomplished at the WVDA over the past four years.”

The Huntington Regional Chamber is an association of more than 550 businesses in Cabell and Wayne counties. For more information, visit https://www.huntingtonchamber.org.