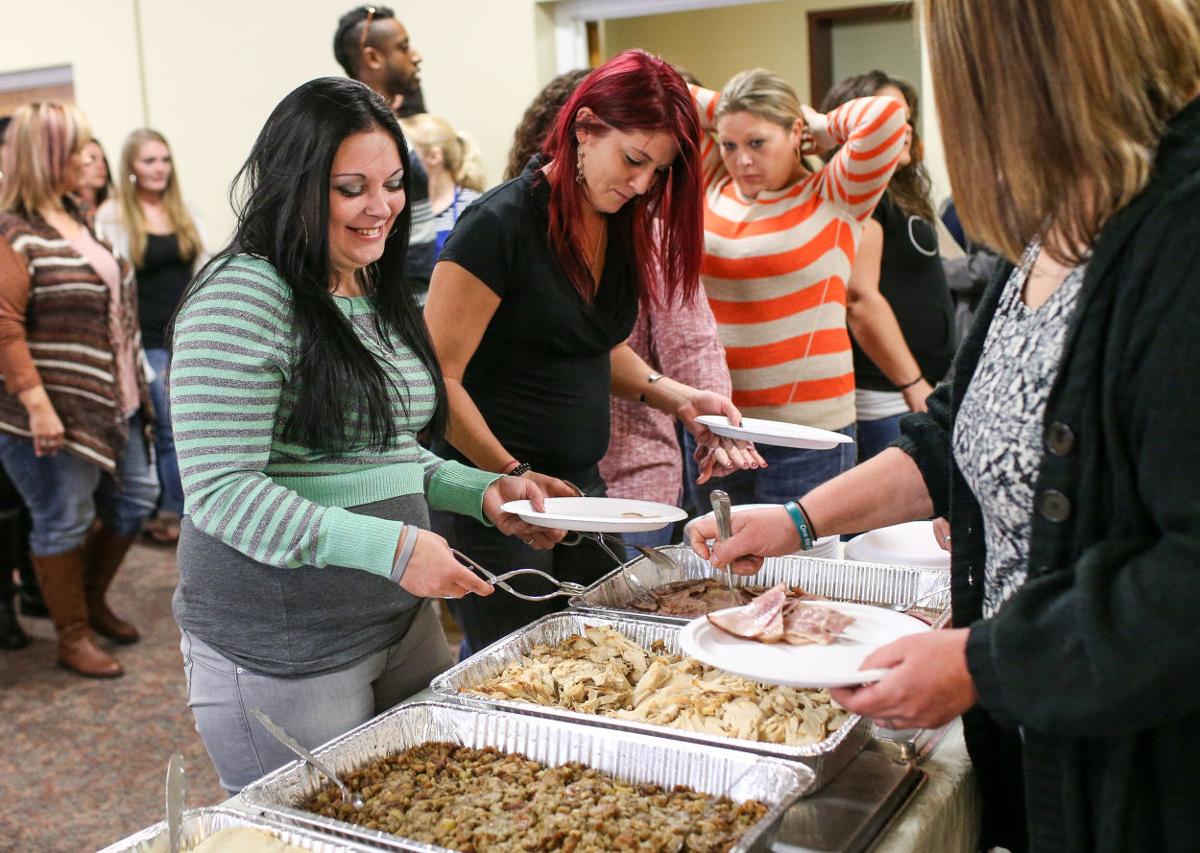 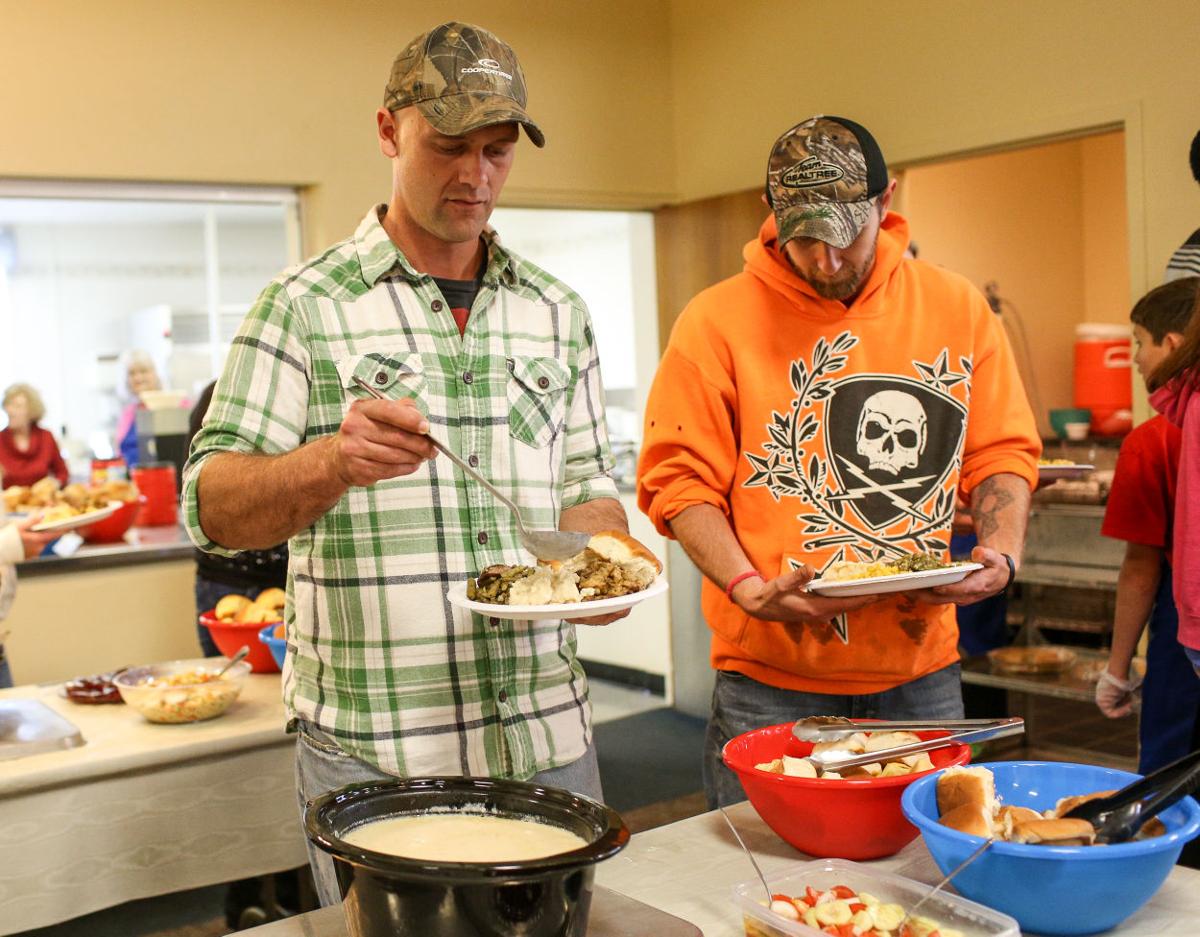 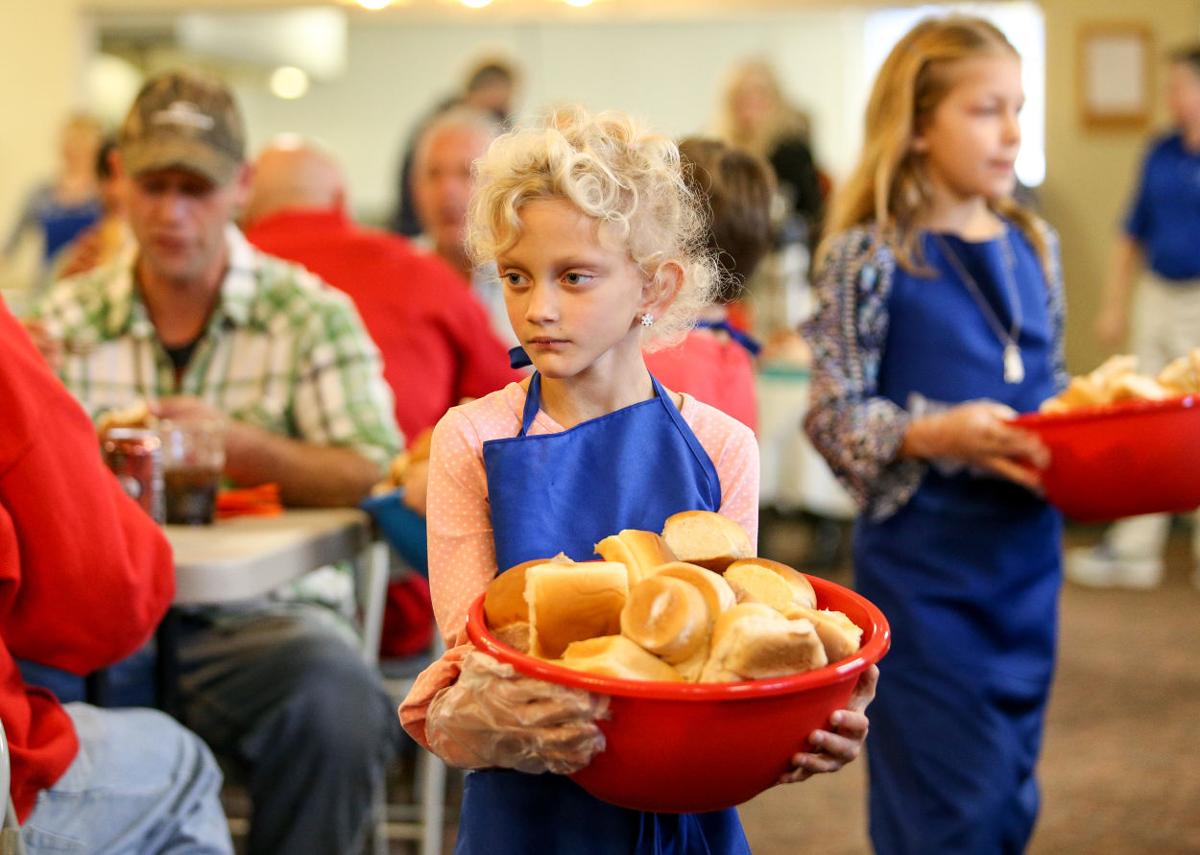 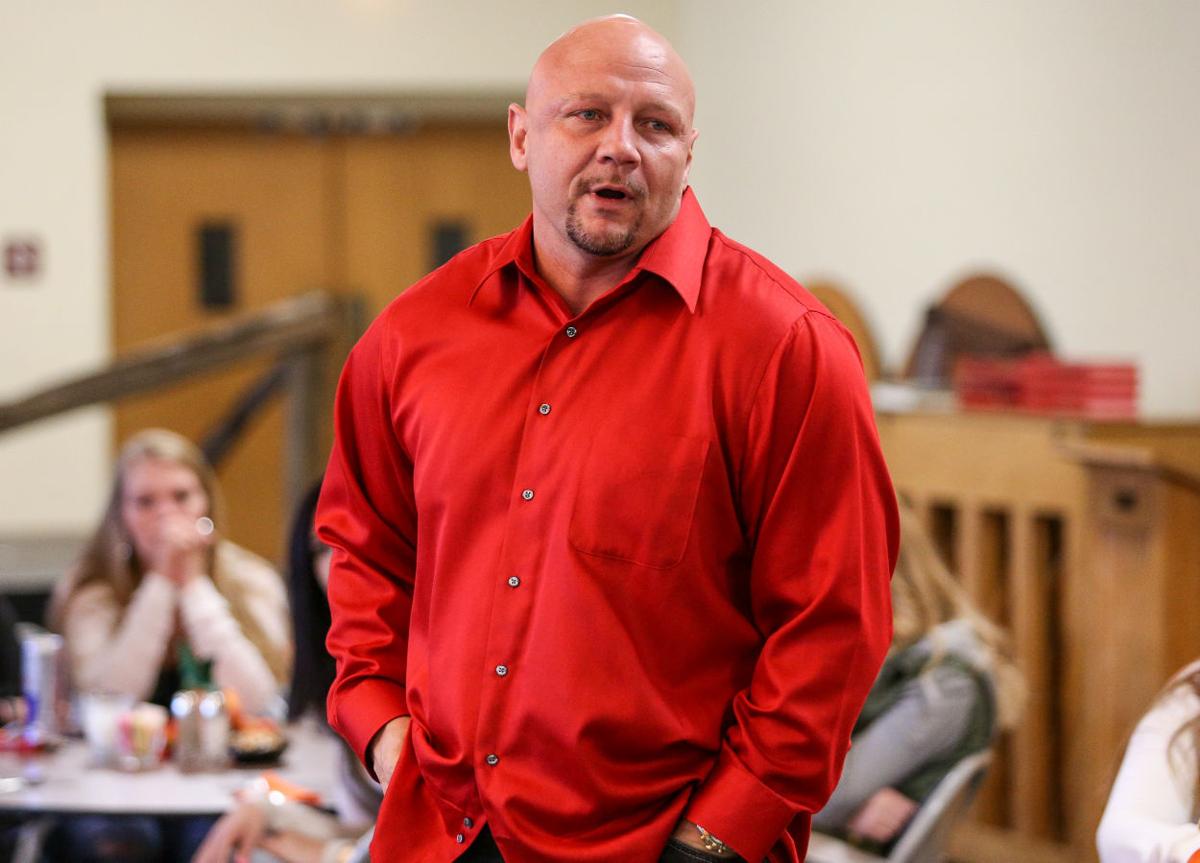 Sholten Singer/The Herald-Dispatch Rocky Meadows, founder and executive director of The Life House, speaks as the organization celebrates Thanksgiving with members of the First United Methodist Church on Wednesday, Nov. 25, 2015, in downtown Huntington.

Sholten Singer/The Herald-Dispatch Rocky Meadows, founder and executive director of The Life House, speaks as the organization celebrates Thanksgiving with members of the First United Methodist Church on Wednesday, Nov. 25, 2015, in downtown Huntington.

HUNTINGTON - This Thanksgiving, Sheena Griffith said she is thankful she woke up sober and happy.

Griffith shared her thankfulness Wednesday with nearly 100 other thankful Lifehouse residents at a Thanksgiving dinner prepared and served by the congregation at First United Methodist Church in Huntington. Lifehouse is a sober-living community and recovery house in Huntington.

"There's no other place I'd rather be right now," Griffith said.

Host Susan Nickels said the dinner is one of the ways the church can lend a hand to battle addiction in the community.

"It's been an incredible experience," Nickels said. "We are being blessed just being able to do this."

Nickels said it's their responsibility as Christians to help the less fortunate.

"Whether it be through addiction or homelessness, whatever it may be," she said. "That's what being Christian is, is to help, not to judge. The only difference between anybody in this room is one bad decision. If you feed somebody, you are not only feeding them physically, you are feeding their soul. If we can affect one person and help them into recovery, we've won. ... All these people need is hope. And hope is not a bad thing."

It was the second year the church assisted with the dinner for Lifehouse, but the first year to have it at the church.

Resident Ryan Booth said the act of bringing a group of "outcasts" back into the community is so important and unbelievable.

"They pushed us away," Booth said. "It helps me and it probably helps a lot of the guys when the community starts accepting us and having us back."

Booth, who has been at Lifehouse for 22 months now, said life before finding a family at Lifehouse was horrible. After knee surgery, he progressed from pain medication to heroin.

"The lowest point was probably the look in my mother's and family's eyes because you've disappointed them," Booth said. "That will make you feel pretty low."

"Who else has a family this big?" he said.

Thanksgiving is about family, and First United Methodist gave the Lifehouse residents a space to be together.

Lifehouse Executive Director Rocky Meadows said the people he serves need to feel love coming out the church like this.

"They know people are sincere and they see God in a different light," Meadows said.