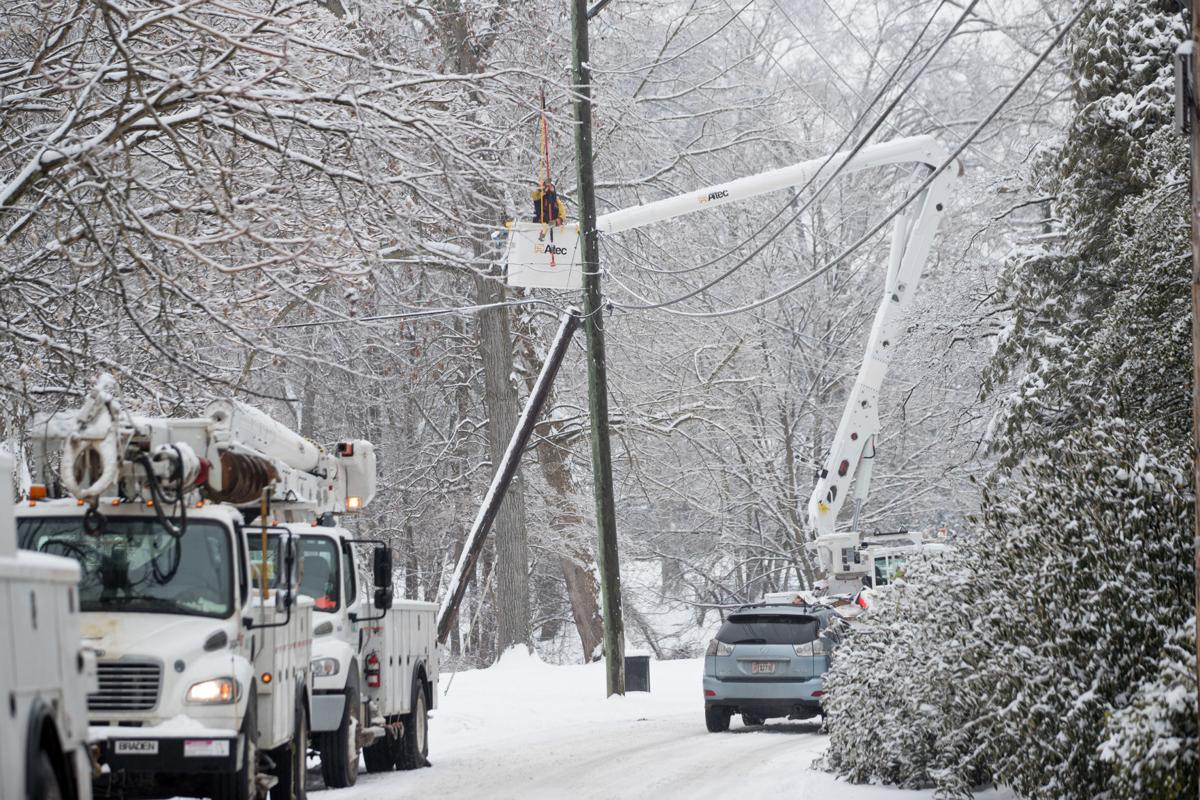 Utility crews work to restore services along North Boulevard after an overnight snow piled on already ice-damaged areas on Thursday, Feb. 18, 2021, in Huntington. 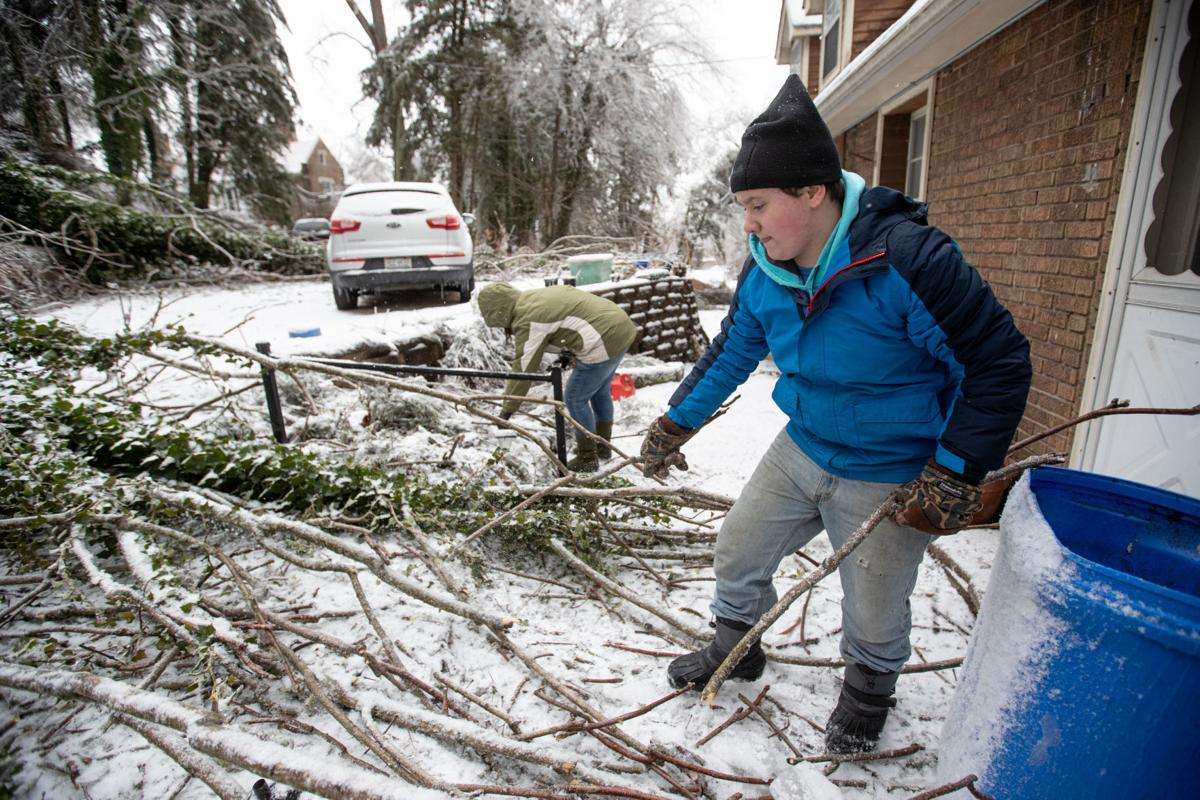 Area residents clear downed tree limbs from their backyard on Tuesday, Feb. 16, 2021, in Huntington, following a second winter weather system that ripped through the Tri-State area, leaving thousands without power.

Utility crews work to restore services along North Boulevard after an overnight snow piled on already ice-damaged areas on Thursday, Feb. 18, 2021, in Huntington.

Area residents clear downed tree limbs from their backyard on Tuesday, Feb. 16, 2021, in Huntington, following a second winter weather system that ripped through the Tri-State area, leaving thousands without power.

HUNTINGTON — While the latest winter storm has already passed through Huntington, the city is still responding to ongoing crisis caused by the ice and snow.

During a Huntington City Council meeting Monday night, Mayor Steve Williams gave an overview of the city’s response to the three consecutive storms Huntington was hit by in the past two weeks.

More than 700 tons of salt were spread on city roads during the 11-day period.

Williams said employees from Public Works not working on clearing debris were concentrated on collecting household garage, which was only postponed for one day through the duration of the storms.

Pointing to the six trees that fell on Monday, Williams said despite the rising temperatures, the storm is far from over.

“In large measure, we are still in storm response mode,” Williams said. “As the ice is melting, we’re seeing large branches and trees falll. … I look back behind my house, there’s a wooded area, and I’m seeing the branches that are just hanging up in the trees and they’re coming crashing down.”

While there is still much to respond to at present, Williams said the city is making plans and slowly shifting gears into cleanup mode.

Under normal circumstances, Williams said residents could dispose of debris by placing it on their curb alongside their regular household garbage in bundles that weigh less than 75 pounds and are not more than 4 feet long.

Residents also have one free pickup of uncontained rubbish each month. The final option, under normal circumstances, is for residents to haul debris to a drop-off facility in Guyandotte, which is the city’s old landfill.

While these are options offered on a regular basis, Williams said he is well aware that these are far from normal times and as such they are making plans to meet residents’ cleanup needs, but he urged patience and asked council members to manage constituents’ expectations.

“We have significant damage around our 17 square miles and 197 miles of maintained roadways,” Williams said. “The cleanup efforts will not be completed in one week; it’s not going to be completed in two weeks; it will take several weeks, and we will provide you with regular updates as we progress.”

Williams said he hopes to have that plan, which includes a detailed scheduled of when cleanup crews will be expected to come through each of the city’s neighborhoods, ready by early next week.

Williams said he has also been having daily calls with managers at AEP to keep him updated on their power restorations efforts.

In other business, council members approved an ordinance concerning the management, adjustment and resolution of small claims.

City Attorney Scott Damron said the city typically receives about 50 small damage claims each year for things like damage to vehicles due to potholes, minor vehicle accidents or fallen trees.

Damron said this ordinance would streamline the way the city handles small claims, which the ordinance defines as anything less than $2,500. Any claims that exceed this amount will need to go before council for approval.

Council also approved a resolution for a contract to construct a retaining wall at Military Road. The contract will cost a total of $199,000 and will be performed by Thaxton Construction Company in Sissonville, West Virginia.

Council also approved a resolution for a budget revision to the city’s 2020-21 fiscal year budget. The revision included increasing the federal grant revenue line item by $500,000 to account for funds received from the CARES Act for the Mountain Health Arena.

Also included in the revision was the addition of $77,524 in the Public Works budget to accommodate for the hiring of two employees, a laborer position and a truck driver, who will be responsible for the for the central business district downtown, including cleaning, curbs, painting, potholes and more.

The single-dose Johnson & Johnson COVID-19 vaccine has been approved by the Food and Drug Administration. Do you prefer that option over the other two-dose vaccines?