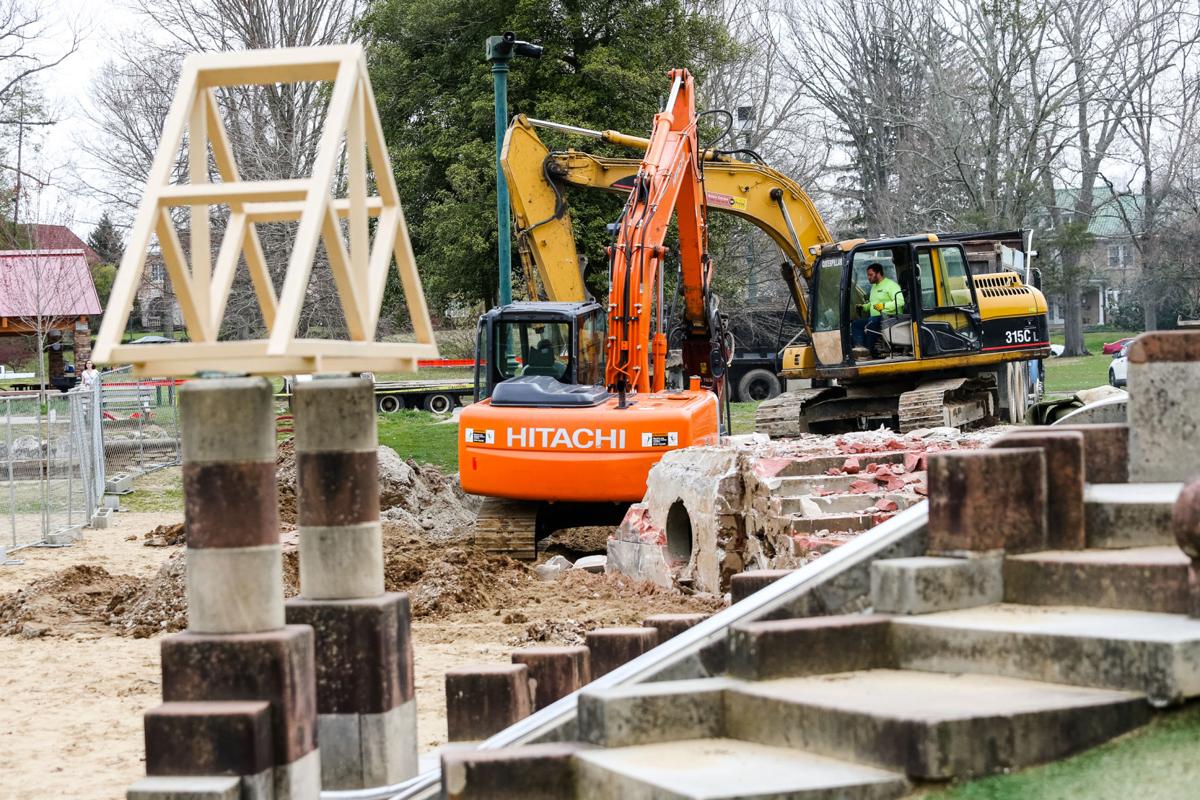 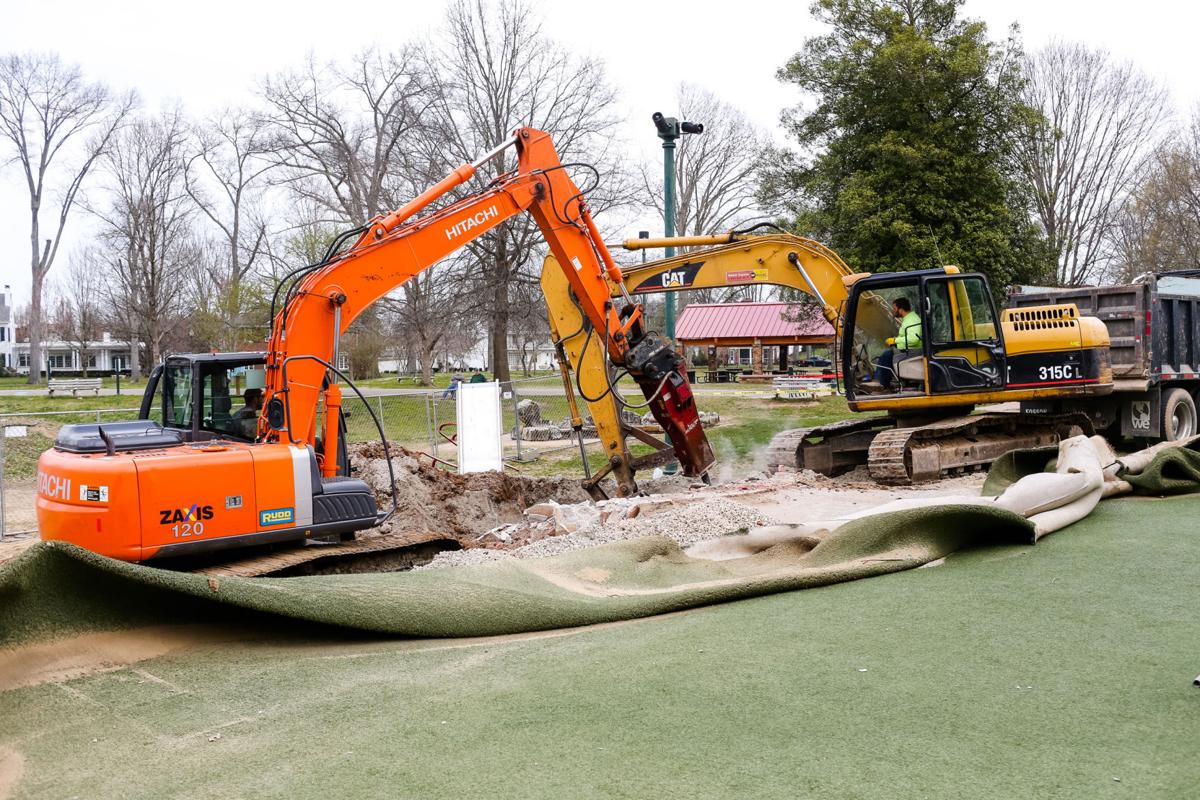 HUNTINGTON - A month after a portion of the playground at Ritter Park was closed and fenced off after receiving a failed inspection, crews were busy demolishing the shuttered structure to make way for a new design.

Kevin Brady, executive director of the Greater Huntington Park and Recreation District, said two backhoes were making progress tearing down what was known as the "Alice in Wonderland"-themed play area, which was made of rock and featured climbing areas as well as metal slides that ended in the park's sand pit.

Because of about four feet of concrete underground that was used to anchor the structure, Brady said the demolition could take several days.

The work underway is part of the park district's overall progress at Ritter Park, Brady said. Three companies are working on design concepts for playground equipment that would replace what is being removed. He expects to see the proposed concepts in the next week or two and said the companies have been instructed to avoid primary-colored plastic structures, with an eye instead toward nature-themed play equipment that would blend in with the surroundings at Ritter Park.

Do you think it’s a good idea to open up COVID-19 vaccine eligibility to children?