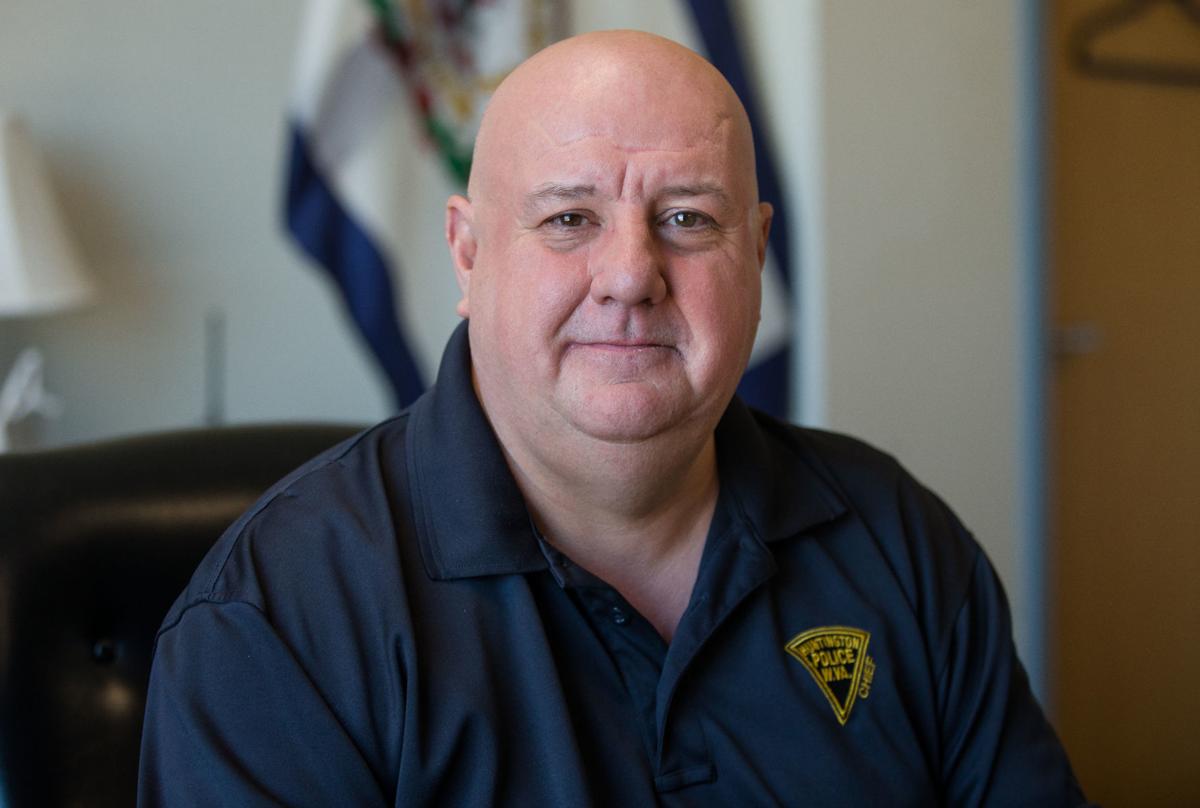 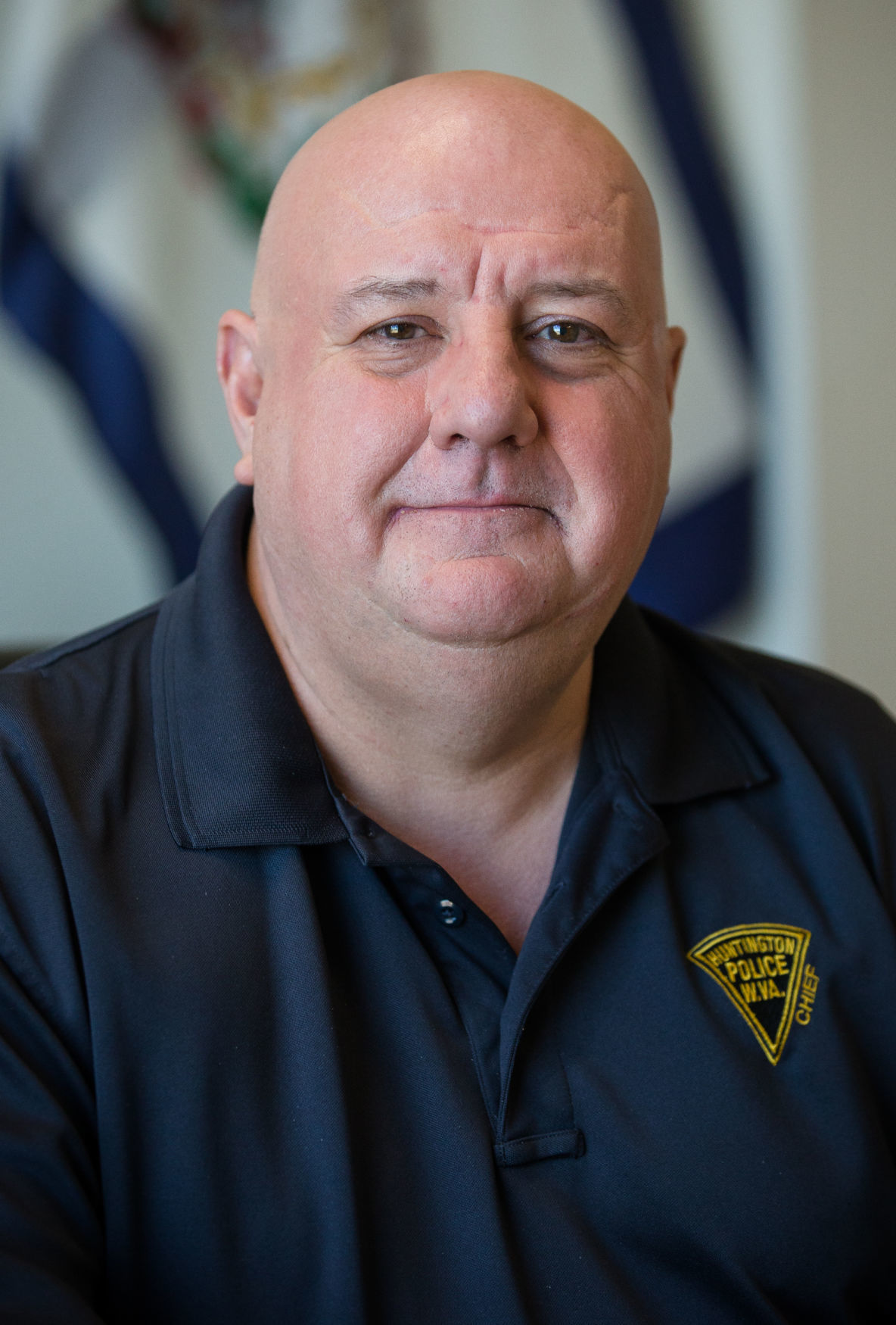 HUNTINGTON — When Huntington Police Chief Hank Dial wakes up Monday morning, he will put on a suit for work for the first time in three decades.

The Harveytown native has donned a military or police uniform for the past three decades, but he will become a civilian for essentially the first time in his adult life when he moves into Huntington City Hall to start his new position as Huntington’s city manager.

The move comes after an early December announcement of Dial’s appointment to the position, which had been vacated by Cathy Burns, who stepped down in July to serve as executive director of the Huntington Municipal Development Authority.

“I see this as a continuation of my career,” Dial said. “This is just a continuation of goals and ambitions I have had as an employee with the city. I will just be seeking to meet those public safety goals from a different chair.

“This is the last of my 10,294 days as a Huntington Police officer,” he added Saturday. “I loved every bit of it.”

Prior to packing up, in his office sat a photo of his West Virginia Police Academy class. The class had a few dozen graduates, many of which were familiar faces at the Huntington Police Department. Over the years, many have moved on to new things, and this past October, Dial was the last of them left following the retirement of Capt. Rocky Johnson and Lt. Joe Combs, although Combs still does some work for HPD.

“This job has given me an ability to serve the community, but it’s also given me a duty to stay here,” he said. “You know, everybody doesn’t have that. A lot of my friends had to move away for their careers, so I’m very appreciative to the city for that, but I’m not done yet.”

Dial graduated from the former Huntington High School in 1986 and later Marshall University in 1990 with a bachelor’s and associate degree. He was commissioned into the U.S. Army as a lieutenant during Operation Desert Storm before returning to Huntington at age 25 and joining the Huntington Police Department in September 1991, joining the Patrol Bureau, which he later was in command of from 2011 until he was named chief in 2018. He also did work for the Administrative Bureau.

He became a captain and the chief’s right-hand man in 2008, serving in the position until 2017 when he was named interim chief. He officially was named chief of police in May 2018.

As his career continued, he became a beloved member of the Huntington community through the music and cultural industry in Huntington as well as his attendance at community meetings. During his tenure, Dial was a member of several community boards throughout the city, representing the police department.

When he took over the position in December 2017, Huntington was at the height of one of its deadliest and most violent years since the 1980s. Under his tenure, Dial and the Huntington Police Department worked to lower the violent crime rate and increase the city’s drug task force activity to combat the opioid epidemic.

In the two years since, the homicide rate has dropped 64%, robbery has dropped 54% and violent crime overall has dropped 27%. Property crime has also dropped by about 25%. That success came from speaking with officers, command staff and community members to determine what steps needed to be taken to combat the drug and violence epidemics in the area.

Dial did not name any case that has stuck with him over the years, but up until his final days with the department he was having meetings with detectives about unsolved cases in Huntington.

Dial said the accomplishment of reducing violent crimes has been made through his officers, the command staff and great community involvement. He promised to continue to work directly with the police department to address the issues, which the new position allows him to do on a larger scale, he said.

Capt. Ray Cornwell, who oversees the Patrol Bureau, will take over the chief’s duties until a permanent chief is selected.

The city manager serves as the head of the Department of Administration and Finance. The position holder has supervision and control of the Division of Finance, Division of Purchasing, Division of Personnel and Division of Data Processing.

Behind the scenes during his police career, Dial prepared and managed the police department’s budget and wrote and administered grants. During his time as chief, Dial oversaw a budget that included a savings of about $85,000.

While his goals as city manager have yet to be set, Dial has already been studying the city’s finances to determine what is needed. Ultimately, he said he will keep the same method of seeking input from his peers in making decisions.

“I’m studying the budget now and I have been for a couple of weeks,” he said. “I’ve met with the finance director extensively already and we’ll be going through the sessions throughout January to develop those goals, and those goals will be set with the department heads. We will work closely with the departments and receive their input.”

As for the officers he leaves at headquarters, Dial hopes his leadership has helped affect their futures. While he’s unsure of what is to come for the police department, Dial said he has no doubt it will be in good hands.

“I want to emphasize that the police department has excelled for 140 years before I got here, and they will continue to excel for 140 years after I’m gone,” he said. “I’ve been so fortunate to serve for some great chiefs and officers before me, and I can look at my command staff and this entire department and I can see future chiefs that will do even better than any of us have done in the past. It’ll continue to be wonderful.”