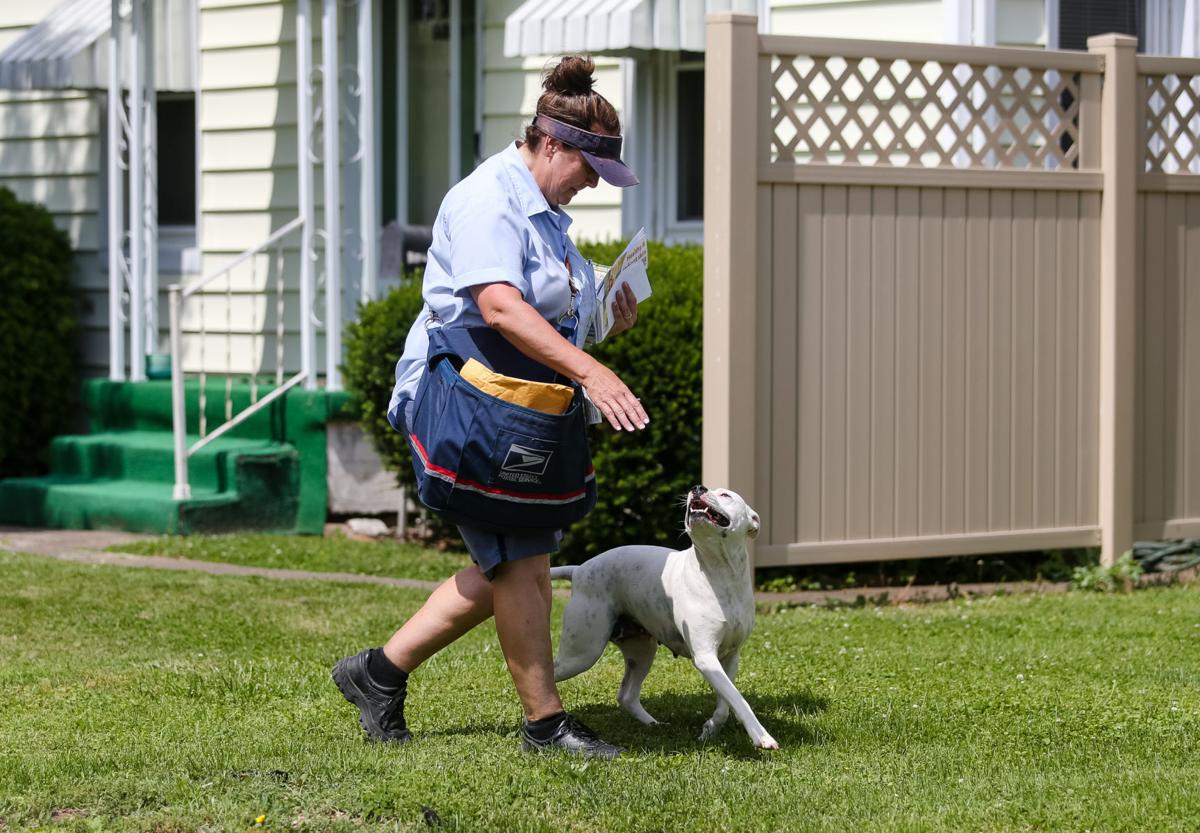 Sholten Singer/The Herald-Dispatch Tara Fullen, USPS carrier of 14 years, encounters a dog as she walks her route on Thursday, May 18, 2017, in Huntington. 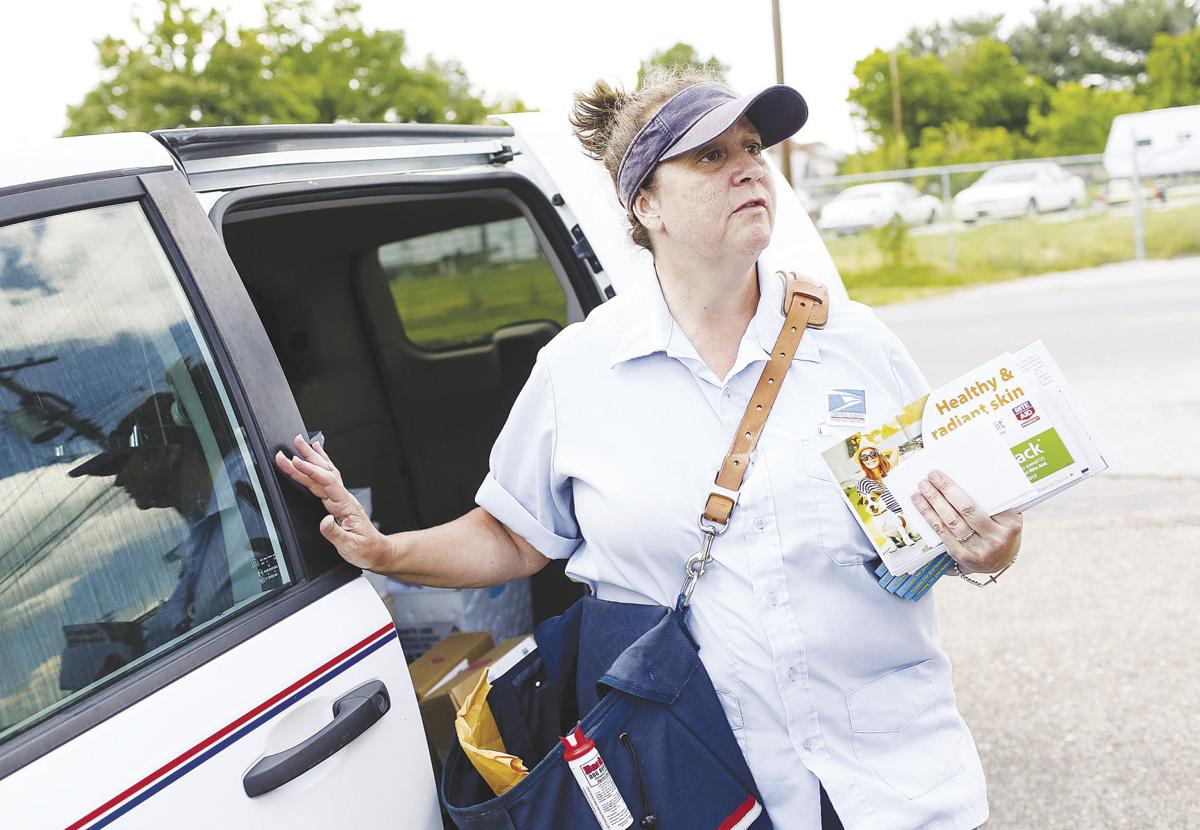 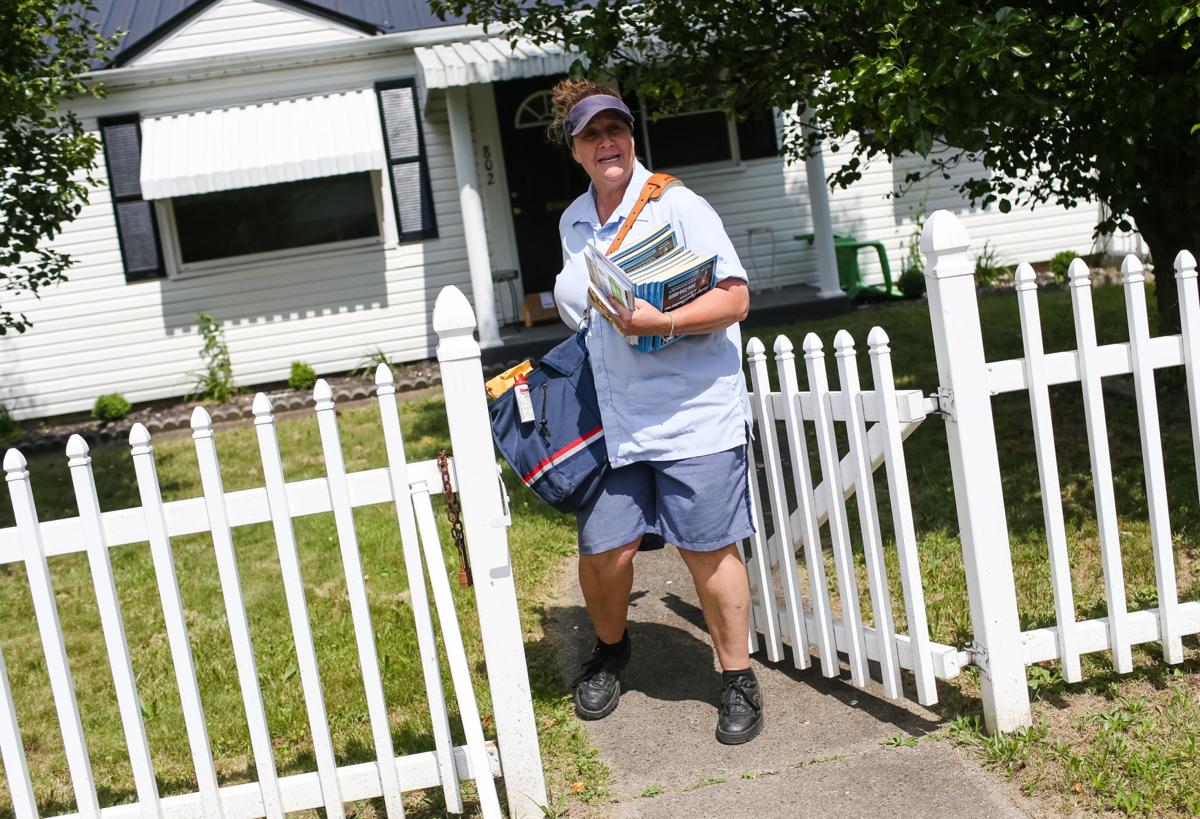 Sholten Singer/The Herald-Dispatch Tara Fullen, USPS carrier of 14 years, encounters a dog as she walks her route on Thursday, May 18, 2017, in Huntington.

HUNTINGTON - There isn't much about the smiling Tara Fullen that's threatening, unless you're a dog.

In her 14 years carrying for the U.S. Postal Service in Huntington, Fullen has been bitten three times, most recently on April 28 while delivering mail along her 8th Avenue route. The teeth marks on her left calf were still red as she carried on her daily route last week.

Including Fullen's latest, there have been three confirmed dog attacks against mail carriers in Huntington since January. This number is only an indication of incidents where the carrier's skin was broken, said Huntington Postmaster Christina McComas, and excludes chases, bites on the carriers' clothing, smaller nips or incidents when a carrier sprays mace on an aggressive dog.

It's recently become such a problem that the postal service has had to suspend deliveries to certain streets until particular dogs can be dealt with either by the owners or Huntington Animal Control. On one street in the Fairfield East neighborhood, at least six addresses cannot receive mail deliveries due to aggressive dogs and uncooperative owners, McComas said.

The situation means residents must pick up their own mail at the post officer.

"They'll complain about not getting their mail, but they don't want to help with the problem," McComas said in frustration. "It's an inconvenience for the carrier to bring their mail back and (the recipient) to have to come to the post office, but I just can't think of a safer solution for that right now."

As Fullen made her rounds down West 4th Street on Thursday, dogs pressed their noses against windows and doors waiting for her to get within barking distance. While a few seem like they could break through the glass at her, she joked, keeping the dogs inside while she delivers is the easiest solution.

"We provide a service to people, and I just expect them to help us out, too," Fullen said. "Just hold your dogs inside until I can get the mail delivered."

But within one block, a white pit bull and a smaller toy breed had jogged to meet her, the owner waving from the front porch. While both proved friendly, Fullen has become frustrated with having to brace herself with each loose dog.

Although the pit bull's reputation is well-known, McComas said any breed can bite and many attacks actually come from small dogs. Fullen's bite last month was by a mutt, she noted, adding that her husband, also a mail carrier, has been attacked by everything from cats to birds.

But fearing for her own health each day and with each dog is a frustrating way to make a living, Fullen said, especially when the solution is as simple as keeping a dog inside for such a small portion of the day.

"I shouldn't have to do that in my job," Fullen said. "The owners know their dogs. I get that. But my dog wouldn't know them. This isn't a game. This is a job that provides for my family. That's all I'm trying to do. All I ask is to let me do my job."

The legal ramifications of a dog bite are the same regardless if the person is a mail carrier or in the public at large.

Following a bite, West Virginia state law mandates the dog must be quarantined for 10 days either at the owner's home or at an animal shelter. This period, monitored by the presiding health department, allows for any visible signs of rabies to become evident, said Scott Iseli, director of the Huntington Cabell Wayne Animal Rescue Shelter and Huntington Animal Control. The protocol is followed regardless of breed.

The postal service generally first responds with a "dog letter" after any type of dog encounter, McComas said, warning the owner to keep the dog restrained. Repeat offenses may result in a loss of delivery service until the problem is resolved.

If the dog is healthy, it clears quarantine and is returned to its owner. If the dog shows signs of rabies, animal control may seek a court order for the dog to be euthanized.

Dogs that consistently show signs of aggression may also be subject to a court order for euthanasia, Iseli said. While three bites is usually the limit, he said each is handled on a case-by-case basis. Orders for euthanasia can only come from a municipal or county court and are not issued by animal control themselves.

Local police may be called to assist if an owner refuses to comply or turn over a dog, Iseli said, but the trouble in enforcement begins when owners hide their dogs from authorities.

While a search warrant can be issued for the owner's residence, animal control cannot readily obtain a warrant for another residence hiding the dog. This not only means the health department cannot follow up on the dog's status, Iseli said, but by the time citations against the owner can pass through court, the 10-day quarantine is usually expired.

However, Iseli estimated around 98 percent of owners do comply. While they're usually fearful their dog will be put down immediately, that's not necessarily the case, he said, adding most bite cases are unfortunate accidents.

While most are given the choice which neighborhoods to avoid, the postal service delivers to every part of the city regardless of reputation, McComas said. Dogs or not, it takes a great deal of courage to walk through some areas. Even if there were a drug raid at a house the night before, McComas theorized, that house would get mail in the morning.

"Just because it's a known drug neighborhood or there have been police calls in that area, we don't refuse service because of that," McComas said. "Everyone needs their mail, and everyone is our customer."

Regardless of neighborhood or crime rate, Fullen and McComas said the one thing anyone can do to make it safer is to keep their dogs inside.