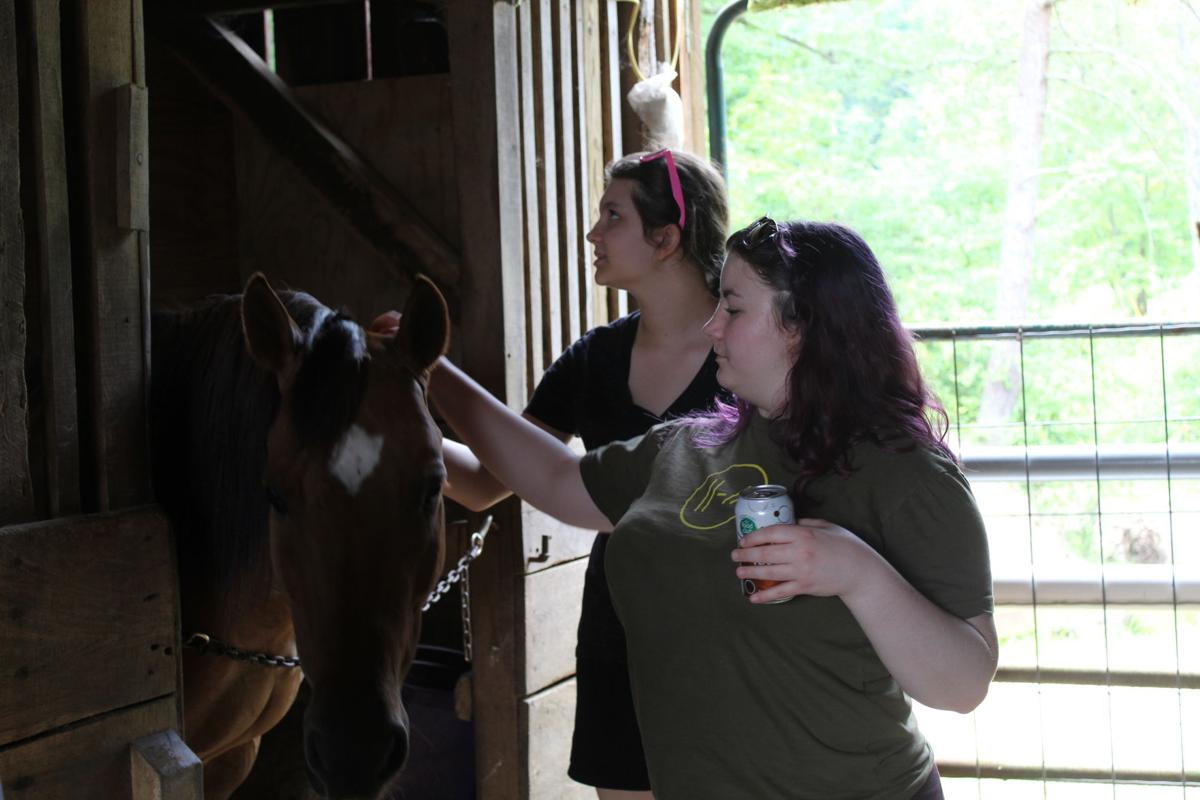 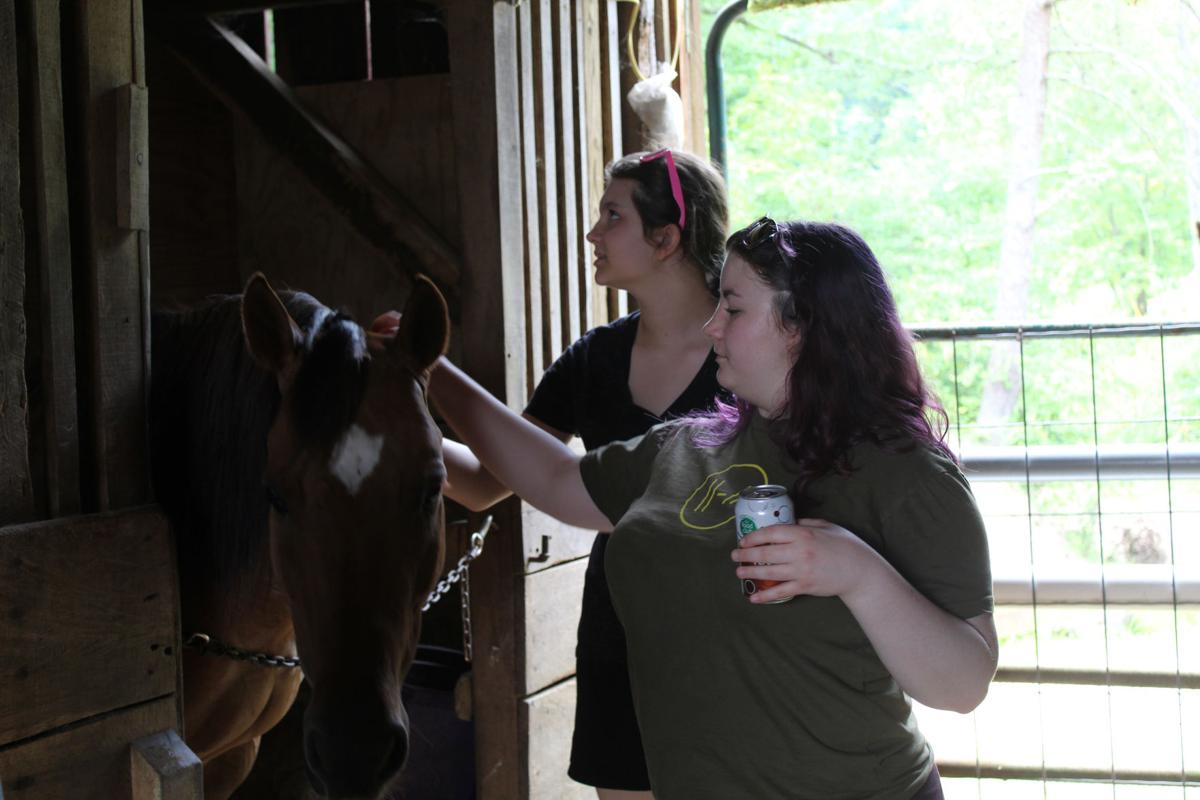 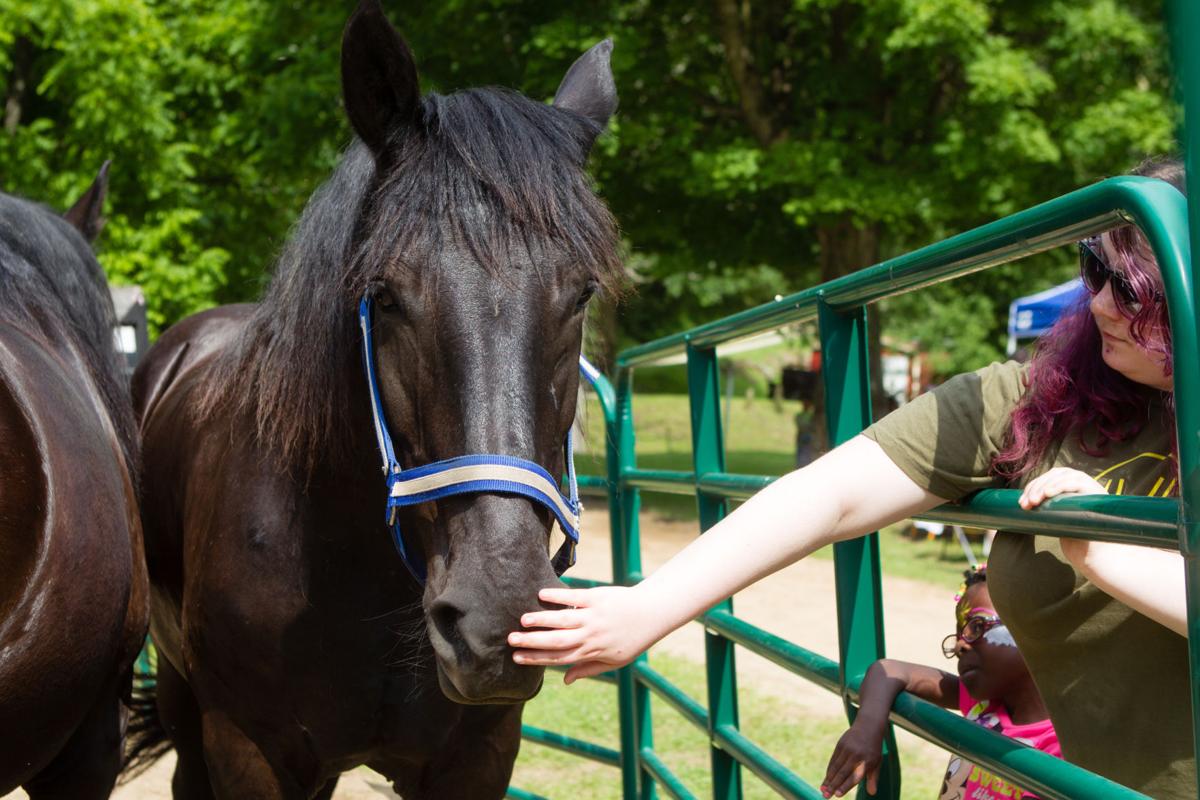 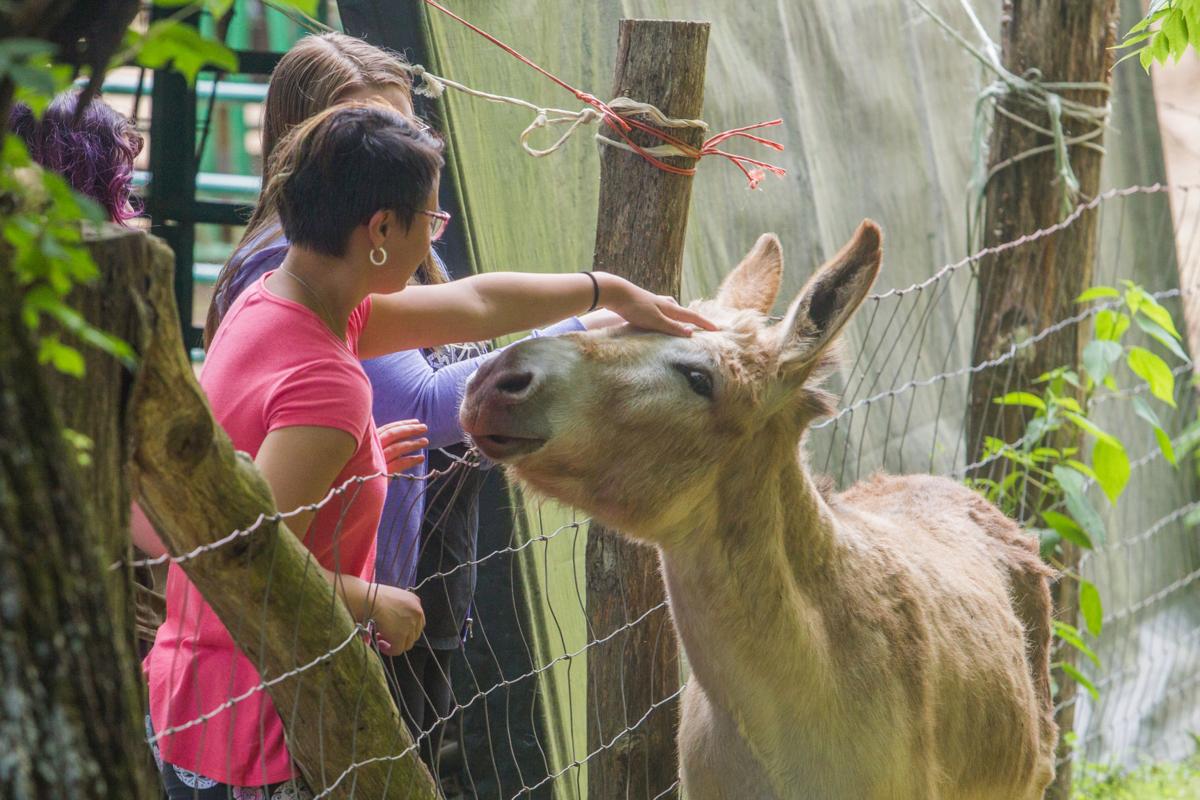 Ryan Fischer/The Herald-Dispatch Kids get the opportunity to meet Taco, a donkey, as the Country Roads Equine Therapy Center conducts an open house for their therapeutic programs on Saturday, June 15, 2019, in Milton. 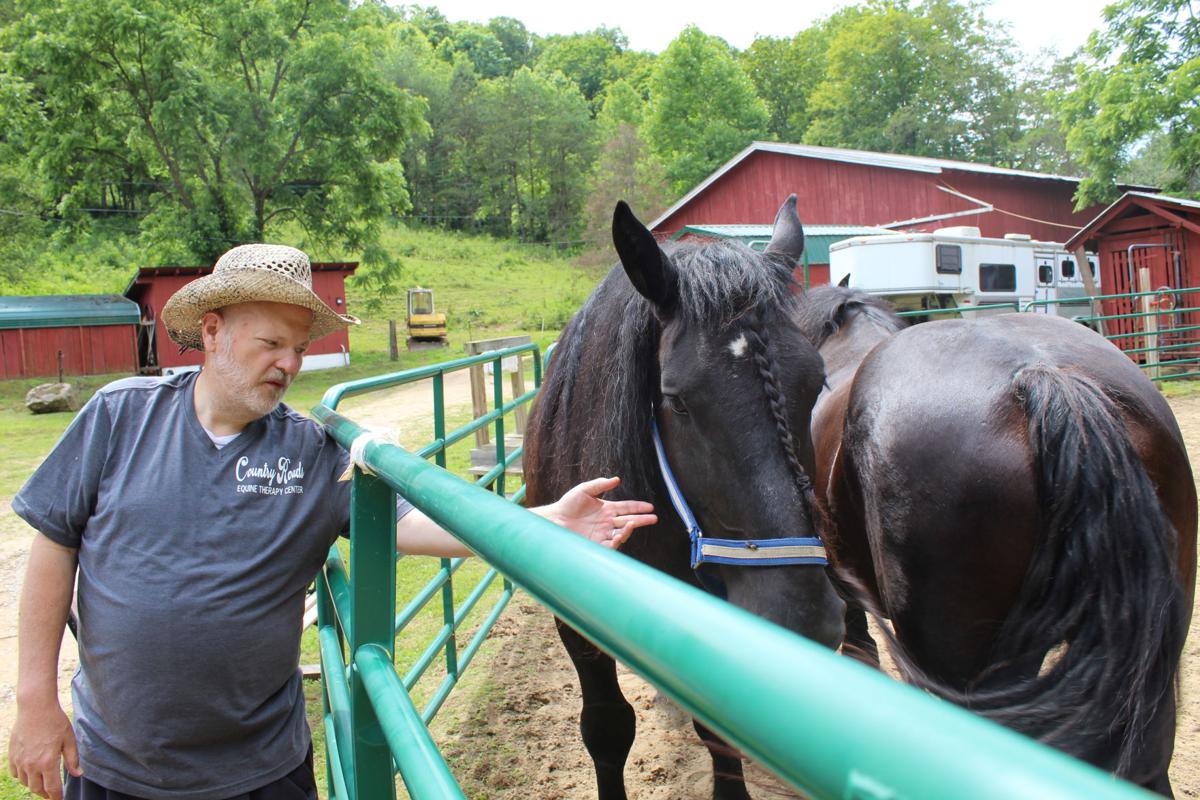 Amanda Larch/The Herald-Dispatch Tim Workman, a volunteer, pets one of the Percheron workhorses, Beauty, at the Country Roads Equine Therapy Center on Saturday, June 15, 2019, in Milton.

Ryan Fischer/The Herald-Dispatch Kids get the opportunity to meet Taco, a donkey, as the Country Roads Equine Therapy Center conducts an open house for their therapeutic programs on Saturday, June 15, 2019, in Milton.

Amanda Larch/The Herald-Dispatch Tim Workman, a volunteer, pets one of the Percheron workhorses, Beauty, at the Country Roads Equine Therapy Center on Saturday, June 15, 2019, in Milton.

MILTON — The Country Roads Equine Therapy Center hosted a free event Saturday afternoon to inform people of their services and allow those interested to sign up.

The therapy center, located in Milton, aims to provide resources for children with special needs, including ADHD, and veterans with post-traumatic stress disorder. By engaging with horses, ponies, miniature horses and calves, people of all ages can become more familiar with animals and learn to work through their stress.

Kathy Armstead, co-owner and founder of Country Roads Equine Therapy Center, said she and her husband have wanted to develop the therapy program for 15 years. Armstead said the program differs from hippotherapy, which is the use of horseback riding for physical therapy. Rather, the program deals with emotional needs and the animals are emotional service animals.

"In hippotherapy, you do the same thing with everybody - they come out, they learn how to ride and they ride, which is very good and it works," Armstead said. "But we found that the emotional service animals are way better. You can hug them and play with them and get to know them, which doesn't usually work if you're just riding."

Everyone in the therapy program will receive a specialized system that works best for them and their needs. They will also learn to care for and clean up after the animals. Each session is $60 cash and will last an hour to two hours, Armstead said.

"We design each person," Armstead said. "We try to figure out what will be best for that person. The medical people talk to them and people like us will talk to them, whatever works for that person. Some of them may never want to ride; that's OK. You can lead a pony around and sit and hug them. This is interaction with the animals, sometimes riding, sometimes not, especially with PTSD. We have a lot of concerns for those guys. They have done some studies lately that PTSD soldiers exposed to being able to work with and hang with animals have a 95% improvement rate, which is incredible."

Armstead said another aspect of the therapy program allows people who may be afraid of horses to overcome that fear. The horses are also a great way to get children outside and stop being "couch potatoes," she said.

"Our point here is to educate, to get kids out from in front of games - we do our own games out here. They're a lot different," Armstead said. "And they will eventually be allowed to ride, if they can. They have to fill out a doctor's form, of course, and we have to have recommendations from doctors for whatever their issue is; we can deal with it."

Those interested in receiving therapy from or becoming volunteers for Country Roads Equine Therapy Center may call 304-633-7237. Armstead said they also offer a service to buy and train ponies for those who want their own emotional service pony.

The center relies on the help of volunteers.

"We're looking for volunteers and people that want to learn," Armstead said.

Along with the emotional service animals, the Armstead farm is home to Percheron workhorses, a donkey, cats and two Great Pyrenees dogs.

The Country Roads Equine Therapy Center conducts an open house for their therapeutic programs on Saturday, June 15, 2019, in Milton.