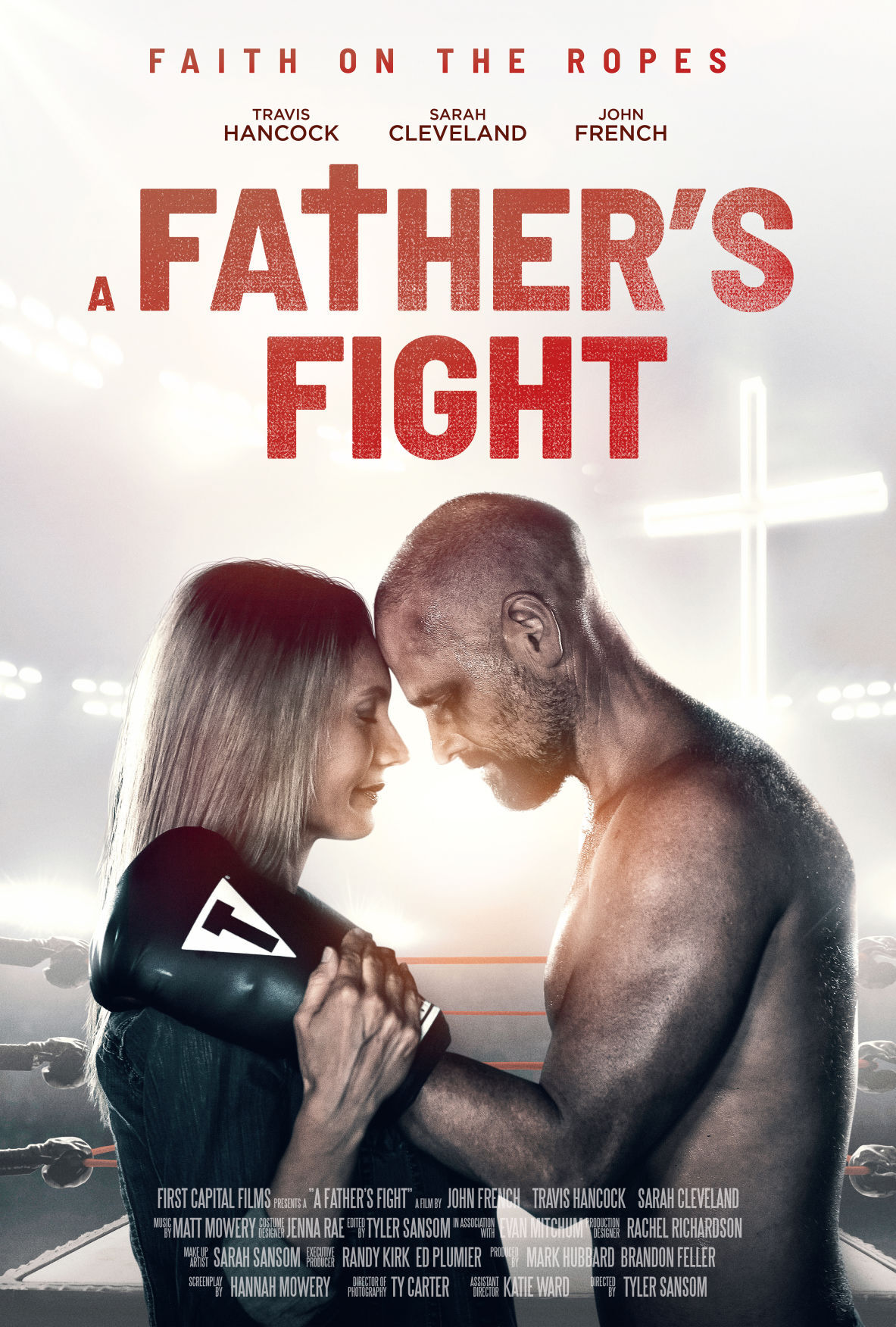 HUNTINGTON — An award-winning film directed by a Huntington native living in southern Indiana will debut in local theaters this week.

First Capital Films, an independent film company based in Corydon, Indiana, specializes in faith-based films. Its second film, “A Father’s Fight,” was released earlier this year.

Lead director Tyler Sansom, a native of Huntington, said the film is set to be shown at Marquee Cinemas in Huntington, Beckley and Triadelphia beginning Friday, April 9.

“I imagined at some point I’d make a long-form movie that ended up on YouTube or something, and maybe a few people would watch it,” Sansom said. “I never imagined having a multi-state theatrical release that would get picked up by a decently known distribution company that would put it out in places like Walmart and Target.”

For Sansom, who has had a dream of directing and producing films from an early age, it’s a dream come true. He said he is proud to be from West Virginia and have a film he directed shown “right in his backyard.”

Sansom moved from the Huntington area soon after graduating from Cabell Midland High School in 2011, relocating to southern Indiana and finding a home at First Capital Church, where he focused on producing digital content for the church.

Out of that came an opportunity for so much more. The fulfillment of a lifelong dream of movie making came around six years ago when his home church initiated the launch of First Capital Films.

They released their first movie in 2017, which was about an hour long, but “A Father’s Fight” is the company’s first feature-length production with a run time of 93 minutes.

The inspiration for the plot — a father learning how to fight for his family — Sansom said came from his personal experience with the foster care system in Indiana, which the church had also been involved with.

“My wife and I adopted a teenager, and we fostered her for a while, and the church worked with a lot of the kids in the foster care system, and the common theme when we’d talk to them was that they were in the system and in the group homes because their parent decided to choose something else over them,” Sansom said.

So he pitched the idea to a screenwriter for a film centered on the idea of casting off other temptations and distractions in order to fight for family. In the film, a hometown amateur fighter finds that his addiction is destroying his personal life, family and reputation. While training for a fundraiser boxing match, the main character, Bo Lawson, finds what is really worth fighting for: his family.

Sansom said while it is a faith-based film, they didn’t write it to feel “preachy,” instead focusing on personal victories and producing a storyline that everyone can relate to.

“There isn’t a moment where someone gets on their knees and accepts Jesus or anything like that. We really tried to write this intentionally for non-believers, which required us to make it believable,” Sansom said.

Sansom added that he hopes that anyone who watches the film, specifically fathers, are challenged to have a conversation with their loved ones about finding ways they can keep fighting for one another.

“The over-arching message is that everyone is fighting for something, and we are challenging specifically fathers to fight for their families. Huntington isn’t much different than here (southern Indiana) when it comes to the opioid epidemic, so we see these dads in there fighting for their drug addictions instead of their families or kids,” Sansom said.

“A Father’s Fight” debuted in the Indiana prison system a week before it was released in theaters, giving inmates the opportunity to view it before anyone else. The cast and crew also did an in-person premiere at their local county jail, where Sansom said 11 prisoners were baptized after seeing the film.

“The film was written for that audience, and it was incredible to have them see it first and see their response,” Sansom said.

Recently, the film was nominated for various awards at a handful of Christian film festivals across the United States. In late March it was announced that actor John French, a Gallia County native, was awarded Best Actor at the Faith & Family Chicago Film Festival where Sansom took home the award for Best First-time Producer.