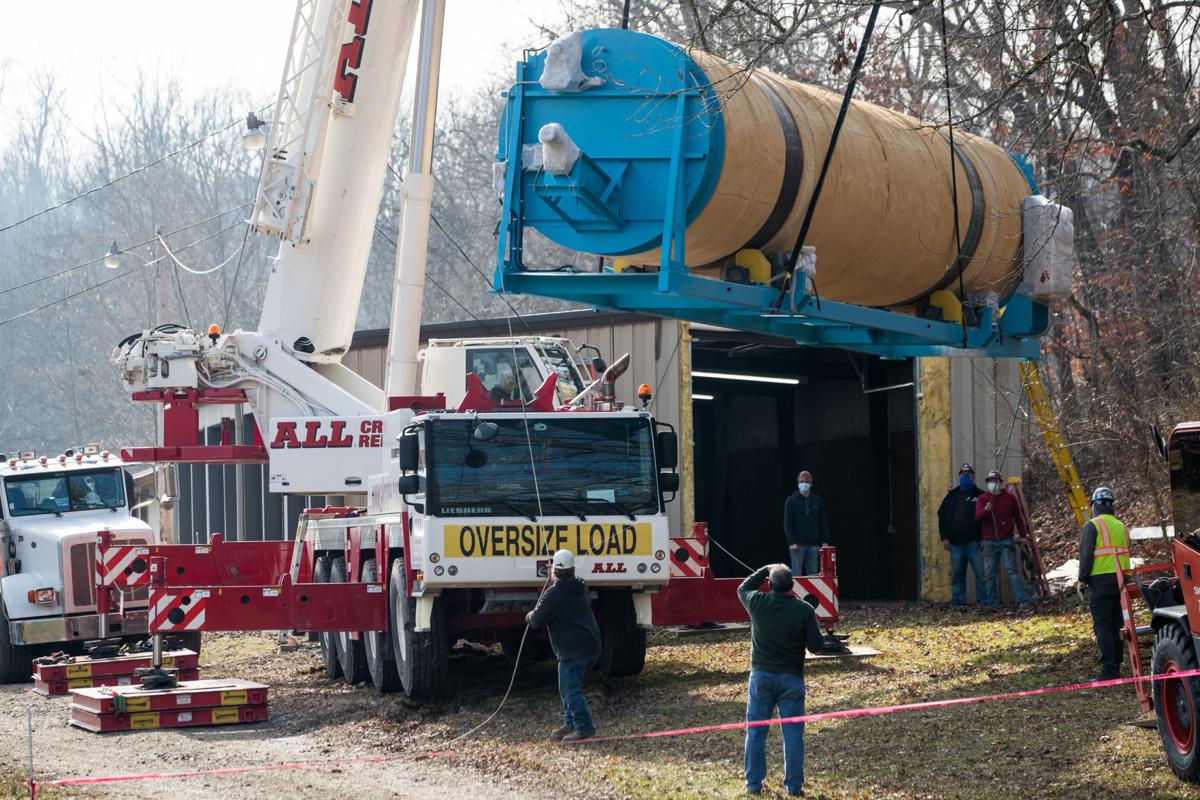 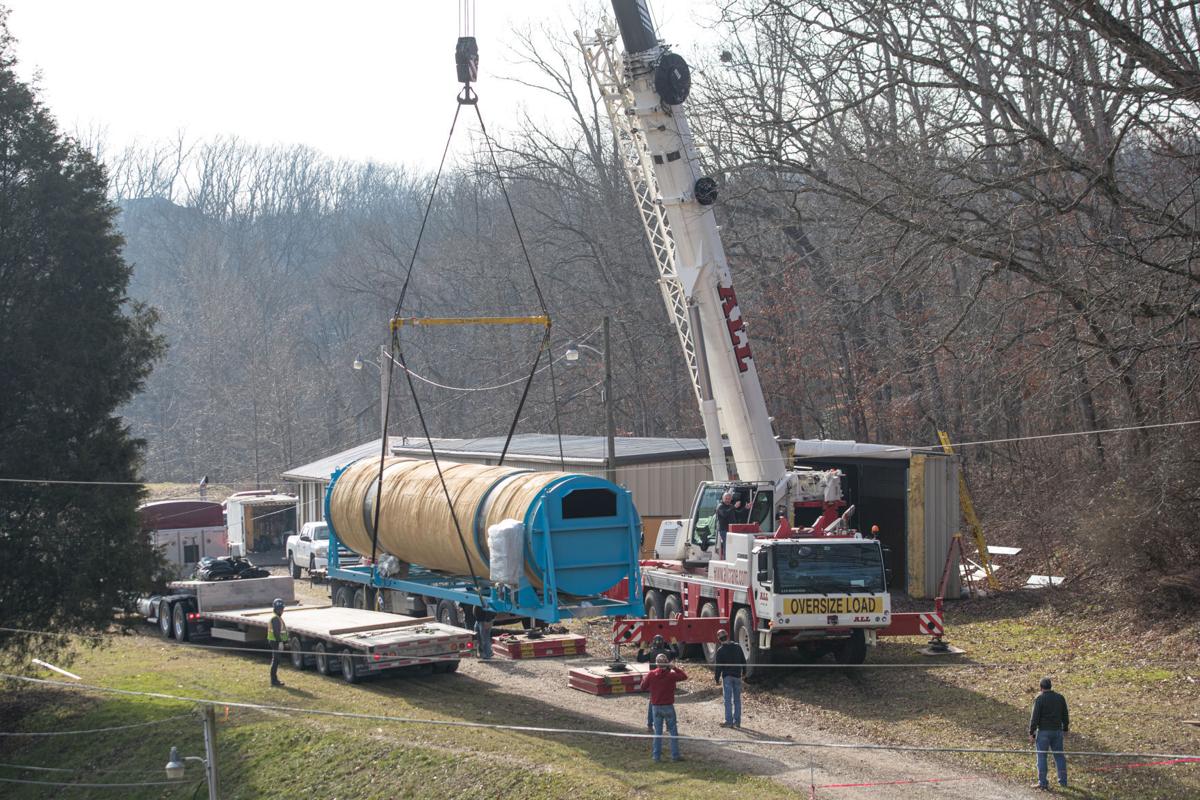 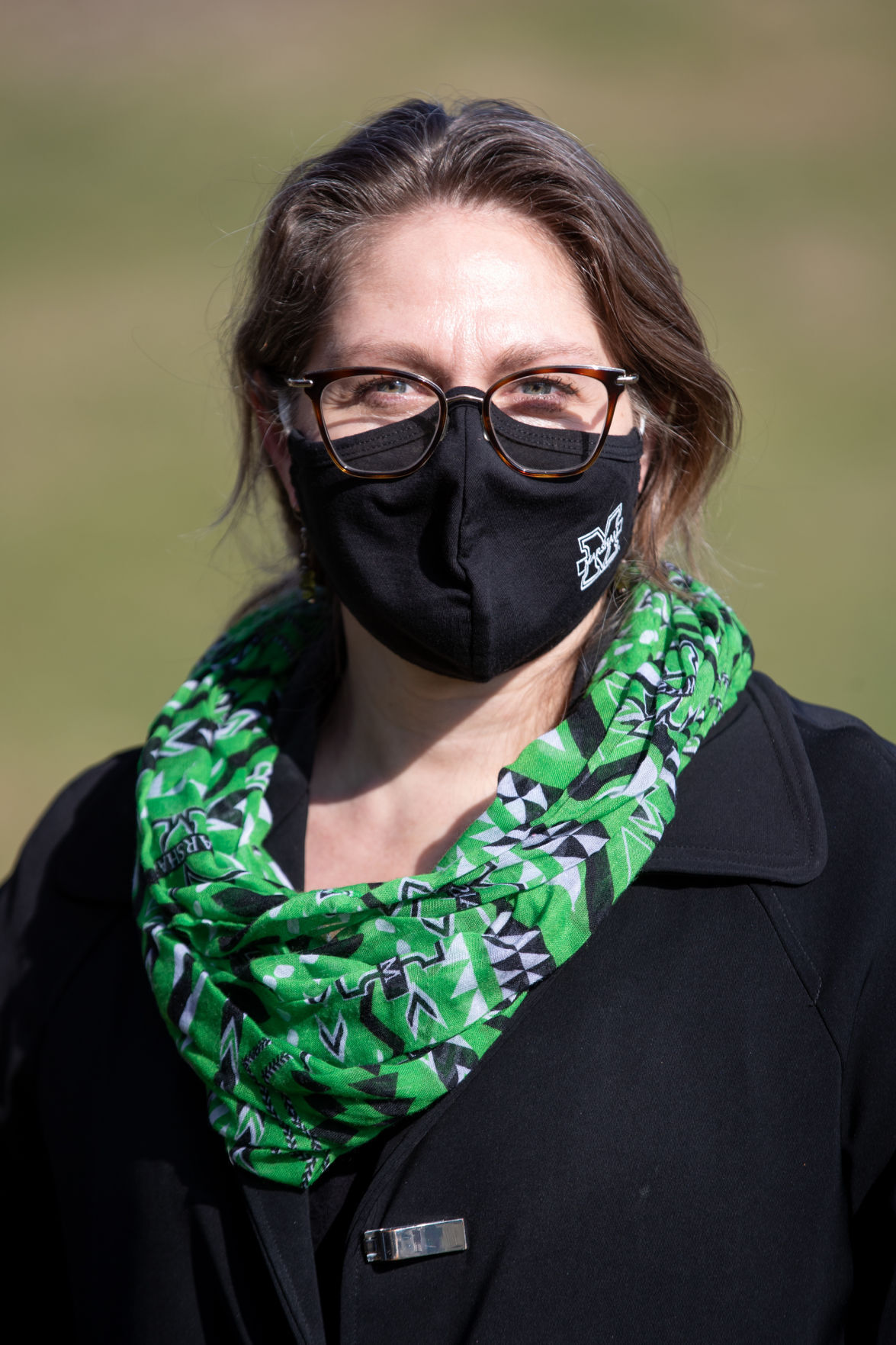 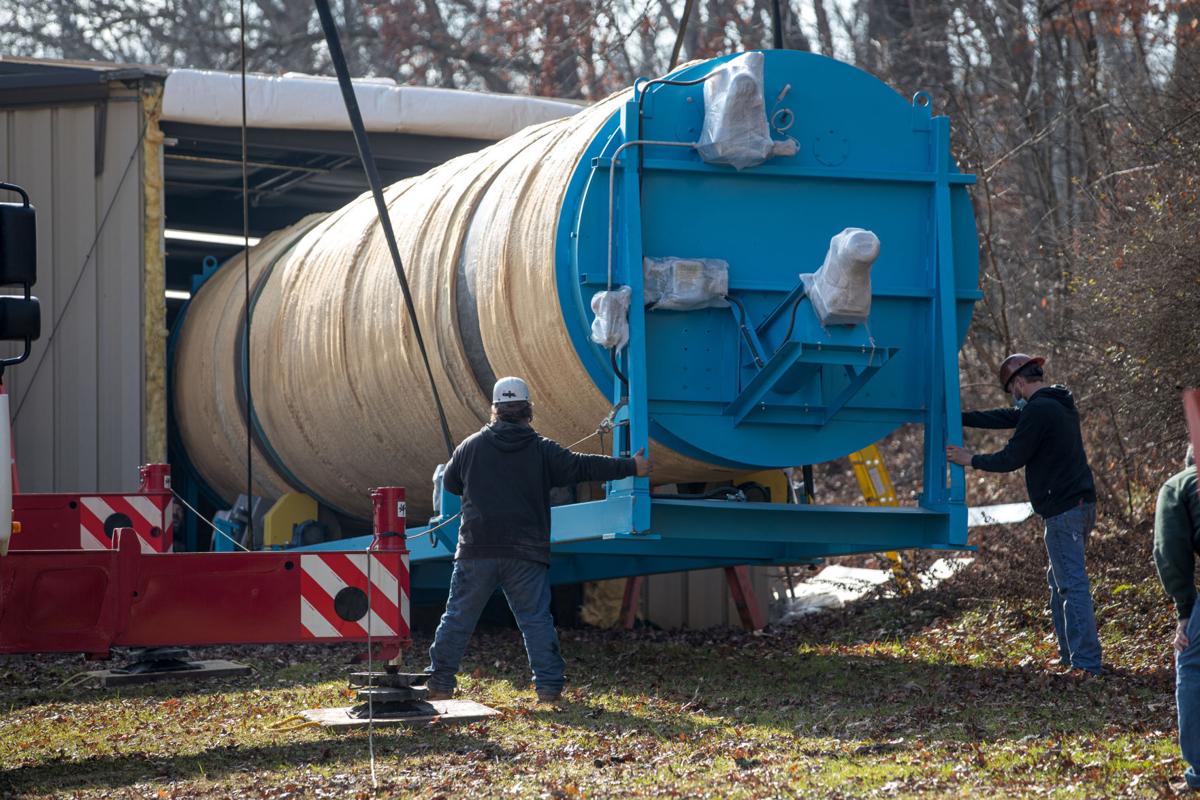 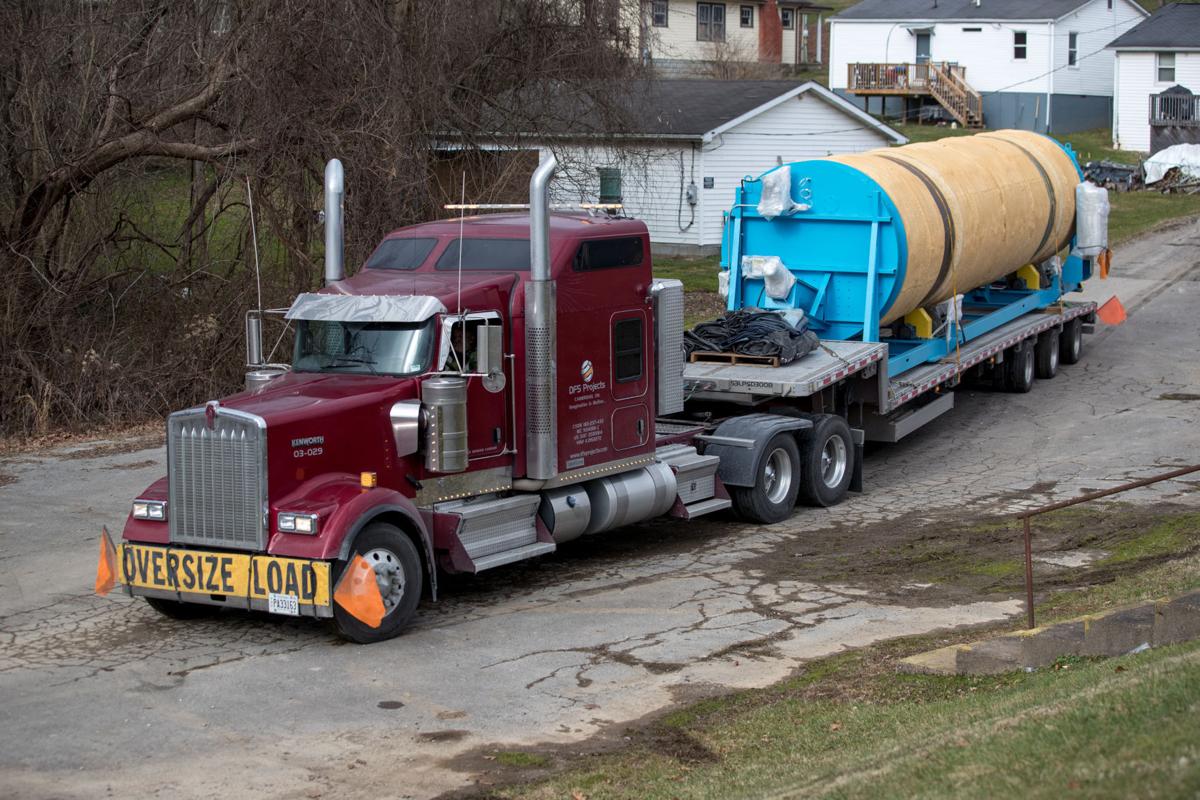 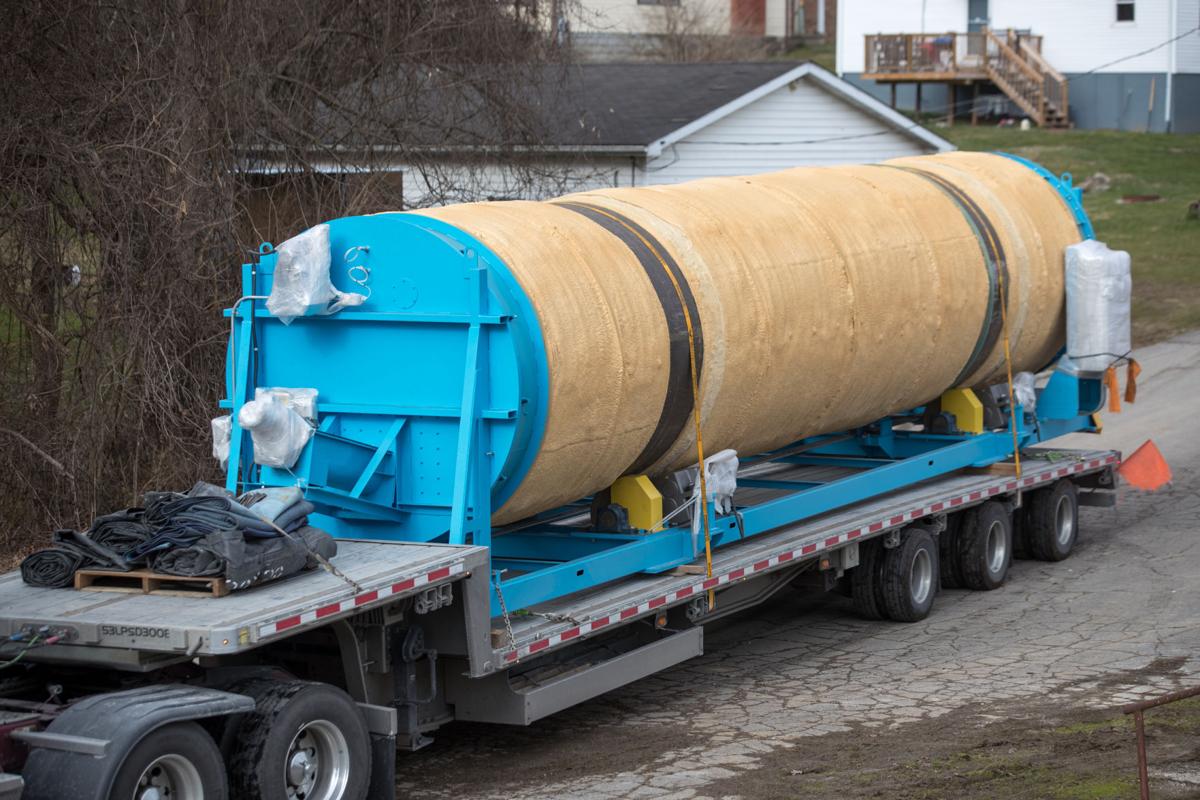 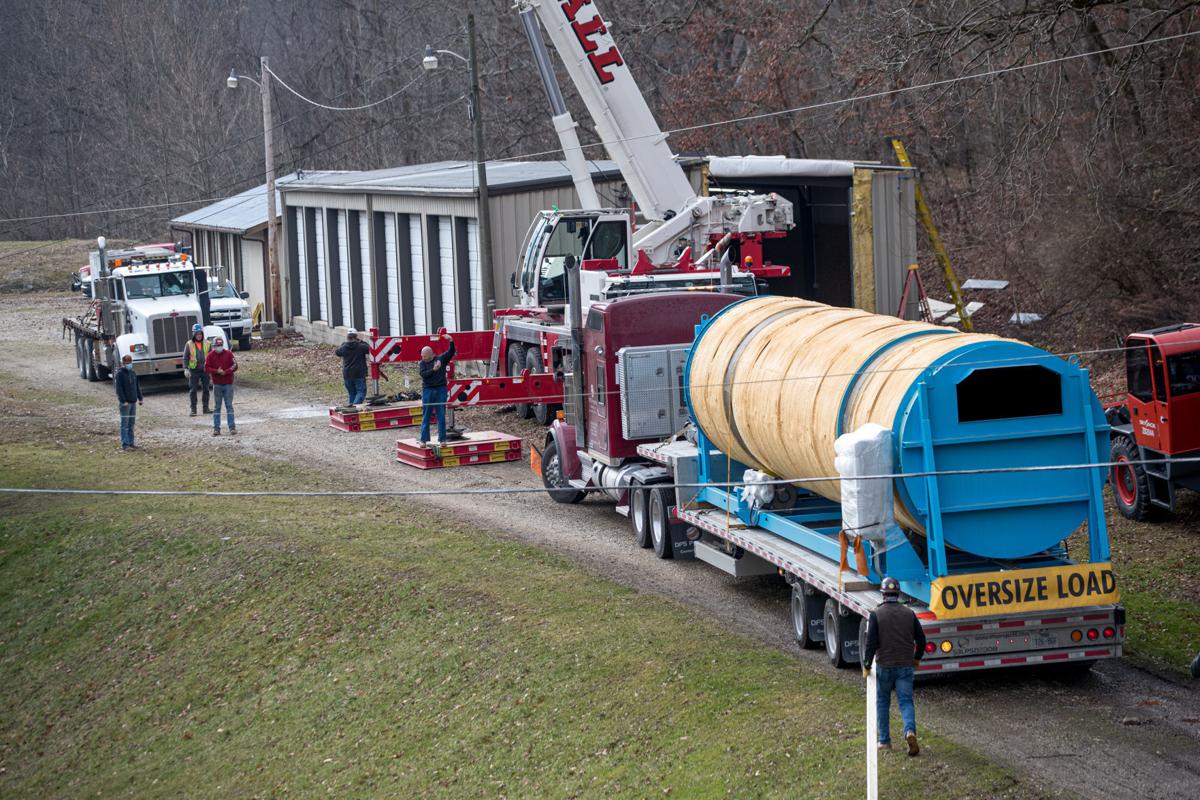 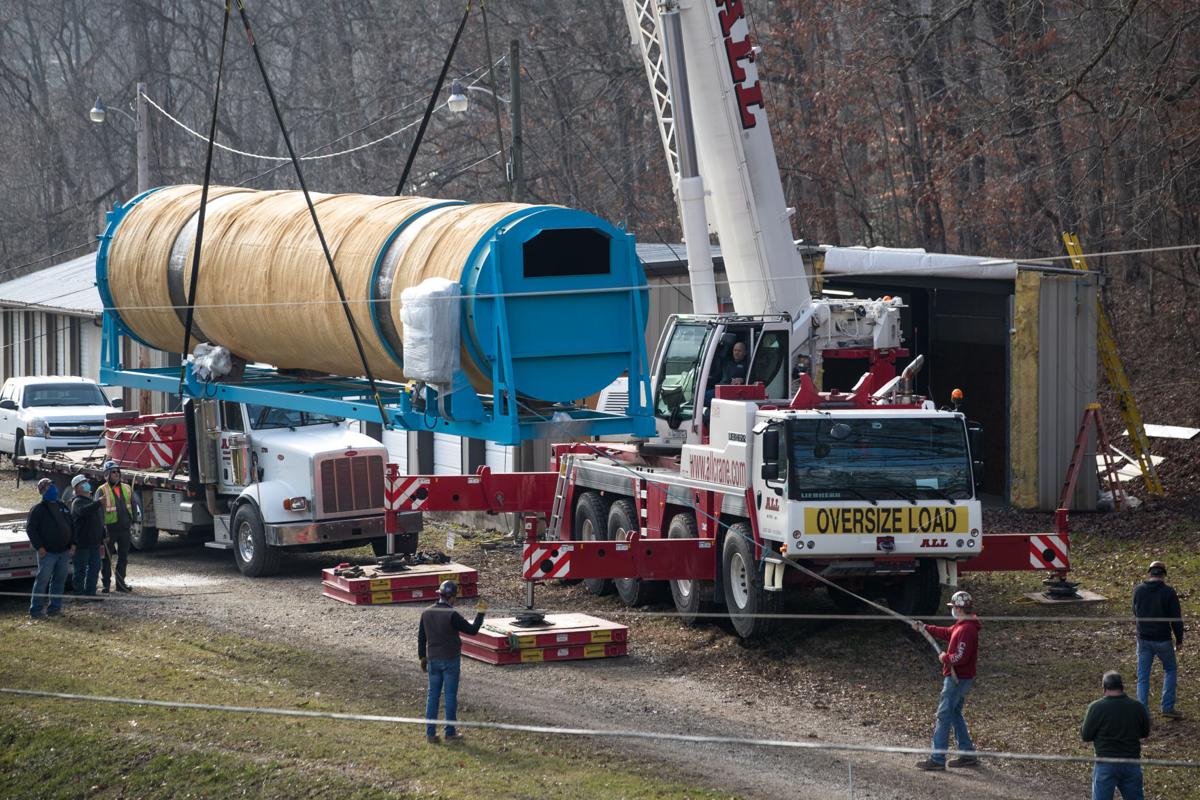 HUNTINGTON — Not many squeal with delight when they see an oversized tractor-trailer carrying a massive steel drum, but Amy Parsons-White did Tuesday morning.

The composting facility will be the first commercial facility in West Virginia and the second largest university-run facility in the country behind Ohio University.

Parsons-White, the manager of the Sustainability Department at Marshall, said other universities have already reached out to her to learn more about starting their own facilities.

“A couple universities in the state have already reached out and are working with us to develop their own commercial compost facilities,” she said. “We see this as something that could spread across the state and create more green infrastructure and more green jobs in the state as well.

“If every state-funded university had a compost facility in their community, that’s a lot of jobs and a lot of savings for the people in the community.”

With just a conveyor belt left to purchase and install, Parsons-White said she hopes to be up and running in just a few months. They will begin to work on their compost recipe, which will need to be certified by the U.S. Composting Council. Once certified, they will be fully operational.

All the food, lawn, paper and cardboard waste from the university will be taken to the facility and broken down. First, the waste is put in a grinder to break the material down into small particles.

Then, the digester breaks down the waste over five days by constantly rotating and heating the waste to 140 degrees.

Some of the finished product will be bagged and either used on campus or sold as “Herd Dirt.” Other compost will be put into a bin with 50,000 red worms. The worms eat the compost and their waste turns into what is called castings, a high-quality compost that can be used for potting soil. That will also be bagged and sold, as well as used on campus.

Parsons-White said the facility will have both an environmental and financial impact on the university.

First, the facility will help reduce the university’s carbon footprint.

“Everything we are going to compost would have gone to a landfill. As it breaks down in the landfill, that produces methane, which is 70 times more potent a greenhouse gas than carbon dioxide. Environmentally, taking what would have broken down into a greenhouse gas and turning it into a soil amendment which actually makes your dirt healthier — it’s actually what it’s supposed to do. Things are supposed to break down in the earth. We are completing that cycle, but in a much faster way.”

It will also save the university money. It costs $90 to send 1 ton of recycling to a center, and it also costs to send waste to the landfill.

Along with selling the compost, the university plans to eventually contract with local restaurants and businesses to collect their compostable waste. Parsons-White said they are also considering how they can do curbside compost pickup for the community, but it will take some changes to West Virginia law to accomplish that.

The compost facility has been funded by grants, as well as donations from Tom Wolf and Leslie Petteys, local philanthropists.

Students in Marshall’s specialty agriculture degree program within the College of Science will use the compost facility as an educational laboratory, which will also serve as a community outreach hub, hosting community composting and agriculture workshops.

University President Jerome Gilbert, who composts in his spare time for his garden, has been excited for the project since it was first announced. In a release, he credited Parsons-White for her vision and leadership.

“As someone who has composted organic material on a daily basis for over 20 years, I can tell you that I am very excited about our new composting effort and proud of our new facility,” he said in the release. “This will be a game-changer for Marshall and the Huntington community.”

As one project comes together, Parsons-White is looking to the future already. She said she is working on grants to develop land below the compost facility for hydroponics (a method of growing plants without soil), a tree garden and two greenhouses that would grow all the flowers for campus.

The new facility is located at 1010 Norway Ave., between Walmart and the Cabell County Career Technology Center.