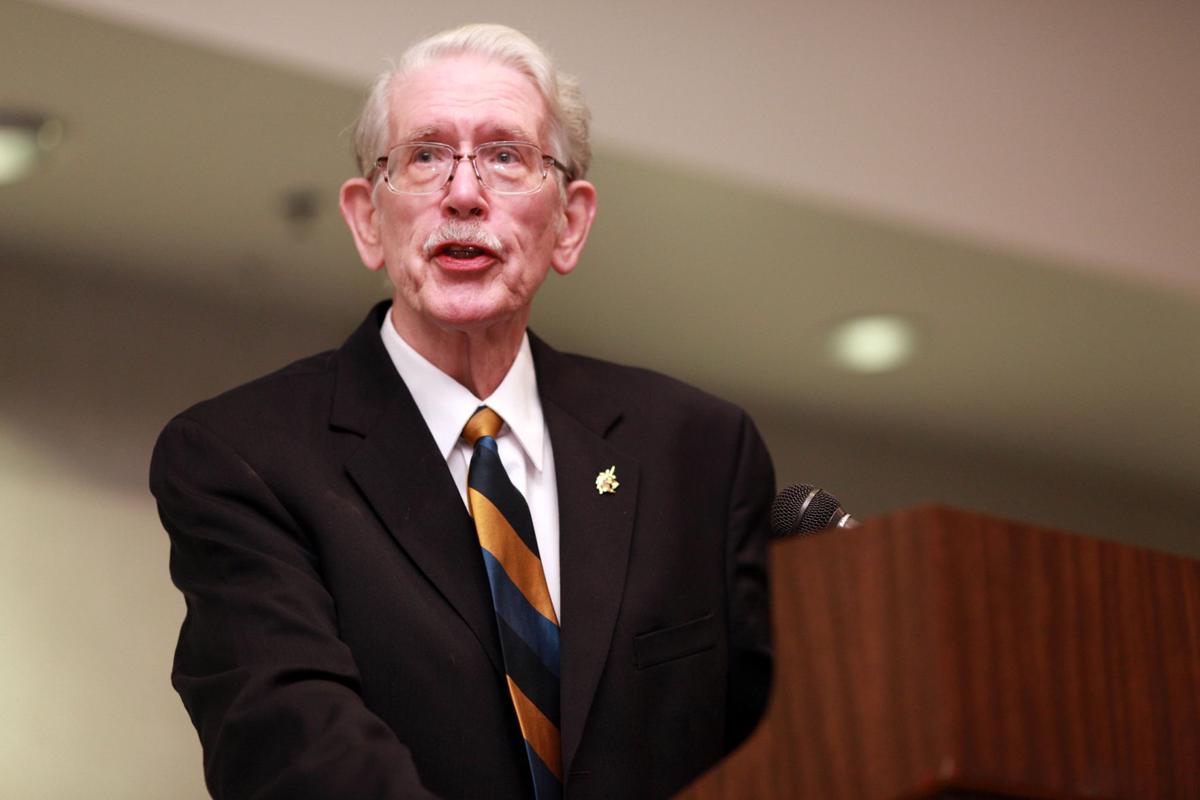 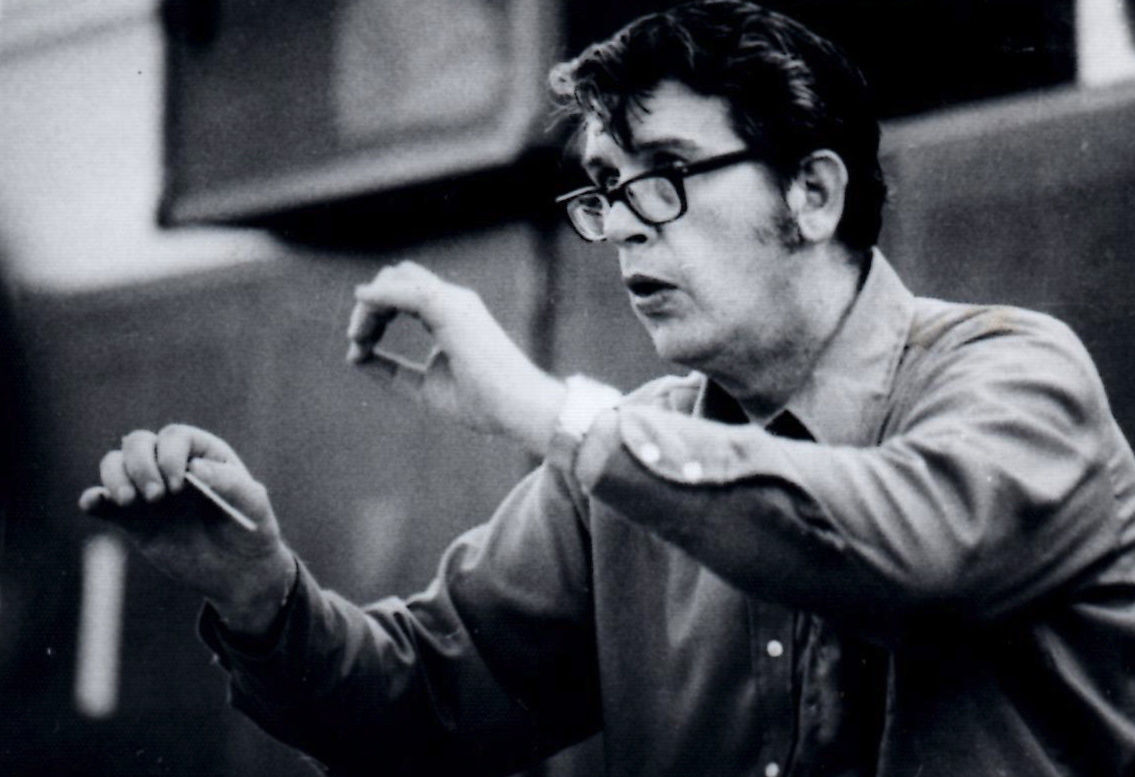 Paul Whear directs the Marshall University band in the 1970s. 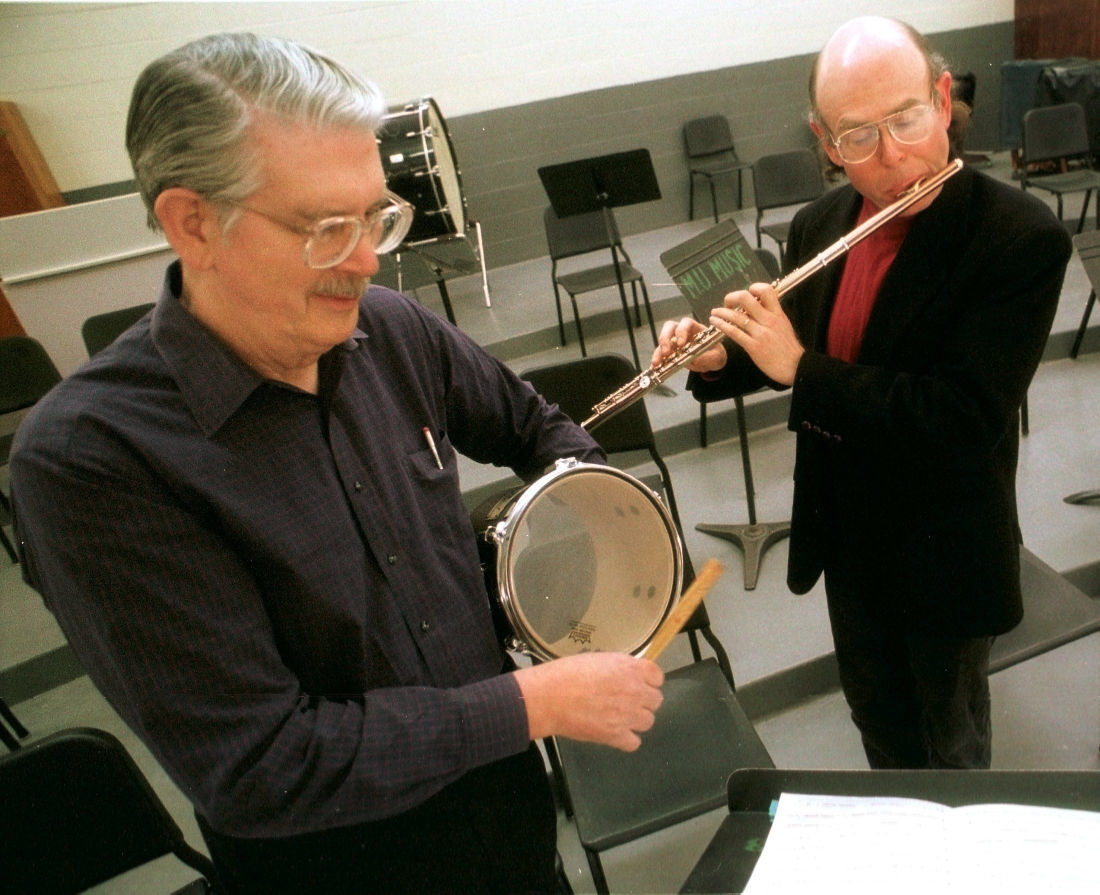 Paul Whear, left, and Wendell Dobbs play part of a score composed by Whear in this 1999 photo.

Paul Whear directs the Marshall University band in the 1970s.

Paul Whear, left, and Wendell Dobbs play part of a score composed by Whear in this 1999 photo.

“Paul did not write just to make Paul Whear a better person; he was not writing to satisfy his ego,” said Don Williams, professor emeritus at Marshall University and friend of Whear. “He was writing for an audience, the audience and player, whether they were in junior high or a professional; he was able to write for them.”

A former professor of music theory and composition, Whear was known as a talented composer and conductor who demanded excellence from those who performed his work, Williams said.

Whear’s compositions have been performed by high school orchestras as well as the London Symphony Orchestra, Philadelphia Orchestra, Cleveland Philharmonic, the U.S. Navy Band and others.

Williams said Whear was one of the reasons he chose to come to Marshall, and the two became great friends over the years.

Becoming close enough that they lived next to each other at one point, Williams said the two’s friendship consisted of musical discussions, word games and trips to Bob Evans for lunch on a regular basis.

Williams said he admired how Whear was able to write music for varying age groups and skill levels.

Elizabeth Reed Smith, professor of violin and orchestra conductor at Marshall, was a colleague of Whear’s before his retirement about 30 years ago.

Smith said she was always able to count on Whear if she needed demonstrations of different instruments for her classes, and she thinks that helped him as a composer.

“I think one of the things that made him a good composer was he had a really good working knowledge of a lot of different instruments,” she said. “As a violinist, I’ve played and performed music composed by people who didn’t necessarily understand the violin and that just means there were little annoyances in the music, but that was never the case with his works.”

The World War II veteran had high standards for musicians, Smith said, but even students who did not do well in Whear’s classes respected him.

Wendell Dobbs, interim dean for the College of Arts and Media at Marshall, performed under Whear and agreed that while he expected musicians to perform well, students and performers only improved because of it.

“The real contribution that Paul Whear made to music for many, many musicians, both young and old, is he understood symphonic band,” Dobbs said. “Symphonic band was kind of an emerging area. Historically, that was what you had in high schools, but in his era, it started to emerge as a really serious musical ensemble, and Paul understood the sounds of a symphonic band intimately.”

Dobbs said even after retirement, Whear would return to campus musical events and provide feedback to musicians. Dobbs said he appreciated Whear’s candor and how he would provide constructive criticism without ever being condescending.

While Huntington and Marshall have had many prominent figures throughout history, Dobbs said Whear was special.

“I think we were blessed to have him,” he said. “Huntington has always had a real strong cultural current, but having Paul here, having a composer of his renown in this community, was truly a gift.”

Whear was the recipient of many musical awards, including the American Society of Composers, Authors and Publishers and a grant from the National Endowment for the Arts. He is the composer of “The Chief Justice,” which performed at the Kennedy Center for the Performing Arts in 1976 by Marshall’s Department of Music.

Whear is survived by two children, Cynthia Whear, an occupational therapist in Baltimore, Maryland, and Allen Whear, a cellist and music professor who spends his time in the United States and Canada.

Smith said music was Whear’s life, and his age never stopped him from discussing his passion for music.

“He was talking about music, talking about compositions and listening to music pretty much until the day he died,” she said. “He really had a remarkable musical mind.”