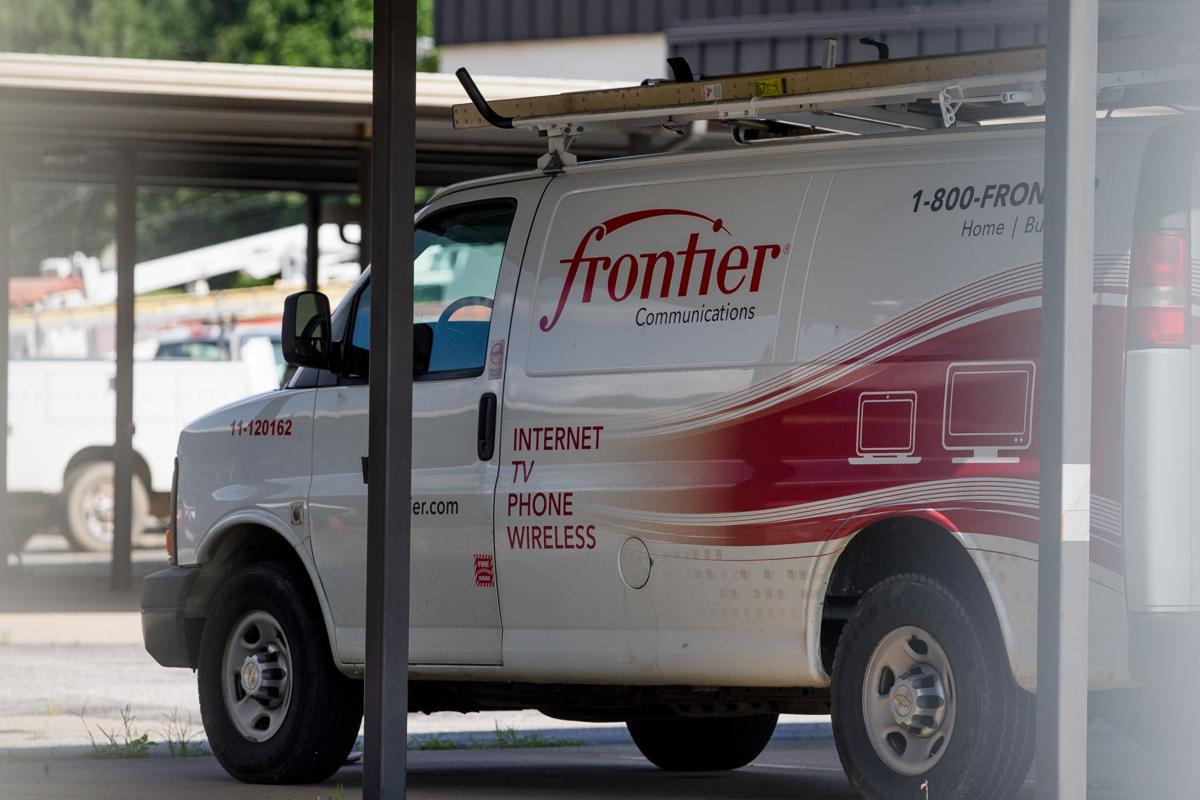 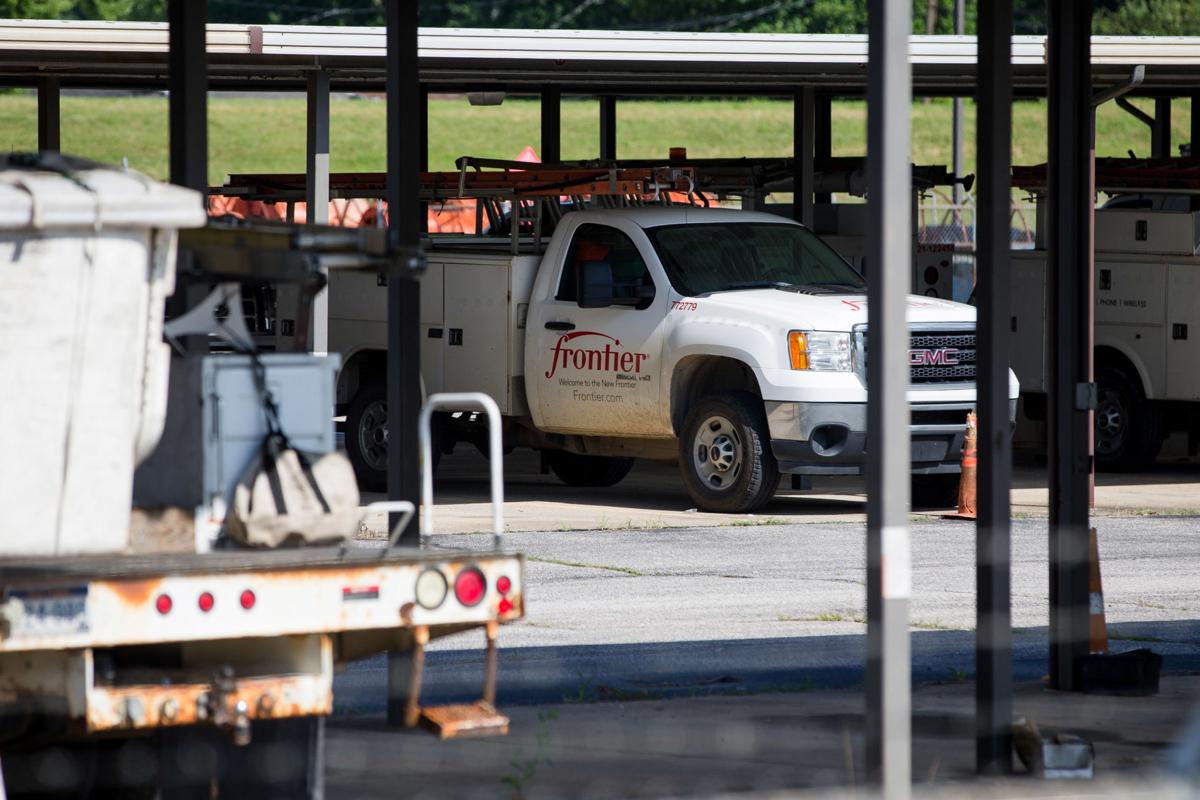 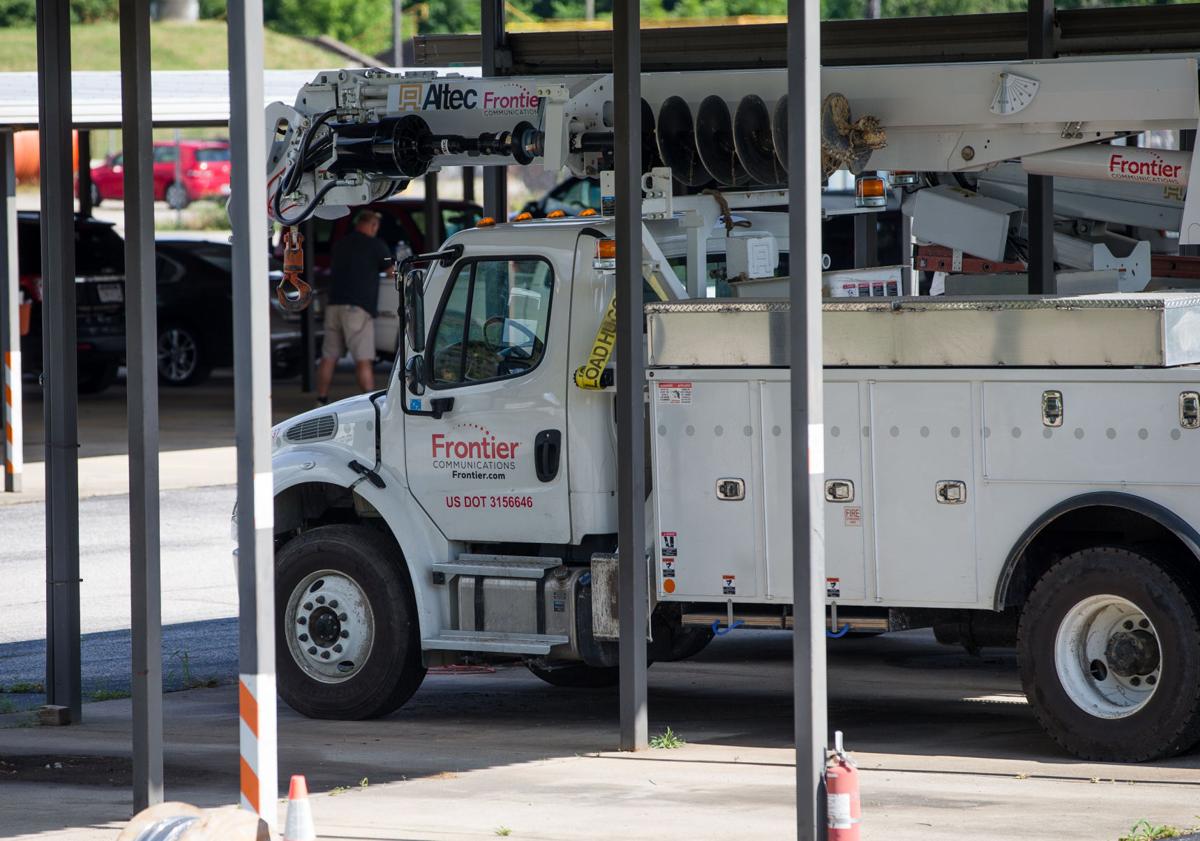 HUNTINGTON - In West Virginia, Frontier Communications has been routinely under fire for its internet service and its landline phone service, with dozens of formal complaints being lodged against the company just in recent weeks.

Currently, the company is being sued by at least 150 disgruntled internet customers, it has been ordered to conduct an audit of its operations by the West Virginia Public Service Commission and the company has been on the radar of both state and federal officials over alleged poor service. Many actions date back several years.

Monty Fowler was so upset by his internet service from Frontier Communications at his Huntington home that he recently filed a formal complaint with the Federal Communications Commission.

"I would like the FCC to hold Frontier Communications accountable for both its poor DSL (internet) service and its nonexistent customer communication when there is a problem," he said.

Fowler said his internet service became very slow around June 20 and it took over a month to get some service restored.

"The internet is mostly working, but occasionally quits for a few minutes, freezing web pages or whatever I'm working on," he said. "This is beyond pathetic."

Fowler was one of more than 200 people across the state who emailed, messaged or commented about Frontier services after The Herald-Dispatch sought feedback from Facebook users regarding Frontier. Many said they have been without internet or telephone landline service for days, weeks and even months in some cases. Many said they have reported the issues to Frontier, but have received no resolutions to issues ranging from daily service outages to poor customer service and more.

Joe Fincham, of Lesage, said slow internet speeds and continuous outages are routine with the Frontier internet service he receives.

"Internet speed tests routinely show slower than paid-for speeds," he said. "Service is routinely unavailable about four to eight times per day for 15 to 30 minutes at a time. Also, service routinely cuts off every time it rains."

Vickie Finlay says she moved from the Westmoreland area to the Southside neighborhood of Huntington and had problems when she tried to get internet service at her new location.

After several other broken promises by Frontier, according to Finlay, she said she canceled her account.

"Facebook is the main venue for my business, and we have outages three and four times a day," she said. "Also my security system is down without the internet."

Kristy Watts lives on Cotton Hill Road in Fort Gay and has both Frontier internet and telephone landline service.

"My landline phone service goes out every time it rains, and I have filed many complaints," she said. "My internet doesn't go out, but it's so slow it's not worth having. My mother and my sister live around me and they have the same issues. It's just so aggravating."

Hundreds of others reported similar issues with both Frontier's internet and telephone landline services.

Bob Elek, director of public relations for Frontier Communications' South Region, says it's not uncommon for there to be some type of outage every day.

"Some outages are minor. Some are not. But if we don't have specific customer information about the alleged problem, it's difficult to respond to what may or may not be happening," he said. "In our large, mountainous, rural territory in West Virginia, service interruptions happen. There are hundreds of service requests daily, often in difficult-to-maintain areas."

Elek said the company works to promptly address service interruptions that occur from time to time because of severe weather events, vehicle accidents and third-party construction damage to Frontier's facilities, as well as many other causes.

"Uncontrollable events like severe weather, construction crews cutting cables, cars hitting telephone poles or equipment cabinets or a variety of such causes can cause service disruptions and delay response-and-restore efforts," he said.

Elek says Frontier serves approximately 300,000 of the 2.26 million voice customers in the state and it serves the most costly and difficult-to-serve areas.

"Frontier provides service in the most rural areas of West Virginia where other providers choose not to invest to deliver service and where the challenges of remoteness are greatest," he said. "We continue to evaluate and execute strategies to improve our service."

Complaints about Frontier's internet speeds can be a challenge, too, Elek added.

"For internet service, we strive to deliver the highest speeds, but the available speed depends on multiple variables, including, especially in rural areas, the distance that the customer's location is from our internet equipment," he said. "All areas where Frontier provides service are open to competition from any provider that chooses to invest in and provide service there, including several satellite providers that serve nearly all areas in West Virginia. We price our services very competitively and offer a high-value option."

According to the West Virginia Attorney General's Consumer Protection Division, the agency has received 230 complaints against Frontier so far in 2019.

"Fifty-one of those complaints were filed in June and July alone," said Curtis Johnson, press secretary for the office.

Johnson reported the agency received 312 complaints during the 2018 calendar year.

Between 2013 and 2015, the Attorney General's Office reported receiving multiple complaints from customers paying for Frontier's high-speed service, which advertised internet speeds up to 6 megabits per second.

In August 2017, Morrisey gave an update saying the agreement with Frontier marked the largest independently negotiated consumer protection settlement in the history of the Mountain State. It required Frontier to invest at least $150 million in capital expenditures to increase internet speed in the affected areas and give those customers lower monthly rates.

According to the update in 2017, the company spent $83.9 million in capital expenditures, which allowed increased internet speed for 11,192 customers in the state.

After the PSC withheld approval of the auditor chosen by Frontier, this past Friday the company filed a recommendation for a supplemental "request for proposal," or RFP.

"Frontier engaged in an objective bid award process weighing all factors; however, the PSC felt pricing was overemphasized in the evaluation," Elek said. "We will act in good faith to comply fully with the PSC's directives."

The PSC has not responded to the filing as of Monday, according to Susan Small, a spokesperson for the PSC. Additional information is available on the commission website at www.psc.state.wv.us by referencing Case No. 18-0291-T-P.

In the letter, Manchin included the results of speed tests taken in Cabins, West Virginia, showing that the coverage provided by Frontier Communications in the area is well below the FCC's definition of broadband coverage.

"In times of crisis, no one should ever have to think twice about whether he or she will be able to call for help. Unfortunately, I have been alerted of several instances where my constituents who utilize Frontier's landline service have not been able to complete calls due to service outages," the letter said.

"Frontier shares Senator Manchin's dedication to safety and takes its commitment to serve West Virginians and support 911 services seriously," Elek said. "One key problem we must resolve together is that while Frontier only serves about 10% of the 2.26 million telephone lines in West Virginia, Frontier has 100% of the obligation to provide traditional telephone voice service to customers in the most rural, remote and high-cost areas of the state. Frontier is actively working with the West Virginia Public Service Commission and other state officials to address the continued availability of quality, affordable landline service in these high-cost areas."

n Customers concerned with issues about service they receive from a public utility can file a complaint with the Attorney General's Consumer Protection Division at 800-368-8808 or visit http://www.wvago.gov.