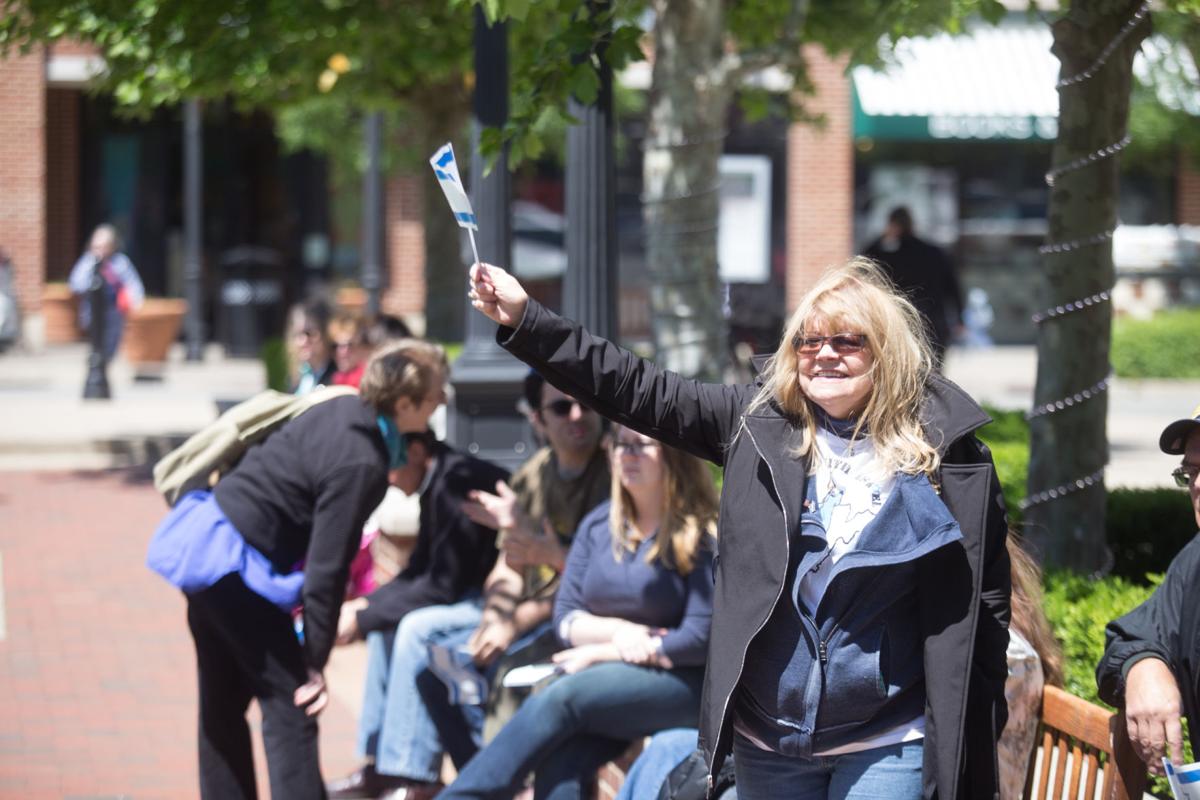 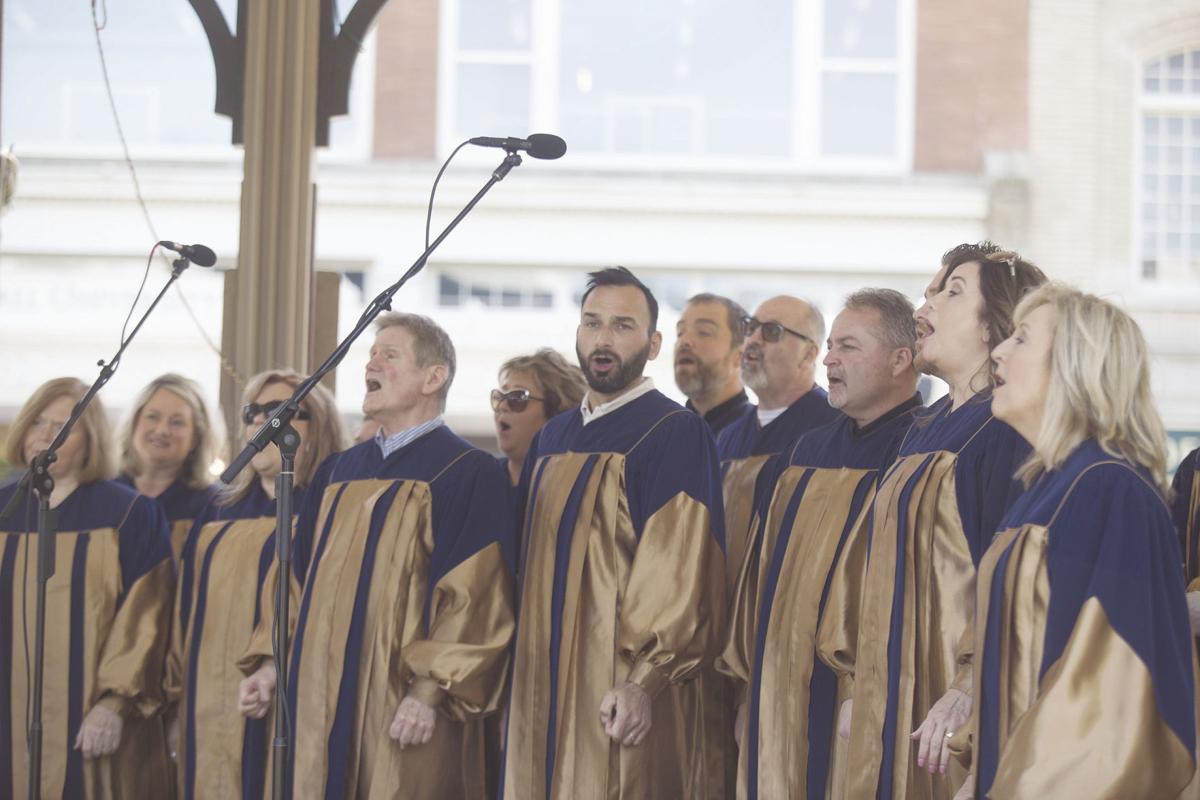 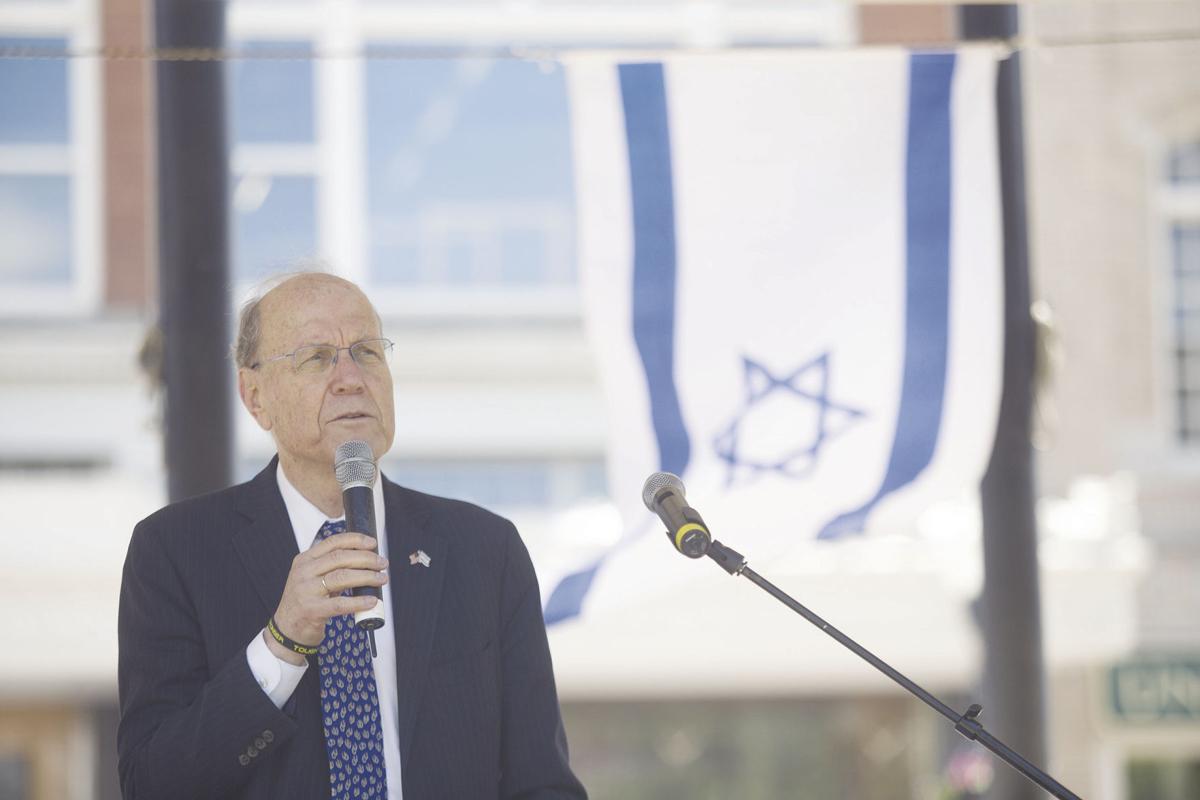 "It was a fantasy," Gordon said. "They never had the opportunity. When I was 20, I realized I did have that opportunity, and I moved to Israel. I have been blessed living there."

Gordon, a biblical scholar and translator of the Dead Sea Scrolls at the Hebrew University of Israel, was one of the guest speakers Sunday during Huntington's celebration of Israel's independence at Pullman Plaza. Other speakers included retired Israeli Ambassador Yoram Ettingter and proclamations from Mayor Steve Williams, Rep. Evan Jenkins and Sen. Joe Manchin.

It was the sixth year the B'Nai Shalom congregation and Christ Temple Church joined together for an interfaith celebration.

Gordon said the discovery of the Dead Sea Scrolls parallels the resurrection of the State of Israel.

The scrolls were discovered in 1947 by a shepherd in a cave near the Dead Sea.

"All he saw was a pile of shoe leather," Gordon said.

He brought the "leather" to a shoe maker, who noticed strange markings and brought the scrolls to a Christian monk, who couldn't read the writing.

The scrolls eventually ended up being sold to a professor at the Hebrew University of Jerusalem, who immediately knew they were ancient Hebrew scrolls from the first century.

"The story of how he first saw those scrolls is just unbelievable," Gordon said. "It was Nov. 29, 1947. The United Nations was voting on what to do about the Palestine problem. You had Jews who were now in the land of Israel demanding independence as an independent Jewish state, and they were fighting with the Arabs, who wanted to drive them into the sea."

The UN decided to partition the disputed land between an Arab state and a Jewish state.

"On that very day, an antiquities dealer from Bethlehem brought the Dead Sea Scrolls to (the professor), and there were already riots because they knew the United Nations was going to have a vote," Gordon said. "He had to meet him at the border of the Jewish and Arab sides, and over the fence he passes him the Dead Sea Scrolls. The very day Israel became an independent state, he read those words."

As the professor began to pour over the manuscripts, the Arab-Israeli war began. Jerusalem was put under siege by Arabs beginning in December of 1947, even while the British still occupied Palestine.

"The British would arrest Jews and confiscate their guns, but it wouldn't stop the Arabs from putting us under siege," Gordon said. "People starved during the siege. It went all the way to July 1948."

In his journal, the professor wrote about his experience.

"For months the quiet atmosphere of Jerusalem was shattered day and night by the thundering of enemy artillery and mortars," Gordon read. "At the same time, the ancient scrolls were gradually being deciphered. In them we heard the distant echoes of an ancient time when the people of Israel dwelt in their land. At times, the periods of history were blurred, and it seemed as if the ancient scrolls were speaking not about events from the distant past, but were pages from our own lives."

Gordon said he still feels the comfort and the spirit of those ancient ancestors in the eucalyptus trees as he walks through the streets of Israel and Jerusalem.

Video: The Rebirth of Israel and the Dead Sea Scrolls