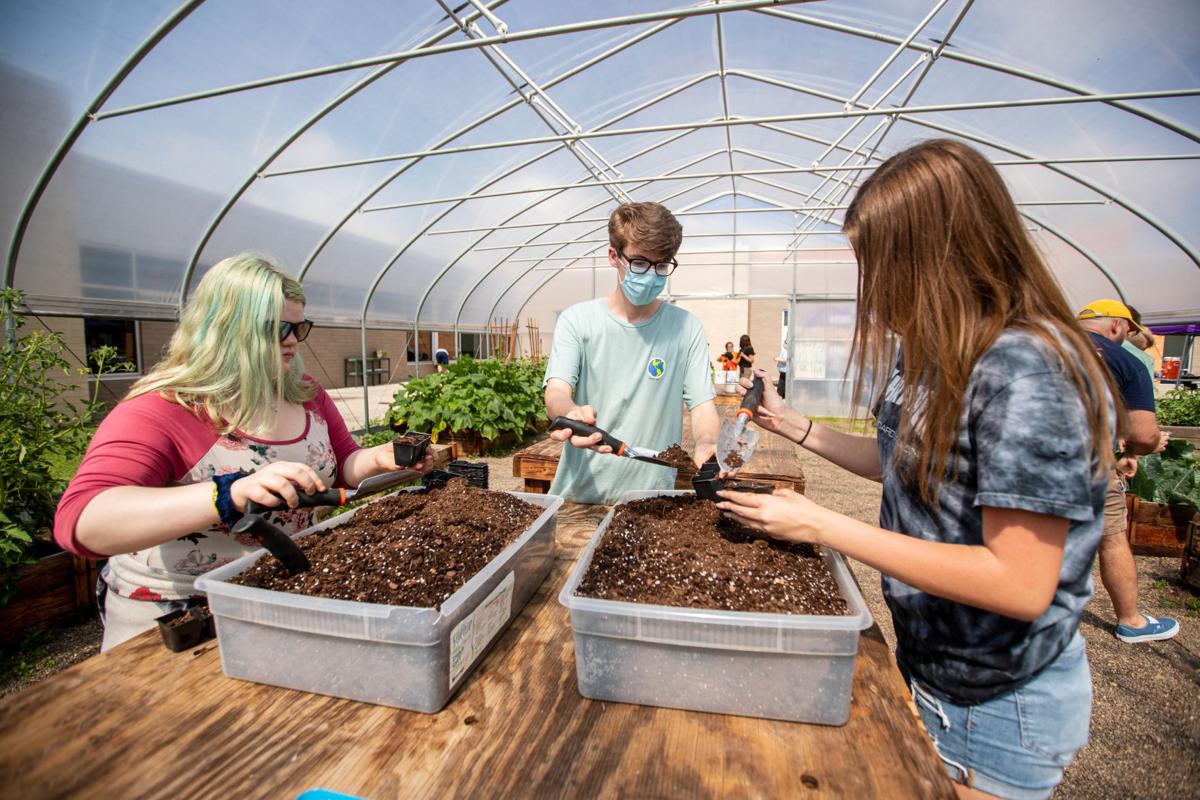 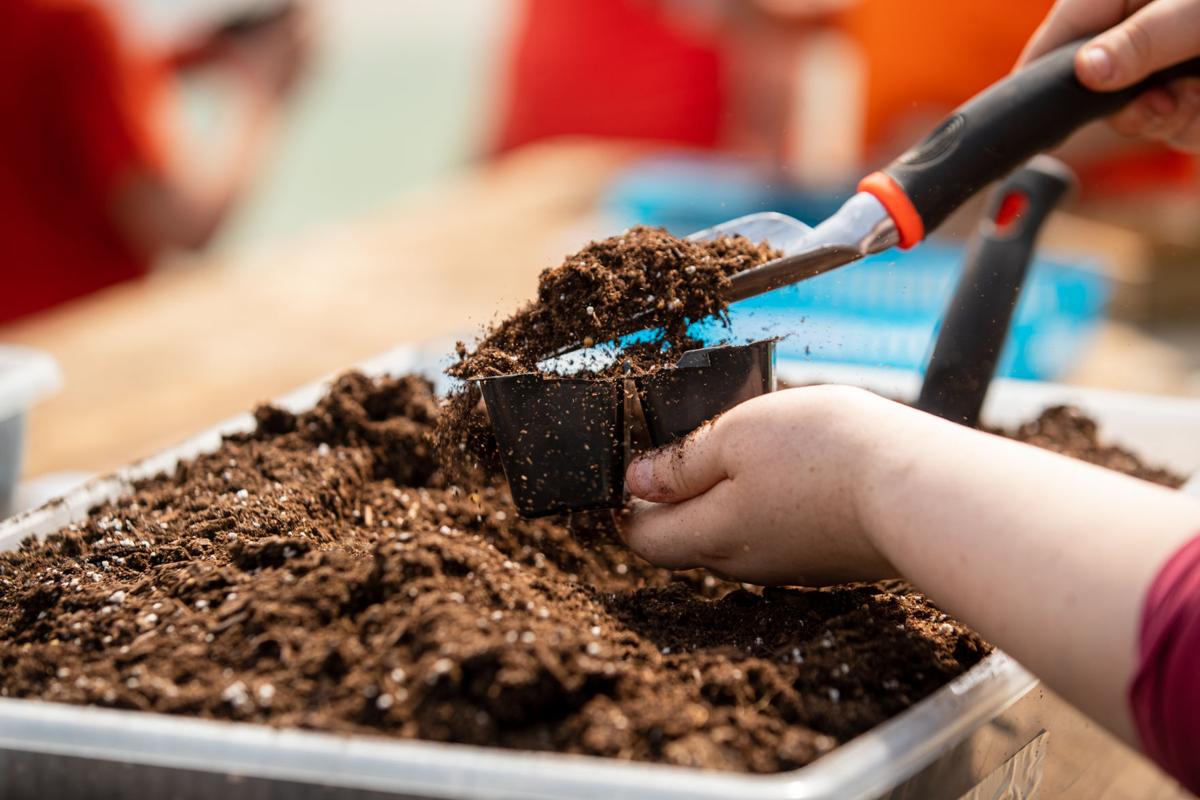 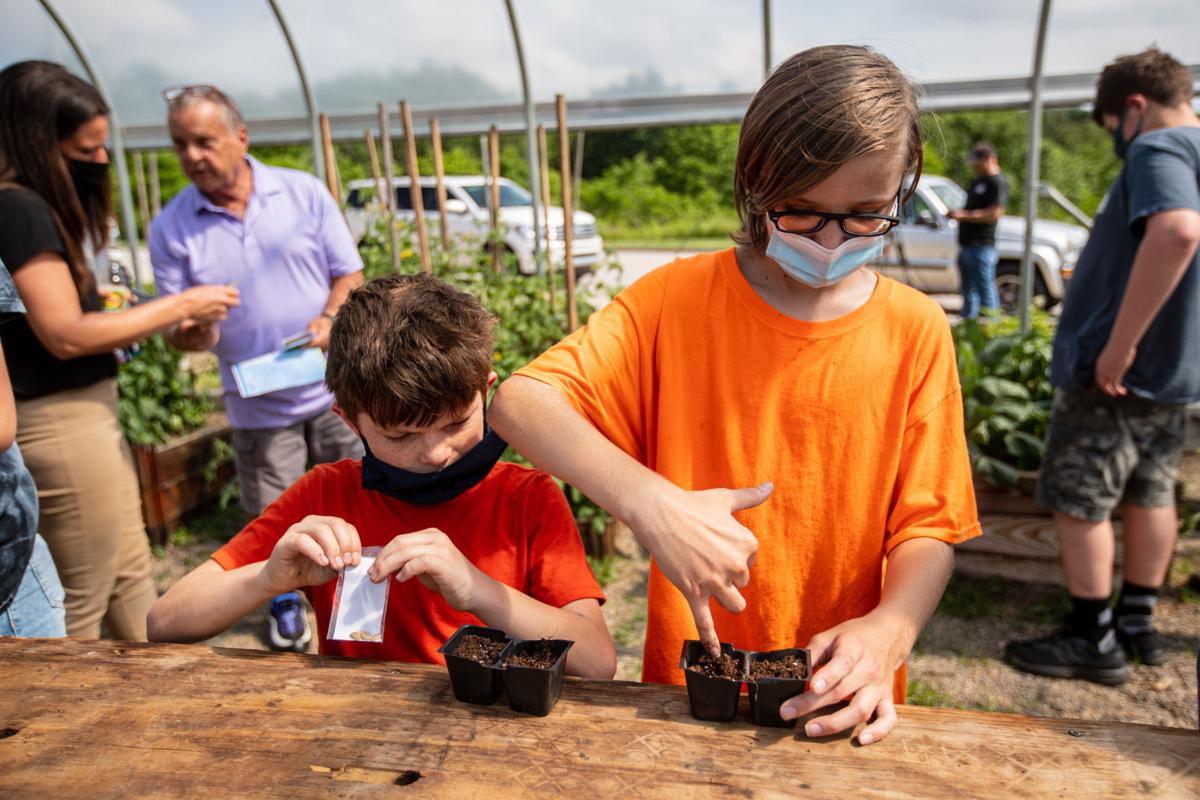 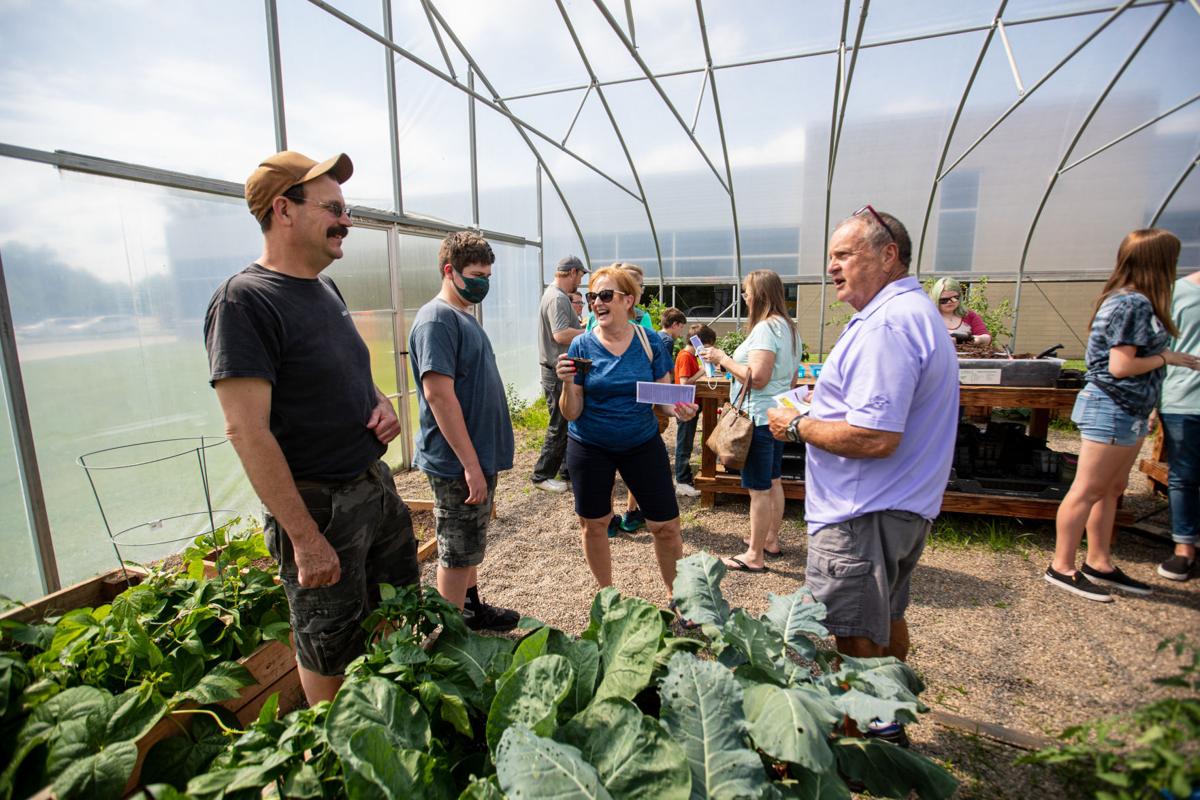 HUNTINGTON — Huntington East Middle School students kicked off the last week of school by showing off what they’ve been working on lately.

The soil had run dry in the school greenhouse, which hadn’t been used in recent years after the agriculture course was taken from the available curriculum. But then Miranda Martin, the school’s Career Literacy teacher, reintroduced her students to the greenhouse during a unit she taught this year.

“I tried hard to figure out how in the world to get these kids to do something hands-on that they can take ownership of and to get them outside of the classroom for some new experiences,” said Martin, who teaches eighth grade.

Career Literacy is an English course that focuses on project-based learning. This year, Martin has taught through four different modules that students will learn more about at the high school level — one of those being agriculture.

With that module, which has lasted about nine weeks, Martin tied in the greenhouse and helped the students begin planting a garden. Martin credits the success of the high-tunnel greenhouse project to the kids, not herself, for making it work.

“This has not been me, it’s been the kids that have done everything, and all I’ve had to do is facilitate it,” Martin said. “They have planted a huge garden with almost any kind of garden vegetable you can think of.”

Some of those plants have already been harvested and taken home by either staff or students, but both groups took the chance to show off the greenhouse and what has grown inside it during on open house event Monday afternoon.

His classmate, Cierra King, said being able to see the greenhouse go from dry dirt to a flourishing garden has been a rewarding experience, and she’s grateful for the chance to learn outside of the traditional classroom model.

“Usually when you think of a career (literacy) class, you think of things like teaching or something like that. Now we’re participating and doing things outside of the classroom, and it’s nice and something that the students look forward to doing,” King said.

Martin said she was brought to tears after watching her students contribute for the past several weeks, from those have never gardened to others who had gardened and helped their peers learn.

“It’s just really awesome,” Martin said. “There has been no hesitation from anyone, and it’s been a great thing for them.”

Luke Creasy is a reporter for The Herald-Dispatch. Follow him on Twitter @LukeCreasy or reach him by phone at 304-526-2800.