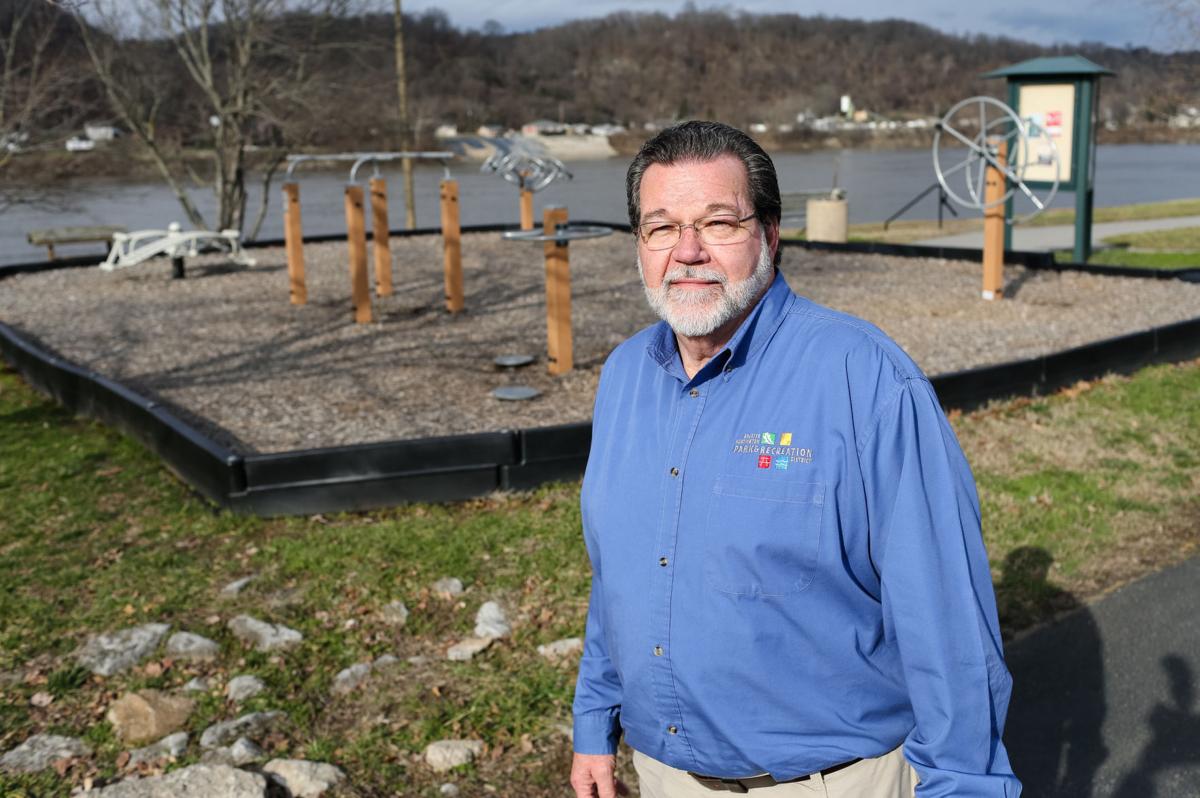 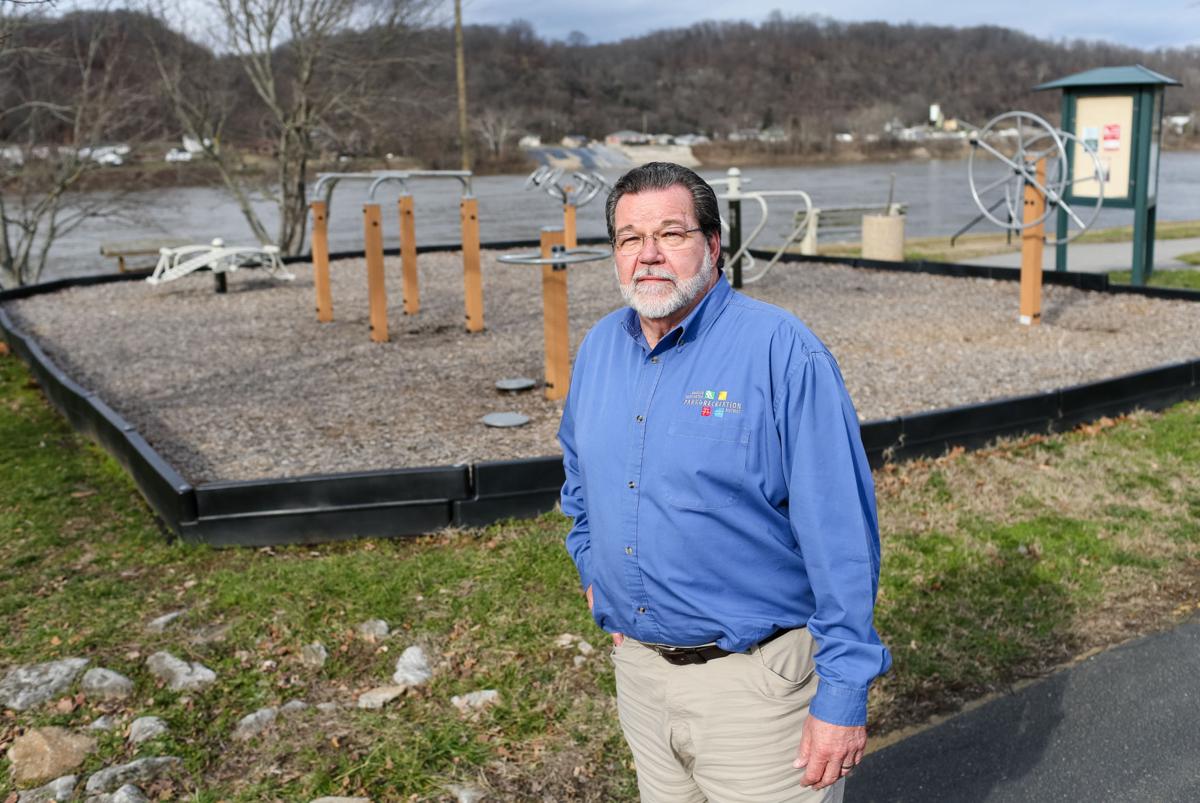 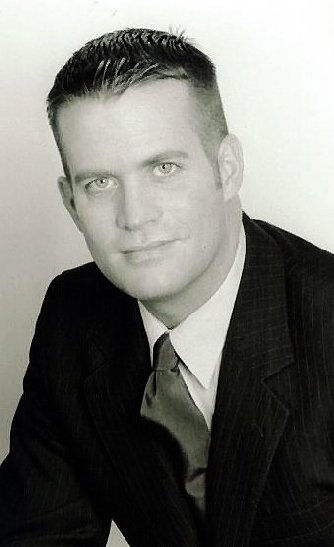 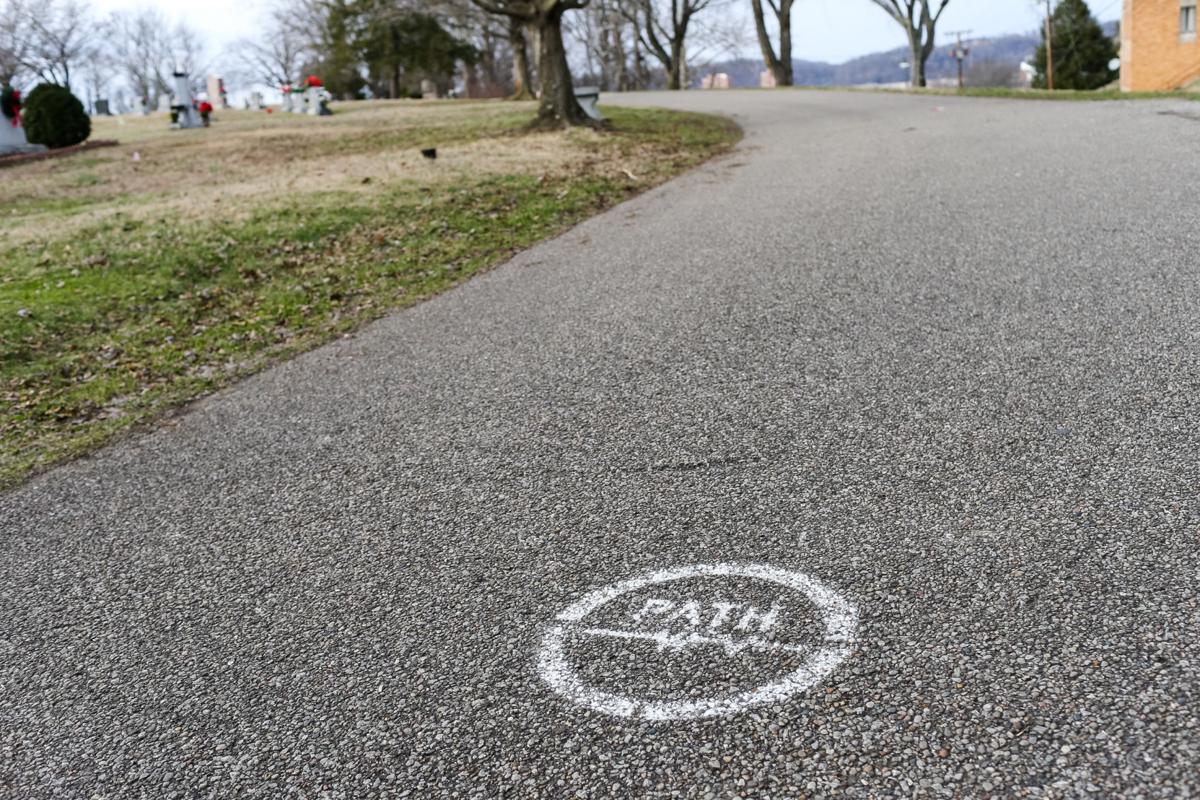 Sholten Singer/The Herald-Dispatch A trail marker is seen along the PATH on Wednesday, Feb. 1, 2017, at Spring Hill Cemetery in Huntington. 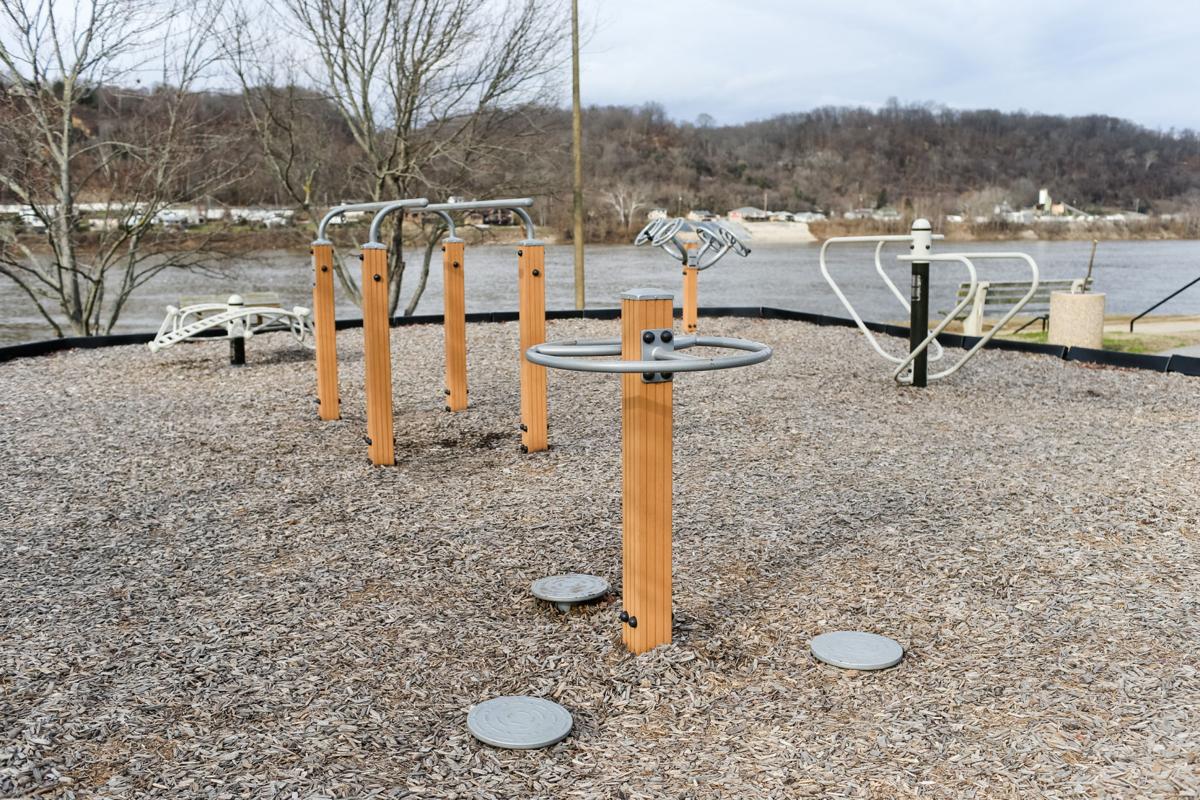 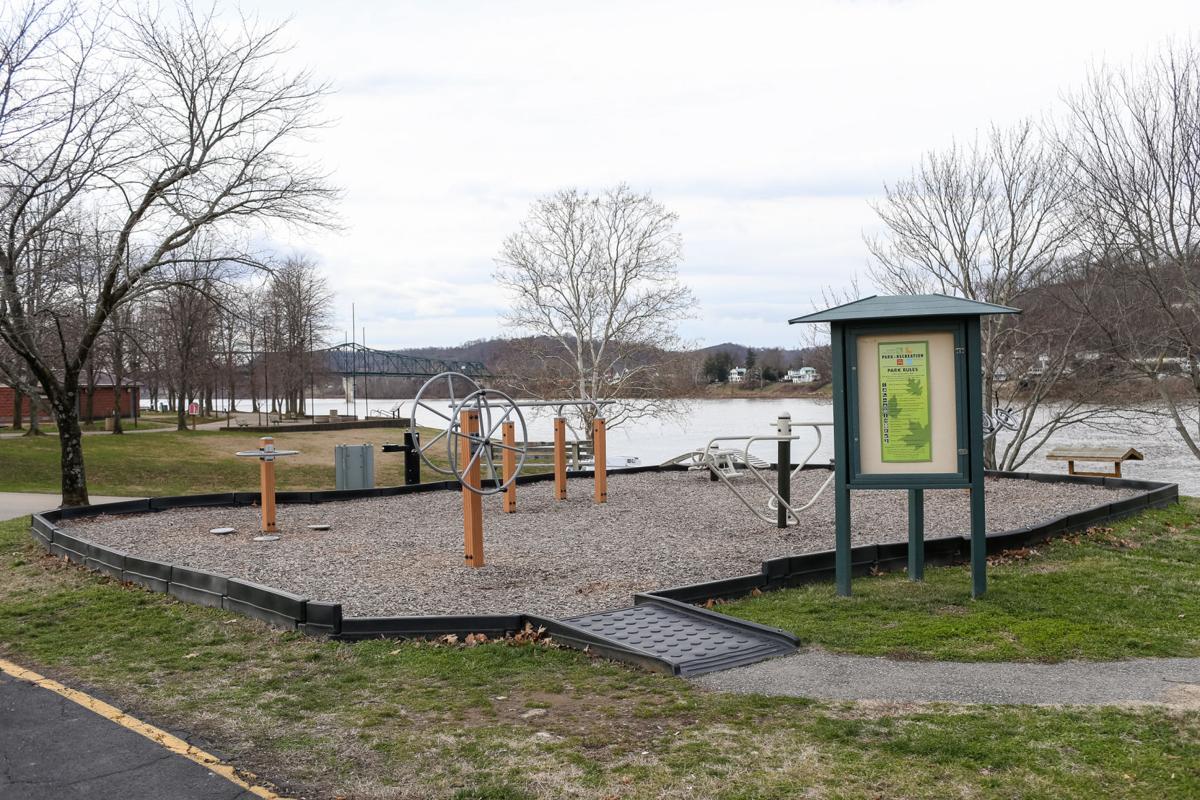 Sholten Singer/The Herald-Dispatch A trail marker is seen along the PATH on Wednesday, Feb. 1, 2017, at Spring Hill Cemetery in Huntington.

HUNTINGTON - A master plan created last year should provide guidance and recommendations for the Paul Ambrose Trail for Health, according to PATH organizers.

"PATH has seen a lot of growth over the years, and figuring out what our next big steps will be is our focus right now," said Breanna Shell, planner for the City of Huntington.

Shell said in May 2015 the city entered into an agreement with the Rahall Transportation Institute (RTI) to create the PATH Master Plan, which was completed in July 2016.

Currently there is a little more than 18 miles of trails for PATH, which is being promoted as a growing bicycle and pedestrian trail system that provides free, healthy recreational and alternative transportation opportunities.

"There are lots of connections that need to be made to existing trail systems," Shell said.

Through grants, sponsorships and individual contributions, more than $4 million has been raised to support the construction and maintenance of PATH, according to Shell.

"There are opportunities to connect sections and continue to achieve the goal of providing access to PATH to all of the neighborhoods in the city," Shell said.

Shell said the city has also applied for a Federal Lands Access Program Grant for completion of the Floodwall Levee trail from Westmoreland to Harris Riverfront Park in the downtown business district.

"This is funding we haven't applied for before," she said. "This would complete an approximately five-mile section. It's opportunities like this we are focusing on to continue making needed connections."

Shell said other priorities include building over a pump station bridge, county line and a river between 31st Street West and 28th Street West.

The plan also calls for a trail or connection between 3rd Street West and Harris Riverfront Park.

"Further connections are being studied for a connection between Harris Riverfront Park, going east, to McClelland Park, in partnership with the Area Wide Planning Highlawn Brownfields Project," Shell said. "Also, a connection from Meadows Elementary to Spring Hill Cemetery, as well as key intersections and PATH connections as outlined in the plan."

Shell said the original vision for the PATH trail network was an approximately 26-mile loop around the city to connect all of its neighborhoods and park systems. Shell said there is also focus on the organization and maintenance plans for PATH.

"We are looking at what are the maintenance needs and responsibilities," she said. "It's complicated by the fact the PATH is on various types of property. I would say the last few years have focused on the administration part of the plan, and we are looking forward to moving forward with the master plan."

"We are currently investigating bringing back Friends of PATH, or something similar, to engage the community in clean up, maintenance days and assistance," Shell said.

Shell said those involved with PATH are also working on advice from the League of American Bicyclists Report Card.

"We received honorable mention, and we are aiming to reapply and get a certification," Shell added. "We also recently established Bike and Pedestrian Advocacy Coalition, People Powered Huntington to advocate for and support a bikeable and walkable Huntington."

After a promising young physician from Huntington was killed at the Pentagon in the terrorist attacks on Sept. 11, 2001, the Huntington community came together with the physician's family to create a unique living memorial.

Dr. Paul Ambrose, the namesake of PATH, was dedicated to family health and preventive medicine to fight obesity, and the trail system is a way for his efforts to continue to have an impact in Huntington, according to his parents, Ken and Sharon Ambrose.

"It's a work in progress, and we are extremely pleased with what has been done so far," said Ken Ambrose.

"PATH is a living memorial that people use daily," said Sharon Ambrose. "It is most appropriate for the things Paul was doing. He was very passionate about improving the health of our nation. It has done the things we had hoped it would do, such as increasing the overall health of the community and getting people out and using it."

Through grants, sponsorships and individual contributions, over $4 million has been raised to support the construction and maintenance of PATH, according to Kevin Brady, executive director of the Greater Huntington Park & Recreation District.

Sharon Ambrose said the trail has many beautiful sections and the goal is to get them all connected.

"We will continue to work toward that goal, but everything that has been done over the past 15 years has been amazing," Sharon Ambrose said.

"The entire project has been a great team effort," said state Sen. Bob Plymale, D-Wayne, board member on the Rahall Transportation Institute Foundation. "We now have a master plan that will assist in prioritizing projects along the trail system."

Ken Ambrose said his son Paul, a Barboursville High School graduate, received his undergraduate degree from Marshall University and his medical degree from the Joan C. Edwards School of Medicine.

After graduation from medical school, Paul Ambrose took a one-year position as national legislative director of the American Medical Student Association, lobbying for health policy change and educating medical students regarding health issues. He completed his family practice residency at Dartmouth, where he collaborated with faculty to develop a new five-year fellowship, combining family and preventative medicine and physician leadership, which were later named in his honor. He then earned a master's in public health from Harvard and also spent a year studying health care in Spain.

Paul Ambrose was senior clinical adviser to former U.S. Surgeon General David Hatcher and served as the senior scientist in federal research on the escalation of obesity in the United States.

On Sept. 11, 2001, Paul had just completed the final edit on the Surgeon General's Call to Action to Prevent and Decrease Overweight and Obesity and was en route to attend an adolescent obesity conference in Los Angeles when terrorists crashed his plane, American Airlines Flight 77, into the Pentagon.

The Ambrose family, in partnership with the Rahall Transportation Institute Foundation, the city of Huntington and the Greater Huntington Park & Recreation District, designed PATH to serve as a central walking, jogging and cycling trail to allow recreational opportunities for residents and visitors.

"Paul would have loved to see a new trail system established in his hometown," Sharon Ambrose said. "The trails are a way for his efforts to live on."