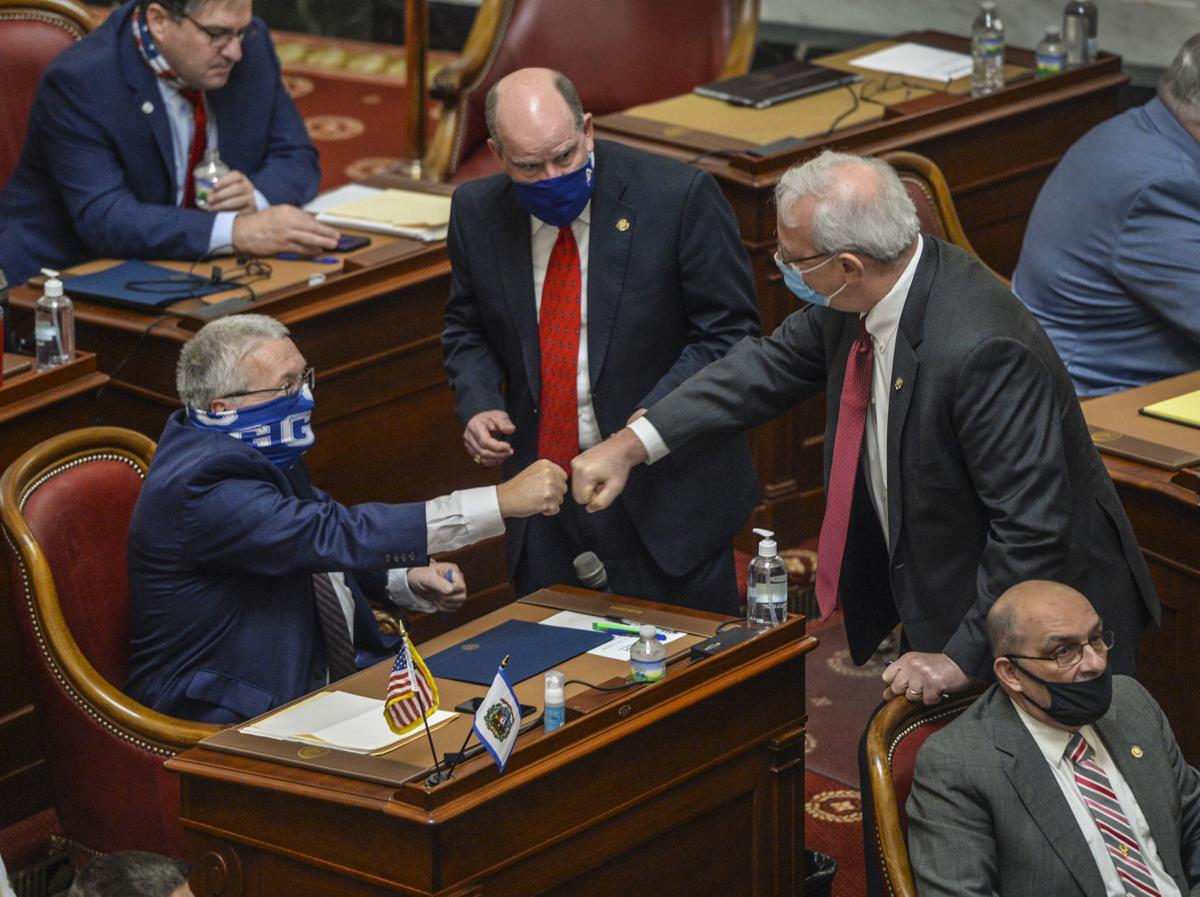 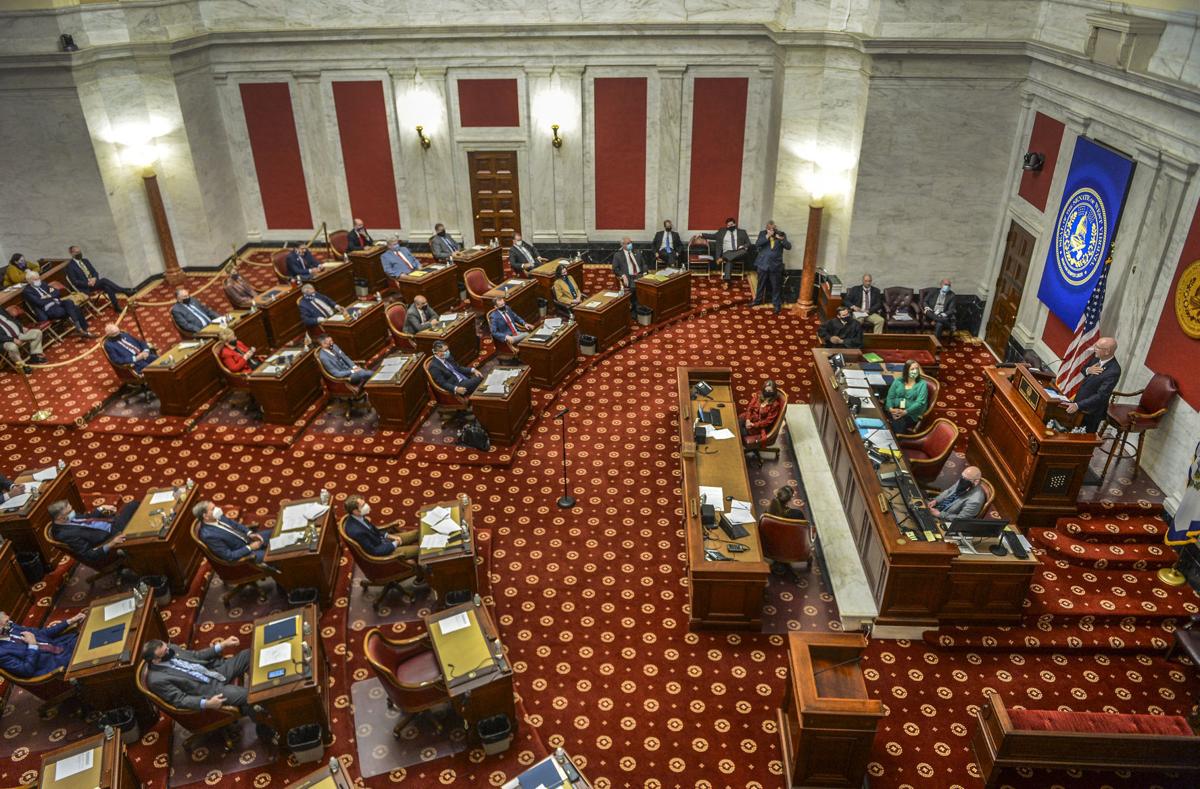 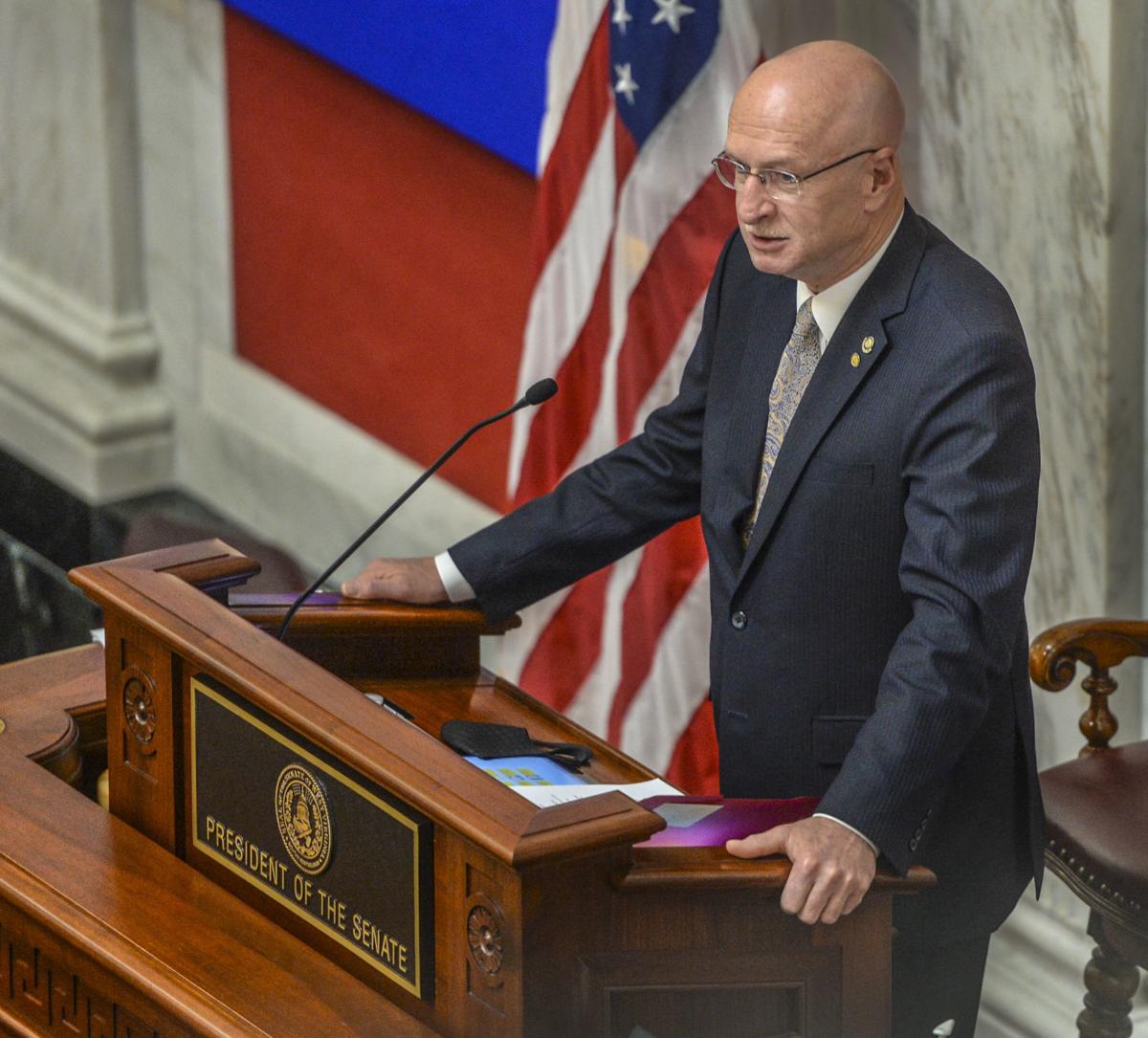 “We’ve been changing how we do business in West Virginia the last six years,” Blair said in his acceptance speech, referring to when Republicans took control of the Senate and House of Delegates. “The tide has changed, and it’s coming in for West Virginia.”

Blair said his goal is to increase West Virginia’s population by 400,000 over the next 10 years. In the past five years, the population has dropped by about 34,000, according to U.S. Census Bureau data.

Blair said Wednesday that phasing out the income tax will be a key to attracting throngs of people to West Virginia.

“Now’s the time to step on the accelerator, speed up the opportunity for change in West Virginia,” he said.

In 2017, as Senate Finance chairman, Blair was a key advocate for legislation to phase out the income tax. That bill would have replaced lost income tax revenue with a broad-based 8% sales tax, eliminating current exemptions for professional services and for other goods and services that currently are untaxed.

The plan passed the Senate, but it died in the House over concern that it would shift tax burdens to lower- and middle-class households, would cause a multiplier effect raising costs of goods and services, and would create state budget shortfalls exceeding $1 billion a year.

Blair was first elected to the House in 2002 and elected to his third four-year term in the Senate in 2020. On Wednesday, he pledged to work with the House and Gov. Jim Justice, as well as with the Senate’s 11 Democrats, who now are opposite a Republican supermajority.

In a show of bipartisanship, Senate Minority Leader Stephen Baldwin, D-Greenbrier, moved that nominations be closed and Blair be elected president by acclamation. Traditionally, members of the minority party nominate the minority leader for president.

As Senate Finance chairman, Blair, 61, noted that he purposefully omitted sponsors’ names from bills on the agenda, with the intent of advancing quality legislation regardless of sponsorship.

During his address, Blair displayed some early inspirations, including an autographed photograph that then-Gov. Arch A. Moore Jr. gave him in 1972, as well as a “White Glove Award” earned as an employee at KFC.

The first session of the 85th Legislature met Wednesday for a one-day organizational event. It then recessed until Feb. 10, as required by the West Virginia Constitution in years following gubernatorial elections.

CHARLESTON — With experience under their belts, the delegation of lawmakers representing Cabell County could be the example of how to navigate…