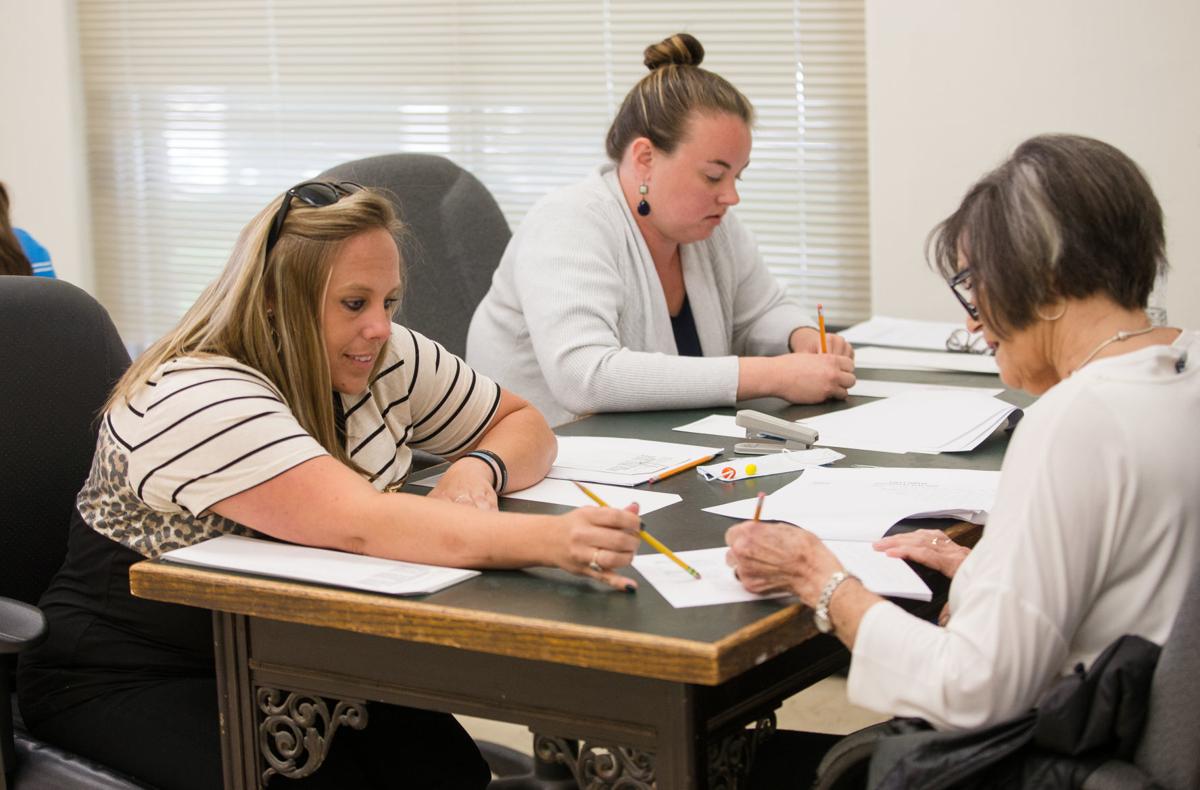 Election officials work to canvass the primary election on Monday, June 15, at the Cabell County Courthouse in Huntington. 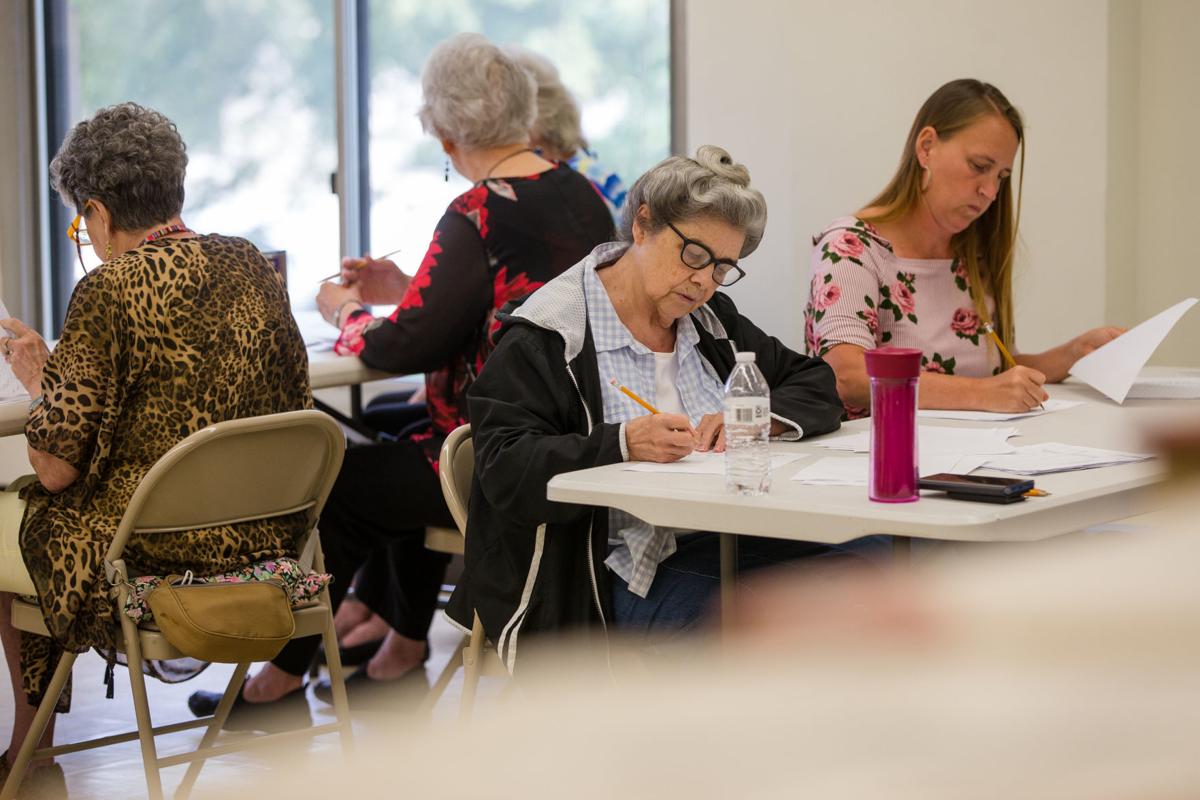 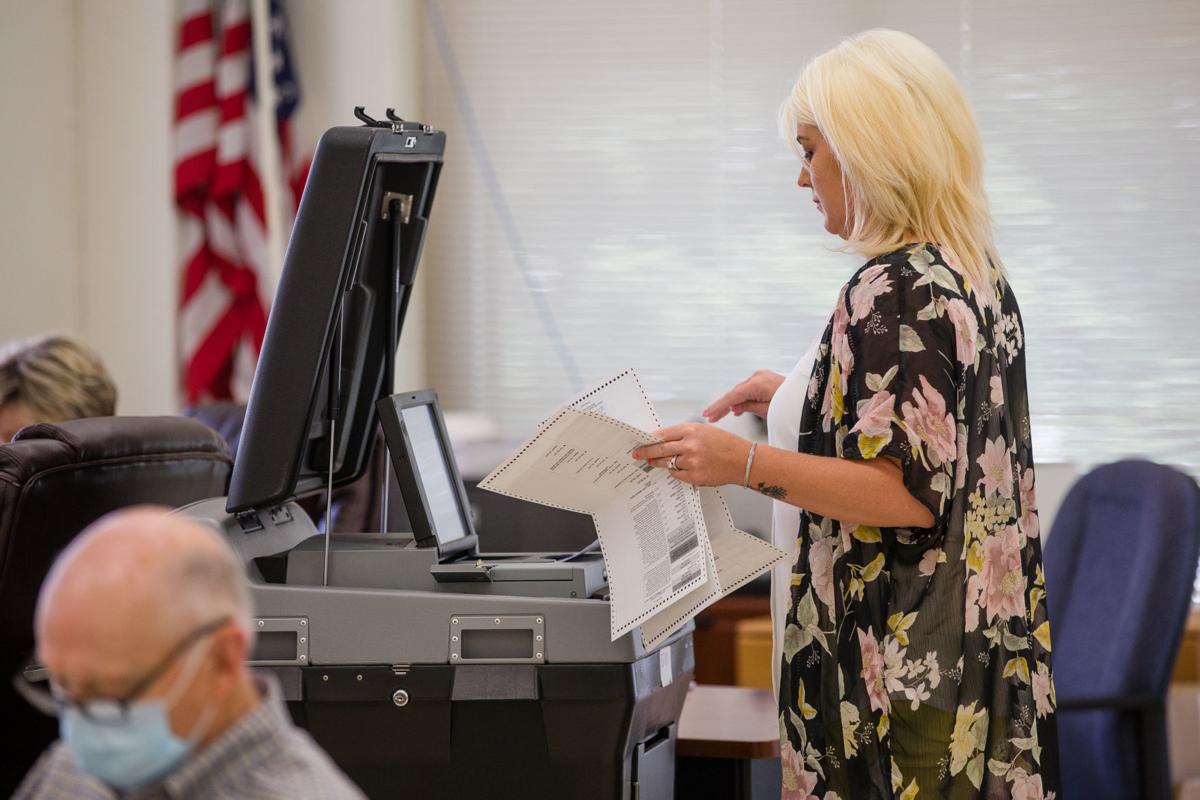 Election officials work to canvass the primary election on Monday, June 15, at the Cabell County Courthouse in Huntington.

HUNTINGTON — Absentee ballots are causing canvassing of last week’s primary election to be different than those in the past, according to Cabell County Clerk Phyllis Smith.

The change has been attributed to the COVID-19 pandemic, which allowed all voters the right to request an absentee ballot. Absentee ballots postmarked June 9 that were received by June 15 can be counted.

“While most of the more than 10,000 were counted prior to June 9, we had over 900 that we were counting today and it makes it harder for the clerk’s office to deal with such a large increase,” Smith said.

A voter’s ballot becomes provisional for several reasons that indicate a ballot might not have been legally cast. Two reasons described in state law include an issue with a voter’s signature and a lack of proper identification at the time a person votes.

“County commissioners and two ballot commissioners have to go over those provisional ballots to see if they meet the legal requirement to be approved and if not they disapprove them,” Smith said.

The canvassing process also includes auditing ballots at three precincts in the county by hand-counting them to make sure the vote counts match the voting machine counts, Smith added.

“Despite all the challenges this primary election has brought, we remain hopeful we can finish up sometime today,” she said.

Cabell County Commission President Nancy Cartmill says canvassing is a proceeding required by law in which the materials, equipment and results of an election are reviewed, corrected and officially recorded prior to the certification of that election.

State law holds that each county commission serves as a board of canvassers for their county elections, and the election has to be certified within 30 days after it took place.

“We have to allow 48 hours for any candidate to ask for a recount before we can finish up this process,” Cartmill explained. “Then it is certified at a county commission meeting. We don’t know at this point in time when we will be able to do that because we have to wait those 48 hours and if we get a recount request then we have to do that before the election can be certified by the county commission.”

The West Virginia Secretary of State’s Office showed there were 18,175 total ballots cast in Cabell County among 57,125 registered voters for a 31.82% turnout.