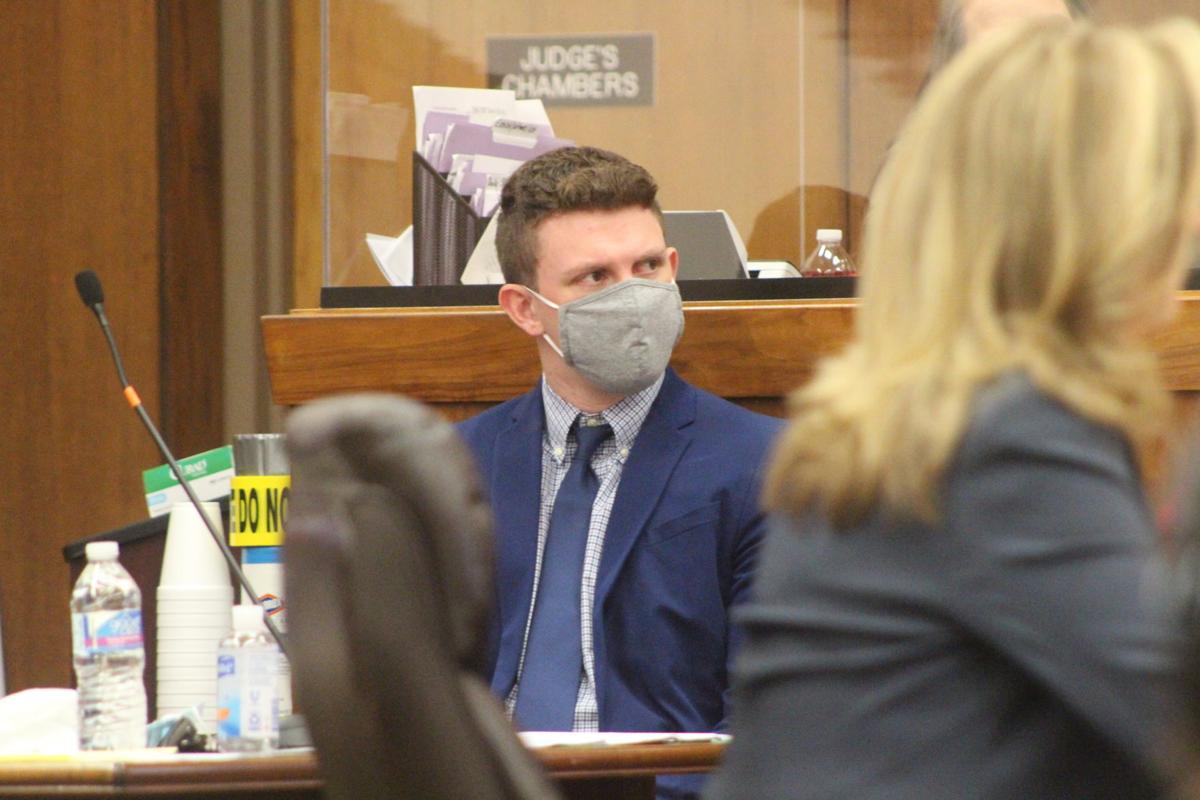 Joseph Chase Hardin, 23, who was charged with four counts of second-degree sexual assault, appears Aug. 17 in Cabell Circuit Court at the final day of his trial. 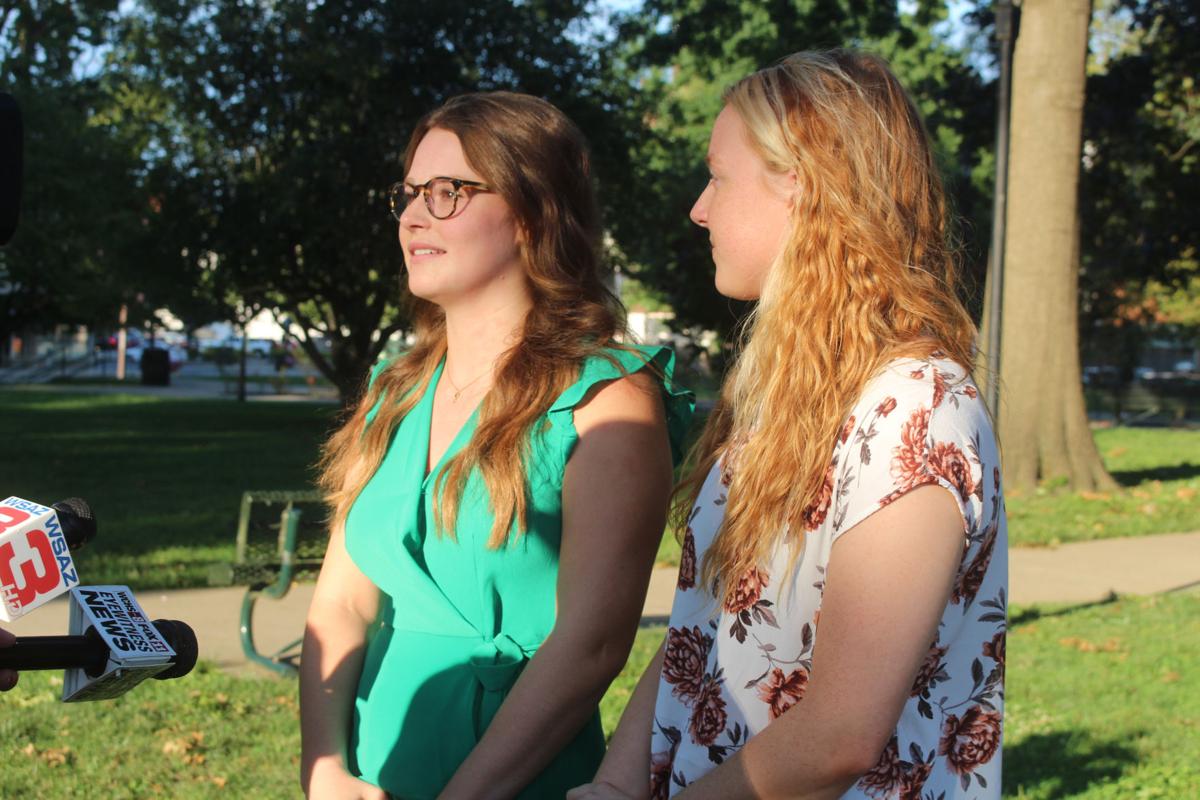 Ripley Haney and Frankie Crabtree, who were named as victims in the rape trial for Joseph Chase Hardin, 23, speak to media outside the Cabell County Courthouse on Aug. 17. 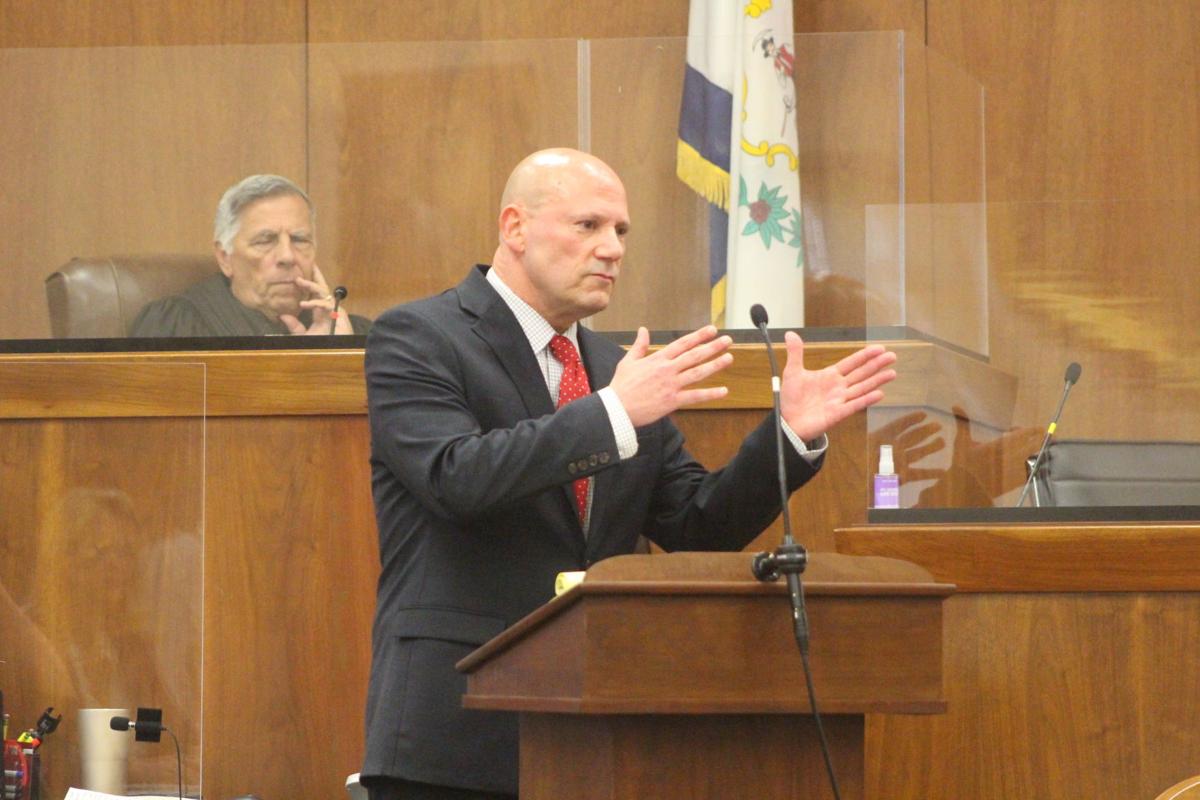 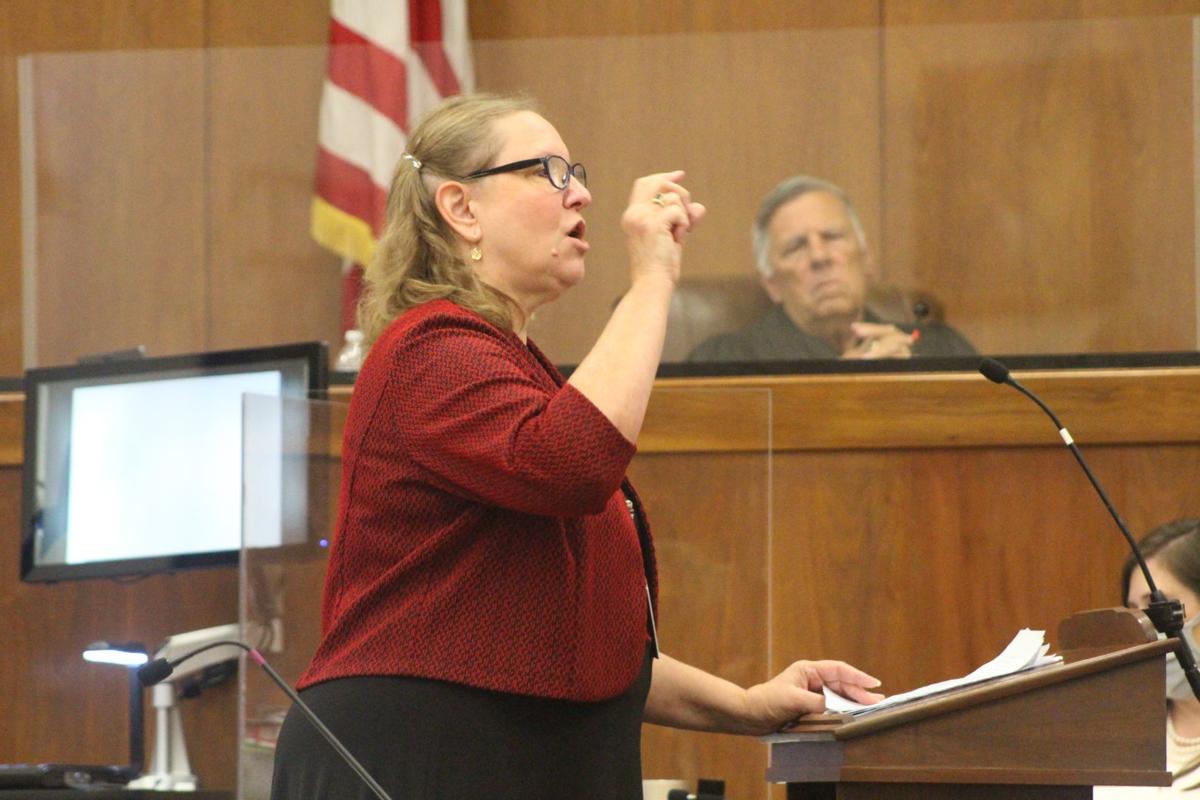 Joseph Chase Hardin, 23, who was charged with four counts of second-degree sexual assault, appears Aug. 17 in Cabell Circuit Court at the final day of his trial.

Ripley Haney and Frankie Crabtree, who were named as victims in the rape trial for Joseph Chase Hardin, 23, speak to media outside the Cabell County Courthouse on Aug. 17.

HUNTINGTON — Jurors have determined that a Huntington man already convicted of battery in one sexually motivated case raped a second woman, while finding him not guilty in a third similar incident.

Joseph Chase Hardin, 23, was found guilty of two counts of second-degree sexual assault for the rape of Ripley Haney, his first accuser, but not guilty of two additional counts for the rape of Frankie Crabtree, his second. The Herald-Dispatch typically does not publish the names of sexual assault victims, but both women spoke to the media on the record after the trial.

After his conviction, Hardin was escorted from the courthouse through a side door into a Cabell County Sheriff’s vehicle and media were not able to photograph him.

Although Hardin was only convicted of raping Haney, his first accuser in this case, Crabtree said she still felt vindication in making Haney’s case stronger. It’s the first time their names have been published and they said they felt amazing to not be defined as victims any more, but as survivors.

Haney said she has no regrets coming forward, even after having to testify to her rape for more than six hours.

“People say ‘You’re so strong’ and ‘You’re so brave,’” she said. “It’s so hard to believe that when you feel so weak and torn down.”

“I feel powerful. Powerful. That would be the word to describe what I feel right now,” Crabtree added. “I feel like I did that and nobody can take that away from me.”

Hardin’s first accuser, Alicia Gonzales, who also has gone on the record by name, was in court Monday to witness the conviction. Haney and Crabtree said it felt amazing to finish what she had started. Gonzales said she had been waiting five years for justice and Monday’s verdict helped her get that.

At his Sept. 15 sentencing, Hardin will face a penalty of up to 10 to 25 years in prison for each of the two counts for which he was convicted.

He faces at least a minimum of 10 years in prison before he is parole eligible. Defense attorney Kerry Nessel said he felt both sides did an exceptional job, but the defense just fell short this time.

“I’m still a little on edge here,” he said. “I feel bad for Chase and his family, but in that same vein, I hope both alleged victims find happiness in the future.”

Nessel said there are plans to appeal the case based on hearsay and character evidence.

“Chase has his faith in God and continues to maintain his innocence and will continue to do so.”

Closing arguments in the trial took place Monday after four previous days of testimony from Hardin, Haney, Crabtree, investigators and a handful of others.

Following the verdict, which was announced at about 6:30 p.m., Hardin’s bond was revoked and he was set to be taken into custody.

Haney was the first to report her rape, which she said occurred Oct. 7, 2018, in the parking lot of a local museum. Crabtree came forward after reading the first victim’s blog and said she was raped Sept. 1, 2018, at The Village Apartments in Huntington.

Those incidents occurred while Hardin was serving probation for misdemeanor battery in another sexually motivated case.

Both women testified they had consented to some acts with Hardin, but told him to stop when they were uncomfortable, which he did not do.

Hardin testified last week he believes the women reported he assaulted them because they were upset he didn’t leave his girlfriend for them. He said he had been warned they were “crazy,” but did not listen.

Nessel said the case was one of he-said, she-said, which in itself gives enough doubt for Hardin to be acquitted. Negligence did not equal intent, he said.

“Did Chase intend to do what these women said he did? No,” he said.

Nessel said if anything, Hardin, who also was represented by Abe Saad, was guilty of being a jerk to women, but he wasn’t on trial for being that, nor for being a bad boyfriend.

Assistant prosecutor Sharon Frazier said jealousy would not have led the women to publicly talk about their sex life in detail like they had been forced to do for the last two years.

“This didn’t happen because things got carried away mutually between two people,” she said.

“This happened because the defendant got carried away.”

Frazier implied if the accusers had made a devious plan to ruin Hardin’s life, they would have come up with a better, more believable story.

The women met Hardin within a week of each other and their assaults occurred within weeks. Frazier said Hardin used his status as an upperclassmen to manipulate them.

Nessel said text messages sent by Hardin and the women before the incidents shows a mutual attraction and want to have sexual intercourse with each other.

Hardin admitted to having sexual encounters with the women on the dates they said, but said he asked for their consent prior. Both women came on to him, he claimed, and the women did not yell, ask him to stop, cry, bleed or act like anything was out of the ordinary during or after the incidents took place.

The women said they had asked him to stop several times, and that they bled heavily after their encounters.

Haney and Hardin built their relationship on a love for Christ and their mutual attraction to each other. She had made her wishes to remain a virgin clear to him, he testified.

She testified Hardin said he could have sex with her if he wanted to and kept requesting consent, but she didn’t give it. She estimated she told him to stop 50 times.

He testified he slipped a couple times, but never entered her. Huntington police detective Matt Null testified he said otherwise and that had entered her twice for about half a minute each time.

Frazier said Hardin’s interview with Marshall University officials downplayed the event, because he was given more time to create a better defense. First it was an accident when speaking with police and then when he talked to university officials, it didn’t happen.

Frazier asked the jury to take time during their deliberation to think about the difference between a slip and dozens of seconds.

“He has to say it’s an accident because otherwise he (...) raped her,” she said.

Crabtree said she had been raped after inviting Hardin to her Village apartment to watch a movie.

Assistant prosecutor Kellie Neal said Crabtree had guilt that she hadn’t come forward about Hardin sooner. When she read Haney’s blog, she knew she had to come forward to stop similar incidents from happening again, Neal said.

Nessel said Crabtree telling her friends she wanted to have sex with Hardin when they met a couple weeks prior to the encounter showed it was consensual.

Her friends testified she was acting unusual after the event occurred and showing emotion, which was not like her. While testimony from Crabtree and her friends said there was blood on the carpet in her bedroom, Nessel said no record of it exists today.

Nessel said the walls at The Village are thin, and asked why she didn’t scream, ask for help, or even bang on the walls if she was being raped.

“We are trying to make a rational response to an irrational act,” Neal said. “It’s a confusing act. A guy she liked was assaulting her. Thousands of things were rushing through her head.”

Joseph Chase Hardin is escorted from the courthouse