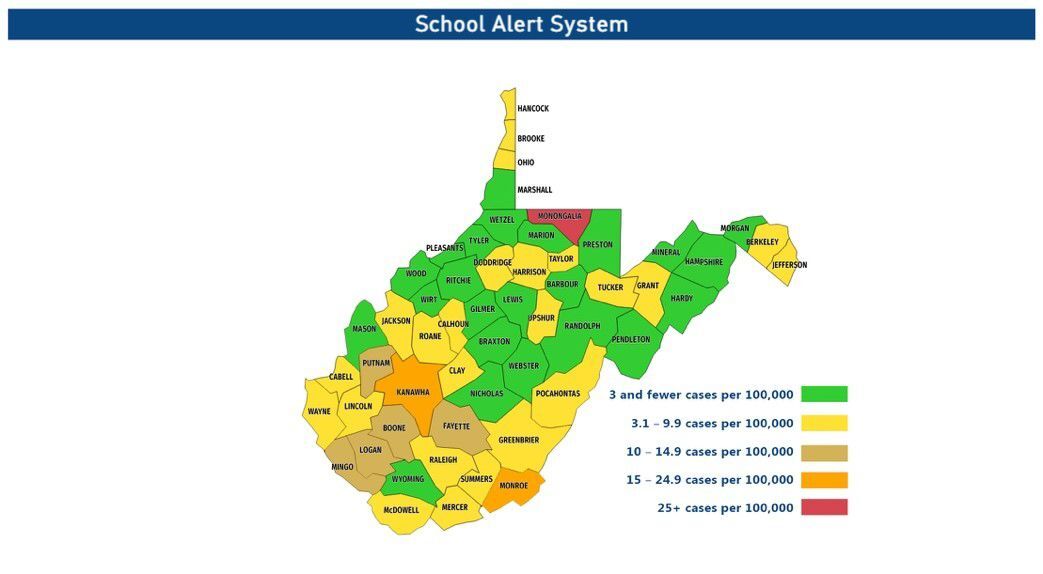 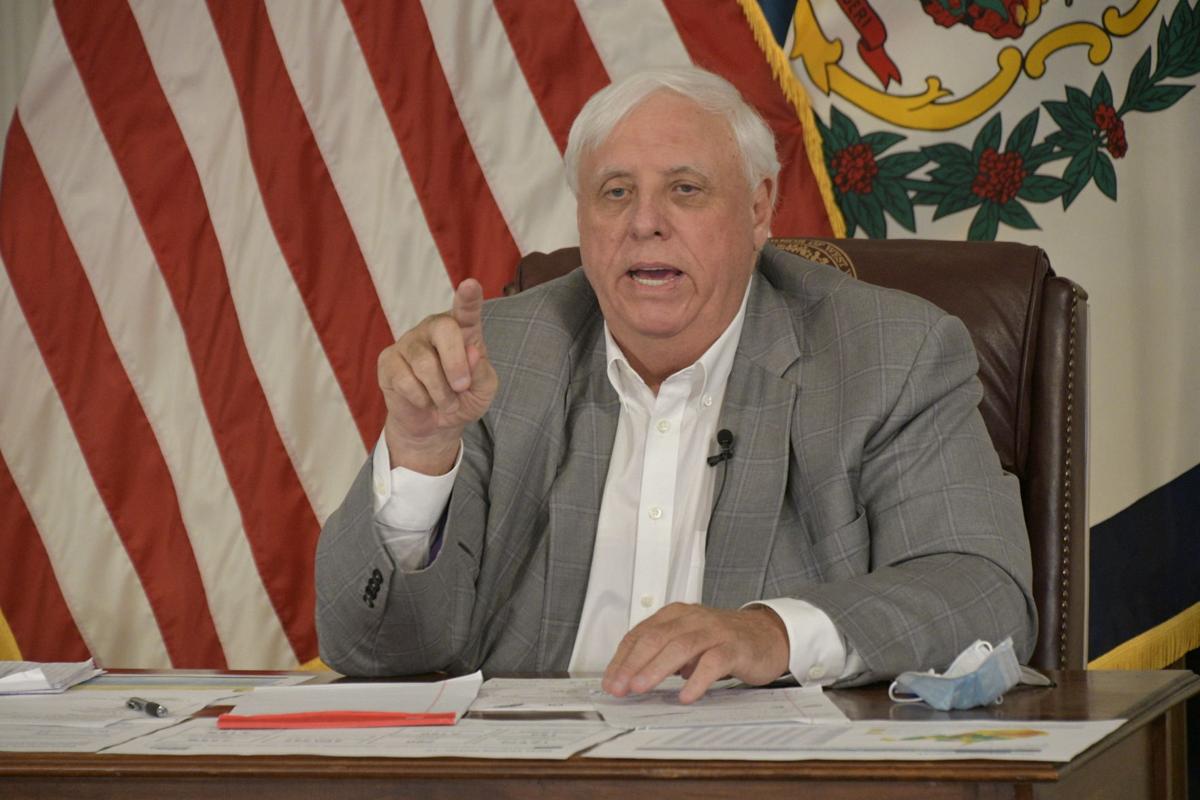 After teasing to it Monday, West Virginia Gov. Jim Justice announced a fifth color to the color-coded county map that dictates what school looks like.

The new color phase is gold, and it will fall between yellow and orange. Counties with a seven-day average between 10 and 14.9 will go gold and will be permitted to attend face-to-face schooling. Masks will be required at all times and large assemblies are not permitted. Schools will also be asked to limit the movement of groups of students.

If by 5 p.m. Saturday a county is still orange, the state will then look at the county’s positive percentage rate over a seven-day rolling period. If the percentage is below 5%, counties in orange can still attend school.

With the changes, now Putnam, Logan, Mingo, Boone and Fayette counties are gold.

“The No. 1 thing for me is this puts more students in front of their teachers, and that’s what is most important for me,” said state superintendent of schools Clayton Burch.

Justice said the “tweaks” to the system were needed because the orange phase was too broad and it wasn’t fair to the counties that were on the edge of yellow.

Dr. Clay Marsh, state coronavirus czar, said they found the color system was actually disincentivizing people to get tested because people are afraid of impacting their county’s color.

“Every time we get a new case, you get a little bit worse on the color-coded map,” Marsh said.

He said he hopes the new color, along with the tool of using the daily percentage rate, will incentivize people to get tested, which will make communities safer.

Justice said the West Virginia National Guard has been instructed to ramp up testing in the state, beginning in the only red county: Monongalia. The governor said he wants to test the people of West Virginia quickly and without any cost to the residents.

“Absolutely please take advantage of the free testing,” Justice said. “It will help give us information and help your county. It will make us safer.”

In Ohio, the Lawrence County Health Department reported eight new cases of COVID-19 on Tuesday, with patients’ ages ranging from 18 to 85. The county has had a total of 574 cases, with 490 out of isolation and 17 deaths.

Statewide, there were 745 new cases reported, for a total of 58,000. Ninety-five of the newly reported cases were from children ages 18 and younger, the youngest being just 27 days old, according to a release from the Governor’s Office.

There were also nine new deaths reported, for a total of 1,074. At least 10,962 Kentuckians have recovered from the virus, the release said.

Do you plan to watch the Huntington-filmed streaming series "Normal for Now" on Amazon Prime?