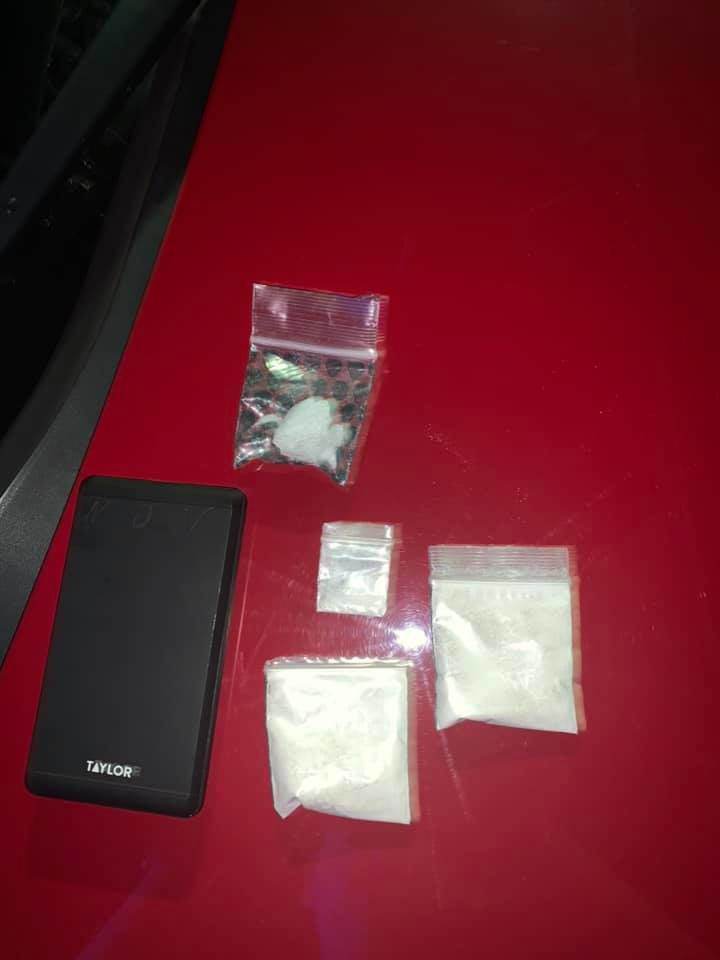 A picture of drugs allegedly found on Jeffrey Carver. 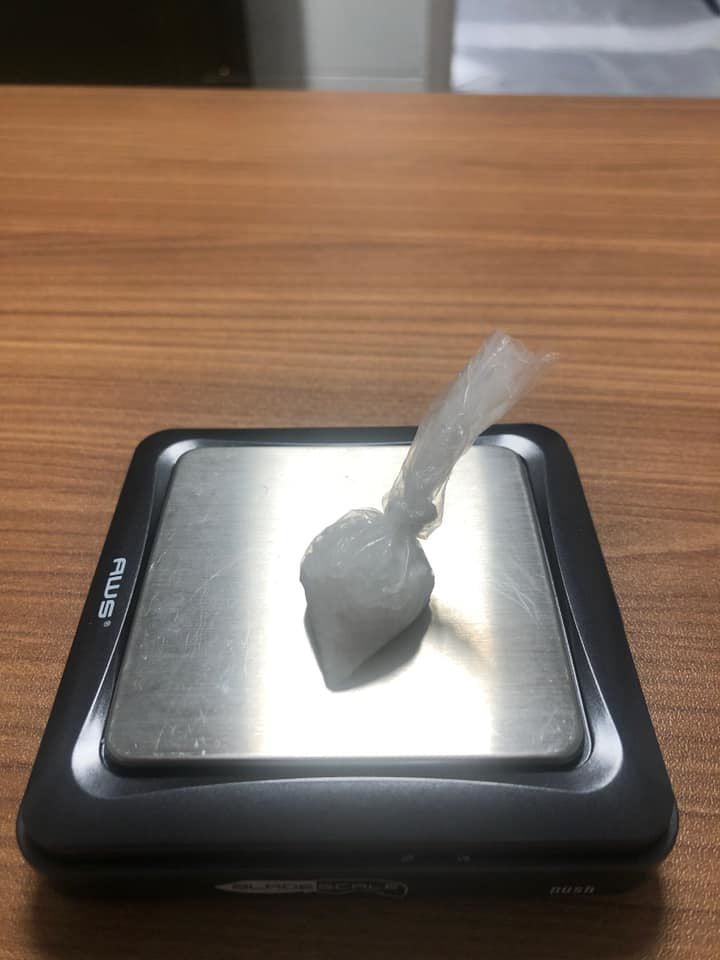 A picture of drugs allegedly found on Mark K. Kirk. 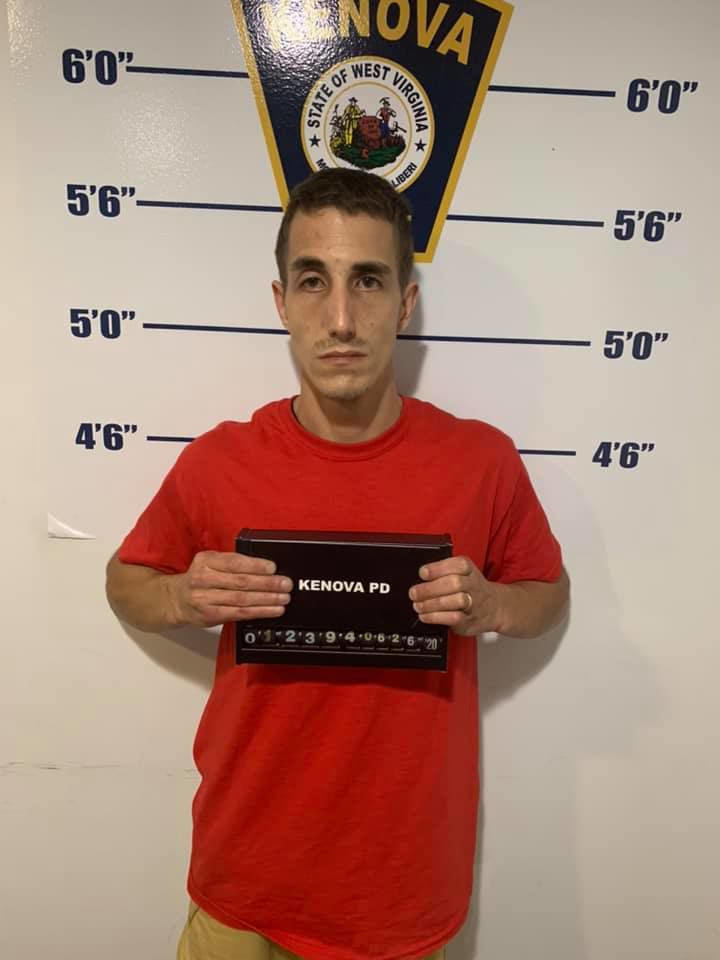 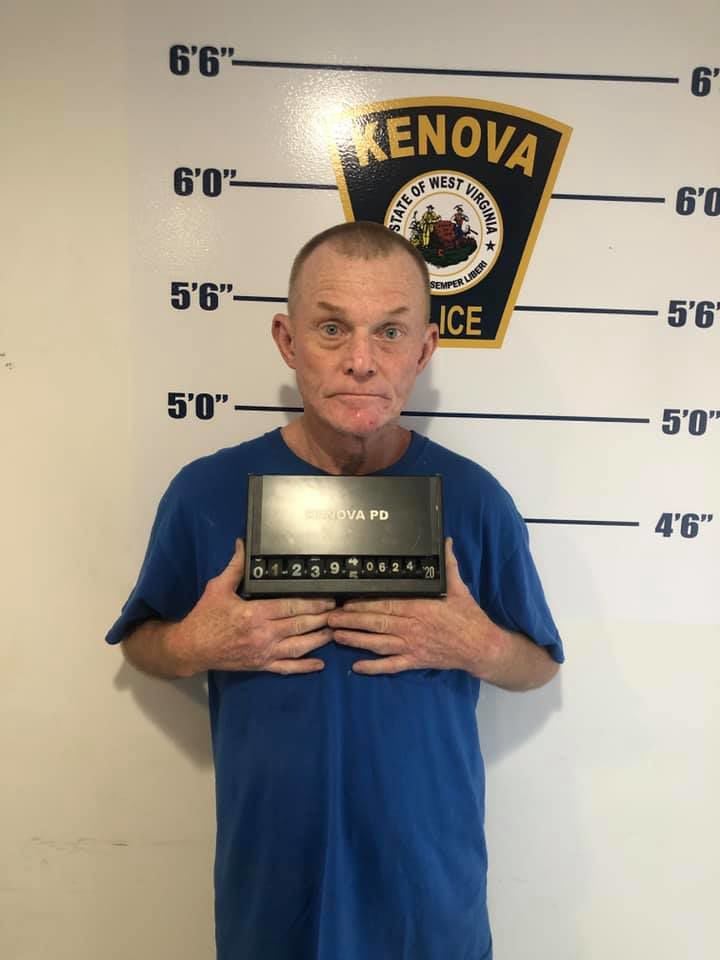 A picture of drugs allegedly found on Jeffrey Carver.

A picture of drugs allegedly found on Mark K. Kirk.

Mark K. Kirk, 58, of Catlettsburg, Kentucky, was arrested Thursday and charged with being a fugitive from justice and possession with intent to deliver a controlled substance.

According to KPD, an undercover deputy with the Boyd County, Kentucky, Sheriff’s Department saw Kirk in Kenova near U.S. 60 and 23rd Street at about noon Thursday. The deputy contacted KPD knowing Kirk had an active warrant.

Kirk was arrested on warrants for drug and firearm charges. During a search, KPD allegedly found a distribution amount of methamphetamine on him, leading to the additional charge.

In a separate case, KPD arrested a man Friday morning after discovering drugs inside a vehicle during a traffic stop.

According to the Kenova Police Department, after officers stopped a vehicle about 1 a.m. Friday along 14th Street in Kenova, they allegedly saw an open container of alcohol and marijuana in the vehicle.

The search was conducted after the driver of the vehicle was questioned and officers found marijuana, heroin, meth, Xanax, drug paraphernalia and scales inside.

Both Kirk and Carver are currently housed at Western Regional Jail in Barboursville.

The Huntington Police Department listed nine new incident reports in the 24-hour period ending at 12:35 a.m. Friday, according to a printout released by the department. However, the individual police reports were not made available, so these are the only known details:

The following information was provided by booking records kept at Western Regional Jail:

Christy Lane Caudill, 37, was jailed at 3:40 a.m. Thursday. Authorities in Cabell County charged her with possession with intent to deliver a controlled substance. She was also jailed on an active warrant from Wayne County. Bond was not set.

Christopher Jason Johnson, 37, was jailed at 12:25 p.m. Thursday. Authorities in Cabell County charged him with being a prohibited person with a firearm and receiving or transferring stolen property. A $35,000 cash-only bond was set.

Jermaine Dwan Johnson, 38, was jailed at 12:25 p.m. Thursday. Authorities in Cabell County charged him with being a prohibited person with a firearm. A $20,000 cash-only bond was set.

Halicia Mebar, 28, was jailed at 11:40 a.m. Thursday. Authorities in Cabell County charged her with possession with intent to deliver a controlled substance and DUI. A $45,000 bond was set.

Christopher Eugene Capers, 32, was jailed at 3 a.m. Friday. Authorities in Cabell County charged him with possession with intent to deliver a controlled substance and a home confinement violation. Bond was not set.

Wesley Otis Beckett, 32, was jailed at 2:45 p.m. Thursday. Authorities in Lincoln County charge him with burglary and grand larceny. Bond was set at $25,000.