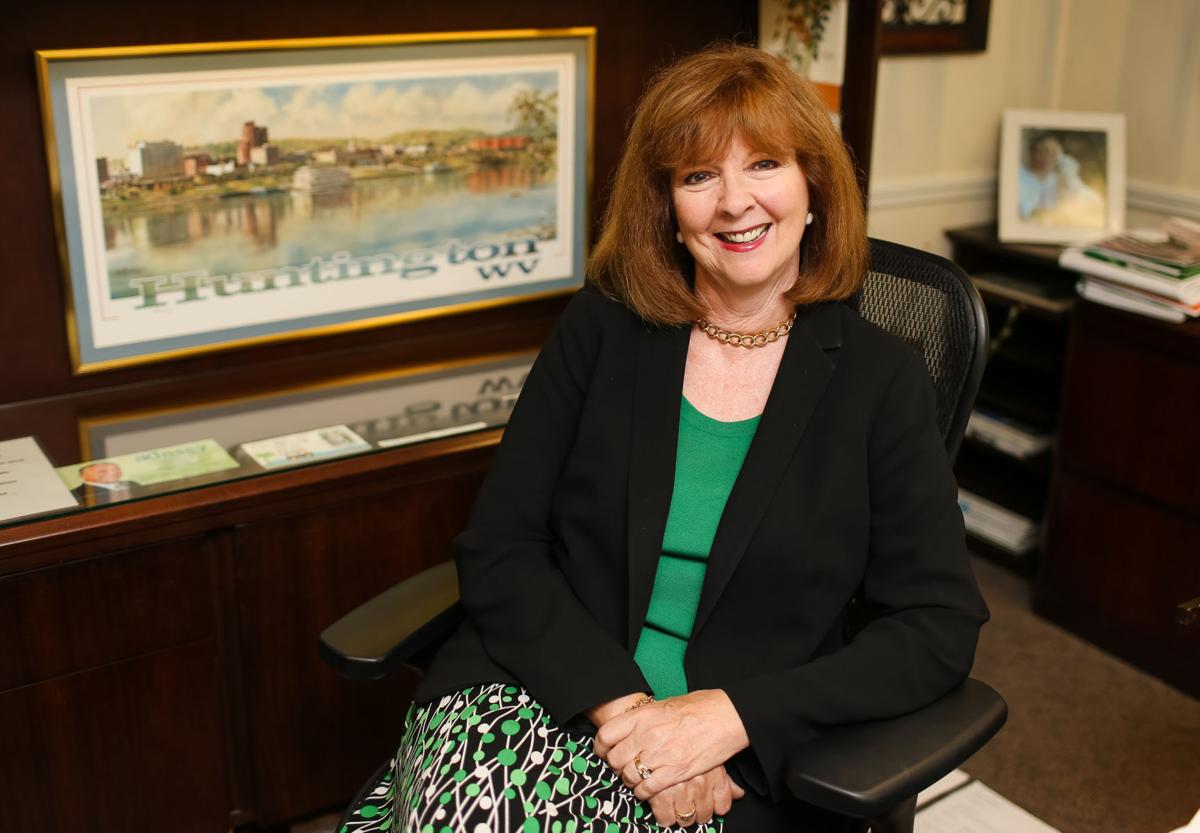 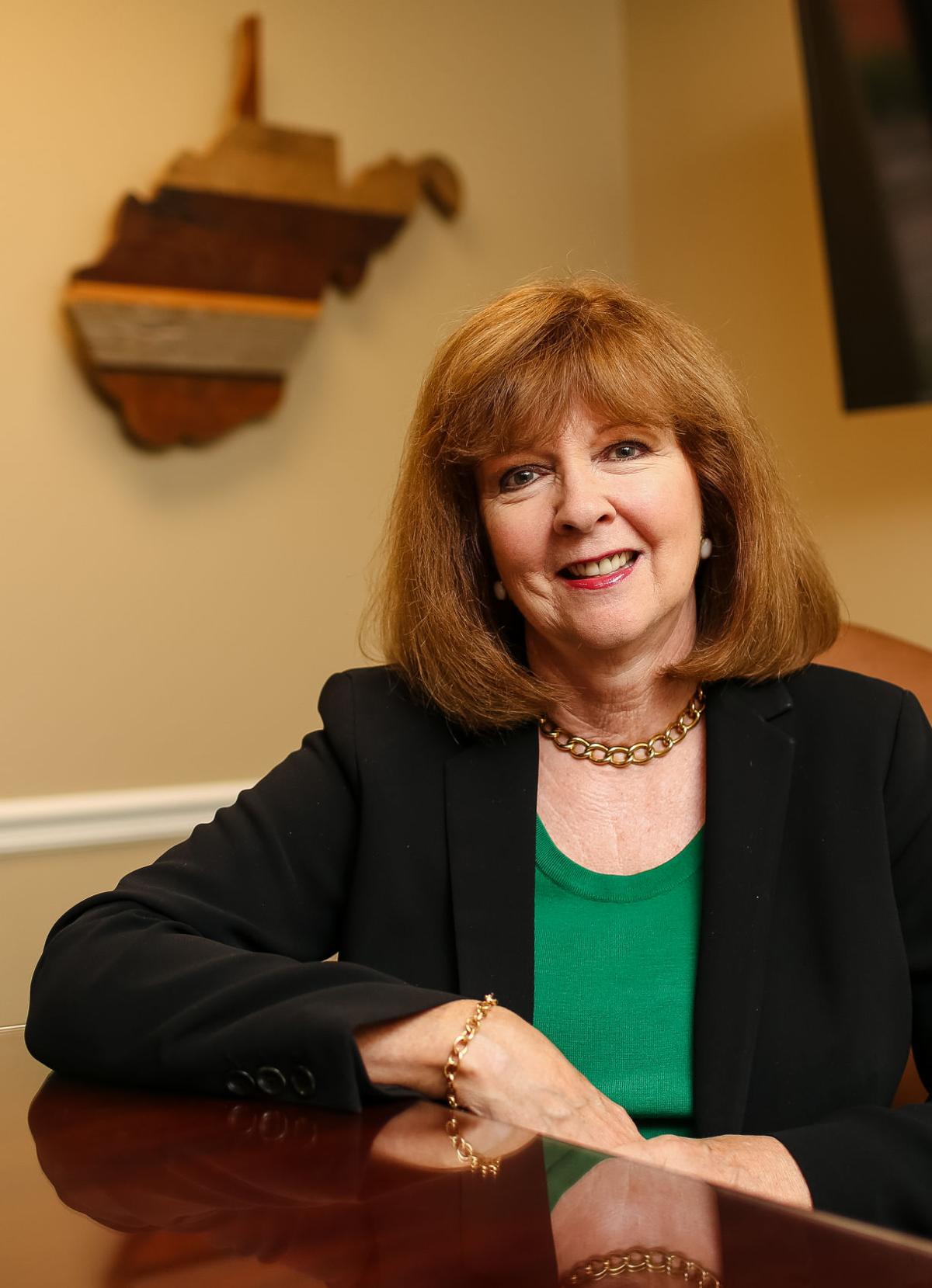 HUNTINGTON - There hangs a quote from Abraham Lincoln in Christie Kinsey's office - not his most famous or well-recited, but one that strikes at her core just as it had her father, who displayed the same quotation in their home when she was young: "I like to see a man proud of the place in which he lives. I like to see a man live so that his place will be proud of him."

Neither a West Virginia native nor a Marshall University alumna, Kinsey has nonetheless cultivated deep roots in Huntington since arriving in 1972. But the Batavia, New York, native, who spent her formative years moving across Ohio and Kentucky, wasn't satisfied simply assimilating to her new permanent home - she quickly felt the tug to participate toward its betterment.

What started by joining the Huntington Junior League when she first arrived has over the years bloomed into leading roles in about a dozen organizations across the city. The duties vary, from helping select Marshall University's newest Yeager Scholars, to volunteering at the Huntington Museum of Art, to organizing fundraising efforts for the Help For Animals clinic.

Kinsey's years of relentless investment in support of the greater good, wherever it might be, have earned her The Herald-Dispatch's Citizen of the Year Award for 2017.

"She is unassuming and she leads through example," said Margaret Mary Layne of Kinsey's nomination. "She's committed in ways that most volunteers are not. I feel like true leadership is based on selflessness, and that describes Christie Kinsey."

Layne, herself a Citizen of the Year recipient in 2009, was just one in a book-sized stack of nominations submitted to The Herald-Dispatch on Kinsey's behalf - all without her prior knowledge.

The support her nomination received, representing a diverse cross-cut of Huntington organizations, is a testament to Kinsey's wide-reaching interests in developing the best out of her adoptive home.

"One of the things about Christie is that she understands that every community has multifaceted needs, and her volunteer efforts have reflected that," Layne said. "She's involved in so many nonprofit efforts because she knows they all have to be strong in order for a city to thrive."

Kinsey, a financial adviser with Northwestern Mutual in Huntington since 1981, serves on the executive committee for the Marshall Board of Governors and the Huntington Museum of Art and is president of the board for Ebenezer Medical Outreach. She just completed a two-year stint chairing the Cabell Huntington Hospital Foundation.

She also founded the Women's Philanthropy Society at Cabell Huntington Hospital. It raises funds to benefit women's and children's issues and presents three awards annually: a Lifetime Achievement Award, a Focus Award for women serving in exceptional ways and a youth service award.

Kinsey has served on numerous other boards across the area, including the Joan C. Edwards Comprehensive Cancer Center, the Junior League of Huntington, Help for Animals and Huntington Junior College.

"Serving others and getting involved in the community has just been in my DNA," Kinsey said. "I really adhere to the spiritual tone that to whom much is given, much is expected."

She was also co-founder of the Women's Caucus for Leadership, along with Weisberg and Cheryl Henderson, and is a member of the Huntington Regional Chamber of Commerce and the Wayne County Economic Development Authority and a deacon at Christ Presbyterian Church. The Kinseys, married for 28 years, sponsor the Tim and Christie Pioneer Scholarship Award for Wayne High School students attending Marshall.

"I have an appetite for getting involved in things that are bigger than my ability," Kinsey said. "I get excited for things folks are doing, and I want to be a part of it."

Like most who find success in their careers, Kinsey had been presented with more than a few opportunities to move elsewhere - some she entertained. Ultimately, her roots had been grounded in Huntington, to which she added speaks much about the community itself.

"I guess I just felt at home here, and it's a tribute to this community," Kinsey said.

With the award, Kinsey receives a grant of promotional space in the newspaper that can be used to promote the charity or nonprofit of her choice.

Each year, The Herald-Dispatch's Citizen Awards program recognizes citizenship, volunteer efforts and accomplishments in business, athletics and the arts.