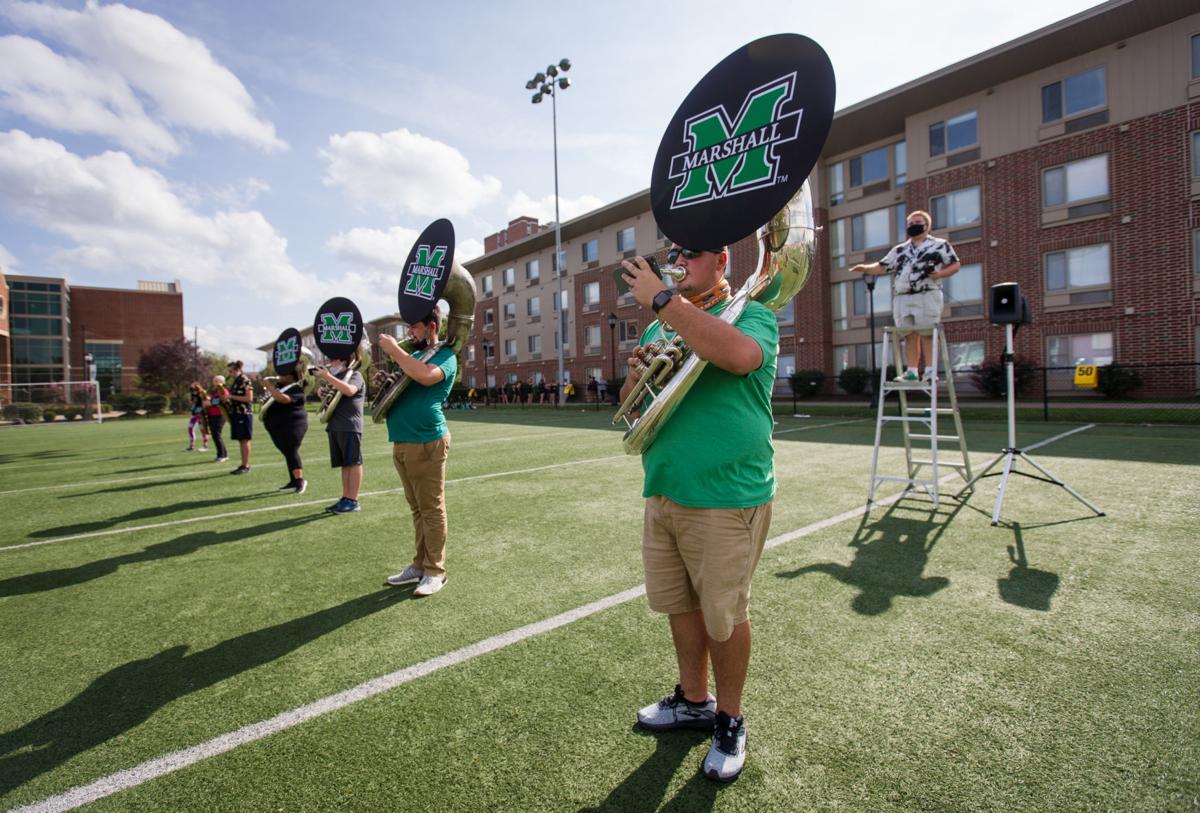 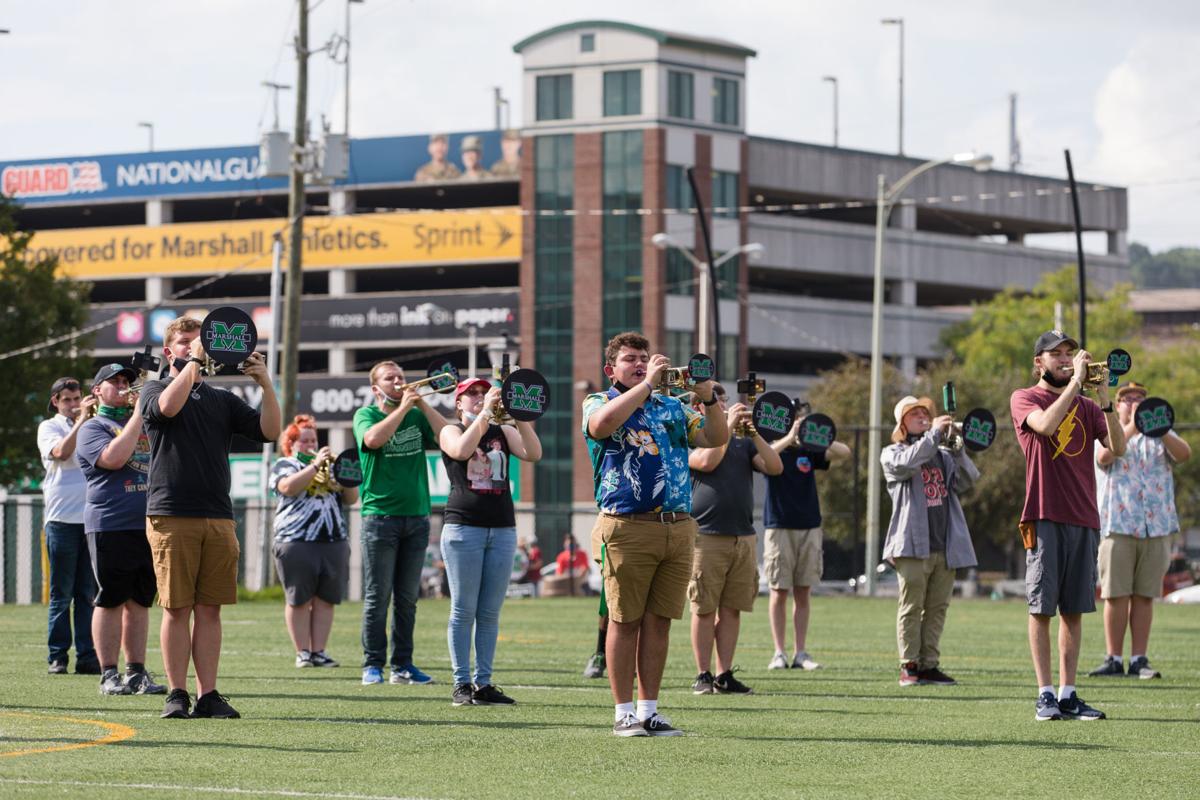 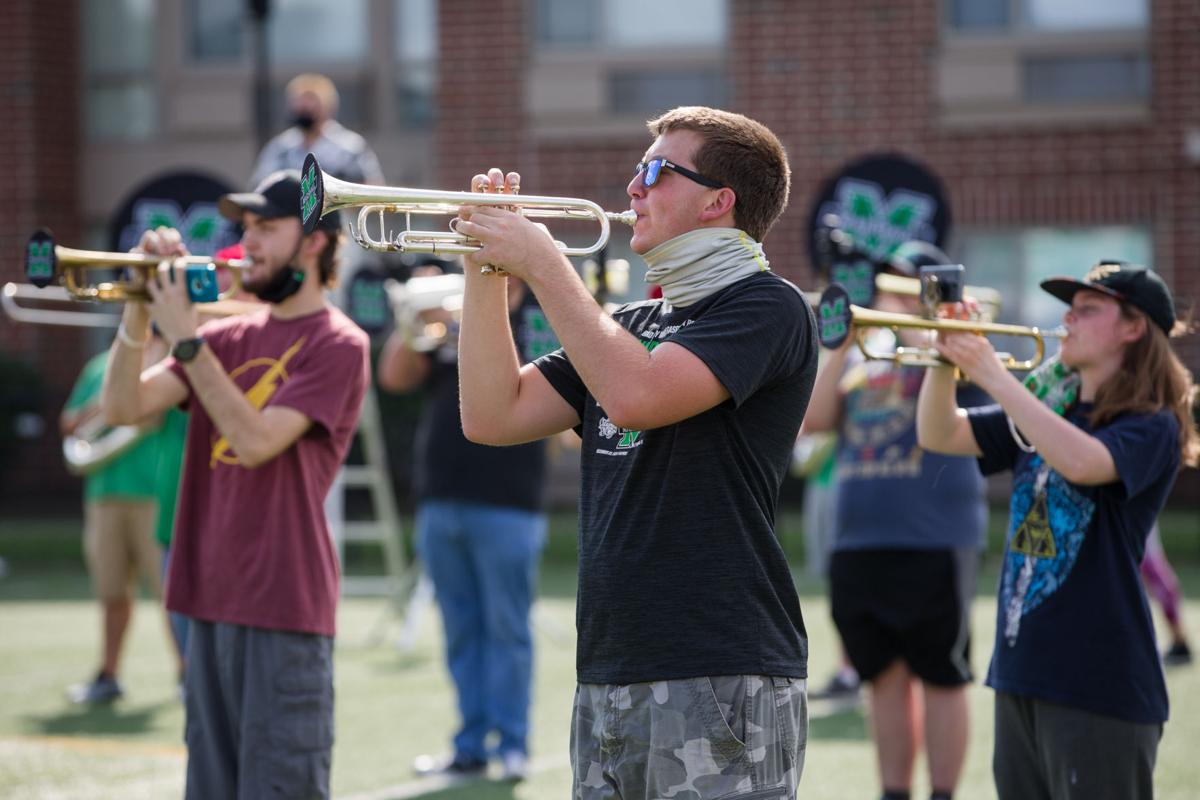 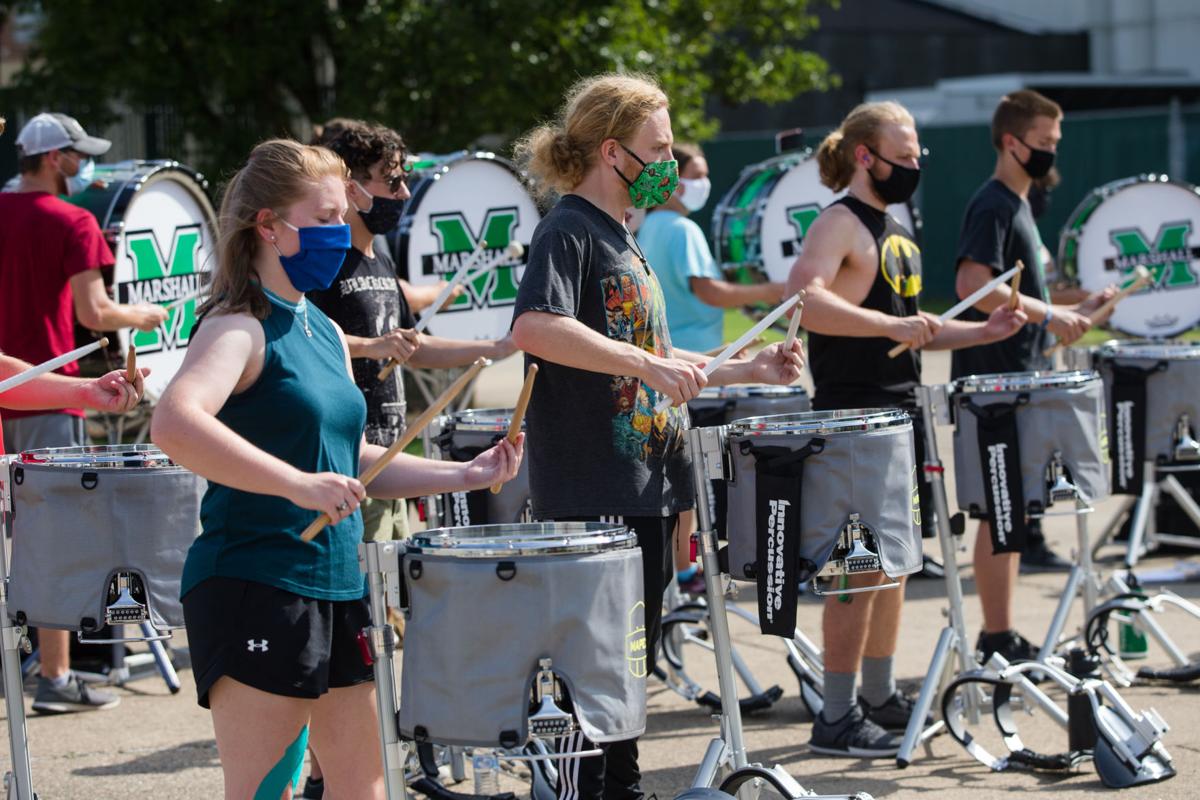 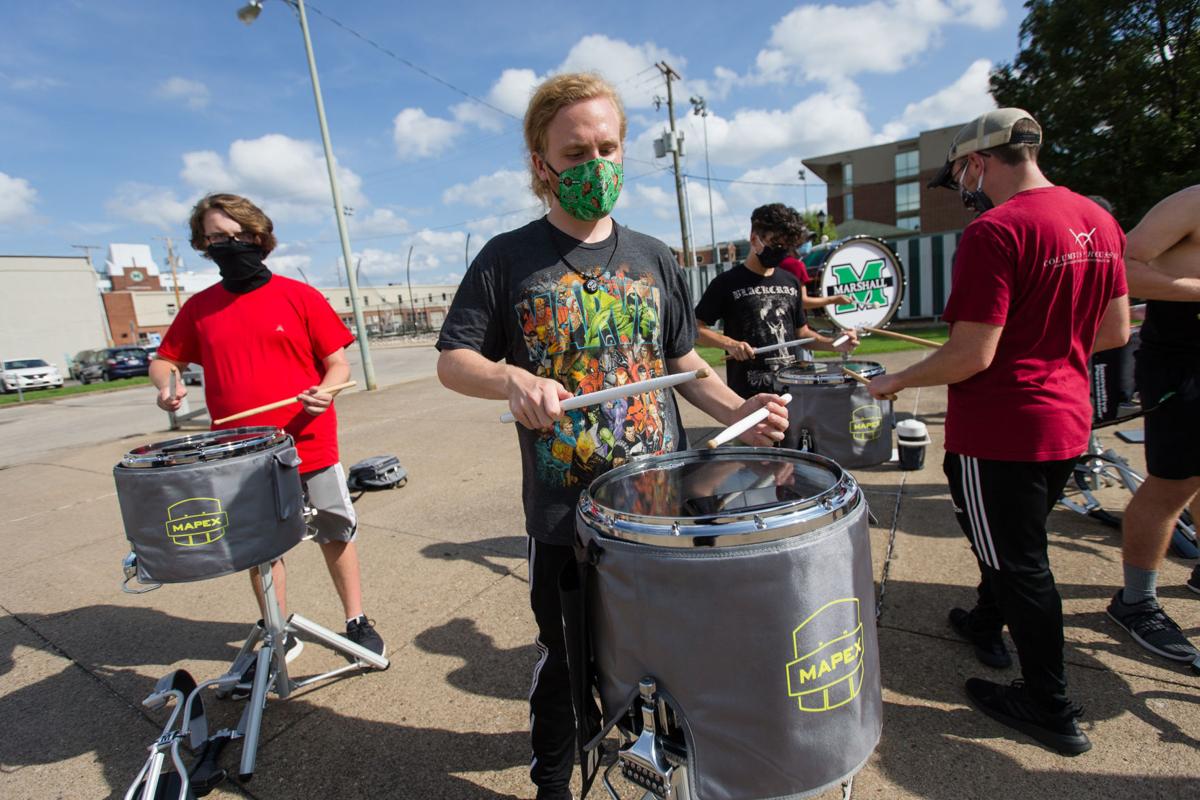 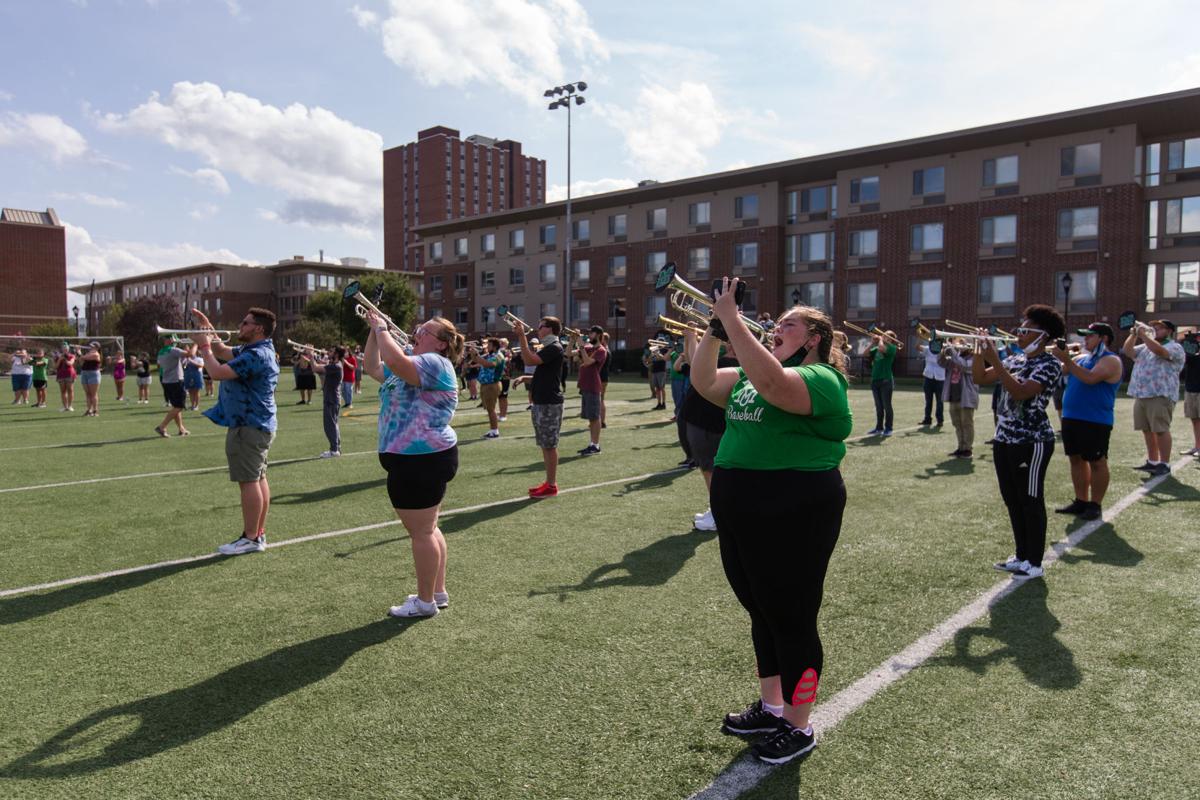 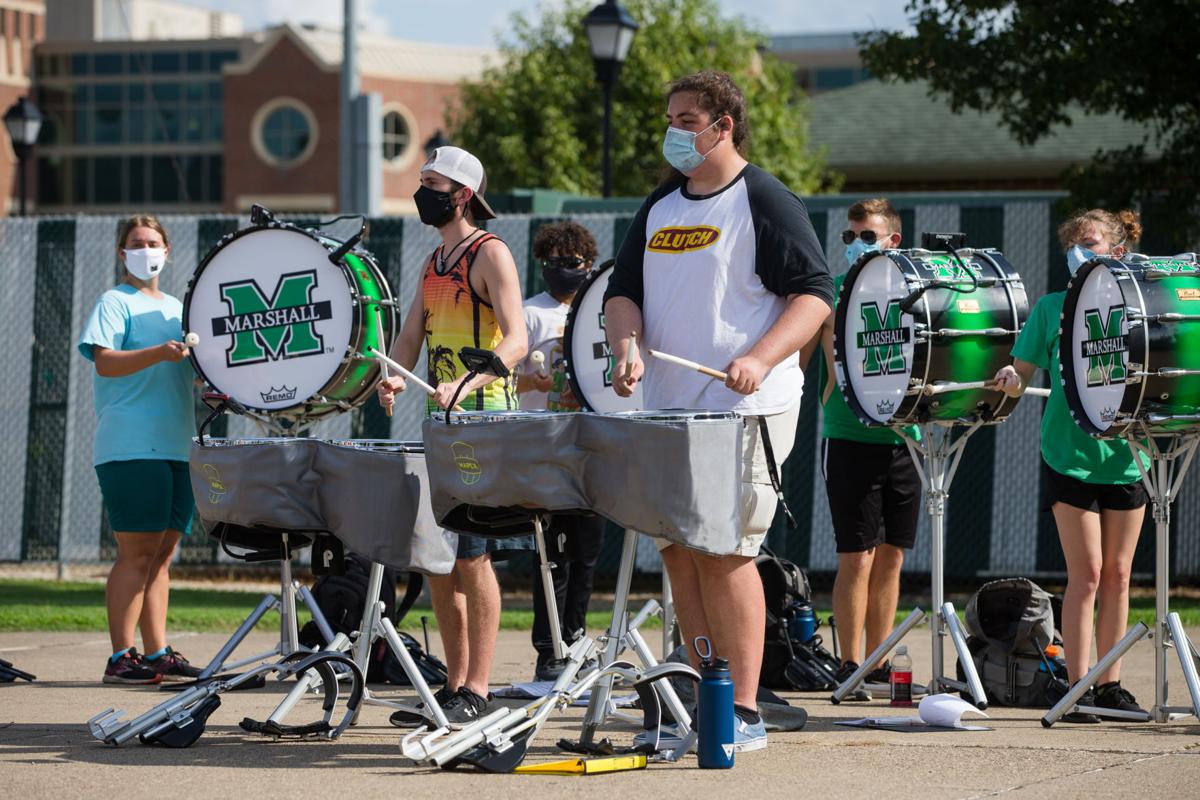 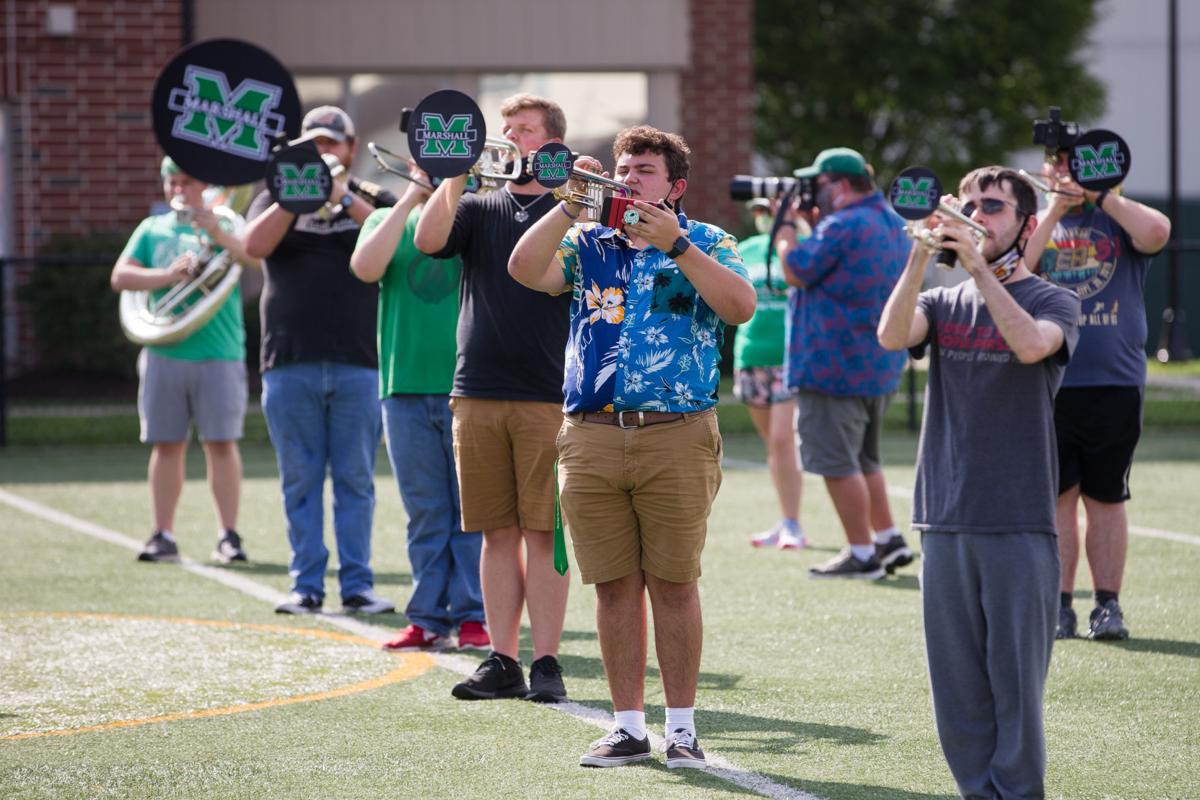 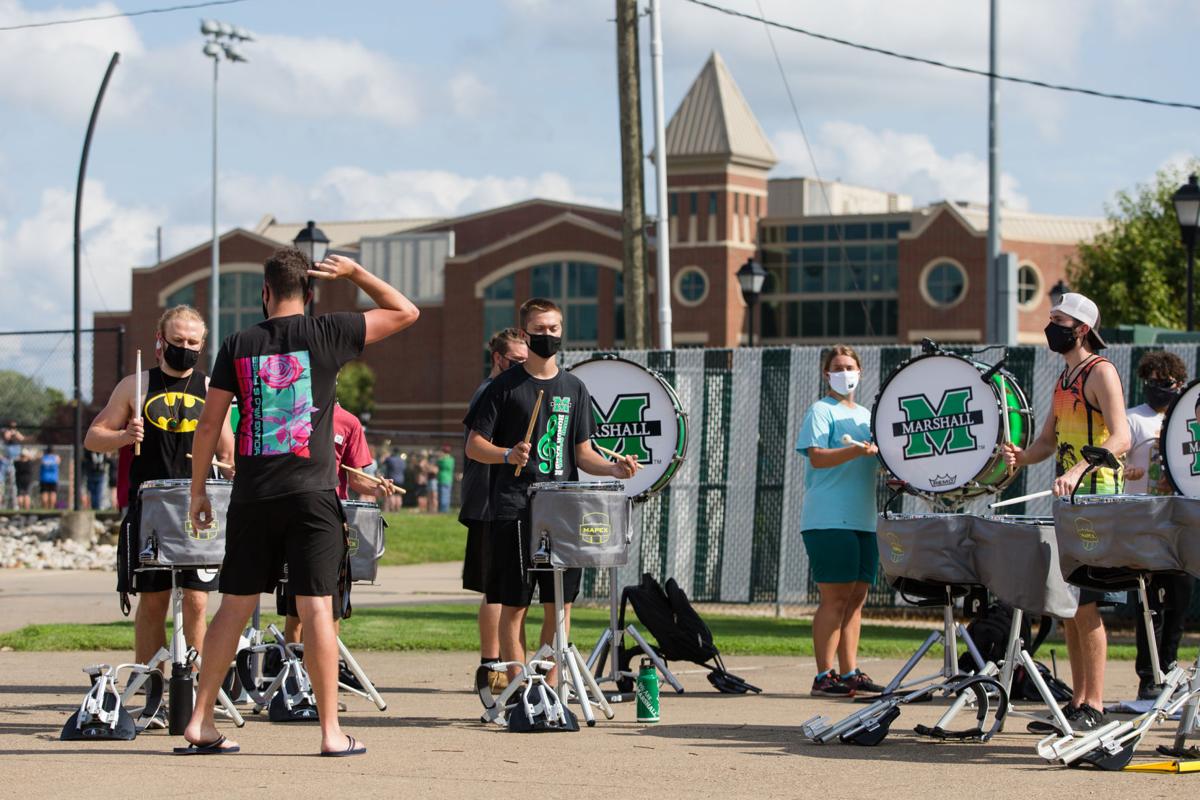 HUNTINGTON — Marshall University officials are standing by their decision to limit the number of participants in the marching band at home football games this season, including Saturday’s home opener at Joan C. Edwards Stadium.

“The university understands people’s frustration about the limitations. This is a very frustrating time for everyone,” spokeswoman Leah Payne said in an email to The Herald-Dispatch. “These limits were all set in consultation with Marshall Health experts and state and county public health officials, and are intended to safeguard not only our fans but also our student-athletes, coaches and game-day staff.”

The Marching Thunder — a 140-piece ensemble — will be limited to 32 members when the Herd welcomes Eastern Kentucky for its first game of the year, and will be permitted only to perform from the stands, including the halftime show, with 6 feet of space between each performing member and 10 feet between band members and others in attendance.

Tracy Smith, director of environmental health and safety at Marshall, said the protocols follow the specific guidelines set forth by the West Virginia Department of Health and Human Resources, NCAA, Conference USA guidelines, as well as with Marshall Health officials and the Cabell-Huntington Health Department.

“The total occupancy of the stadium — including fans, sidelines, skyboxes, media and the band — has been greatly reduced to de-densify the number of people at the game and to comply with the various directives under which we are operating,” Smith said.

Though limited in number, the Marching Thunder will still sit in its usual spot in the stadium and will remain there for the duration of the game. In addition to no on-field performance at halftime, there will not be a traditional Thunder Walk before the game.

“It is important to know that the footprint set aside for the band has not changed from previous seasons,” Payne said, “but because of the need to spread band members out and provide distance from other spectators, there simply cannot be as many people in that same space.”

Director of Athletic Bands Chris Schletter said 32 members have already been selected for this weekend, but rehearsals have still been held with all members so that everyone is able to participate.

“As of now, we are taking it one game at a time. Thirty-two members have been chosen to represent our band, which is 140 strong,” Schletter said. “We are hopeful that we can revisit this issue next week to be able to allow all members to participate as they should, after the home opener.”

Though the Marching Thunder is a staple on game days, Smith said comparing the band’s participation to that of student-athletes and coaches was like comparing apples and oranges.

“The coaches and student-athletes are undergoing separate, rigorous COVID-19 protocols required by the NCAA and our conference. These include several tests every game week to limit the chances someone with the virus could be on the field. The student-athletes are also subject to a number of restrictions to their activity off the field, also to reduce their opportunities to be infected,” Smith said.

“Band members are not part of any similar protocols or restrictions.”

The West Virginia Department of Health and Human Resources deemed marching band a high-risk activity for spreading the virus, thus requiring a distance greater than 6 feet between members to properly social distance members of the band and others.

All fans in attendance will be required to wear masks and maintain a distance of 6 feet between each other in the stands. Masks must be worn by band members when they are not playing and bell covers will be used on instruments.

According to Schletter, band scholarships will not be affected by the university-imposed size restrictions.