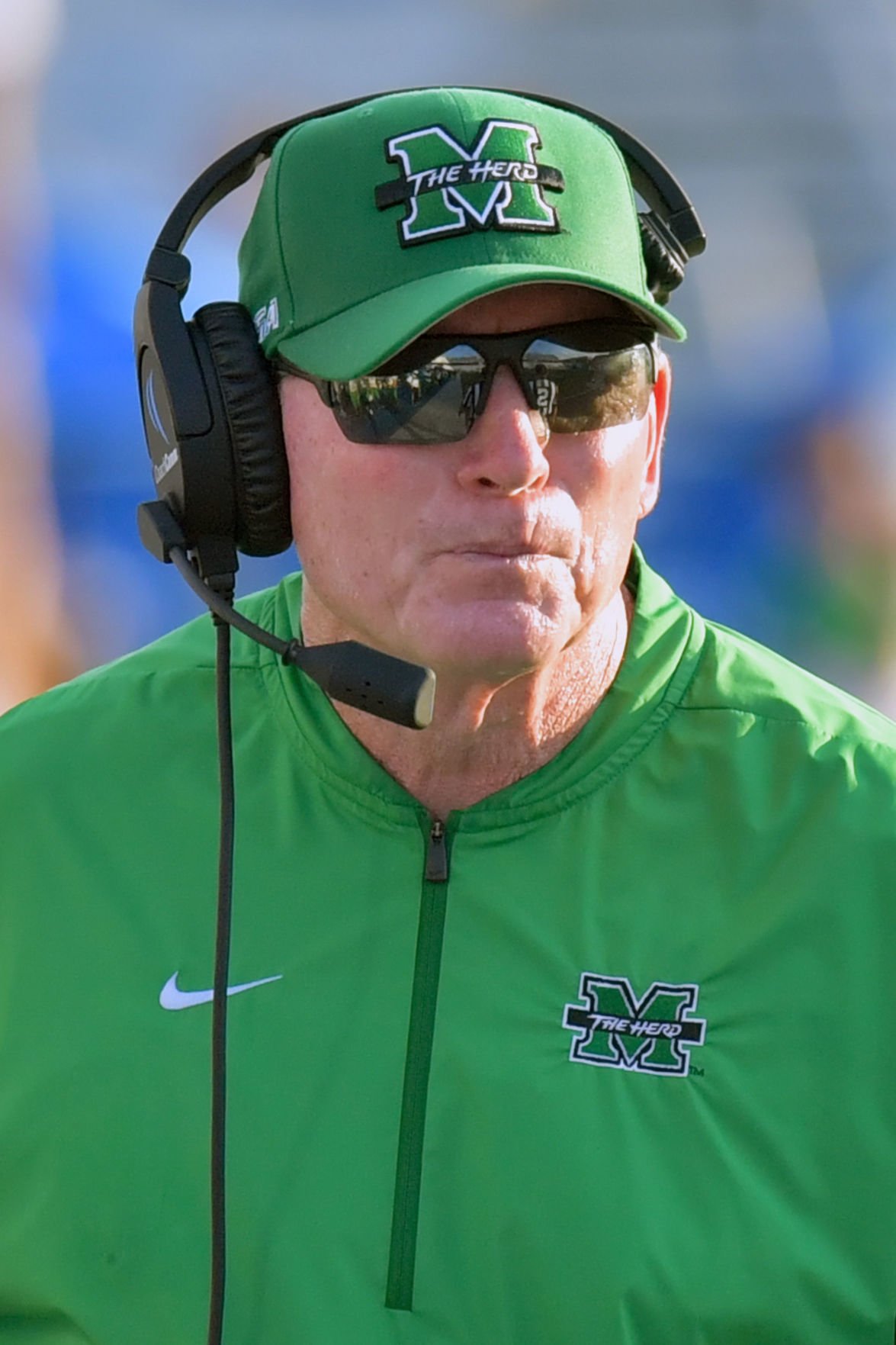 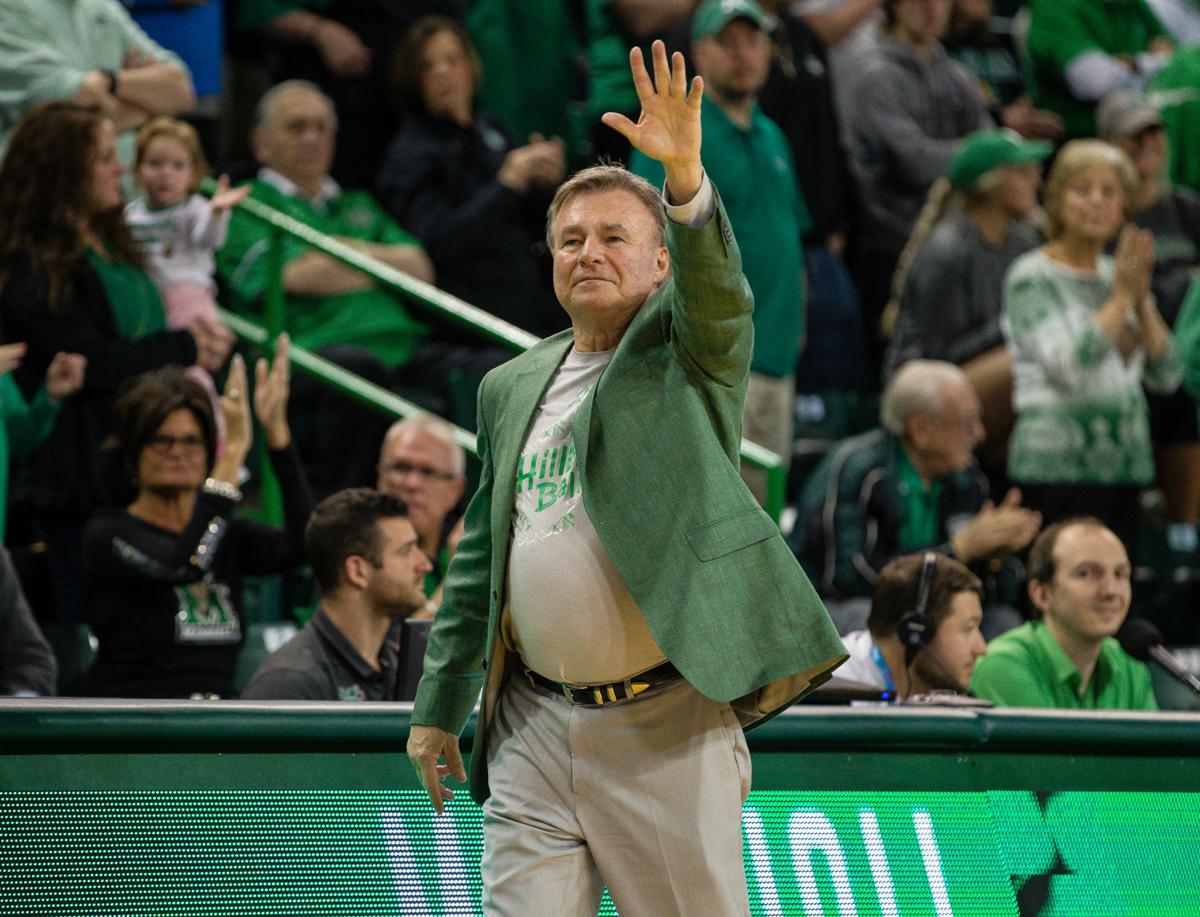 Marshall coach Dan D’Antoni waves to the crowd of basketball fans at the Cam Henderson Center. 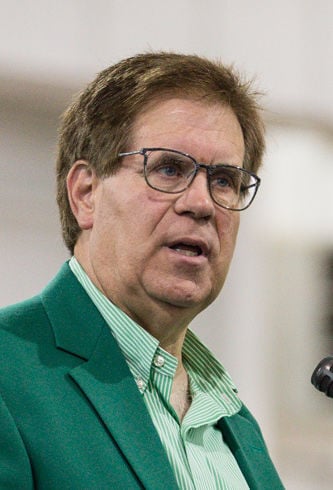 Marshall coach Dan D’Antoni waves to the crowd of basketball fans at the Cam Henderson Center.

HUNTINGTON — Marshall University’s athletic director, head football coach and head basketball coach will be among those taking a pay cut at the university beginning July 4 as part of pandemic-related budget reductions.

The three top earners of the Athletic Department will join 142 others on campus who will see a salary reduction as part of the first phase of budget reductions for the university, said athletic director Mike Hamrick on Wednesday during a meeting of the university Board of Governors athletic committee.

The athletic committee approved the fiscal year 2021 budget for the Athletic Department, which is reduced by $5 million. The budget, like the university’s overall budget, was built anticipating an up to 10% reduction in student enrollment. Hamrick and university chief financial officer Mark Robinson said the budget is a “worst case scenario.”

The department is ending the current budget year at a loss of about $1.4 million. Though cancellation of spring sports balanced itself out by saving travel costs and athlete medical costs, the cancellation of the NCAA basketball tournament contributed greatly to the loss, Hamrick said. Loss of student fees was also a factor.

Hamrick said the budget cuts could be “catastrophic” for the department, but he was still optimistic Wednesday. Season football ticket renewals are more than 80%, a figure he said made him “fall out of his chair.”

He is also optimistic there will be a football season.

“I am not hitting the panic button,” Hamrick said.

In light of events around the country and a developing issue at West Virginia University, Hamrick and other university officials also provided the committee with details of how the department is handling social justice with student-athletes.

The athletic department reached out to Maurice Cooley, vice president of student affairs, for advice on how the staff and athletes could express their views and concerns surrounding current issues, from the death of George Floyd and the subsequent protests to social justice in the NFL. Cooley facilitated a discussion among staff and some of the leaders among the athletes, including quarterback Isaiah Green and running back Brenden Knox.

The idea for the football team to kneel for 8 minutes and 46 seconds in honor of George Floyd’s life came from the meetings. Cooley said he was impressed with the maturity and rational thinking displayed by the athletes, who came up with several more ideas, including more scholarships for black students, organizing a voter registration drive in the fall and visiting schools in the area to talk about social and racial justice.

Green and Knox are also designing a T-shirt to raise money for local kids, Cooley said.

Cooley said ensuring avenues of communication were open and allowing athletes to speak freely on how they feel about current events is how the team can maintain unity.

Editor's note: An earlier version of this story listed an outdated salary figure for Dan D'Antoni.