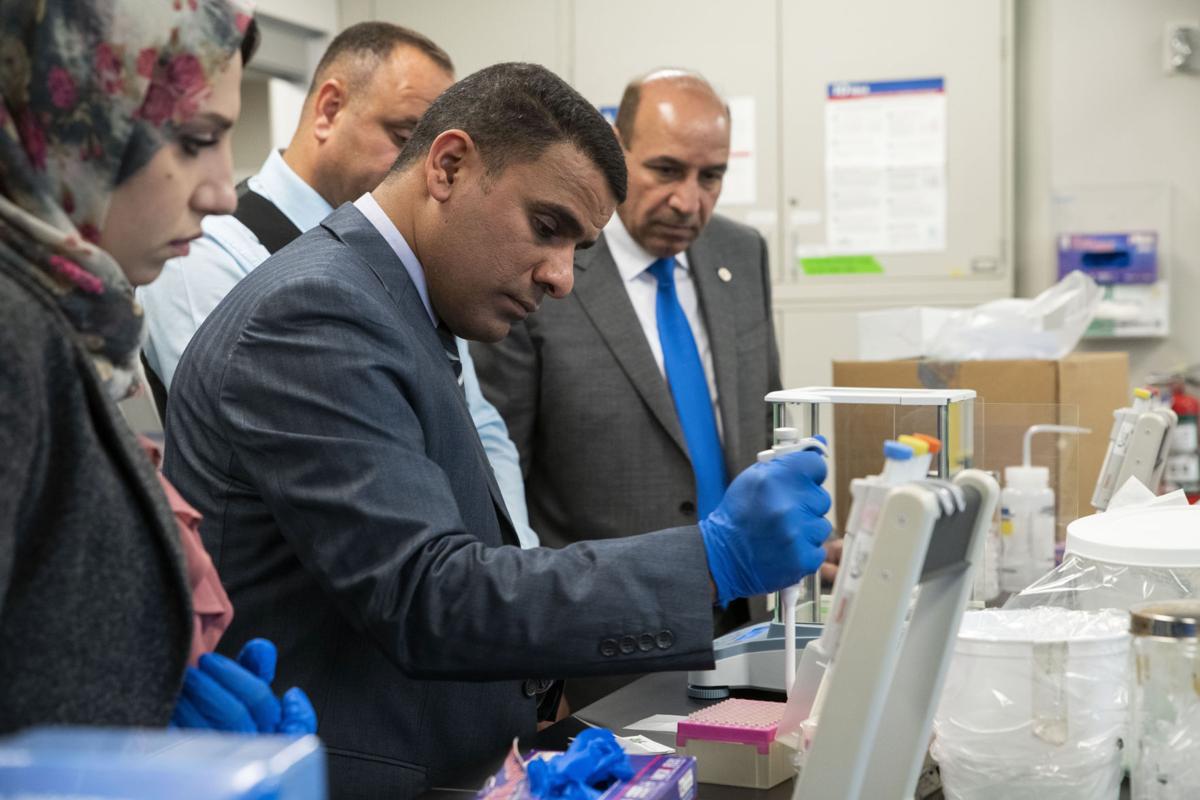 This training was considered groundbreaking for the International Criminal Investigative Training Assistance Program and the Science Applications International Corp.

"MUFSC was one of only a handful of U.S. venues capable of handling the technical needs of this one-week accelerated learning course," Fuller said in a release. "Marshall University can now say that they have advanced the fight against global terrorism that affects Iraqis, Americans and us all."

The course attendees included top Iraqi forensic DNA analysts/police, who have been doing this work since 2009 via their DNA reporting results and databasing efforts in Baghdad, Babil, Najaf and Al Hillah.

"I had worked onsite with Iraqi Ministry of Interior Criminal Evidence Directorate in Baghdad back in 2008-09, establishing their DNA testing capability," Fuller said, "and now in 2019, the number of DNA analysts has grown into a group of frontline scientists, both men and women, who are DNA profiling captured ISIS fighters, terrorists and criminals. This course allowed them to up their game against crime and terrorism by providing them some recently developed, cutting-edge DNA mixture interpretation tools for better setting the standardized thresholds necessary for confident, high-quality, globally useful DNA database hits in this fight."

The training was a great opportunity for the Marshall Forensic Science Center, as well as the attendees, said MUFSC Director Jason Chute.

"Our own scientists enjoyed interacting and making a difference on an international level," he said. "We hope to provide more trainings of this caliber in the future."

In the past, the Marshall Forensic Science Center has provided international training to the countries of Mexico and Malaysia, whose citizens and scientists had partnering agreements in place for fighting crime with U.S. agencies.

For complete information about the center's services and accreditation, including international standards, visit Forensics.Marshall.edu.