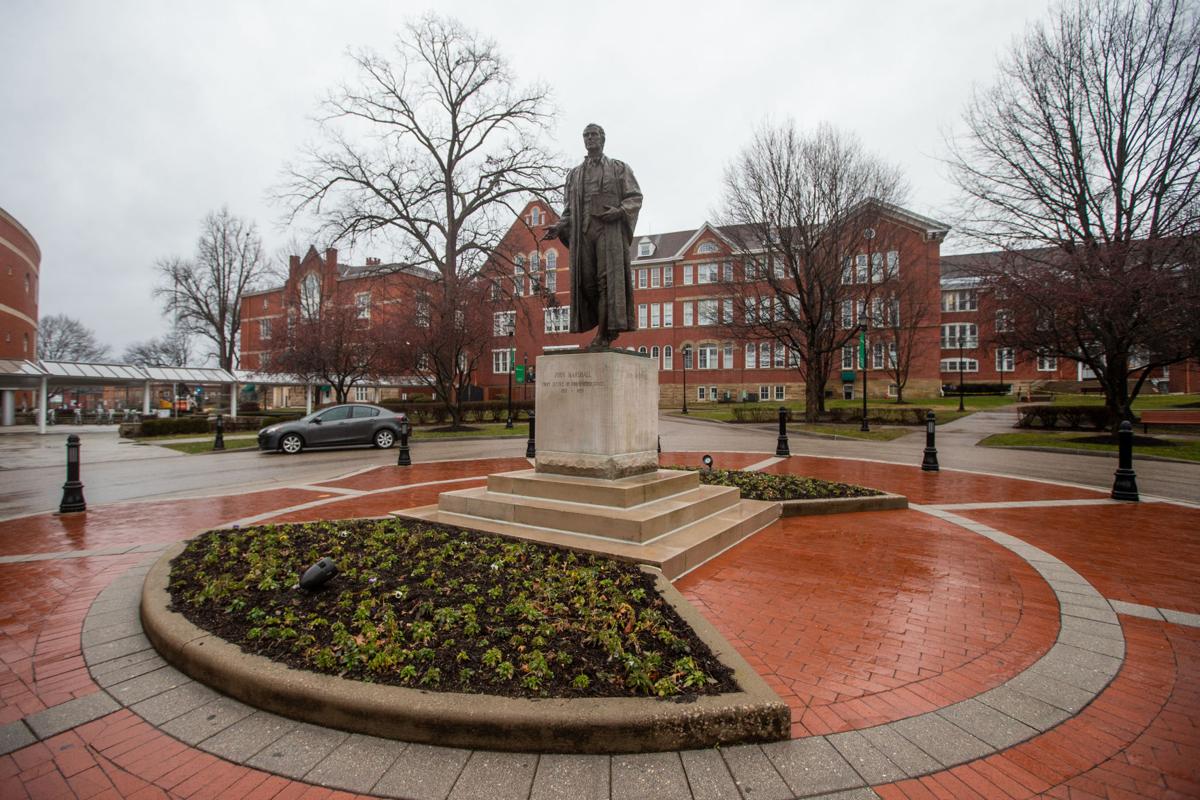 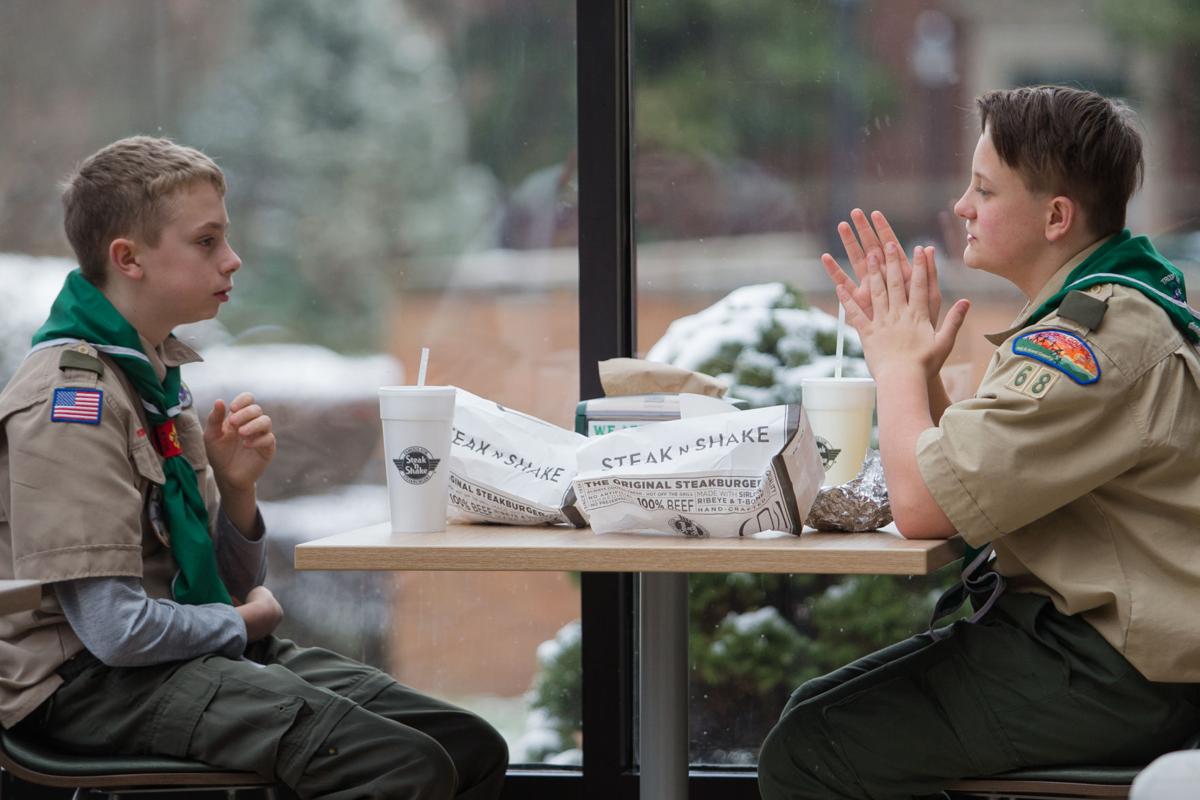 Jeremy Lewis, from left, and Gabe Roller of Troop 68 eat lunch inside the Memorial Student Center as scouts get a chance to earn merit badges on Saturday, February 8, 2020, at Marshall University in Huntington. Marshall plans to reduce single-use plastics on campus.

Jeremy Lewis, from left, and Gabe Roller of Troop 68 eat lunch inside the Memorial Student Center as scouts get a chance to earn merit badges on Saturday, February 8, 2020, at Marshall University in Huntington. Marshall plans to reduce single-use plastics on campus.

HUNTINGTON — Marshall University has joined the “zero waste” movement with a new, campuswide commitment to becoming plastic-free, according to a news release.

Marshall University President Jerome Gilbert recently signed the “Break Free from Plastic Campus Pledge,” which is a campuswide commitment to eliminate all single-use disposable plastics. The pledge specifically addresses accessibility and inclusivity concerns and generates a framework for college campuses and other institutions to develop long-term systemic solutions to issues around waste and disposable consumption.

“Reducing our dependence on disposable plastic is another step forward in our sustainability efforts at Marshall,” Gilbert said in a news release. “This is a project the entire Marshall family can rally around and help our community reduce its overall waste products.”

The initiative was led by the Marshall University Sustainability Club and supported by the nonprofit Post-Landfill Action Network (PLAN), which is aimed at cultivating, educating and inspiring student leaders to tackle issues around waste and unsustainable systems on their campus.

Marshall University’s Sustainability Manager Amy Parsons-White says there are many benefits to this move.

“By reducing single-use plastics, we reduce the amount of waste going to the landfill,” she said. “Plastic can be around for thousands of years, and since less than 30% of plastic sent to recycling facilities actually gets recycled, that adds up to a lot of waste with no place to go. It ends up in the oceans, in the ground and microplastics have even been found in our drinking water. This can pose a health risk to people and animals.”

Although compostable, vegetable-based plastics may cost more up front, Parsons-White says there is money to be saved in the reduction of waste haul to landfills.

“Marshall’s new compost facility will be able to handle all of this waste and turn it into a usable, sellable product, leaving a net zero cost to transition to compostable, vegetable-based plastics,” Parsons-White said. “Reducing single-use plastics on campus and increasing the use of compostables will change the way that we, as a community, think and behave when it comes to plastics. It will allow our students, staff, and faculty to be exposed to the issues surrounding plastic waste, while offering plastic alternatives that they will be able to incorporate into their daily lives.”

Marshall University has a goal of becoming single-use plastic-free by the end of 2026. Single-use plastics will be reduced in an economical way, so that compostable and recyclable alternatives cause a net zero increase in expense.

The university’s campus pledge was built in coalition with the international Break Free from Plastic Movement and can be found on PLAN’s website, among many other tools and resources to assist those interested in getting involved in the student-led movement.

To learn more about the MU Sustainability Department, visit https://www.marshall.edu/sustainability/.