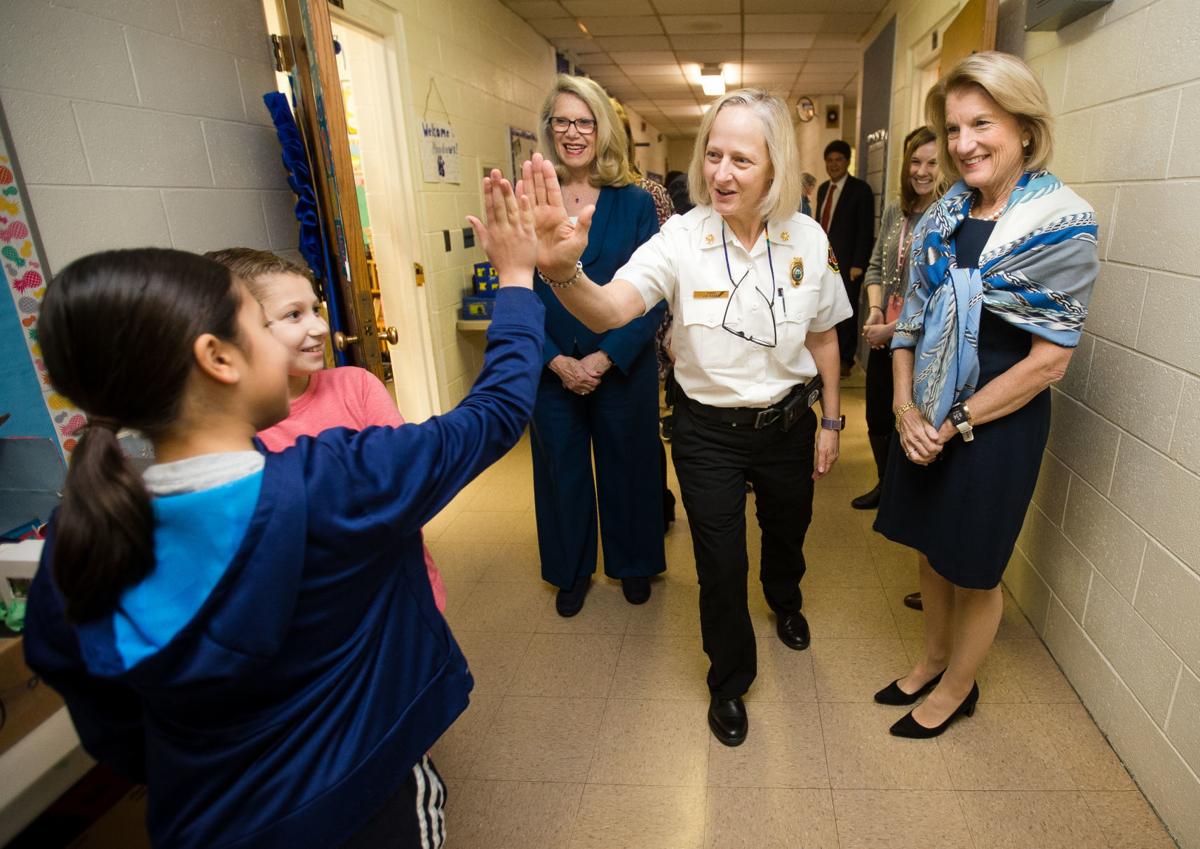 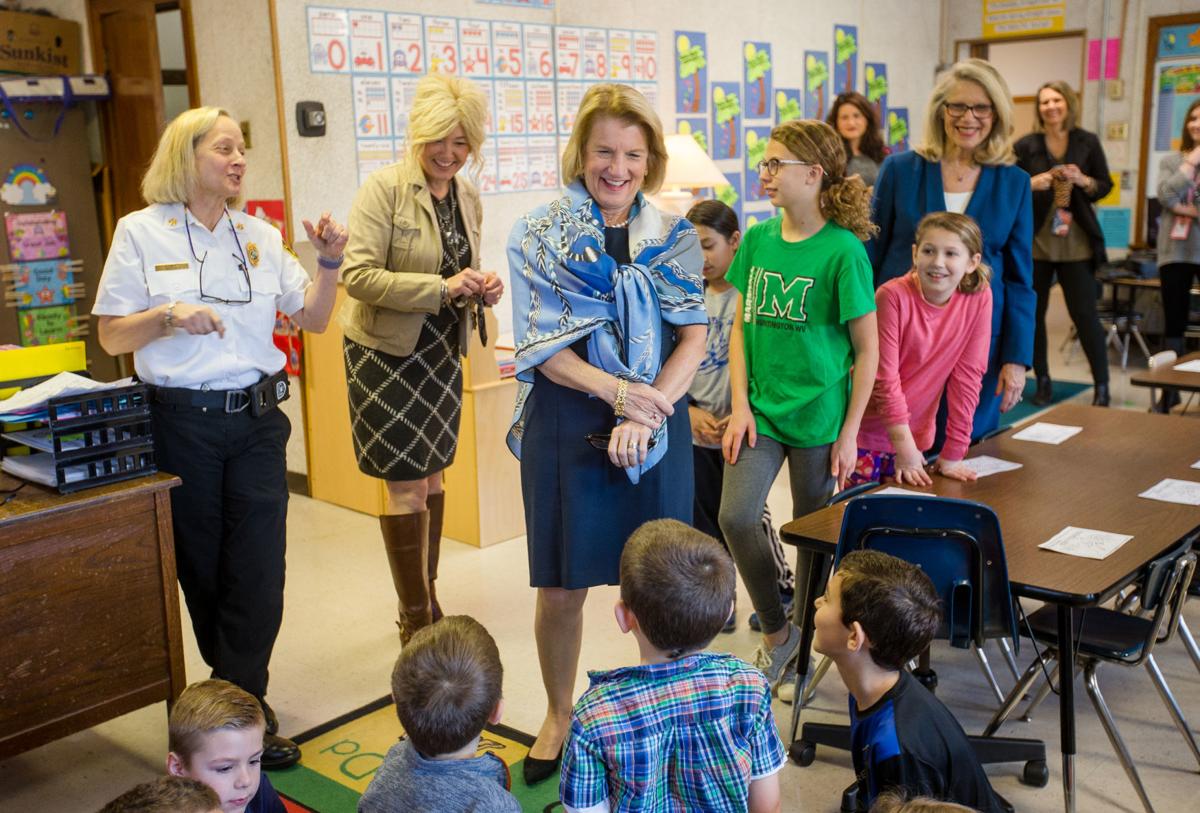 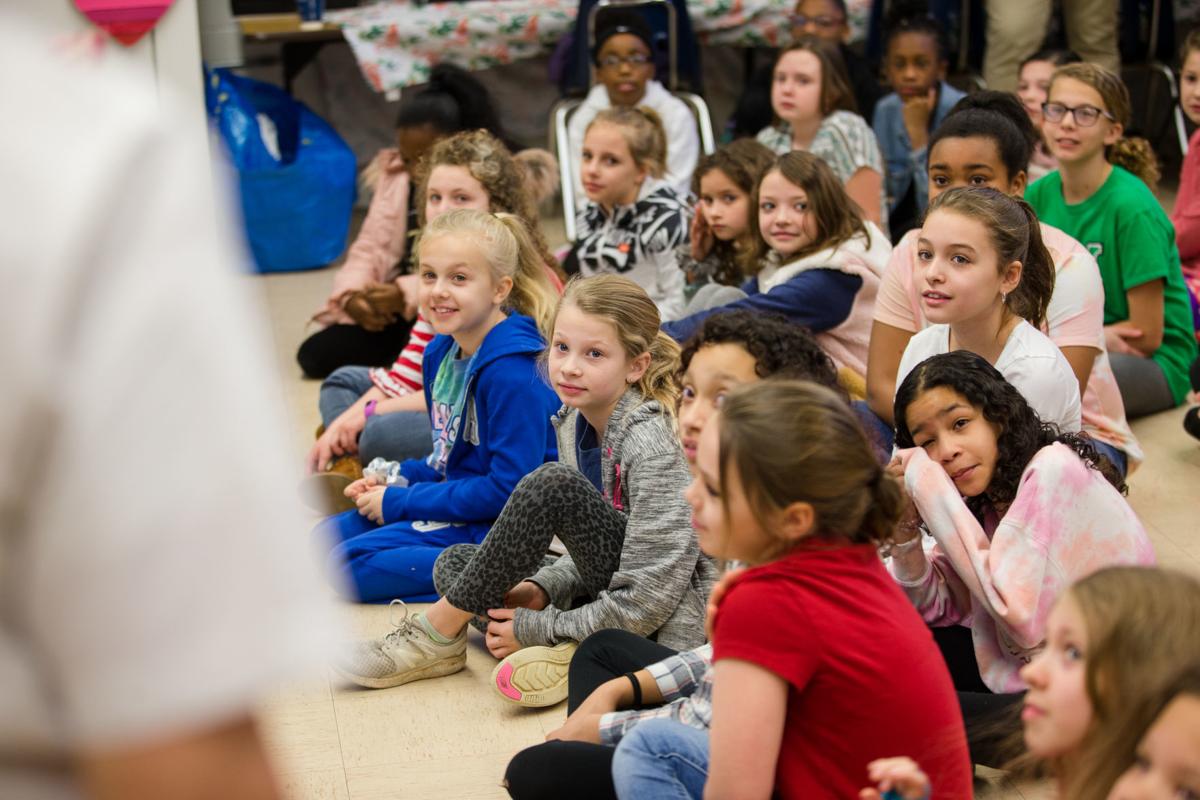 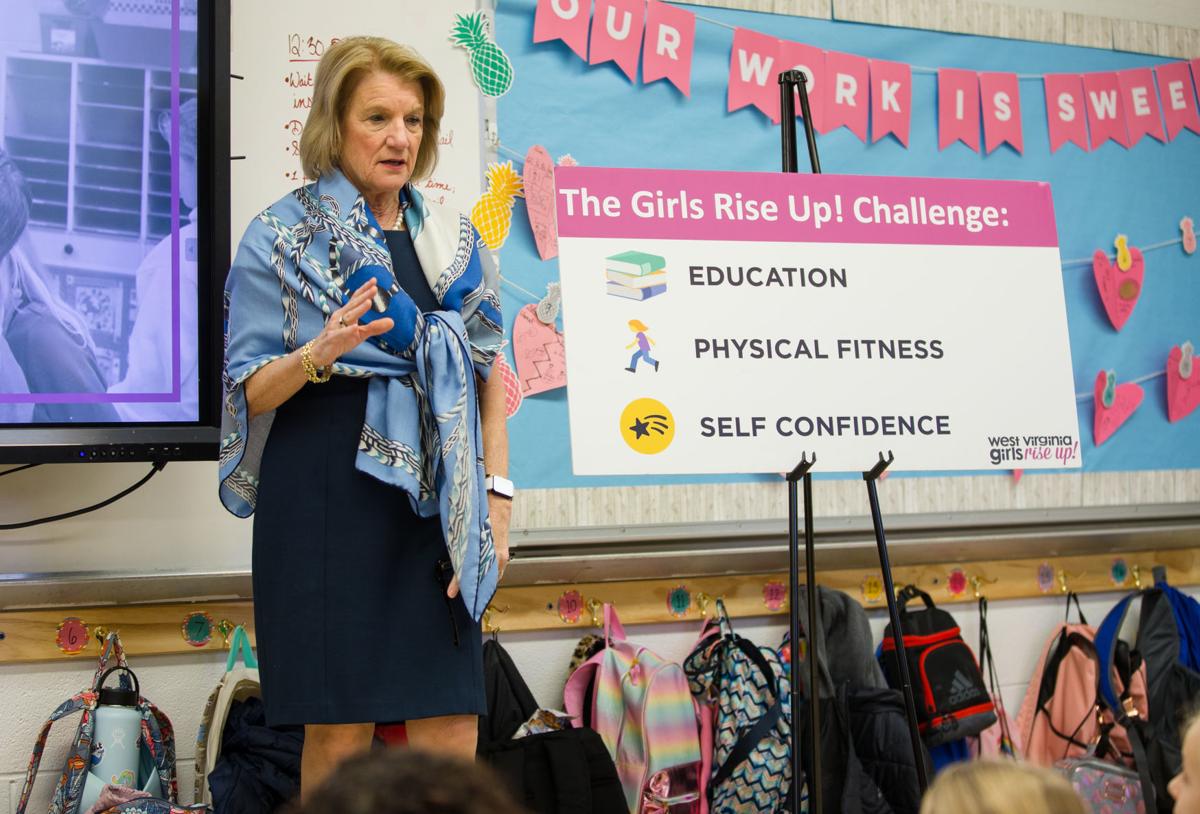 These are just some aspirations young women in the fifth grade at Meadows Elementary School shared with female leaders Wednesday morning at the first West Virginia Girls Rise Up Challenge event in Cabell County.

The Girls Rise Up initiative began in 2015 when U.S. Sen. Shelley Moore Capito, R-W.Va., noticed a need to provide young girls in her home state with tools to excel in education, practice healthy fitness routines and have self-confidence.

Since then, Capito has visited hundreds of girls in 22 schools statewide, helping them to recognize their potential, dreams and goals through those three pillars.

“I’m the first woman senator from the state of West Virginia, and I wanted to take that opportunity to say to all the young girls in the state that this is something I want you to think about, to aspire to, to say, ‘I met that lady in fifth grade, and she was a senator and that is something I’d really like to do,’” Capito said. “Whether it is government or business or education, just be a leader in your area and learn how to gain strength from that.”

U.S. Rep. Carol Miller, R-W.Va., and Huntington Fire Chief Jan Rader co-hosted the event, and all three women shared stories with the students prior to completing the challenge, asking them to pledge to incorporate one new activity into their daily routines.

“When I was growing up, we didn’t have a lot of strong women leaders that were examples for young women to let them know that they can do anything they want to do,” said Rader, who became the first woman fire chief in the state. “I was working in a jewelry store in the D.C. area and a woman collapsed — she had a heart attack in the doorway of the store. I called 911, the fire department showed up, they saved her life and there was a woman paramedic — that’s the first time I realized the fire service was actually a choice for women.”

Miller, who pursued a career in teaching for many years before transitioning into politics, said she hoped to show girls that they don’t have to have everything figured out to become a positive force in their community.

“We are all in leadership positions, and it’s good for girls to see that there are women who may or may not have known what they wanted to do when they grow up become leaders in any field,” Miller said. “It shows them that they can achieve.”

Kaili Anderson, fifth-grader and student body president at Meadows, said she hopes to pursue a career working with animals, and hearing three success stories from influential women was motivation to continue chasing her goal.

“I thought it was very inspiring for them to come here and show us that girls can be in leadership,” Anderson said. “I liked how they talked about when they were little and how they were inspired, too.”

Rader said the eagerness of the students is just a glimpse of what this next generation of leaders will do.

“Young women today can be anything they can dream,” Rader said. “The future is bright for West Virginia.”

Do you agree with the Marshall University Board of Governors’ decision to remove the name of Albert Gallatin Jenkins, a slaveholder, from Jenkins Hall, which houses the College of Education and Professional Development?