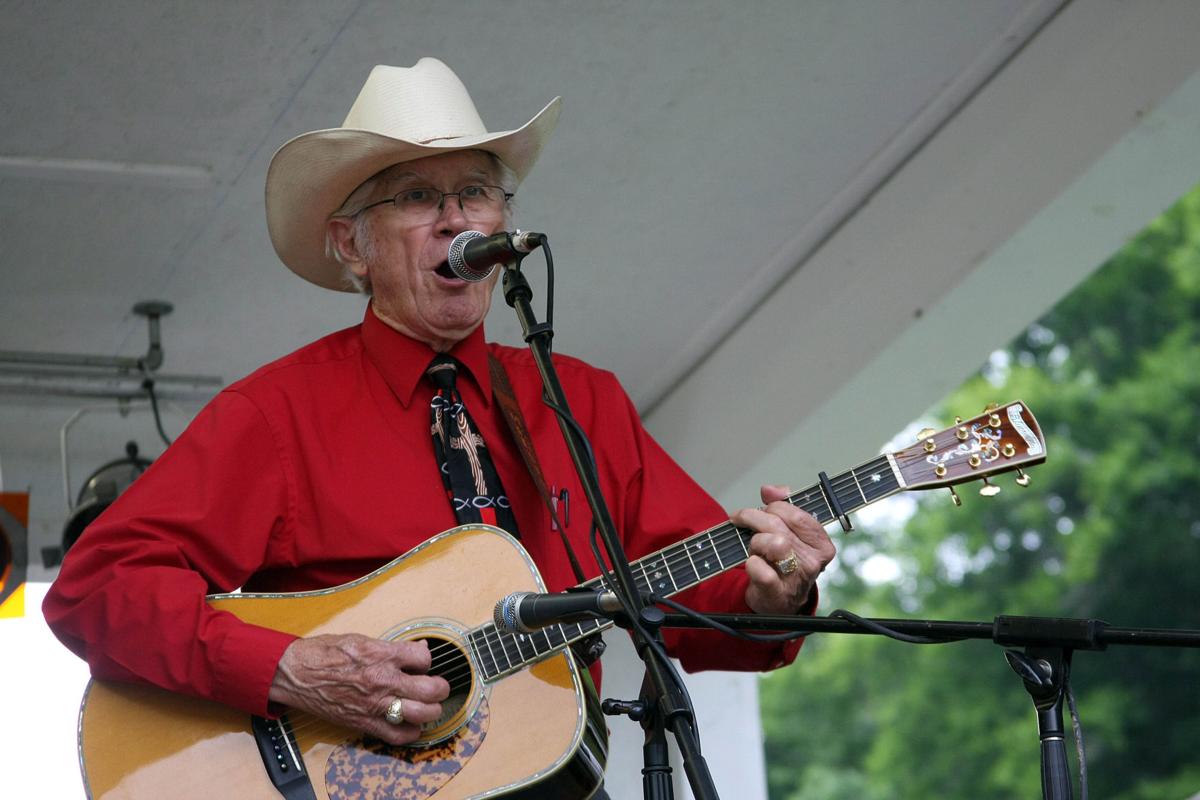 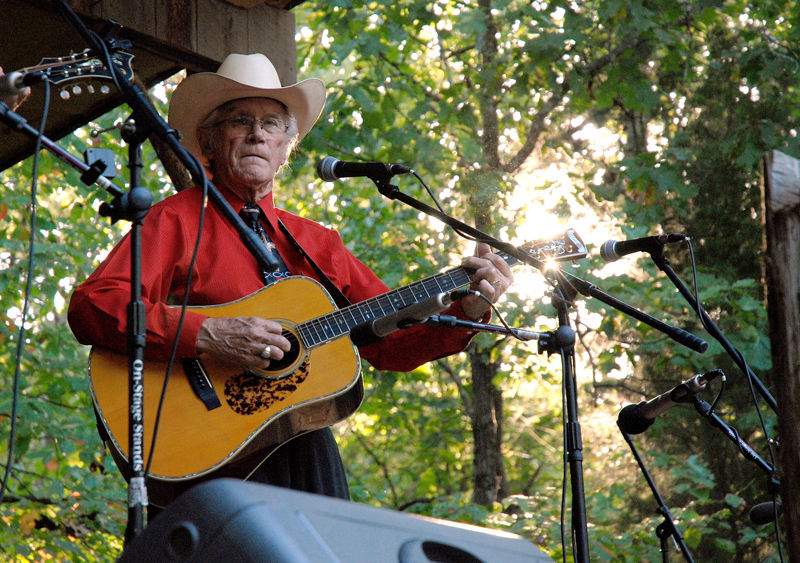 HUNTINGTON - Melvin Goins, internationally known bluegrass musician and Ashland resident, died July 29 while in North Bay, Ontario, Canada. He was there to play at the River Valley Bluegrass Jamboree.

Arrangements for Goins, 83, are incomplete at Steen Funeral Home. His remains are in the process of being returned to his hometown.

"As far back as I can remember, I was attending bluegrass festivals with Melvin and my grandmother, his wife, Willia," said grandson Michael Huffman, of Catlettsburg, Kentucky. "Mamaw would always tell me stories about how I was still in diapers with my plastic banjo going onstage with him."

According to youngest grandchild and only granddaughter Shana Derefield, of Obetz, Ohio, all the kids called him "Melvin."

Not Gramps. Not Grandpa. Melvin.

"We called him Melvin. I don't know why, but all of us did," Derefield said.

She said one of the memories that stands out most, and she never seemed to live down, was locking Melvin in the doghouse.

The Goinses had a heated, lockable doghouse at the end of the path in the backyard, and Derefield, at age 5, went with Melvin to feed the dogs. "He told me to shut the door. So I did."

Derefield said she proceeded to lock the door on the outside and "I remember Melvin hollering at me and so I ran up the path to Grandma. When she realized what I did, she had to laugh."

The story has been related time and time again, every time he introduced his only granddaughter, even in the months leading up to his death.

Growing up in rural West Virginia, Melvin and Ray Goins were self-taught musicians.

"They swapped chickens for a banjo when they were young and learned to play," said Raymond McLain, director of the Kentucky Center for Traditional Music at Morehead State University.

"In those days, there weren't books on how to play (the banjo). You learned from someone who could play," he said.

The last time McLain saw Goins was at the funeral of Ralph Stanley in June. The two spoke, and the elder statesman of bluegrass told him he would be playing at the River Valley Bluegrass Jamboree.

His cultural impact will continue for years as part of the oral history and recordings at the KCTM.

"Melvin was generous with his knowledge and experience," McLain said.

"The importance of Melvin Goins for bluegrass music is not only the recording, but playing on radio and TV, traveling and appearing at bluegrass and other concerts," McLain said. "Melvin and Ray did a lot of school shows and introduced people to traditional music. That reinforces our cultural heritage."

The center was planning an event on the development of bluegrass with Goins, McLain said.

"He could speak on it and he lived the history and development of this music. Not many of his generation are still living," he said.

"Melvin loved helping children and encouraging them to play and sing," Derefield said.

"He was always humble to everyone he met, and he was such a likable person. You could have met him on the street and never guessed he was famous," Huffman said. "He was the type of person who had never met a stranger. He made friends with everyone he met.

"He was always happy and would always find the good in every situation, no matter how dark," Huffman said.

"(Melvin) had a smile as big as Kentucky," McLain said.

"He would always tell (his children and grandchildren), 'You have to know how to treat people. You've got to be respectful and humble to everyone you meet, be kind to everyone, and to help anyone you can because they won't forget it,'" Huffman said.

That spirit of help, caring and respect must have impacted the young man, who is a registered nurse at King's Daughters Medical Center.

"One of the biggest things I can take from him and my grandmother is the importance of helping others in need," Huffman said. "They both instilled this in all of us. Our entire family has learned the importance of giving to those in need because of him."

March 1993: Melvin Goins appears on the cover of Smithsonian Magazine, the first bluegrass artist to do so.

2001: Melvin Goins is presented with the Appalachian Treasure Award from the Center for Traditional Music at Morehead State University.

2011: The Goins Brothers are inducted into the Kentucky Music Hall of Fame.

2013: The Goins Brothers are inducted into the West Virginia Music Hall of Fame.

Melvin Goins recorded with his brother Ray, the Lonesome Pine Fiddlers and various other artists on numerous labels over the years. Some titles are:

"Head of the Holler" (Jessup Records)

"On the Way Home" (Rebel Records)

"We'll Carry On," The Goins Brothers

The Kentucky Center for Traditional Music

The mission of the Kentucky Center for Traditional Music is to represent cultural heritage through performance, educational outreach and interaction. Education of the public and students about traditional music forms and culture from both a historical and contemporary perspective using methods that encourage quality learning through discovery and inspiration is one of its goals.

For more on the Kentucky Center for Traditional Music at Morehead State University, visit www.moreheadstate.edu/kctm/.