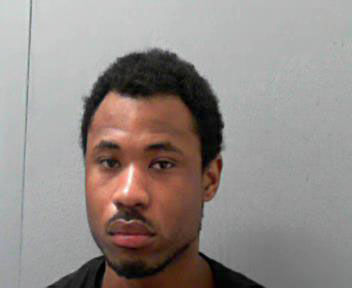 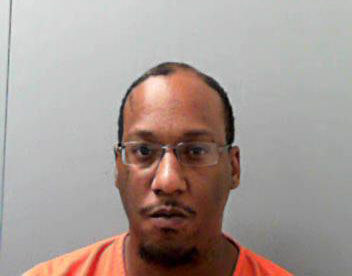 HUNTINGTON — Although two men were convicted in a 2017 kidnapping case in which a man was bound with cords and burned with candle wax and a hair straightening iron, they maintained their innocence last week as they accepted plea deals.

Leeshawn Strickland, 36, and Donte Drequan-Antonio Hendricks, 23, each entered Kennedy pleas to kidnapping before Cabell Circuit Judge Alfred E. Ferguson on Tuesday. Strickland was sentenced to serve 18 years, while Hendricks received 16 years in prison. They had faced life behind bars. A Kennedy plea allows a defendant to take the punishment for a crime without admitting his or her guilt. Hendricks has publicly maintained his innocence in court in previously declining to plea.

Their sentences could be reconsidered at a later date after a background check into their past criminal and personal histories is completed.

They were charged in May 2017 after the kidnapping of Robert "Bob" Lewingdon, who authorities say was tortured in his home in the 4400 block of Altizer Avenue in Huntington after he was accused of attempting to rob Strickland of drugs. Lewingdon stated he was a drug runner for Hendricks and Strickland for about 2 1/2 months prior to the incident and would work as the middleman between dealers and the defendants.

Their co-defendant, James Lee Hughes II, previously pleaded guilty to misdemeanor maintaining a drug house, which carries a six-month to one-year prison sentence with a possibility of a $25,000 fine. He was scheduled for sentencing Friday, but Ferguson pushed the hearing back until Strickland and Hendricks' final sentencing hearing to see if the defendants ask to withdraw their pleas.

According to testimony from witness Danielle Stowers given in 2017, Lewingdon was planning on robbing the group of drugs. The suspects questioned Stowers about the conversation and then asked Lewingdon to come to their home.

Johnson, Hendricks and Strickland are accused of having Lewingdon naked and using cords to hogtie his feet and hands behind his back and placing a cord around his throat. The defendants also allegedly threatened the victim with firearms, kicking him multiple times while pouring hot candle wax on his body and burning him with a hot iron, according to testimony.

Lewingdon said he was forced to leave the home at gunpoint and driven to a remote area off Green Valley Drive in Huntington. The driver, Stowers, testified she was forced at gunpoint to drive the victim and suspects.

Once in a wooded area, Lewingdon was allegedly forced out of the vehicle and made to walk a short distance in the woods before being shot at, dropping and playing dead as the suspects left with his personal possessions.

Hendricks' mother, Felicia Hendricks, said her son was innocent and was a victim in the case, as he had just been in the wrong place at the wrong time. She accused prosecutors and law enforcement of ignoring the recanted witness statements. Hendricks was arrested in the Altizer area as police were searching the home where the incident occurred. His mother questioned why he would have returned to the scene if he had been guilty.

She believes her son had been pressured into pleading because he was facing a lifetime of imprisonment. Hendricks has since said she plans to fight the plea and sentencing.

Donte Hendricks initially did not want to take the plea, but after a short recess and talking with his attorney, decided to enter the plea. He said the conviction was the first on his record. He had played Division I football before returning home prior to being charged.

Strickland has remained out of jail on bond pending the outcome of the case. He asked for time to get his affairs in order before reporting to start serving his sentence, to which Ferguson gave him until 10 a.m. Aug. 19 to report to jail.