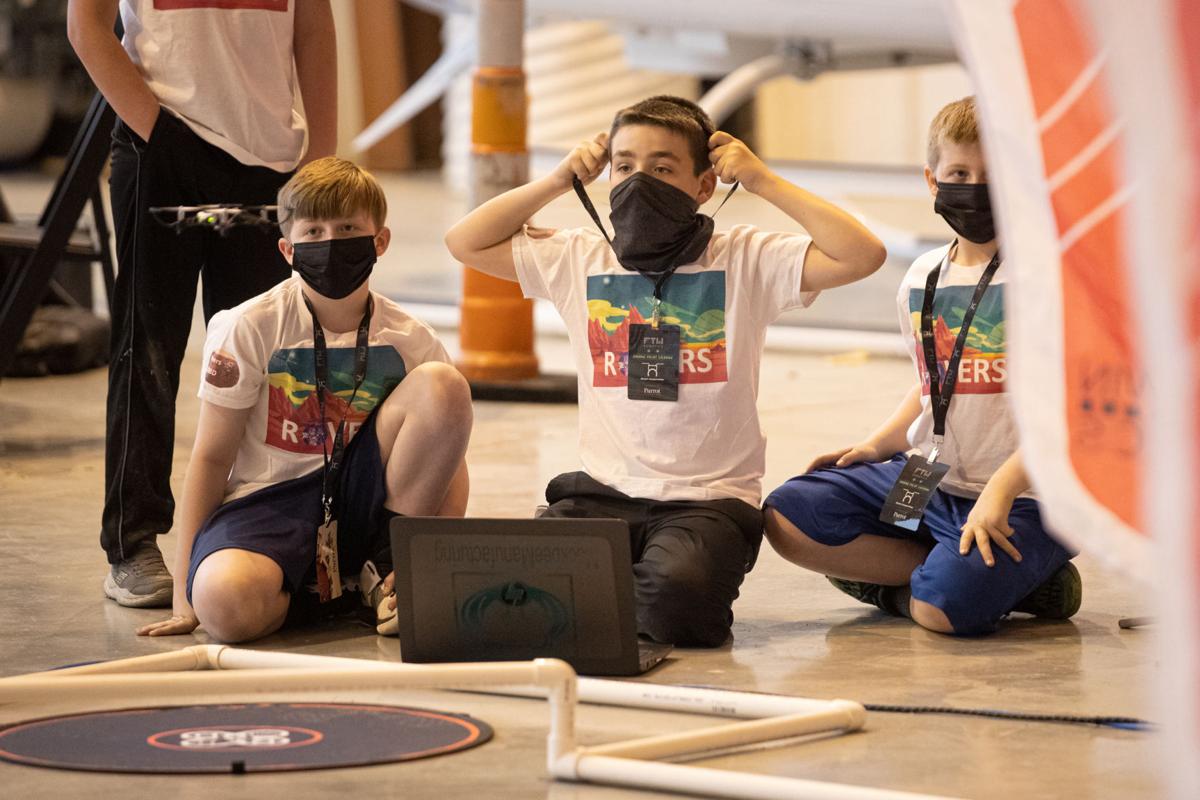 Team Rovers out of Wellsburg, West Virginia, participate in West Virginia’s first flying robotics competition for middle and high school students on May 15 at the Huntington Tri-State Airport. 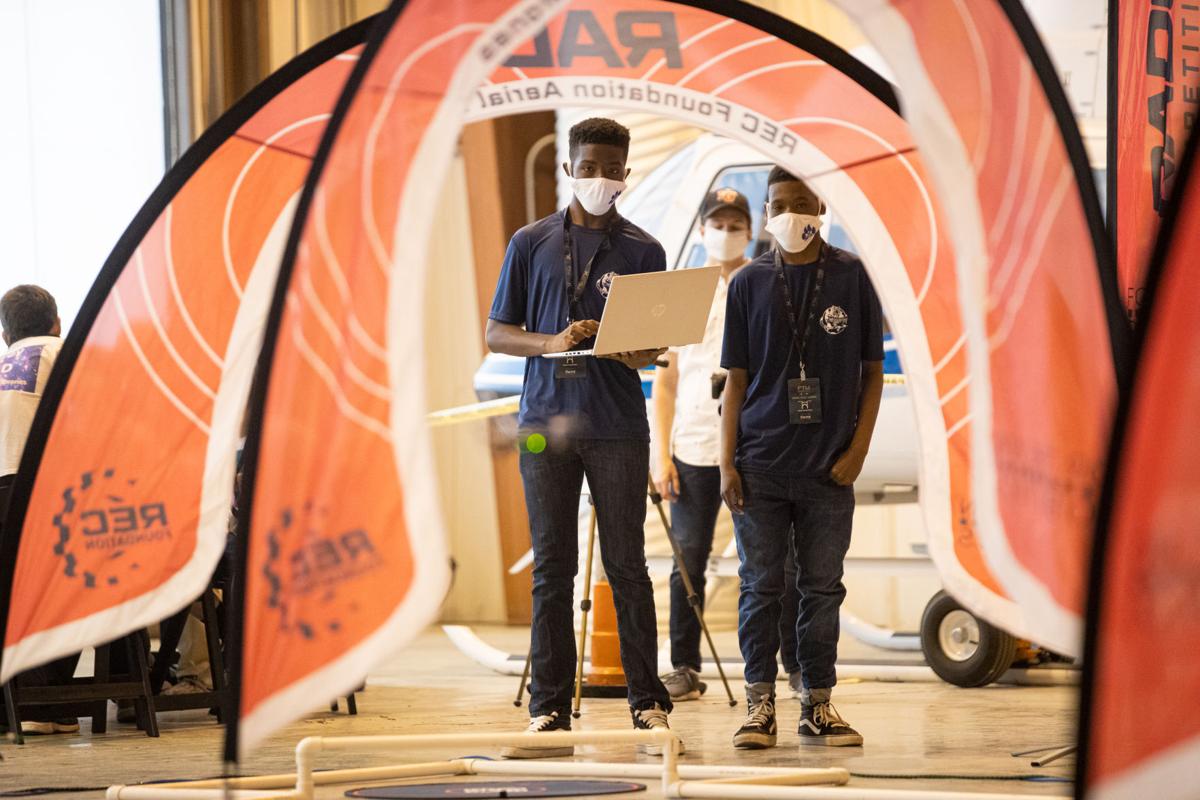 Team Rad Squardon out of Batesville, Mississippi, participate in West Virginia’s first flying robotics competition for middle and high school students on May 15 at the Huntington Tri-State Airport. 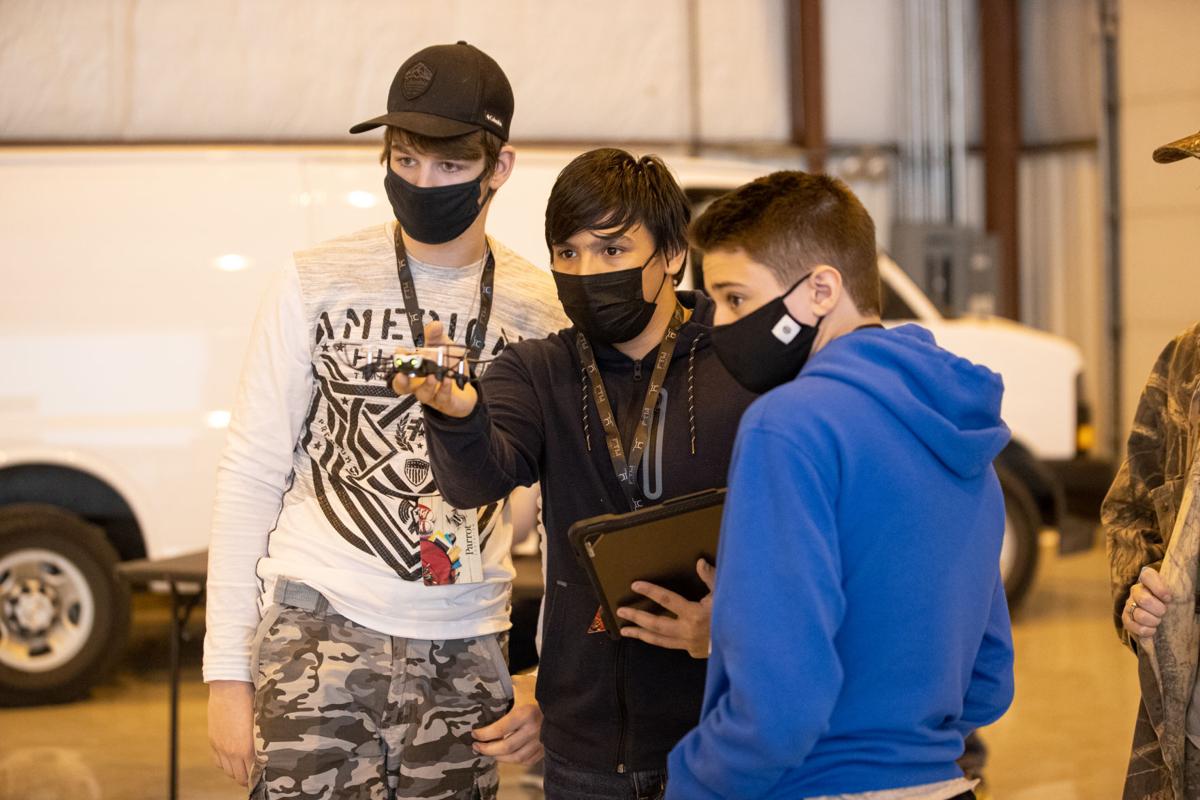 Team Nightstalkers out of Lewis County High School participate in West Virginia’s first flying robotics competition for middle and high school students on May 15 at the Huntington Tri-State Airport. 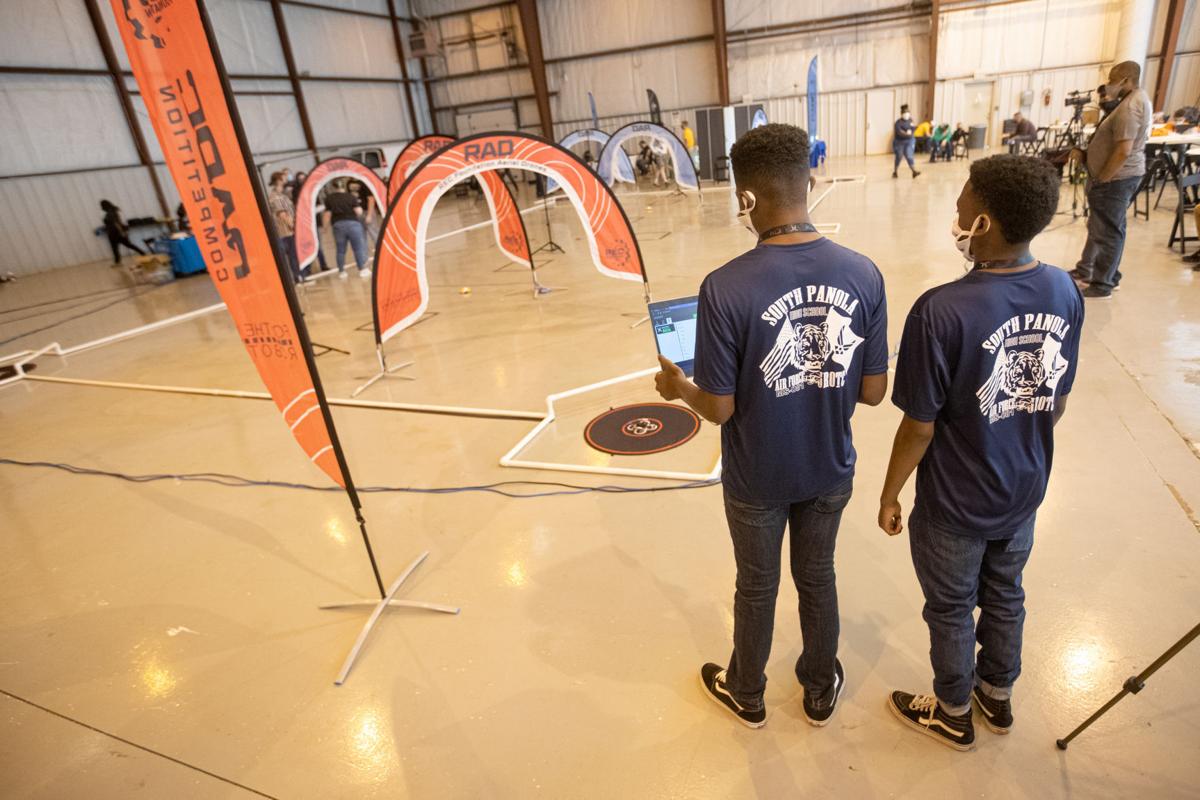 Team Rovers out of Wellsburg, West Virginia, participate in West Virginia’s first flying robotics competition for middle and high school students on May 15 at the Huntington Tri-State Airport.

Team Rad Squardon out of Batesville, Mississippi, participate in West Virginia’s first flying robotics competition for middle and high school students on May 15 at the Huntington Tri-State Airport.

Team Nightstalkers out of Lewis County High School participate in West Virginia’s first flying robotics competition for middle and high school students on May 15 at the Huntington Tri-State Airport.

Drones maneuvered through an obstacle course and used downdrafts to collect ping pong balls during a robotics competition Saturday at Huntington Tri-State Airport.

In conjunction with the Robert C. Byrd Institute, the Robotics Education Competition Foundation hosted the Aerial Drone Competition for students in grades six through 12 to test their skills with drones.

Students were tested on how well they controlled the drones with a remote control during a competitive round that involved trying to gather more ping pong balls than the opposing team. They were also tested on their coding skills by programming the drones to move through an obstacle course on their own.

Eleven groups participated in the competition, with six being from West Virginia schools and five groups traveling from Mississippi schools. Program manager Todd Ensign said the groups make up about 6% of robotics groups in the country, because there are not that many.

Ensign said he hopes the competition grows each year because it is a good opportunity for students to learn about robotics early.

“It’s good for kids to learn about this at a young age and see that there are competitions for things like this (robotics) because they get more interested and that interest can just grow as they get older,” he said. “Then later, when they are going to college and looking at STEM programs, there’s not just five people in the program anymore, there could be 50.”

Among the West Virginia teams were representatives from Tolsia High School and a few Huntington middle school programs that collaborated.

Seven teams participated in the programming skills test, where drones had to move through arches and hoops in under one minute to see how many points they could rack up.

The students could receive anywhere between zero and 103 points, depending on how many obstacles they conquered, and Saturday’s scores ranged from 19-57. Ensign said he was happy with the results because some of the groups that showed up had little to no programming experience.

Each team had five chances to run the course in order to get the highest score, and in the end, both of Grenada High’s teams came out on top.

Kimhong Kangheng from the first-place team said the drone was able to fly farther than expected on its own, and he was happy with the outcome.

“I was super excited, very happy because we just had to keep trying and keep rewriting the code and it finally worked. Not perfectly, but really well,” he said. “And it feels great for our first competition in West Virginia.”

The competition encouraged teamwork later on as teams were paired into red and blue sides to see which one could collect the most ping pong balls. The teams were able to work together, and a bracket of the best teams ended up facing off until two won the overall competition.

One of Grenada High’s teams, Bravo Company Seals “B,” and one team from South Panola High School, 81 RAD Squardon “A,” ended up winning the tournament and were awarded Tournament Champions for the event.

Other awards were given out based on the ability to communicate flight plans with judges and with other teammates, programming skills and overall high flyer.

Tolsia High representative Ethan Sturgill said even though his school did not take home any trophies this time, he had fun and looks forward to participating again in the future.

“I think I did great, honestly, especially because I only had about three days to train because of COVID,” he said. “I thought I was going to come here and everyone else would have months of training so I would get smoked, but that didn’t happen and I think I did well. I had a bunch of fun, too.”