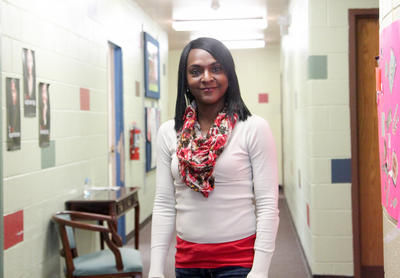 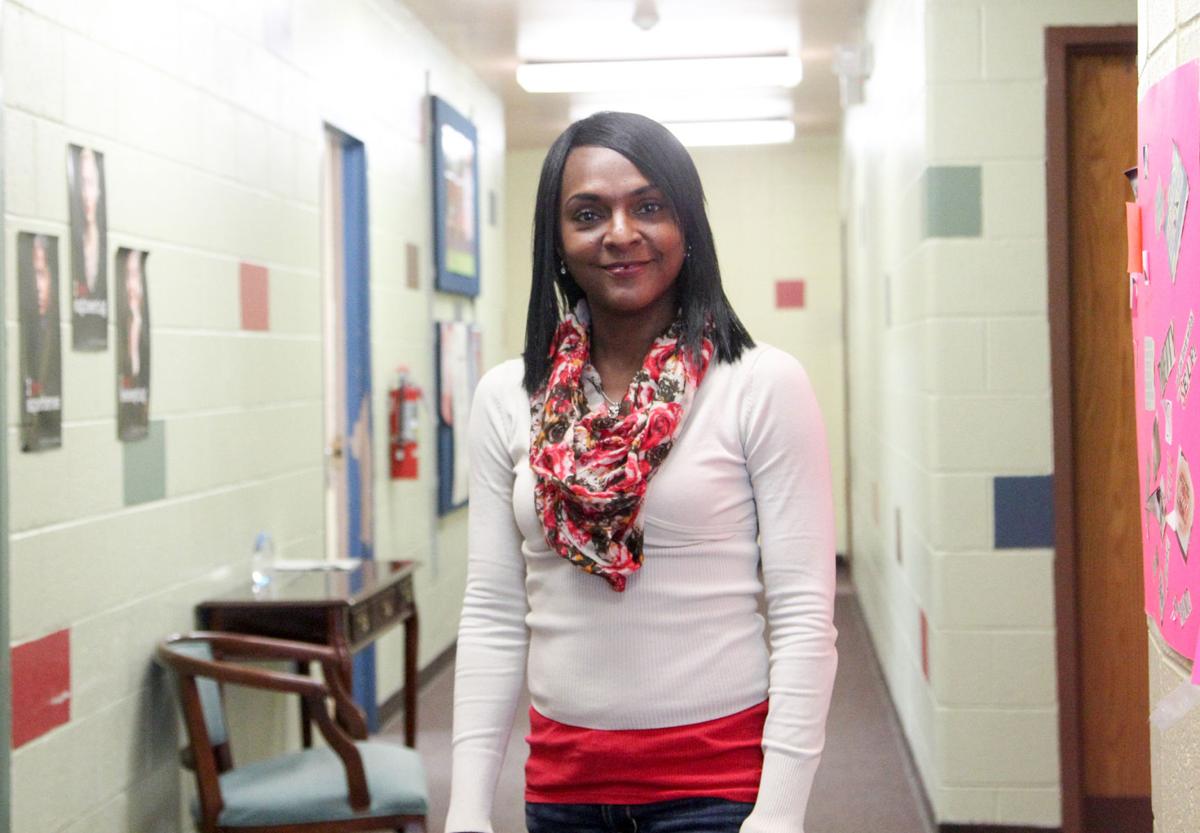 EDITOR'S NOTE: This is part of a series of periodic articles examining the lives of people who have battled with addiction to drugs.

HUNTINGTON - Despite everything, Deeidra Beckett, 45, knows her journey was a gift.

"It sucks that I had to hurt a lot of people to get the gift and to get where I'm at, but I am grateful because someone might live because I am staying clean," Beckett said. "That's worth every felony, everyone I've hurt, everything I had to do to get here."

Beckett is a peer recovery coach at HER Place, a women's addiction outreach center, and she believes her journey through her own addiction has made her well-suited for the job.

Beckett was born in Philadelphia, but moved in with her great-grandparents in Bluefield, West Virginia, when she was young.

"My childhood was real different, because I was raised by elderly people," Beckett said. "I grew up in a real loving home. Old-fashioned, with a lot of rules, because that's the way (her great-grandmother) was raised."

Beckett said she moved a lot, but the experience of going to new schools made her outgoing, which she's thankful for now.

She said she loved school and played every sport she could just to spend more time with kids her own age. She was on the honor roll. She became a cheerleader. She was popular and the vice president of student council.

In ninth grade, Beckett tried her first beer during a sleepover.

"My aunt had a beer in the refrigerator, and we knew we were not supposed to drink it, so we did," she said. "Never thought anything of it. We had fun."

From there, she continued to drink at football games and weekends. She would smoke pot from time to time, but nothing bad ever happened so she thought it was fine.

Beckett received a full scholarship to Marshall University, and with her first taste of freedom, began to drink every night.

"But unlike most college students who drank and then went to class the next morning, I just drank and went to bed," she said. "There might have been a sign there."

She eventually transferred to West Virginia State University, and did better being removed from the college-town atmosphere.

But then she was introduced to crack cocaine through a friend's boyfriend.

"First time I tried it, absolutely loved it," she said. "Then she would take us over to his house again, and we smoked some more. I knew that I liked it, but it was free. But shortly after that, just like people tell stories, it was like 'We don't have any, do you have money?' I was like 'What do you mean, do I have money?' But I've got to have it now, and I don't have money."

At 18, she committed a robbery and was charged with a felony. School had fallen away, and she was sentenced to probation and a treatment center.

"That was my first introduction to a 12-step fellowship," Beckett said. "I was really young and thought I couldn't stop doing everything, so I didn't really catch on to the recovery thing."

After, she continued to use recreationally for 10 years. She went back to college, got a degree in psychology, had her daughter, got a job as a case manager and thought life was going well.

Then she started a relationship with a man who sold cocaine, but figured as long as she didn't do it, she would be OK.

"After a while, we started smoking cocaine again, and I was off to the races," Beckett said.

She lost her job. Beckett said at that point she realized she had a problem, because even though there was a span when she wasn't using, she still ended up back there.

Her family intervened and sent her to South Carolina for treatment, but she still wasn't willing to give it her all. She moved to Huntington and entered Park West Drug Rehabilitation Center.

"At that point I realized I was powerless, and I really could not stop," Beckett said. "I do well in settings with treatment centers. I heard what recovery was about. I got a sponsor and did the steps. I moved into Project Hope, and my daughter was able to come visit me. My life became so much better. I mean, it was unreal."

She got a new job and a new car. She had a home and was able to take vacations. Life, once again, was great.

"I was clean for five years, and my life got so good I forgot where I came from," Beckett said. "I thought I had arrived, and I was never going to use again. I stopped doing the things that had helped me stay clean, and I started using again in 2009 and lost my job again."

Beckett said the pain that came with losing her wonderful life made her understand she had a problem.

"When you are an addict, I felt that was all I was meant to be," she said. "But once I had realized I could live a life without using, it makes it so much harder to get there because you know you don't have to be like that."

She struggled for two and a half years. She said her lowest point was when she bought some drugs from a dealer her daughter's age - 16 - and her daughter found out.

"She called me crying and said 'Why don't you just stop?' " Beckett said. "When you have a 16-year-old kid telling you to stop and completely knowing what is going on, I will never forget what that sounded like. I knew from the past I never made promises. I'd say 'Momma's trying to do better.' Even using, I knew I couldn't make promises because I couldn't keep them. But I told her I would try to be in treatment before she started school."

She went to Pinecrest in Huntington and said when she walked in the doors, she knew she was saved. She started contacting people she knew in recovery and began the process again.

"I built a new life and my foundation in recovery," Beckett said. "I started volunteering at HER Place, because we are taught to give back. Someone gave to me, and now it's my turn to give it to someone else. And that's what I do each day, at work and at home."

She said it's the most rewarding and painful job she's ever been through.

"I can see myself," Beckett said. "It's really rewarding, but it's also frustrating because I can see them doing everything I did, year after year after year, and I just want to beat it into their head that they don't have to do this. But I have to realize someone wanted to beat it into my head, and they couldn't do it until I was ready.

"But the rewards. When a girl comes in and says 'You've helped me so much,' or 'You've been through what I've been through.' It's just - all my life I just thought what I did was so horrible and I was going to keep messing up. My family thinks I'm the comeback kid because I keep messing up, but somehow I make it back. But it's like everything I went through was to get me to this point."

"I'm grateful I didn't have to die, because some people don't get two chances. Some don't even get one," she said.

My Story - Living with Addiction

"My Story - Living with Addiction" is a periodic series of articles examining the lives of people who have battled with addiction to drugs.