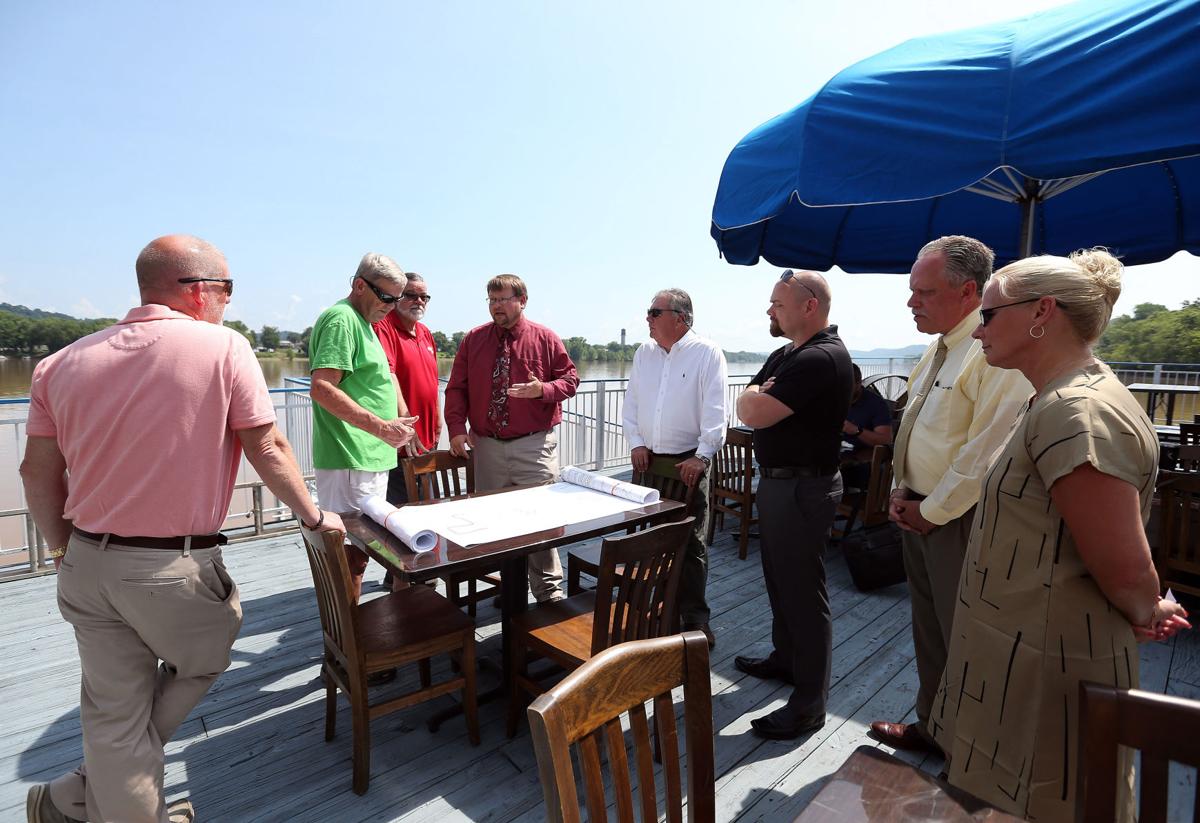 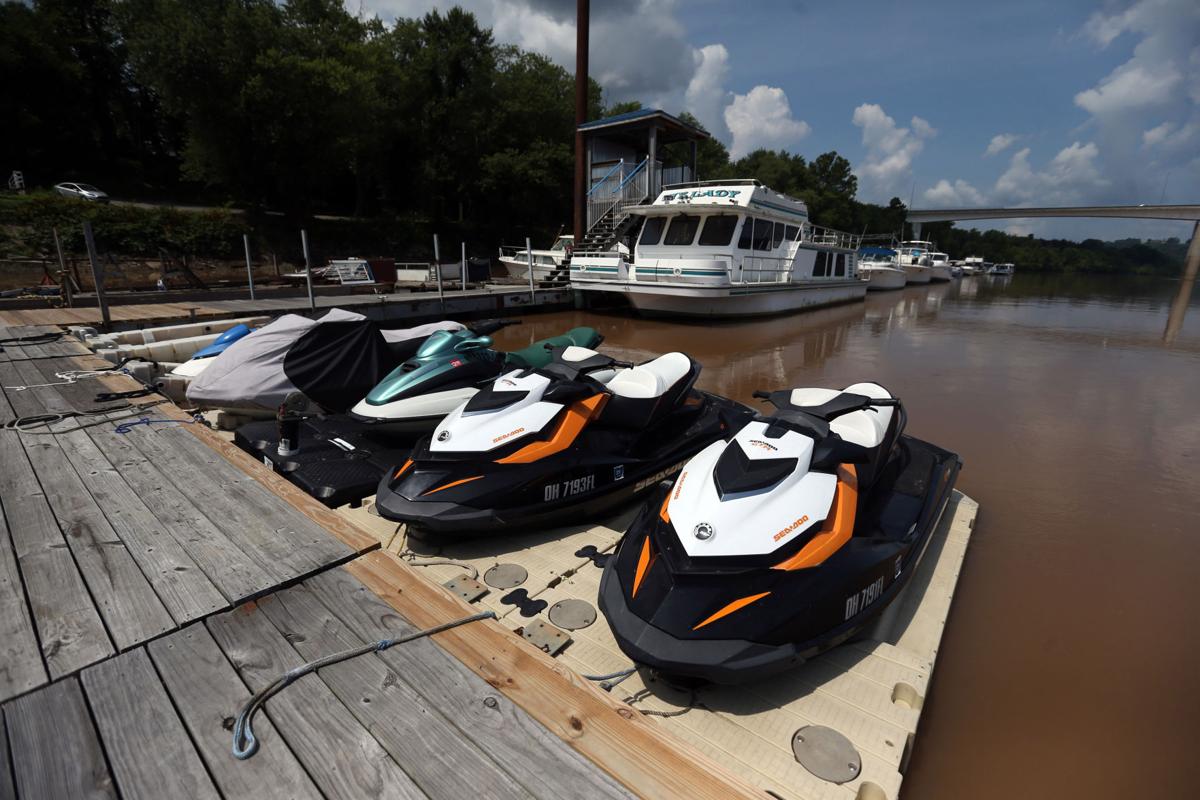 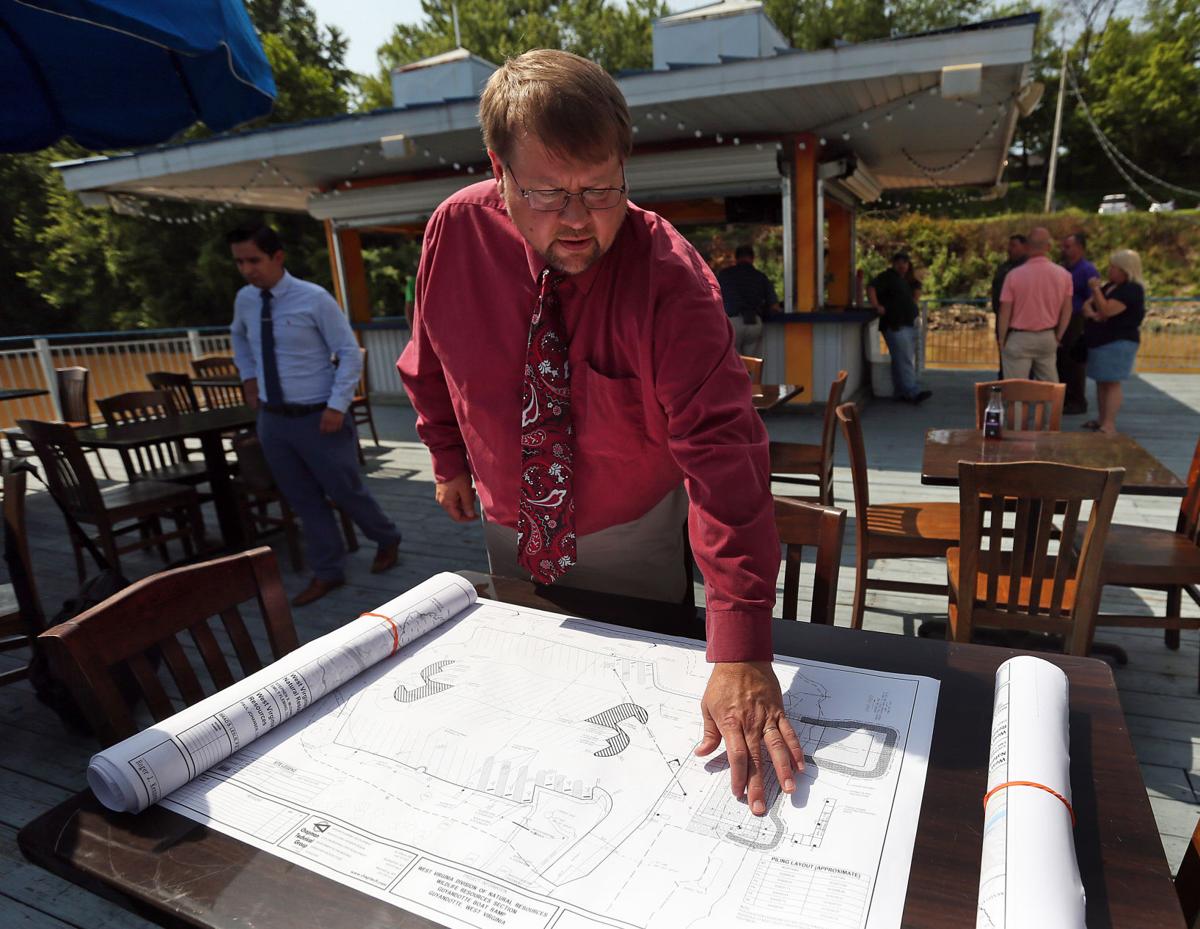 Lori Wolfe/The Herald-Dispatch Zack Brown of the West Virginia Division of Natural Resources looks over project information during an informational meeting regarding renovations at the Guyandotte boat launch and park Wednesday, July 10, 2019, in Huntington.

Lori Wolfe/The Herald-Dispatch Zack Brown of the West Virginia Division of Natural Resources looks over project information during an informational meeting regarding renovations at the Guyandotte boat launch and park Wednesday, July 10, 2019, in Huntington.

HUNTINGTON - Officials are hoping a "major rehabilitation" of the boat launch and park along the Guyandotte River will spark a renewed enthusiasm for recreation there, including kayaking, jet skiing and fishing.

Recreational activities on the Guyandotte River have fallen sharply over the years amid maintenance budget cuts that led to increased flooding and a decline in park facilities.

After several years of planning, the West Virginia Division of Natural Resources unveiled blueprints Wednesday for a new boat launch platform, dock and bathrooms. There will also be improvements to the nearby Adams Landing Marina and the addition of a fueling station.

For years, the U.S. Army Corps of Engineers needed to dredge the Guyandotte River near the current boat launch, sometimes twice a year depending on sediment buildup. The Ohio River deposits silt into the junction that meets with the Guyandotte, sometimes causing flooding at the boat launch and nearby parking lot.

After cuts to the Army Corps of Engineers' dredging budget, flooding increased at the boat launch, which led to an overall decline in river access and recreation.

However, the state Division of Natural Resources developed a solution that bypasses the Guyandotte River and sediment completely, said Zack Brown, assistant chief of operations with the Wildlife Resources Section.

The new blueprints call for building a boat launch into the Ohio River instead, which has a current that flows away from the silt buildup.

"By reorienting the main stent over the Ohio, hopefully we will create one that is a little more self-cleaning," Brown said. "That will cut down on these maintenance costs."

At the current boat launch near the Guyandotte River, crews will create a concrete "courtesy dock" for people to pull up their vehicles and launch their boats when the river is not raised.

Meanwhile, there are plans to update the bathroom facilities at the park nearby, making them handicapped accessible with better lighting and other improvements. Brown said he hopes to have the project out to bid this fall, with construction beginning in the spring. It's estimated to cost approximately $250,000.

Kenny Boggs is the owner of the nearby Adams Landing Marina. He said he is forming a for-profit company that will seek out grants and other funding sources to help pay for overall improvements to the marina and boat launch. It's his goal to see recreation increase on the Guyandotte River as it was in the past.

"For probably the last 10 years, there has been a stigma of the river that needs to be changed," Boggs said. "We are trying to increase access and raise awareness for the public. We only have a small percentage of people who have even been on the river."

Kevin Brady, executive director of the Greater Huntington Park & Recreation District, said he hopes the improvements lead to more boaters and people enjoying the park, which the district will help manage.

"Right now it's a hangout for people to tag the columns of the bridge or do drugs there," he said. "We are hoping more good activities will decrease the bad activities. The more programming going on, the less shady things going on."

Brown said part of the prolonged planning process was a necessary study on the environmental impact of a river mussel that lives in the river sediment. Divers later determined the mussel is not at risk in the planned rehabilitation.