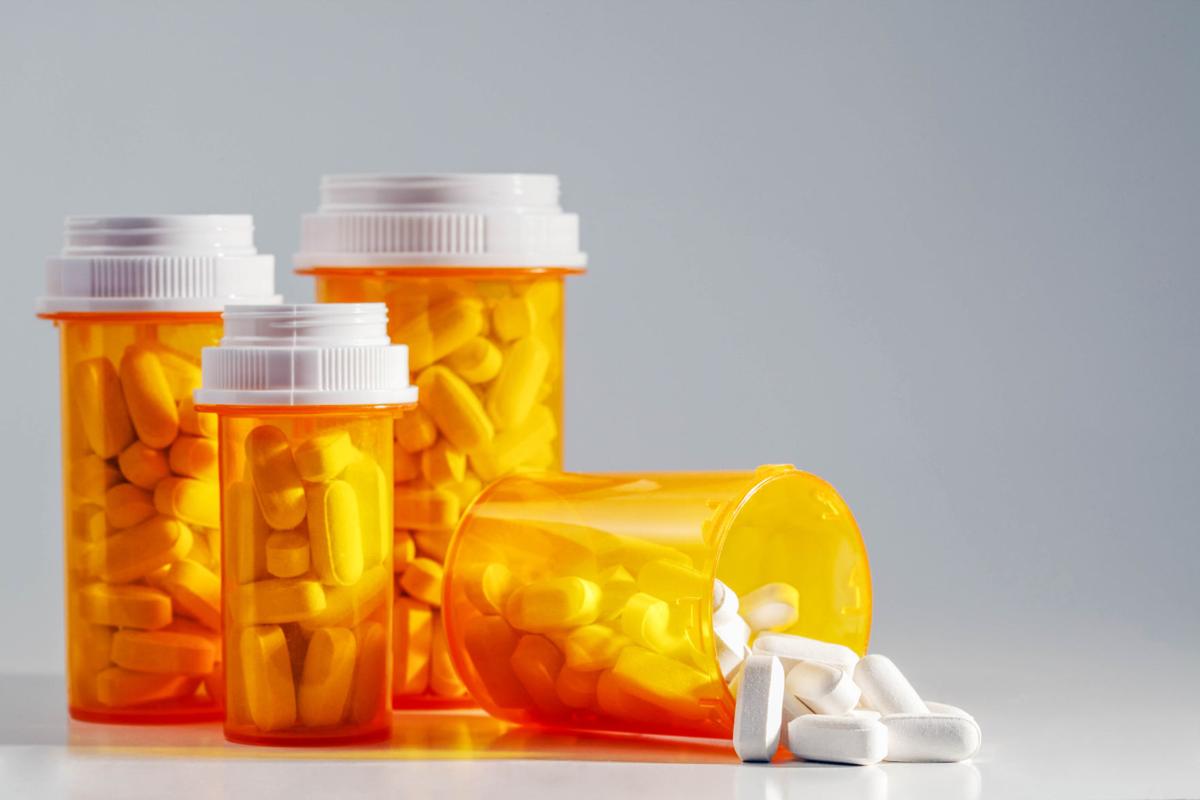 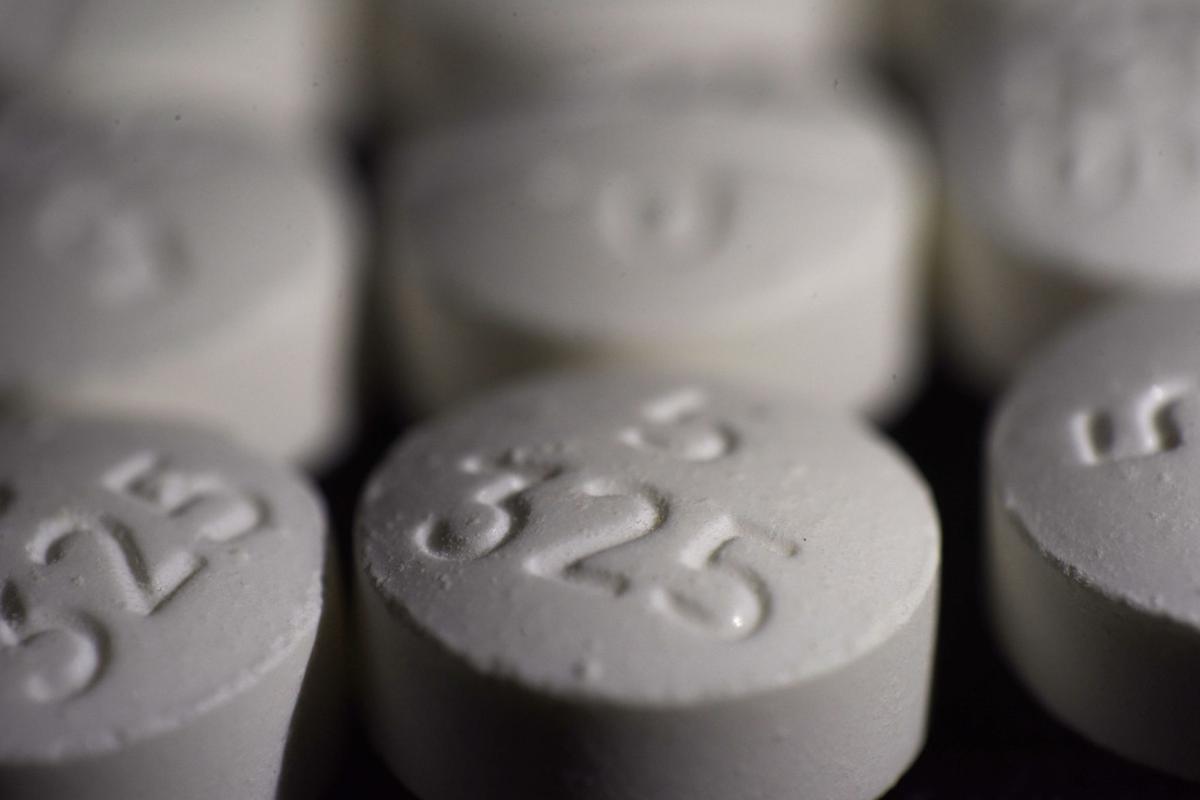 This Tuesday, Aug. 15, 2017 photo shows an arrangement of pills of the opioid oxycodone-acetaminophen in New York. (AP Photo/Patrick Sison)

This Tuesday, Aug. 15, 2017 photo shows an arrangement of pills of the opioid oxycodone-acetaminophen in New York. (AP Photo/Patrick Sison)

HUNTINGTON - In their effort to uncover detailed opioid distribution data in a massive opioid court case, HD Media and The Washington Post argue that the U.S. Drug Enforcement Administration and opioid manufacturers and distributors want the information kept secret to hide their respective roles in allowing the opioid epidemic to mushroom.

The two newspaper companies also argued in legal briefs filed with the U.S. Court of Appeals for the 6th Circuit that keeping the information from the public will hinder the public good that could come from disclosure. They also contend that blockage of the release of DEA data is undermining the presumption of transparency and openness of court proceedings and government records.

The briefs were filed last week by HD Media and The Washington Post to support their appeals of a ruling in July by U.S. District Judge Dan A. Polster that the information from the DEA's ARCOS database should remain under seal. Polster is overseeing more than 1,600 lawsuits alleging the pharmaceutical companies created the national opioid epidemic by pumping addictive opioid pills into local communities.

HD Media owns The Herald-Dispatch in Huntington and Charleston Gazette-Mail as well as several other papers in West Virginia.

The newspapers' briefs question the DEA and Justice Department's motive in blocking the information from being released, despite not making the same objection to previous data releases.

The two newspapers are asking to retrieve gigabytes of raw data from the DEA ARCOS database that would reveal the number of opioids drug firms shipped to pharmacies in counties in West Virginia and Ohio from 2006 to 2014. The data was turned over in three federal lawsuits filed against drug distributors and pharmacies in three counties, including Cabell County in West Virginia and Summit and Cuyahoga counties in Ohio.

The DEA and Justice Department, which were not named as defendants in those initial lawsuits, teamed with the drug companies to keep the pill numbers under seal, stating it would affect law enforcement efforts and cause competitive injury among the companies.

Lawyers for HD Media have argued the information was "stale" and could not jeopardize current ongoing investigations or harm drug companies' ability to compete. The two papers state Polster erred in his judgment to seal the data permanently.

The data could come out at trial, Polster had ruled, but at the same time the lawsuits are being pushed toward settlements. Even if there is a trial, there is no guarantee the ARCOS data would be admitted into evidence by either party, HD Media attorneys said.

The newspapers together question why the DEA is now attempting to block the data from becoming public.

It did not object to data supplied to the West Virginia Attorney General's Office and subsequently being turned over to the Charleston Gazette-Mail. That data was at the heart of Gazette-Mail reporter Eric Eyre's Pulitzer Prize-winning report that revealed between 2007 and 2012, distributors pumped 40 million doses of hydrocodone (sold under brand names such as Lortab) and oxycodone (OxyContin) to pharmacies in Cabell County. More than 780 million oxycodone and hydrocodone pills were dumped into the state from 2007 to 2012.

Washington Post attorneys Karen Lefton, Jonathan Dean and Timothy D. Smith said the report shows how revelatory the data can be by providing the public with a clear picture of the pill dumping that took place in their communities.

"Rather than causing corporate competitive harm or interfering with DEA law enforcement interest, the release of the stale West Virginia ARCOS data in 2015 brought the national opioid crisis to the public's attention and (led to) critical state and federal legislation to combat the epidemic," the attorneys wrote.

It could lead to the same results in other communities, they said.

The DEA argued that releasing the data would disclose which pharmacies use which distributor services and to what degree, opening up the prospect that other companies might poach their business. It would also give insight into the potential profitability of opening competition stores, thus harming existing pharmacies.

"The DEA and defendants' argument is purely speculative, unsupported by affidavit or other evidence," the plaintiff attorneys replied, pointing out the ARCOS data contains no pricing information from which current profitability could be calculated.

The DEA took little enforcement action during the time in which the counties are seeking data. However, the U.S. House Energy and Commerce Committee found in 2006 the DEA had only two diversion investigators assigned to West Virginia and they did not devote significant response to the state until 2015. The DEA said technical limitations and data errors at the time made it difficult to identify investigative leads.

"The DEA failed to disclose that it was not effectively utilizing ARCOS data for a decade when the opioid epidemic was exploding, yet argues that it needs to use it now," HD Media attorneys Patrick McGinley and Suzanne Weise argued.

The DEA failed to mention previously that criminal cases involving controlled substances are governed by a five-year statute of limitations, so asking for the data would not affect their investigations, the appeals stated.

The DEA had argued the media entities could have requested the data through a Freedom of Information Act request, but at the same time said it would object to providing the records under exemptions in the act, the appeal said. Some data is available online, the DEA said, but not to the same degree as the data handed over to plaintiff counties.

The Reporter's Committee for Freedom of the Press, which includes over 30 news media entities across the nation, has filed a brief in support of the position of the two newspapers.

"They all support the transparency that the Post and the HD Media (are seeking)," McGinley said Friday. "It is a remarkable group of media whose interest is in supporting the First Amendment and transparency."

The next step in the newspapers' case depends on whether the U.S. appeals court decides to order oral arguments, he said.

Cabell County and the city of Huntington are expected to go to trial in the case against several distributors, manufacturers and pharmacies sometime later this year.