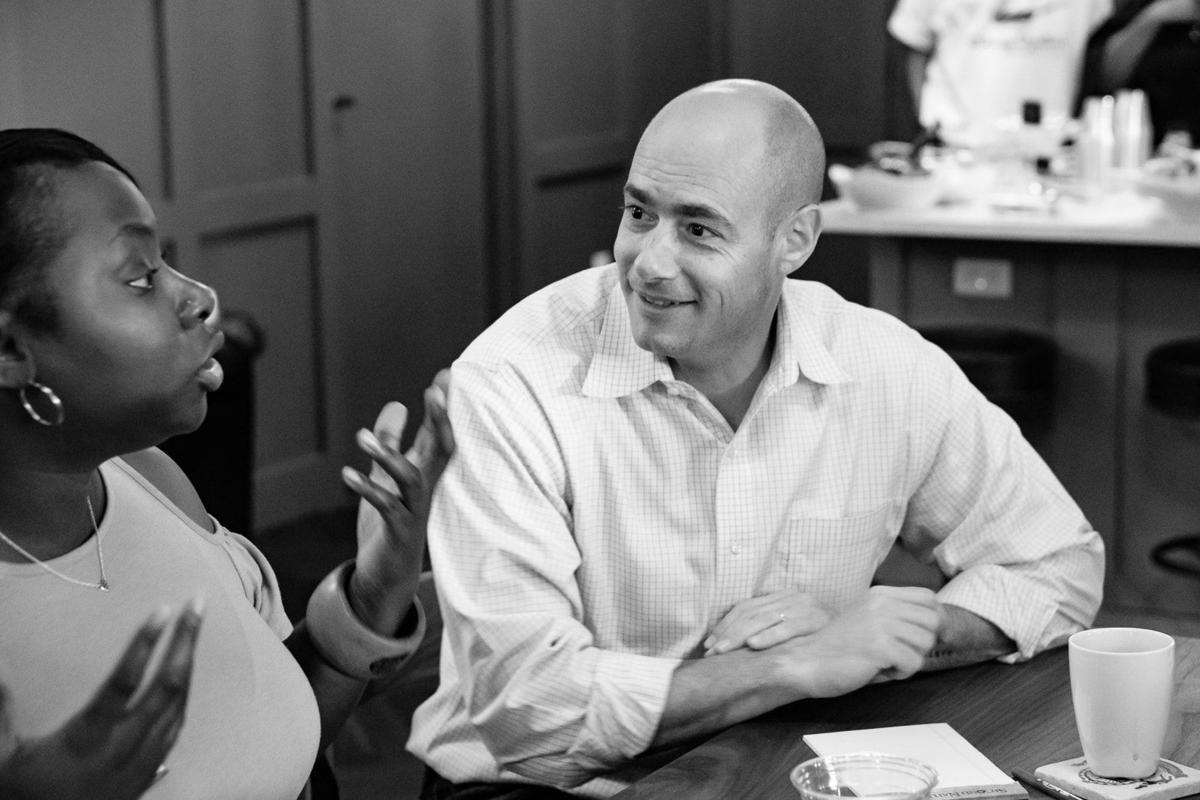 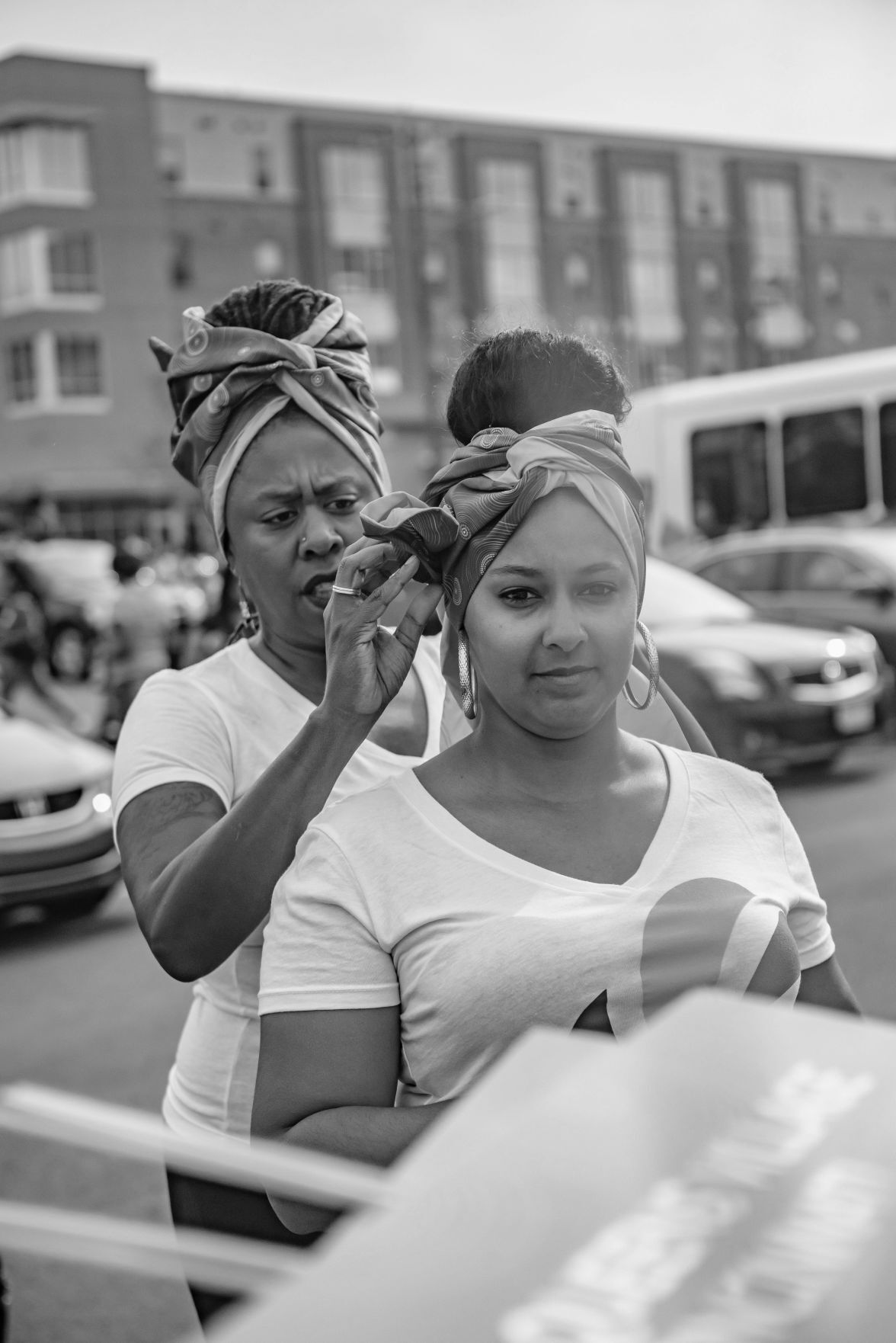 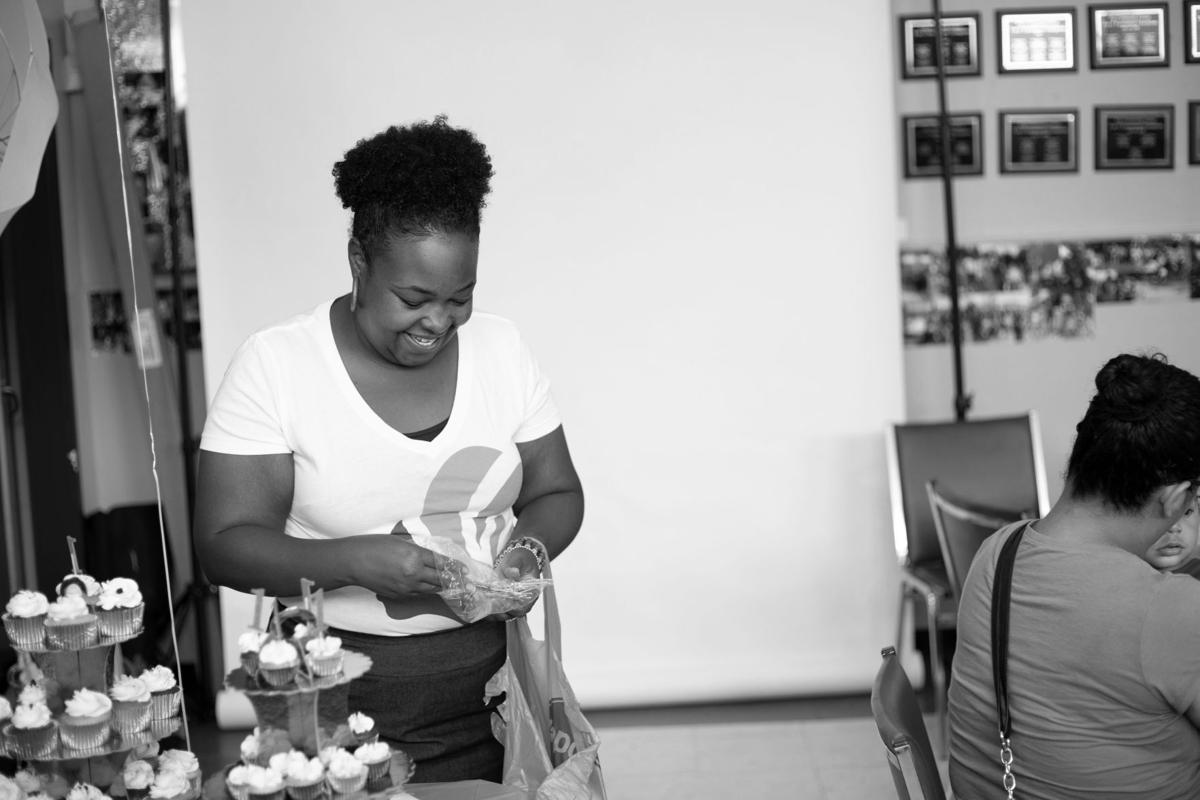 Lavenia Jones was at the grocery store when she ran into her former college professor, the one who made her fall in love with black studies her freshman year. Jones was six months pregnant, and she confided in Meredith Shockley-Smith that she was scared: She had been reading NPR stories about black mothers dying and learned that infant mortality rates where she lived in Ohio were among the highest nationwide.

“Black mothers are dying on the table, and I don’t want to die,” Jones, 32, says she told Shockley-Smith.

It turned out to be a fateful encounter: Shockley-Smith had recently been hired by a local collaborative called Cradle Cincinnati to decrease infant mortality in the Ohio city and surrounding Hamilton County. Shockley-Smith was set to host a first meeting of black mothers at her home, and Jones joined, becoming part of a 10-woman advisory board for the organization.

In 2011, the county had the United States’ second-highest infant mortality rate. Throughout the 2000s, about 125 infants died per year; 71, on average, were black.

“I don’t feel seen or heard,” both with prenatal care and in society, the women told Shockley-Smith. “I don’t feel valued.”

Studies published in the American Journal of Epidemiology, the Lancet to Ethnicity & Disease and elsewhere support the women’s conclusions. Women who lived closest to the epicenter of a 2015 earthquake in Chile had significantly higher preterm birthrates than those who were further along in their pregnancies or lived farther from the epicenter. A study of pregnant women in California with Arabic names in the months after 9/11, as discrimination toward Arab Americans soared, showed that the women experienced increased preterm birth and low birth-weight rates.

In its own analysis, Cradle Cincinnati found that the greatest risk factors in extreme preterm births — which are a big contributor to the infant mortality rate — were unexpected pregnancies, stress during pregnancy and implicit bias in prenatal care.

To counteract those stressors, the advisory board began developing “sacred spaces” — meetings and events for black women that came to be known as Queens Village. Cradle Cincinnati was working with medical providers and policymakers, but instead of government officials shaping the approach to black women’s maternal health, Queens Village was empowered to tell the government what pregnant black women needed.

“That doesn’t happen for black women in Cincinnati, probably nationally,” says Shockley-Smith, the director for community strategies at Cradle Cincinnati and Queens Village. “People ask you and then they say, ‘Oh, I’ll take that under advisement,’ and then they do whatever they wanted to do to begin with.”

Later in 2018, by the time Jones was recovering from her C-section and tending to her 3-week-old baby, Cradle Cincinnati was formalizing its commitment to listening to black mothers. It had a $25 million plan to fight infant mortality and learn how racism can lead to extreme preterm birth and infant deaths.

Cradle Cincinnati had been founded in 2012 to get the region’s health professionals, parents and caregivers on similar footing about the causes of infant death. Back then, the community did not have a source of quality information on infant mortality, and the medical community had many theories. Cradle Cincinnati’s executive director, Ryan Adcock, remembers a hospital administrator who had “made the common assumption that teen pregnancy was a big driver of infant death.” It is not.

By 2017, Cradle Cincinnati had initiated regional education efforts that utilized everything from radio spots to billboards and covered subjects such as infant sleep safety and spacing out pregnancies. Cradle Cincinnati trained providers in smoking cessation and hired four tobacco treatment specialists to work at prenatal sites.

Black infants across the United States continue to die at more than two times the rate of white babies.

“Black women were losing babies, no matter where they lived, no matter their educational attainment, no matter their economic attainment,” says Shockley-Smith. Babies born to well-educated middle-class black mothers are more likely to die in their first year than those born to poor white mothers with no high school diploma.

“It’s primarily a social issue,” Adcock says, “but the medical space has all sorts of opportunity to impact this social issue.” If a mother shows up for prenatal care and believes her provider is not listening to her because of her race, for example, that affects her pregnancy.

In the past two years, leaders from some of the largest maternity systems in the county have been meeting with black mothers for honest stories about how prenatal slights, racism and bias created stress in their pregnancies. Queens Village programs launched most intensively in pilot neighborhoods that previously had the highest rates of infant mortality. They hosted monthly events centered on black women, with catering companies and spaces owned by black women. There were mindfulness and yoga sessions, collaborative art projects, and quarterly brunches with quiche, scones, fresh fruit and shrimp and grits. “It’s really important to note,” Shockley-Smith explains, “that the gathering space down to the food served are fit for a queen.”

More than half the improvement in preterm birth countywide came from these three pilot neighborhoods. By 2019, the county saw its lowest levels of infant mortality, with a black infant mortality rate of 12.6 per 1,000 live births.

“There’s something valuable and powerful about walking into a room of beautiful brown faces, to make a real connection, feeling love,” Stevens said.

Stevens had postpartum anxiety after her daughter, now 4 years old, was born, but back then, she did not have the same support. She has been part of a mothers group she loves, but she was also the only woman of color in that group.

“There’s a different kind of energy and language and connectivity that other black women bring to your life,” Stevens says.

Of course, she’s been aware of bias during her pregnancies. Between the births of her daughter and her son, she married her boyfriend, who was there for the delivery each time. During the first, Stevens said, she felt that she was treated differently by the medical staff because she was seen as “black and unmarried.” During their son’s delivery, “we got treated differently. We got a little more respect,” she says.

It was not her first confrontation with bias during pregnancy. When Stevens was in graduate school in Cleveland, at 25, she miscarried at 20 weeks. She had gone to the hospital with bloody discharge and was monitored. She was told she may be experiencing preterm labor and was sent home. Three days later, when she was lying in bed at home, her water broke. It was too soon.

“And my baby is not here now,” Stevens said.

The what-ifs can be torturous. Through learning more about infant mortality at Queens Village, Stevens is aware of how often black women’s voices are negated, as if they don’t know their own bodies. “If I had pushed a little harder or been a little more assertive,” she says, “had they kept me in the hospital to monitor me more, maybe my baby would be here today.”

After a pregnancy and a restructuring at work, Danielle Gentry took a severance package to spend some time with her “rainbow baby,” following one previous stillbirth and a miscarriage. But after being at home for some time, she wanted something that took her out into the world. That’s when she found Queens Village.

Gentry sees it as a retreat. You leave “feeling more empowered,” she says.

Though she does feel she faced bias throughout her first pregnancy, she also knows her obstetrician, a black woman, was fighting for her. She had the support she needed at home, too. Not every woman does.

Thanks to a scholarship from Cradle Cincinnati, Gentry earned a community-health worker certification. She now gets to be a positive force for pregnant clients and attend appointments with them. Because of the coronavirus, pregnant mothers must come alone, without partners or other support. Gentry is there, though. She helps them navigate the new guidelines and tries to keep their additional stressors down.

Despite a community commitment to combating the ways racism affects pregnant black women, eliminating bias in a clinic is not easy. A hospital administrator’s pledge and ongoing training does not mean the entire medical team welcomes feedback about observed bias.

It is an issue Jones, who also trained to become a community health worker, understands well. She has gone to appointments, given emotional support, helped get bills paid. She has found herself answering the phone at 3 a.m. She sat with a mom for 12 hours after she lost her baby.

She noticed that both black and white nurses treated her white clients better than they treated the black mothers. But when Jones would bring up issues of bias at team meetings, she would be ignored or made out to be a villain. “It became a thing of bullying and harassment,” she said.

The bias she was dealing with — after being hired to help spot and alleviate bias — became so stressful that her typically benign heart condition began acting up. Jones left that job; she now works for the National Suicide Prevention Lifeline.

She still has a strong support system of moms within Queens Village.

“They validated me,” Jones said. “The Village definitely came through. I’m grateful to have them, you know?”

During the pandemic, Queens Village has moved online, establishing a buddy check-in system and a Wellness Wednesday Facebook Live series. Its moms have organized pods for their school-aged kids by grade level and neighborhood.

Two years ago, hospital systems in the Cincinnati area committed to determining how implicit bias affects infant mortality. This summer, George Floyd’s death in police custody boosted the movement, Shockley-Smith says, as those systems are among the thousands of institutions nationwide now forced to reckon with racism.

Shockley-Smith does not see the trauma of this summer’s violence as new. Black mothers were already worried about bringing their children into the world, Shockley-Smith says.

“It’s easy when you’re in race work to be tired and to feel overwhelmed,” she adds.

But finally, there seems to be a widespread acknowledgment of systemic racism as a public health issue, and Shockley-Smith says she feels hopeful.

There are some encouraging early results at home: So far this year, Hamilton County’s infant mortality and extreme preterm rates are down once again.