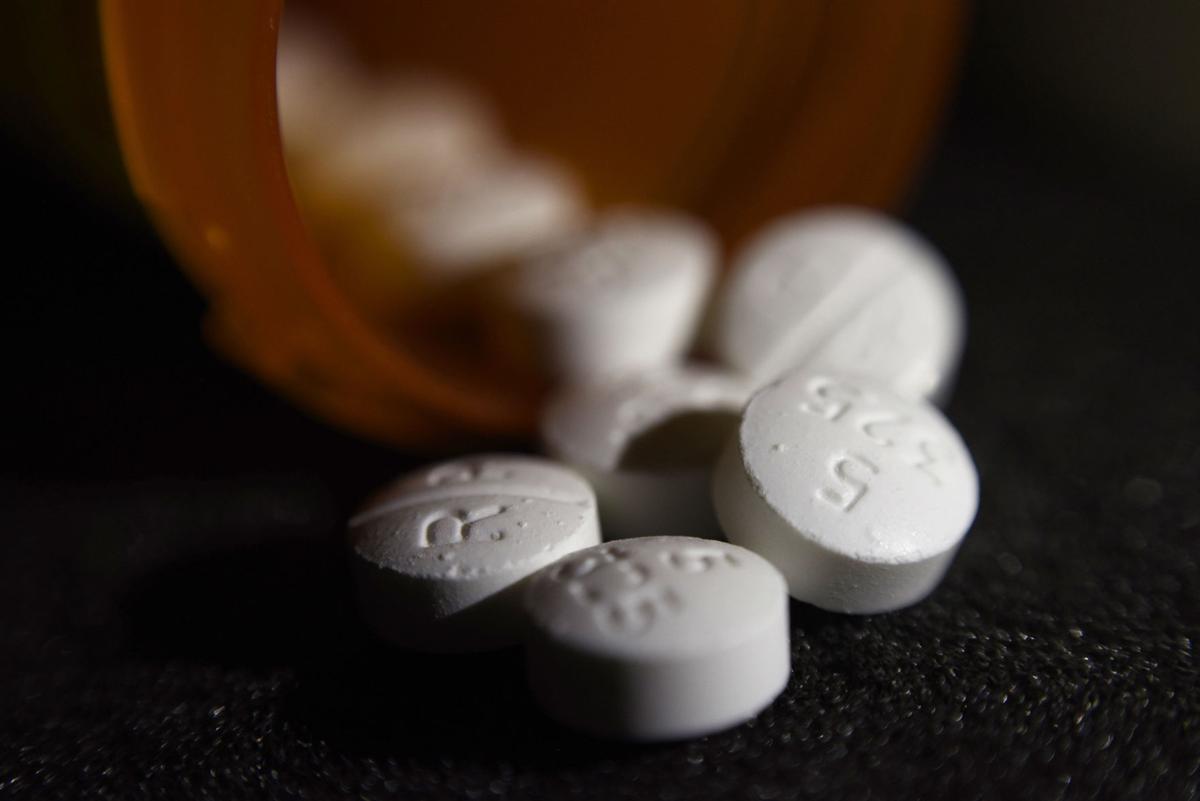 FILE - This Tuesday, Aug. 15, 2017, file photo shows an arrangement of pills of the opioid oxycodone-acetaminophen in New York. Newly released federal data shows how drugmakers and distributors increased shipments of opioid painkillers across the U.S. as the nation’s addiction crisis accelerated from 2006 to 2012. (AP Photo/Patrick Sison, File) 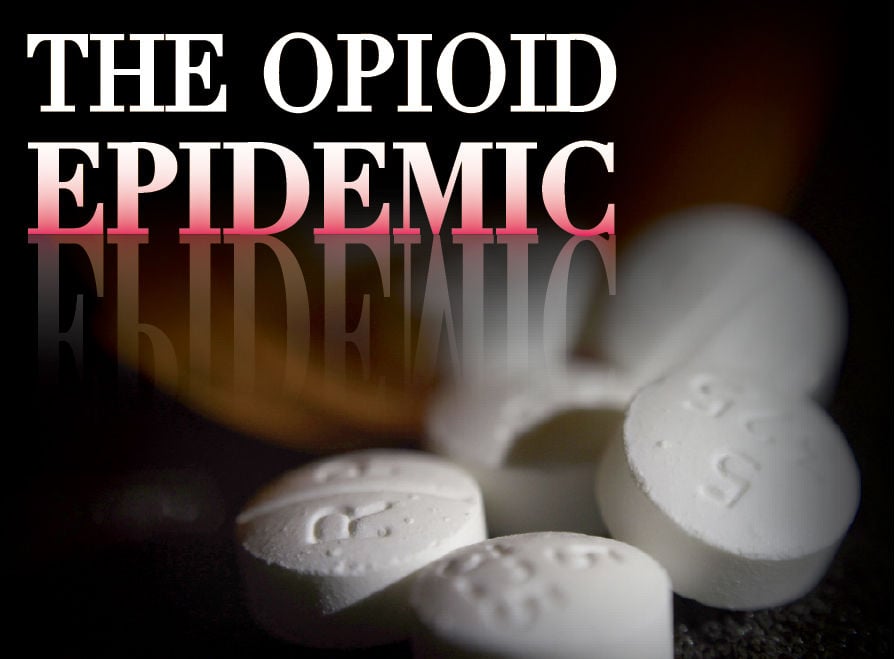 ASHLAND — Government data show during a seven-year period, more than 141 million opioid prescription pills were shipped to four rural Appalachian counties bordering West Virginia's southwestern border, which attorneys say fueled the opioid epidemic and made the area one of the most affected places in the country.

In those four counties - Boyd, Lawrence and Pike counties in Kentucky and Lawrence County, Ohio - two manufacturers made 80% of the pills, with Actavis Pharma Inc. creating 45% of the pills and SpecGx LLC accounting for 35%.

Distributor AmerisourceBergen accounted for more than a quarter of pills - 37.2 million - distributed in those counties, with more than 27.7 million of those being dispensed in Pike County alone.

Those who are addicted to prescription opioid painkillers are 40 times more likely to become addicted to heroin, according to the Centers for Disease Control and Prevention. When the number of prescription pills sent to the areas decreased, its users turned to illegal substances, like heroin, to cope with their withdrawal symptoms, contend plaintiff attorneys in about 1,800 lawsuits filed by local governments seeking damages from drug manufacturers and distributors for the opioid crisis.

The Drug Enforcement Administration's ARCOS data from which these statistics come was recently turned over to HD Media, which owns The Herald-Dispatch and Charleston Gazette-Mail, and The Washington Post after a year-long battle in which the drug companies and DEA wanted to keep the data out of the public eye after it was turned over to the plaintiff attorneys in those cases.

The Automation of Reports and Consolidated Orders System (ARCOS) is a DEA database that compiles transactions made by drug manufacturers, distributors and pharmacies.

U.S. District Judge Dan Polster - who is overseeing those federal cases - ordered data collected from 2006 to the end of 2012 be released earlier this month after the U.S. 6th Circuit Court of Appeals said his previous blanket order sealing the data was an abuse of power.

Companies shipped 1,901,662,933 pills to the commonwealth of Kentucky during that period, equating to about 61 pills per person per year.

Boyd County, Kentucky - population of about 48,000 - received 36,819,430 of those same prescription pain pills, which amounts to about 107 pills per person per year. That's about 10 more per person per year than seen in Cabell County, West Virginia. Manufacturer SpecGx also accounted for more than half of those pills, at 20.4 million, well ahead of Actavis, 8 million; Par Pharmaceutical, 5 million; Purdue Pharma, 1.2 million; and Amneal, 807,000.

Companies also shipped 12,053,770 pills to Lawrence County, Kentucky, with a population of about 15,700. That amounts to about 109 pills per person per year.

In 2017, Boyd County ranked the third highest in overdose deaths among Kentucky's 120 counties, with a rate of 64.6 per capita. Boyd County Coroner Mark Hammond said his statistics show the county had 38 deaths.

Across the river, the state of Ohio saw nearly 3.4 billion opioid pills dispensed in the state from 2006 to 2012. With a population of about 11.69 million, that amounts to about 41 pills per person per year.

In June, the Lawrence County Board of Commissioners was told drug overdoses in the county were significantly down from 24 in 2018 to just three as of June. County ambulance crews had to deal with 46 overdoses in April 2017. A year later, the number was 28, and just 19 at that time in 2019. They credited a quick response team, which helps connect people with drug counselors soon after an overdose.

The release of a massive trove of data from lawsuits over the nation's opioid crisis provides the most detailed accounting to date of the role played by the major pharmaceutical companies and distributors.

JACKSON, Ohio — The numbers are staggering: An average yearly total of 107 opioid pills per resident were distributed over a seven-year period in this rural Appalachian county.

The release of a massive trove of data from lawsuits over the nation's opioid crisis provides the most detailed accounting to date of the role played by the major pharmaceutical companies and distributors.

HUNTINGTON — Data collected from more than 250,000 transactions show 65 million opioid prescription pills were distributed in Cabell County over a seven-year period, with half of those being shipped by AmerisourceBergen, just one drug distributor named in lawsuits blaming drug firms for fueling the drug epidemic in the county.