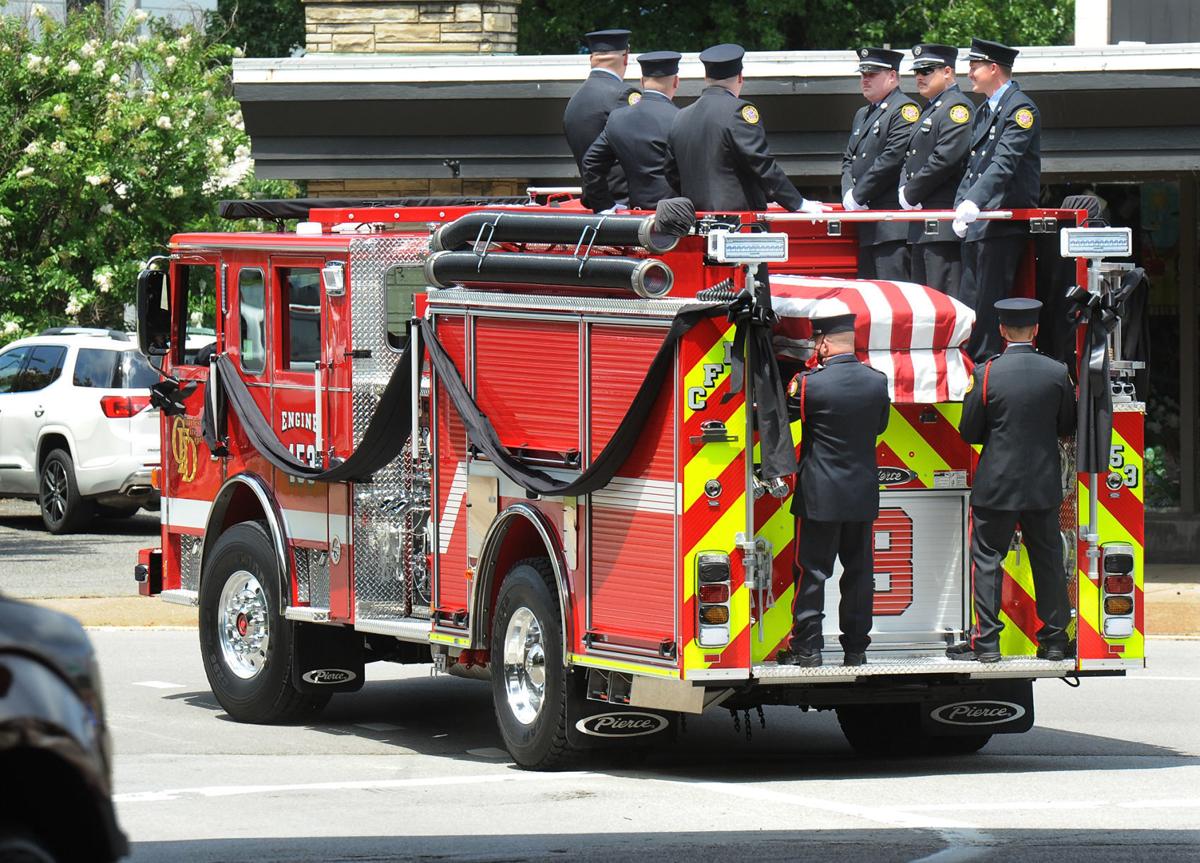 ABOVE: An engine from the Charleston Fire Department’s Station 3 carries the casket of firefighter/medic Jason Cuffee in a procession to Tyler Mountain Memory Gardens after his funeral Friday, July 24 at the Charleston Coliseum & Convention Center. 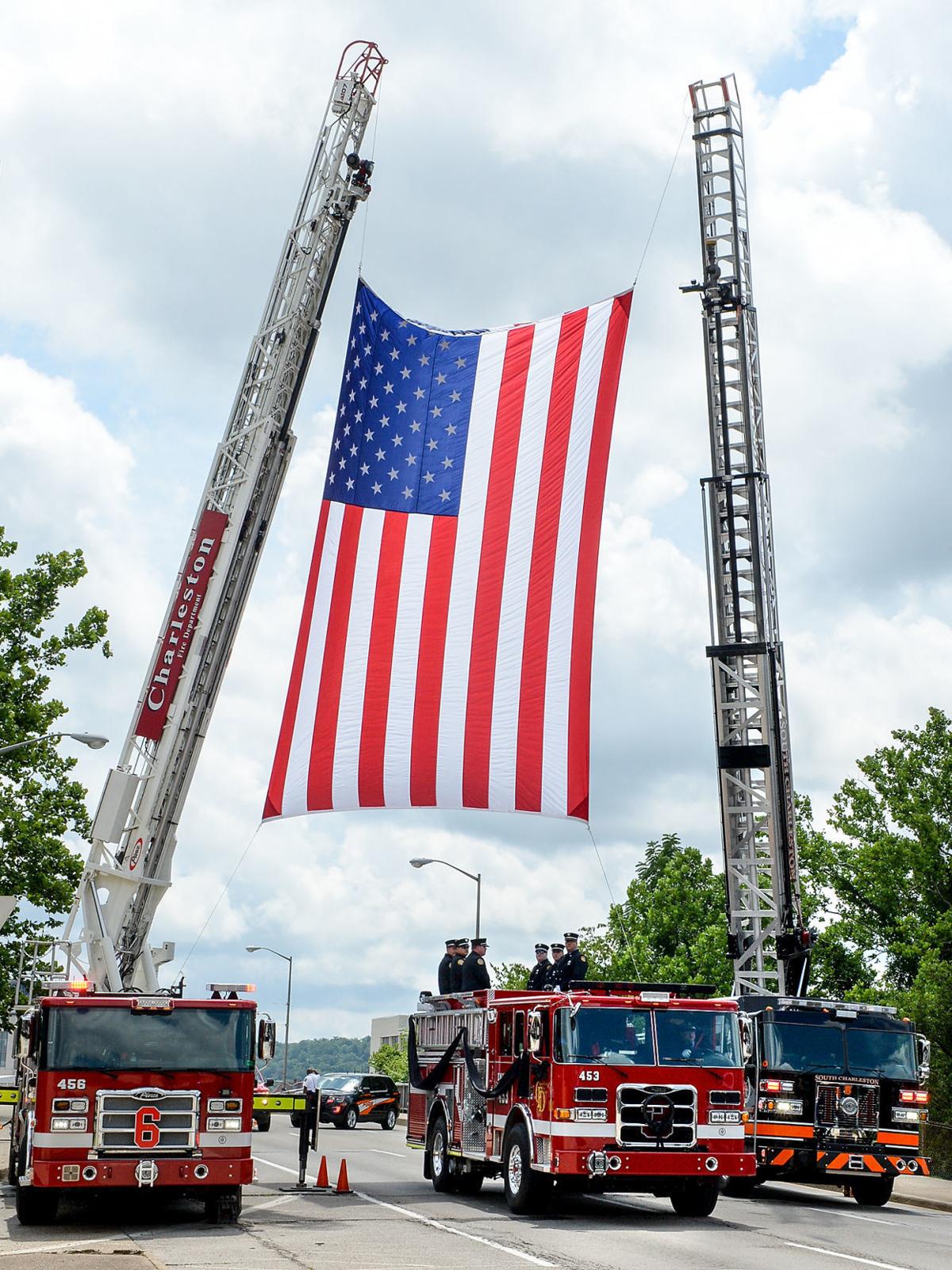 ABOVE: An engine from the Charleston Fire Department’s Station 3 carries the casket of firefighter/medic Jason Cuffee in a procession to Tyler Mountain Memory Gardens after his funeral Friday, July 24 at the Charleston Coliseum & Convention Center.

Cuffee’s family and friends were joined at the service by first responders from the area. The service, which included social distancing in the Charleston Coliseum & Convention Center, was streamed online via the city and fire department’s social media pages. Cuffee, 27, did not respond to a call for service early Monday while he was stationed at the Oakwood Road fire station. He later was pronounced dead at a local hospital.

A former sports standout at Poca High School, he had been with the fire department since 2015. A fire engine carried Cuffee’s casket in a procession to Tyler Mountain Memory Gardens in Cross Lanes.