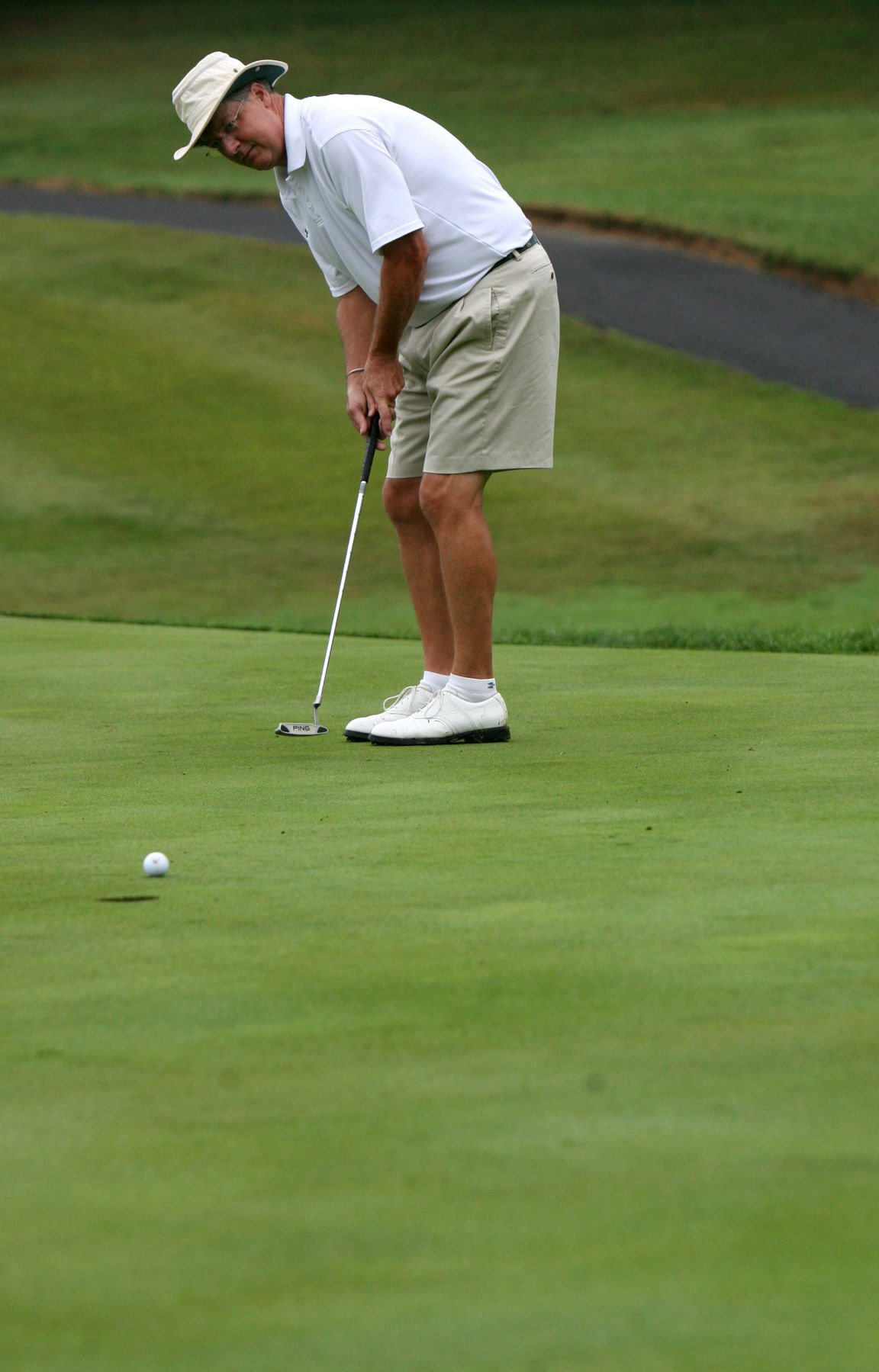 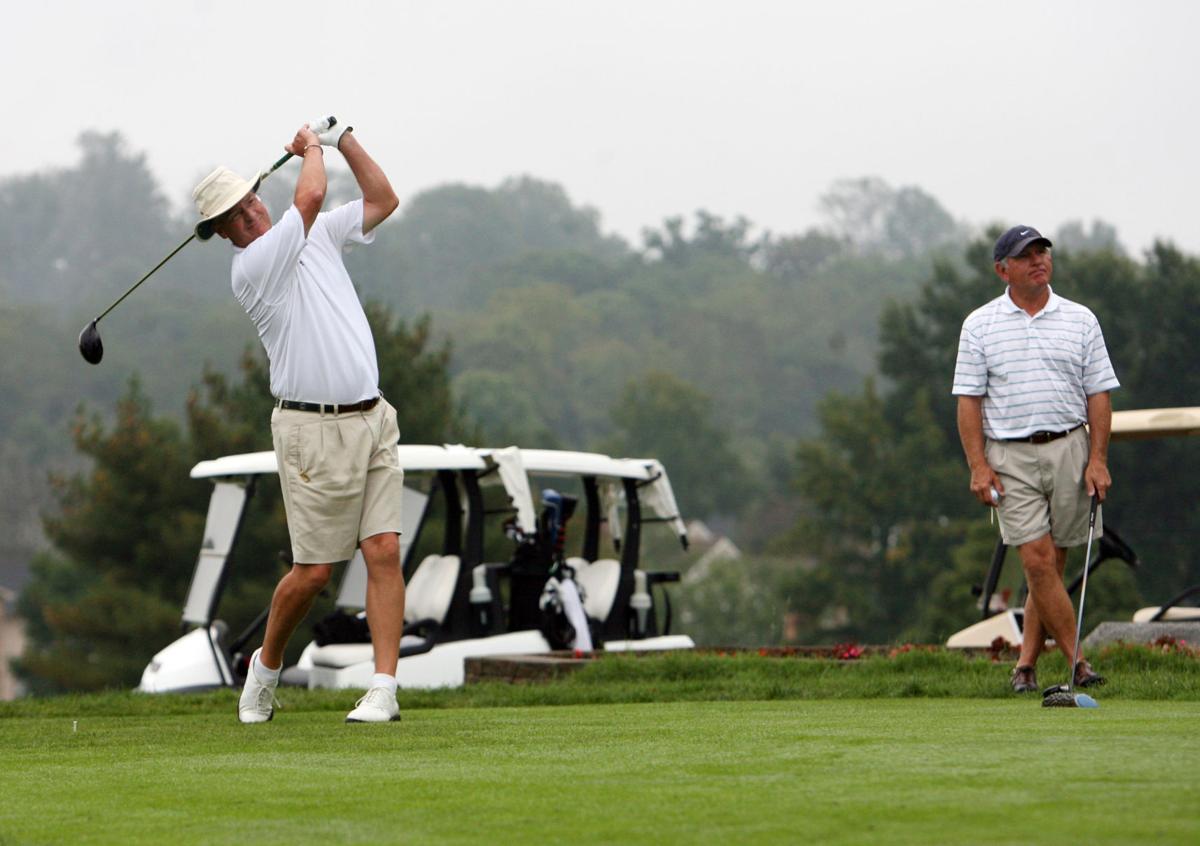 At left Harold Payne of Hurricane tees off at the first hole during the West Virginia Senior Amateur golf championship matches at Guyan Golf and Country Club in 2009. 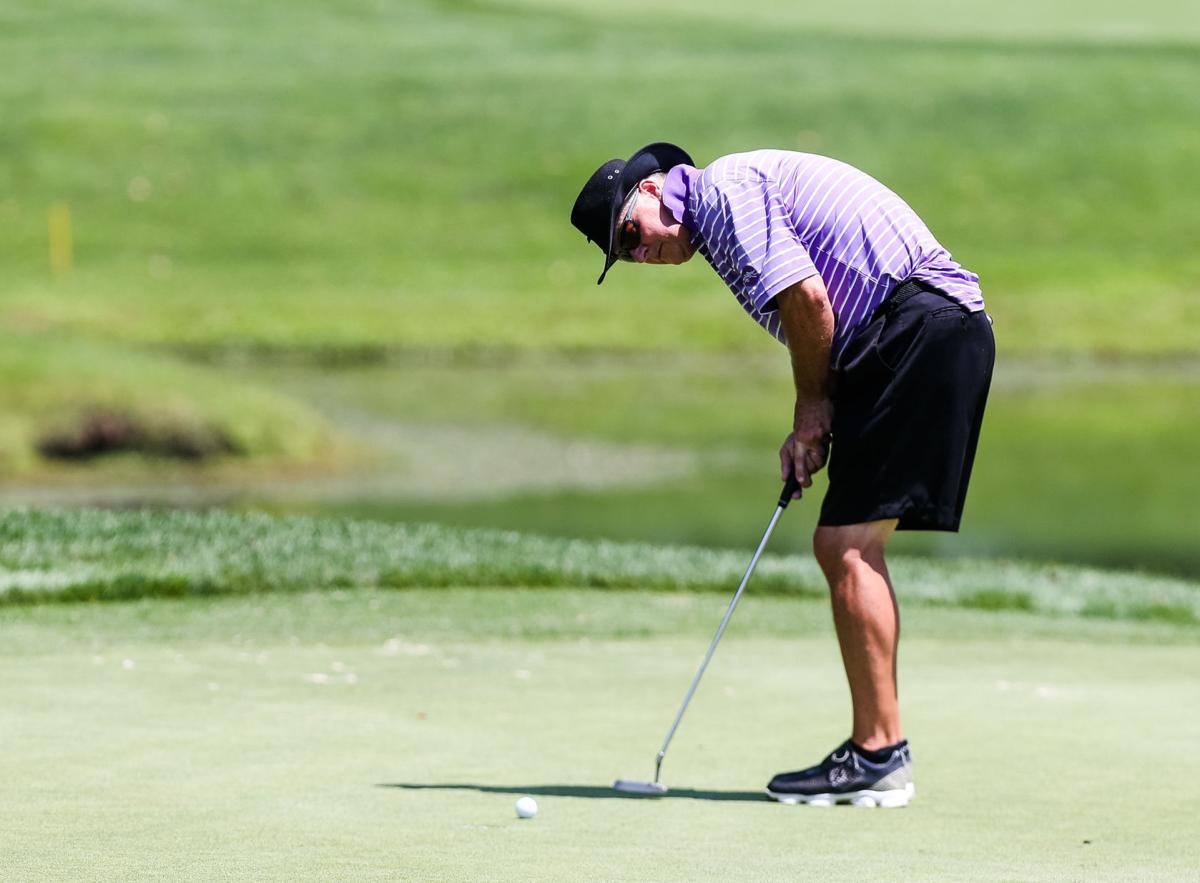 Harold Payne putts during the first round of the West Virginia Open Championship at Sleepy Hollow Golf Club in Hurricane in 2016. 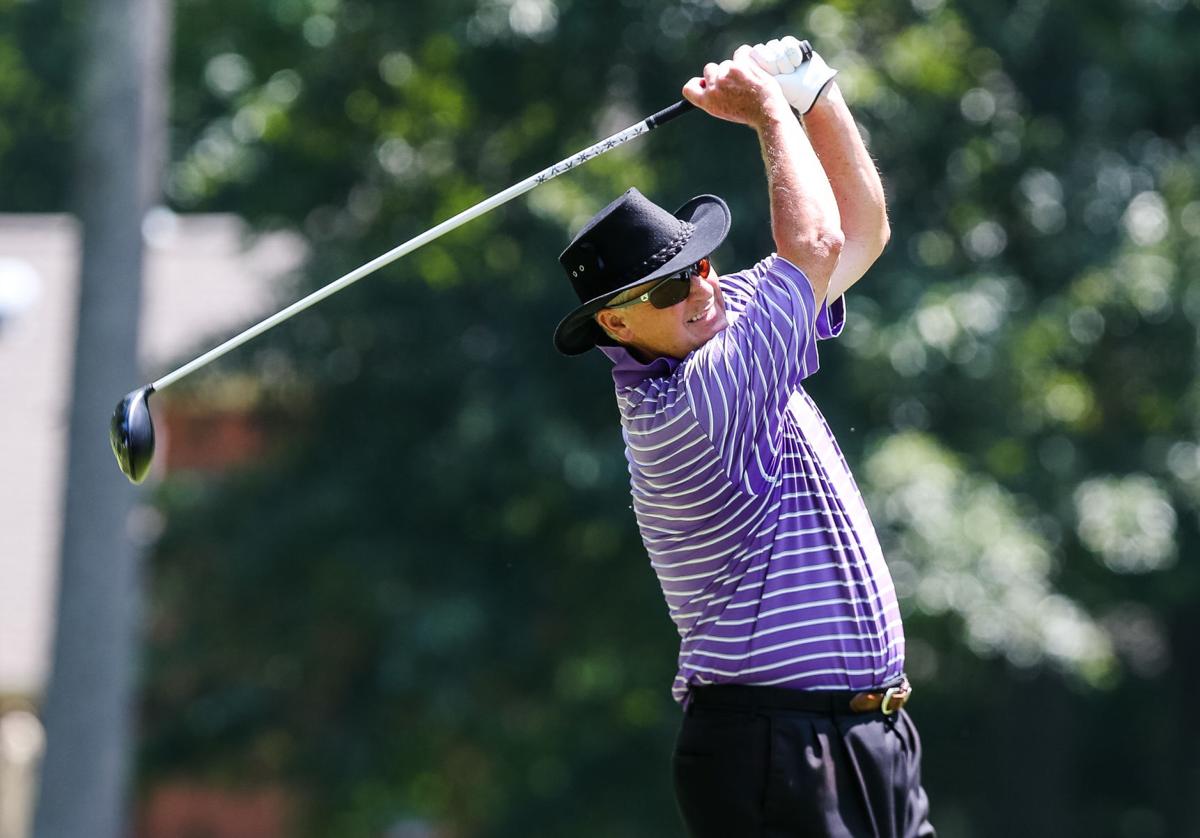 Sholten Singer/The Herald-Dispatch Harold Payne hits a tee shot during the first round of the West Virginia Open Championship on Wednesday, July 20, 2016, at Sleepy Hollow Golf Club in Hurricane.

At left Harold Payne of Hurricane tees off at the first hole during the West Virginia Senior Amateur golf championship matches at Guyan Golf and Country Club in 2009.

Harold Payne putts during the first round of the West Virginia Open Championship at Sleepy Hollow Golf Club in Hurricane in 2016.

Sholten Singer/The Herald-Dispatch Harold Payne hits a tee shot during the first round of the West Virginia Open Championship on Wednesday, July 20, 2016, at Sleepy Hollow Golf Club in Hurricane.

In many ways, it feels like the West Virginia Amateur is entering a new era.

Having celebrated its 100th edition a year ago with Mason Williams becoming the youngest winner since 1966 at age 19, the state’s championship has put a century of history behind it with a hoard of talented youngsters poised to duke it out in the coming years.

At age 65, Harold Payne can appreciate that and so as he celebrates his own personal milestone by teeing it up for the 50th time in the event on Tuesday, he will do so knowing it will be his last.

It’s a decision that Payne is comfortable with and one he came to on his own terms.

“My game is not nearly what it used to be,” Payne said. “I always told [the WVGA] — when they came out and said if you win the Amateur you get a lifetime exemption — I told people I would never abuse that. There’s too many good young players coming up that deserve the right to be there and see what they can do.

“It was just time. 48 [West Virginia] Opens is enough. 50 Amateurs, if I’m lucky enough to tee it up on Tuesday is enough. My day in the sun is gone and it’s time for me to sort of head into the sunset.”

The accomplishments are certainly storied for Payne, originally a native of South Charleston and now a resident of Hurricane. Payne was an All-American at Marshall in 1975 and 1976. He was inducted into the Marshall Hall of Fame in 1989.

But over the years, as it does with most players, the West Virginia Amateur endeared itself to Payne as the one tournament each year that required the most attention.

“The Amateur was that one tournament a year you wanted your game to peak for and it’s so hard to make that happen,” Payne said. “Putting, driving, course management, thought process — all of that goes into playing good golf and if it’s not clicking that one week … 52 weeks out of the year and you have to make it happen that one week. I was fortunate that it came together for me several times over the years.”

Payne said he will continue to participate in the WVGA’s senior events and that he isn’t ready to give up the game by any means.

But when he stands on the first tee box on Tuesday, he admitted he expects it to be a bit emotional, knowing it will be his last time at the state’s championship.

“I’m an emotional guy and I think it will be,” Payne said. “I can still remember my first tee shot in the Amateur. I was 14 years old, it was 1969 and I had a 7:30 tee time. The fog had not even cleared, I’ll never forget it. I was playing with a pastor and he was a member at Berry Hills. There would be a guy that stood on the tee to watch your ball go off and he’d yell, ‘Straight, left or right,’ and there was somebody standing in the landing area that would locate your ball. They would never let anything like that happen now, but that was my first tee shot in the Amateur. I shot 77, so I was pleased.”

Maybe more so than the wins, the trophies and the headlines, it’s memories like that one that has endeared the tournament to Payne and so many others over the last century. While the West Virginia Amateur is prestigious in the realm of West Virginia golf, it doesn’t do much beyond that scope.

And it’s also the last place where an insurance salesman or a banker or a lawyer is a competitor.

As the morning sun kisses the dew burning off the grass at arguably West Virginia’s holiest of golf battlegrounds, The Greenbrier, that nostalgia and that competitive fire will fill Harold Payne one last time. And no matter his score next week, his mark on the game in the state and his influence on the players that followed are undeniable.

“I think the biggest thing is that competition,” Payne said. “I played sports my whole life. I played team sports and played basketball in high school. But golf is a sport that’s a solitary sport. You learn to play and compete and that’s outside of business and family, it’s that competition you always yearn for. I think that’s probably the thing that kept me going all those years.”