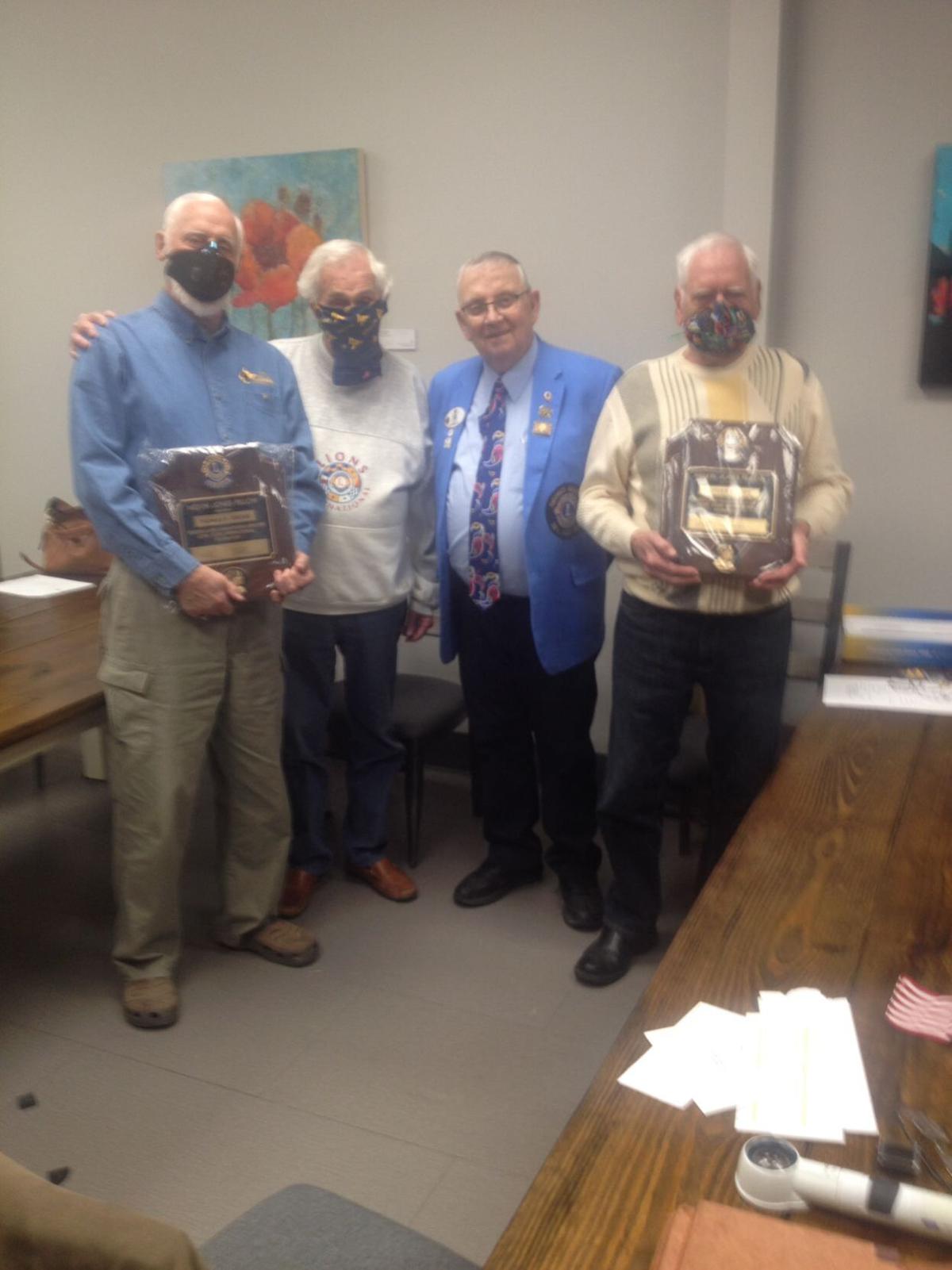 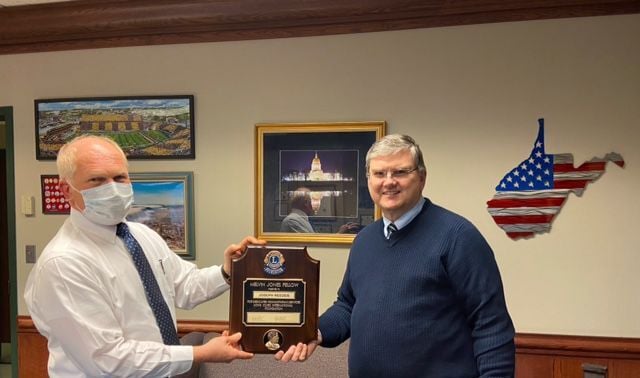 At a regular meeting of the Scott Teays Lions Club on Jan. 4, select Lions were presented with Melvin Jones Awards.

Lions Luther Cope, Tom Owens and Judge Joe Reeder received the award for distinguished service to their club and/or the community. Judge Reeder received his award in his office the next day.

Lion Bill Hensley, who had received the award previously, received the M.J. Progressive Award for continued service to his club and community.

Melvin Jones was the founder of Lions Clubs International.

The awards were supposed to have been presented in October during a joint meeting with the Winfield Club, but COVID-19 had delayed operations at the Lions Clubs International Foundation and the awards were not available. District Governor Ron Grubb was at that meeting. So, the Governor and his wife, Lion Mary, traveled all the way from Morgantown to make the presentations because he thought it was important. Lions don’t do what they do for awards but it is nice to be recognized.

Lions are in the business of helping deserving people receive eye care and eyeglasses and helping the blind and sight impaired live better and productive lives.

Lion Bill Hensley commented that “I once asked a friend if he would be interested in joining my Lions Club. I said, ‘Do you know what we do?’ He said, ‘You guys sell Christmas trees and hot dogs.’ That’s true, but only to do many community services.”