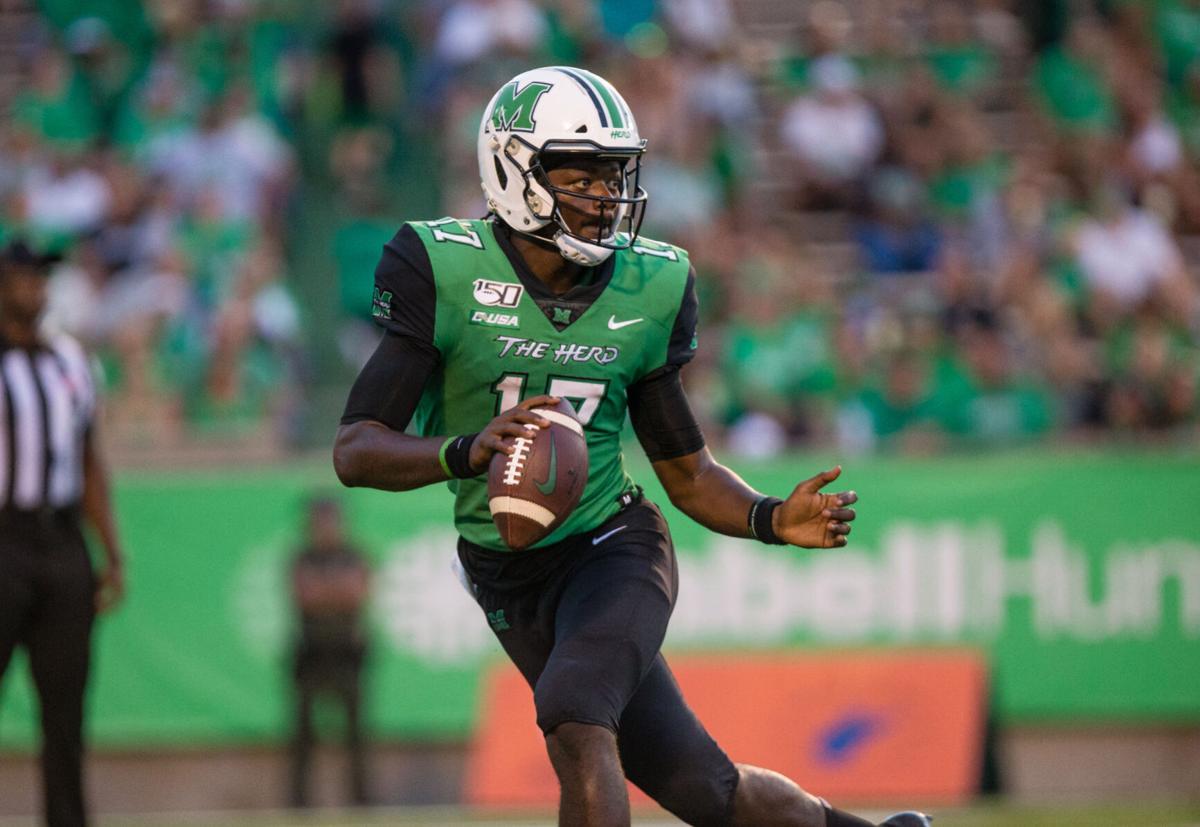 Marshall quarterback Isaiah Green drops back to pass during an NCAA football game against VMI in 2019 at Joan C. Edwards Stadium in Huntington, W.Va. 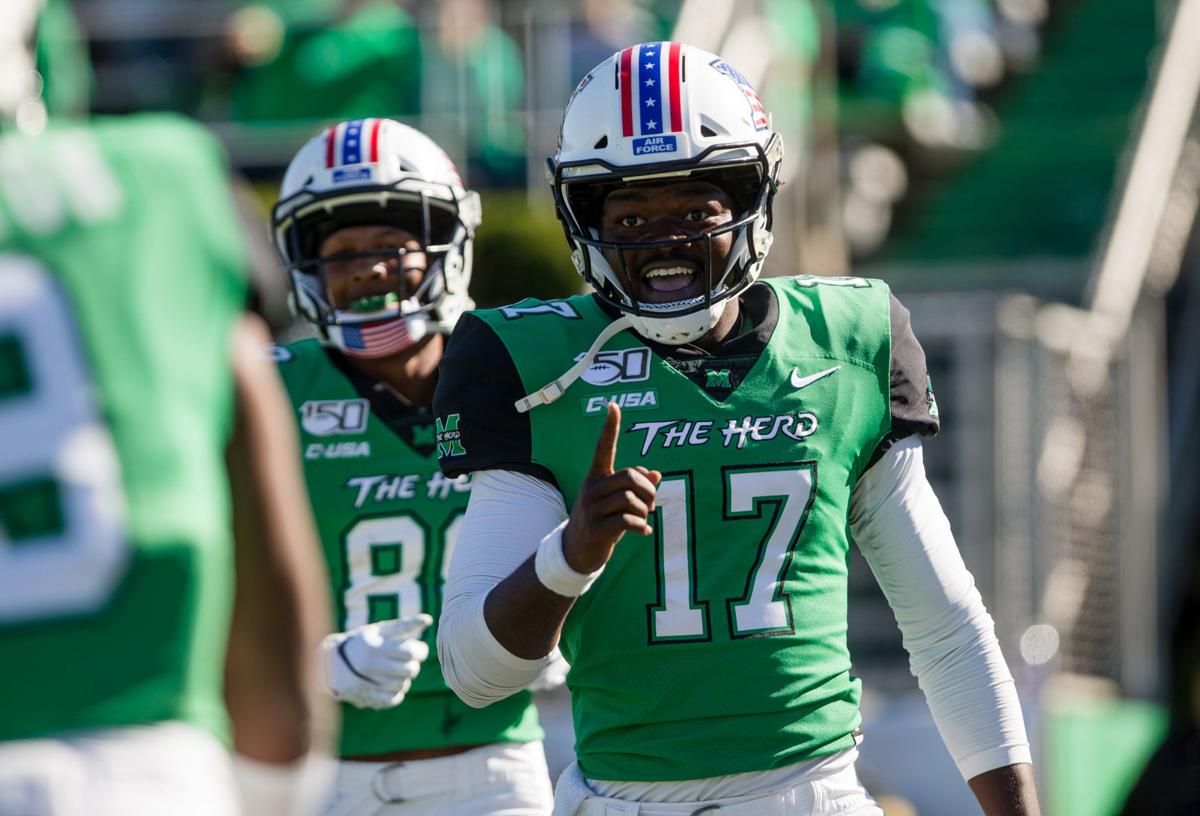 Marshall quarterback Isaiah Green celebrates after a rushing touchdown against on Old Dominion during a Conference USA football game in 2019 at Joan C. Edwards Stadium in Huntington, W.Va.

Marshall quarterback Isaiah Green drops back to pass during an NCAA football game against VMI in 2019 at Joan C. Edwards Stadium in Huntington, W.Va.

Marshall quarterback Isaiah Green celebrates after a rushing touchdown against on Old Dominion during a Conference USA football game in 2019 at Joan C. Edwards Stadium in Huntington, W.Va.

HUNTINGTON — Marshall football is 45 days away from its scheduled season opener with East Carolina on Aug. 29.

If that game does indeed take place as planned, the Thundering Herd will take the field with a new starting quarterback.

The department said it would have no further comment on Green’s exit.

Green departs the program after two years as the starting quarterback. During his two seasons, Green played in 23 games, starting 22 of them. Marshall posted a 15-8 record in games in which Green appeared.

While Green started every game last year, consistency issues down the stretch of the 2019 season were costly as he failed to complete 50 percent of his passes in each of his last three games.

In a rain-soaked contest at Charlotte, Green went 6 of 17 for 86 yards and two interceptions during a 24-13 loss that knocked Marshall out of the lead in Conference USA’s East Division.

The following week, Green was 9 of 20 for 90 yards and a score in an overtime win over FIU.

His struggles continued in the Gasparilla Bowl against UCF when his first pass was intercepted and returned for a touchdown in Marshall’s 48-23 loss. He finished 9 of 23 for 173 yards with a touchdown and two interceptions in that game.

Green’s late-season struggles had Marshall looking at an open quarterback competition between him and George Washington’s Grant Wells leading into the 2020 season.

It was a competition that was expected to play out in spring, but the COVID-19 pandemic wiped out spring practice, resetting the battle for the extended summer access period.

The 6-2, 207-pound quarterback from Fairburn, Georgia, earned the starting nod during his freshman season, beating out highly touted graduate transfer Alex Thomson in the 2018 competition.

During his freshman season, he played in 10 games, starting nine of them while missing three games due to injury. He finished 187 of 330 for 2,459 yards with 15 touchdowns and 10 interceptions in 2018.

Green’s exit leaves Wells in position to assume the starting quarterback role with Luke Zban currently serving as his backup.

Marshall is expected to enter the second phase of its mandatory summer access, which includes walk-throughs and use of a football, on Friday — two weeks prior to Marshall’s first eligible day to practice for the 2020 season (July 31).